“Johnson has received the great acclaim for choreographing operas performed by the New York Metropolitan Opera.  Those operas include La Giaconda, starring Martina La Rowa and Aida, which starred Leontyne Price.  In movies, he choreographed Cotton Comes to Harlem and The Wiz, starring Michael Jackson and Diana Ross.  In addition to his work in New York City, Johnson has mounted ballets for the Cincinnati Ballet, the Alvin Ailey American Dance Theatre, the Joffrey Ballet, Philadanco Dance Company, the Dance Theatre of Harlem, and the Atlanta Ballet Company.  In 1980, he started Henry Street Settlement’s Dance Department in New York City.  He continued to work there until 2003.  He also taught the first Black theatre course at Yale University and started Howard University’s Dance Department in Washington, D.C. Johnson’s honors include the Pioneer Award from the International Association of Blacks in Dance at the Kennedy Center in Washington, D.C.; an honor from the California chapter of the NAACP for his work with the original Negro Ensemble Company; and a special night honoring him from Ashford and Simpson.  His directorial credits include Porgy and Bess, Miss Truth, Jazzbo Brown, Time in the Wind and Ebony Game.” “With the inimitable Pearl Bailey as the unpredictable Mme Fleur, hostess of the bordello that gave its name to the show, House Of Flowers opened on December 30, 1954, at the Alvin Theatre in New York City, bringing along with it a sunny Caribbean setting, its warm colors and exotic sounds, and the wild antics of its star. If the storyline – the coming of age of a young, innocent girl who lives in Mme Fleur’s house of ill repute – was deemed too light to justify a lengthy Broadway run (the show played 165 performances), it gave composer Harold Arlen the opportunity to “produce one of his most original and masterly achievements,” in the words of Truman Capote, who based the book on a short story he had written. Diahann Carroll, making her Broadway debut.” House Of Flowers opened on December 30, 1954, at the Alvin Theatre in New York City. 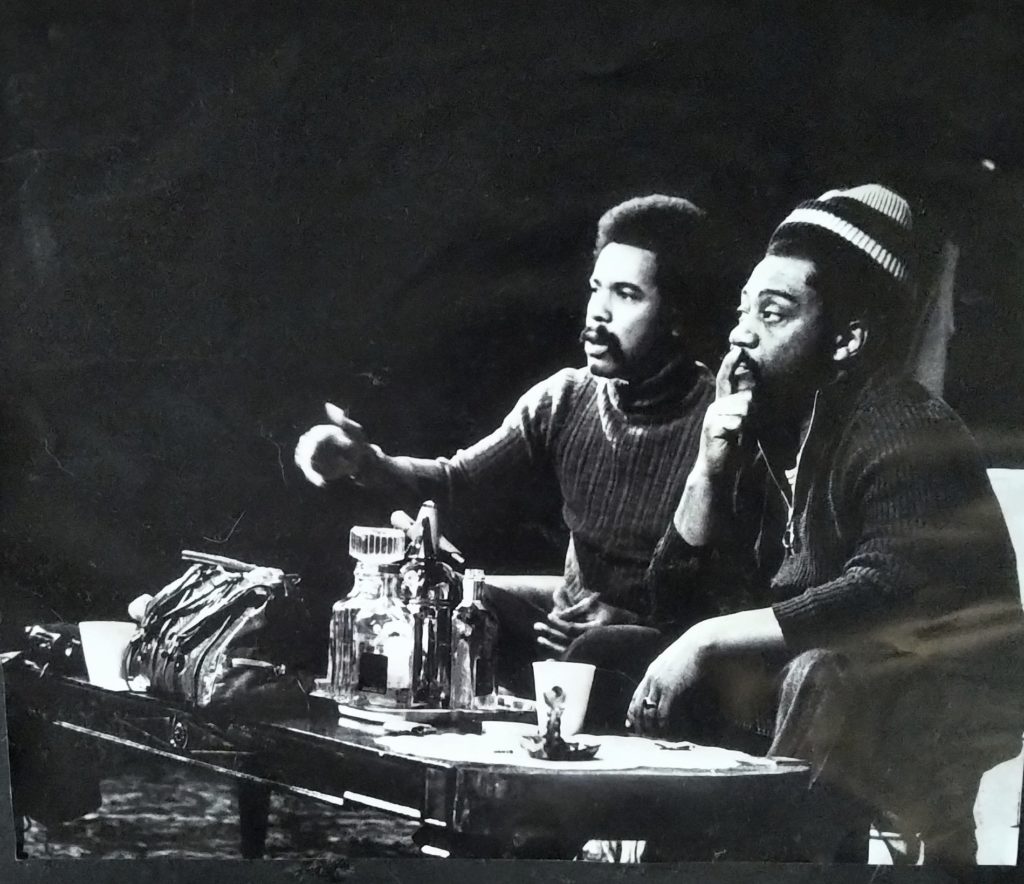 The Negro Ensemble Company (circa 1967-68.) Robert Hooks with legendary choreographer Louis Johnson as he creates Stage Movement for our amazing ensemble actors in “Song of the Lusitanian Bogey” NEC’s very first play! Louis was with the company for decades providing brilliant choreography and mesmerizing stage movement for our productions.