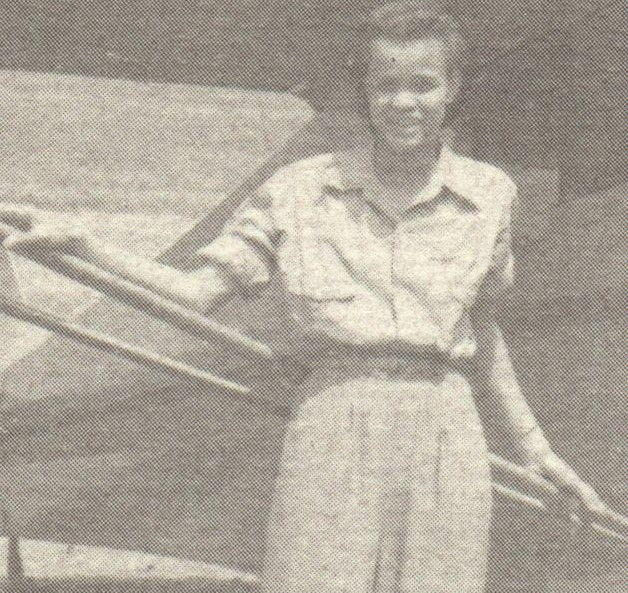 Dorothy Layne McIntyre enrolled in West Virginia State College where she completed a bachelor’s degree in Business Administration. She was accepted into the Civilian Pilot Training Program offered by the college where she received a pilot’s license from the Civil Aeronautics Authority (CAA) in 1940, becoming one of the first black licensed pilots among American women. This accomplishment fulfilled a lifelong dream that began as a child.

Mrs. McIntyre was born on January 27, 1917 in LeRoy, New York to Lena Hart Layne and Clyde Edward Layne. When she was young her mother passed away, leaving Dorothy and her older sister, Ruth, to be raised by their father. The two girls lived with their grandparents until their father was remarried to Mae Alexander. Together, the new couple had a son, Clyde Edward.

Growing up in what Mrs. McIntyre described as an area that “wasn’t as segregated as the South,” she would attend annual air shows at the LeRoy Airport, which began her love for flying and aviation.  On occasion, she would take flights with aviators in the area.

During the 1939-1940 school year, the CAA introduced a cadet flying program at the her college that permitted one woman to train with each group of 10 male students.Mrs. McIntyre eagerly applied and was accepted for the program which was being conducted at Wertz Airport in Charleston, West Virginia.

“When they brought the flying course to the school, a lot of people applied. You had to be strong in math and science skills and you had to pass the physical, which was very strenuous,” said Mrs. McIntyre. 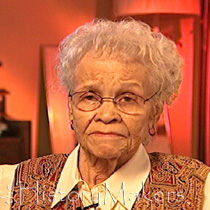 After graduating from college in 1941, Mrs. McIntyre logged additional flight hours in Rochester, New York and Cleveland, Ohio. During World War II she taught aircraft mechanics at the War Production Training School No. 453 while working full-time as a secretary for the Baltimore Urban League in Baltimore, Maryland. She applied for admission to WASP, a program staffed by women pilots who ferried bombers during the war, but was denied because of her race.

Upon graduation from college, Mrs. McIntyre was hired to work as a bookkeeper in Cleveland, Ohio.  She soon met and married Francis Benjamin McIntyre. It was during her husband’s tour of duty overseas in World War II that Mrs. McIntyre moved to Baltimore to live with her sister. During her lifetime, she had successful careers as an independent accountant, bookkeeper, social worker and a Cleveland Public School teacher, from which she retired in 1979. 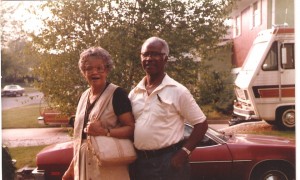 Benny and Dorothy McIntyre. They were married for 62 years.

Mrs. McIntyre is a member of the Tuskegee Airman’s Alumni Association and was profiled in the 2001 publication of the book Distinguished African Americans in Aviation. She was also the subject of the dance production, Take-Off From a Forced Landing, created by her daughter, award-winning choreographer, Dianne McIntyre. 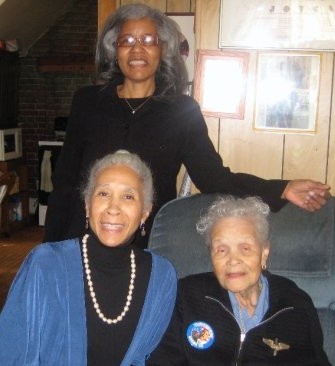 Donna, Dianne and Dorothy McIntyre (M other and daughters )

Among her many awards and honors is the Bessie Coleman Award, inclusion in the International Women’s Air and Space Museum at the Cleveland’s Burke Lakefront Airport, induction into the Cleveland Educators and Alumni Hall of Fame, and recognition by the Tuskegee Airmen North Coast Chapter 17.  Mrs. McIntyre has two daughters, Dianne and Donna, two granddaughters and three great grandchildren. Her husband passed away in 2006. She currently makes a few appearances at functions and gives informal, impromptu speeches.  She continues to live in Cleveland, Ohio. 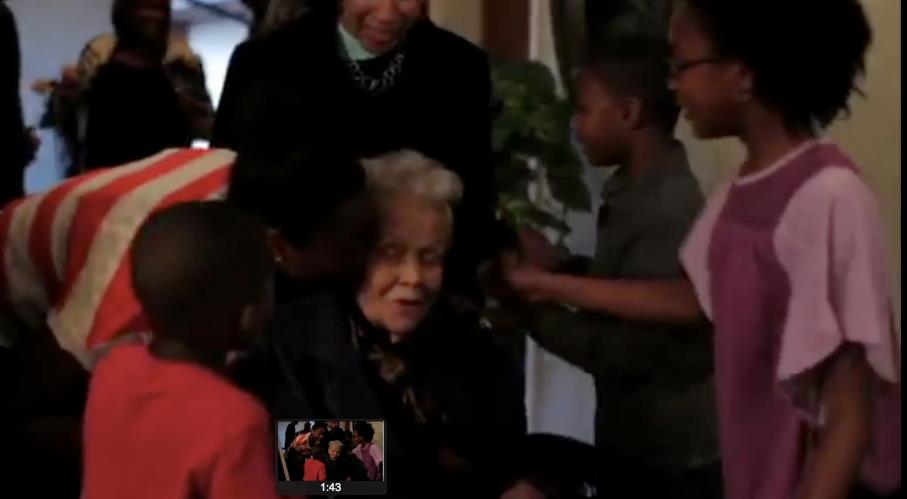 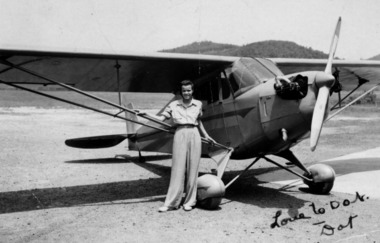 Dorothy Layne McIntyre next to her single-engine Piper Cub at West Virginia State College in 1940. She was a member of the Tuskegee airman. the slug is L07air. 07Lair