“British architectural artist and autistic savant, as he is known for being able to redraw entire landscapes from memory.

Looking at his drawings knowing such information about his life, will one now look at his drawing with a different perspective?  Would people attribute his talents as a “Super Crip”, or as Barbara Hillyer describes as an individual who succeeds “brilliantly beyond what seems to be immovable barriers to their ‘normal’ functioning.”

The term itself is problematic, as it feeds into the common “kill or cure” paradigm, in which a disability is seen as something that one should get rid of and overcome, not just as another humanly characteristic as seen through the Social Model.” 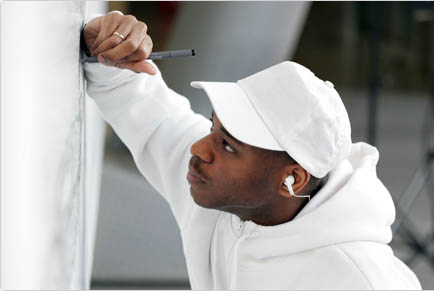 Stephen Wiltshire is an artist who draws and paints detailed cityscapes. He has a particular talent for drawing lifelike, accurate representations of cities, sometimes after having only observed them briefly. He was awarded an MBE for services to the art world in 2006. He studied Fine Art at City & Guilds Art College. His work is popular all over the world and is held in a number of important collections. 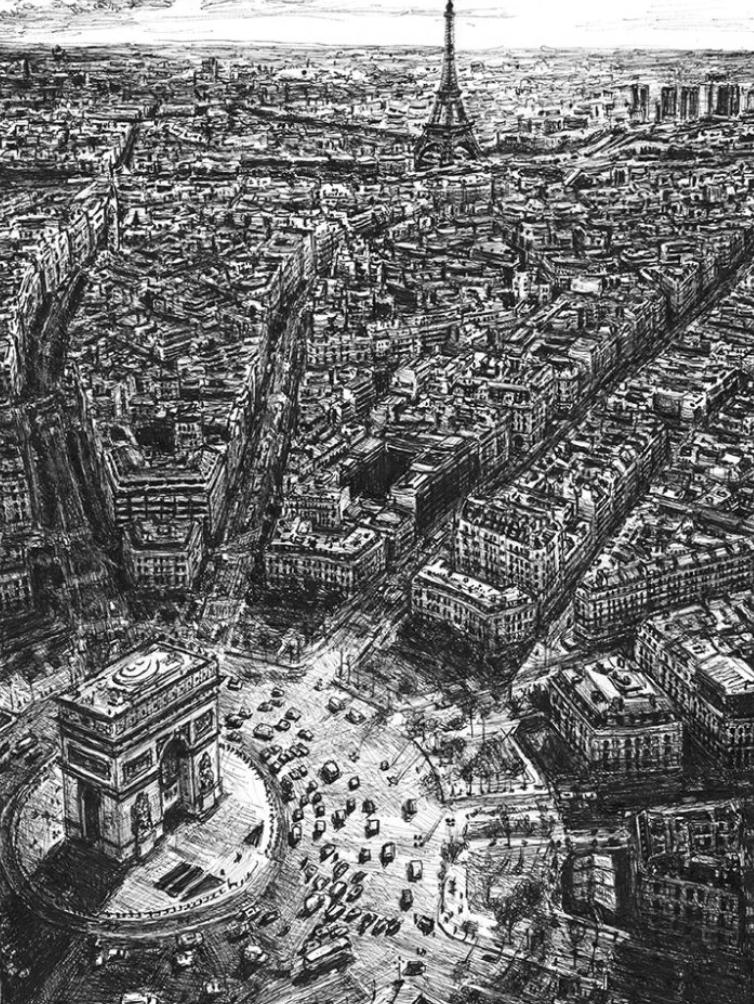 “Despite the success, his life remains constrained. “While he is very independent and sociable, he still needs to have the reassurance that one of his family is around,” said his sister.

He is not just a remarkable artist. A piano player for 10 years, Wiltshire also has a pitch-perfect voice and sings everything from opera to Elvis. His sister said: “He surprises us all the time over the way he is developing. When people ask me what Stephen can do next, all I say is ‘watch this space.”

Stephen Wiltshire was born on April 24, 1974, in London, England to parents of West Indian heritage. His father, Colvin was a native of Barbados, and his mother, Geneva, is a native of St. Lucia. As a child, Stephen experienced delays in his development. When Stephen was about three years old, he was diagnosed as autistic. When Stephen was about five, he was enrolled at Queensmill School in West London where the teaching staff first noticed his interest in drawing.

The instructors at Queensmill School encouraged him to speak by temporarily taking away his art supplies so that he would be forced to ask for them.  Stephen responded by making sounds and eventually uttered his first word – “paper.” He learned to speak fully at the age of nine. His early illustrations depicted animals and cars; he is still extremely interested in American cars and is said to have an encyclopedic knowledge of them. When he was about seven, Stephen became fascinated with sketching landmark London buildings. After being shown a book of photos depicting the devastation wrought by earthquakes, he began to create detailed architectural drawings of imaginary cityscapes.

One of Stephen’s teachers took a particular interest in him, who later accompanied his young student on drawing excursions and entered his work in children’s art competitions, many of which garnered Stephen awards. The local press became increasingly suspicious as to how a young child could produce such masterful drawings. The media interest soon turned nationwide and the 7-year-old Stephen Wiltshire made his first steps to launch his lifelong career. The same year he sold his first work and by the time he turned 8, he received his first commission from late Prime Minister Edward Heath to create a drawing of Salisbury Cathedral.

At about age 10, Stephen embarked on an ambitious project called “London Alphabet,” a group of pictures depicting landmark structures in London, listed in alphabetical sequence – from Albert Hall, a famed performance venue, to the London Zoo.