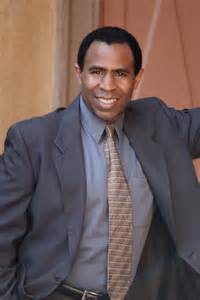 by Dale Ricardo Shields
What was the happiest period of time in your life? For me, I would have to say elementary school.
Evening rendezvous to meet up with the girls at Swenson’s and 10 cent Thrifty cones. Playing tag, hide and seek and truth or dare with the many kids in the neighborhood. Looking back, I only wish I would have chosen dare instead of truth all the time. It certainly would have made for more interesting memories.
Riding skateboards and bikes around the neighborhood at night with my besties and stealing tire valve stem caps off of cars to put on our bikes to make them look cool. Yes, we would get into a bit of mischief now and again. The rocket caps were the real find.
Jumping the wall of the Academy on Wilshire with my buddies and sneaking in to see the movies that hadn’t been released to the general public yet.
Jonny the ice cream man driving his ice cream truck through our neighborhood in the late afternoons. If you came up a little short on occasion Jonny would have you covered. Your credit was always good with him.
Not to say there weren’t moments of embarrassment. We had four elementary schools in the city I grew up and we would compete against each other in after school sports activities.
I remember this one time the guys from El Rodeo came down to play us in a game of flag football. They cleaned our clocks real good that day! The final score was something like,112 to zero. As if the score wasn’t humiliating enough, to add insult to injury, when they left the field they took all our women with them, lol!
It was a great period of time to grow up. When a kid could be a kid and run around our own neighborhoods after dark without our parents having to worry. Good times. I feel quite fortunate to have grown up in such a wonderful environment.
Oh, and I was also on a hit television show. That was pretty nice too.
What was the best 5 to 10 year period of time in your life? Come on and throw me back!

“You might say… I’ve lived life from top to bottom” 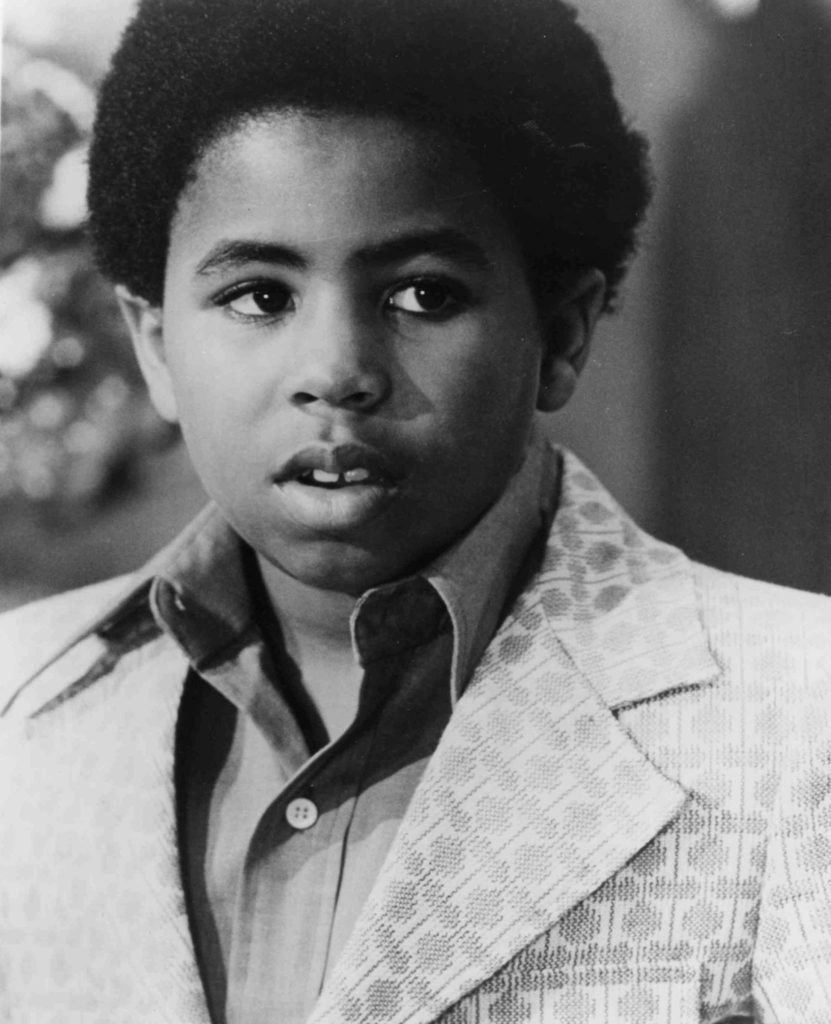 “Our deepest fear is not how small we are, but how great we can become.  It is our light, not our darkness, that most frighten us.” ―  Marianne Williamson 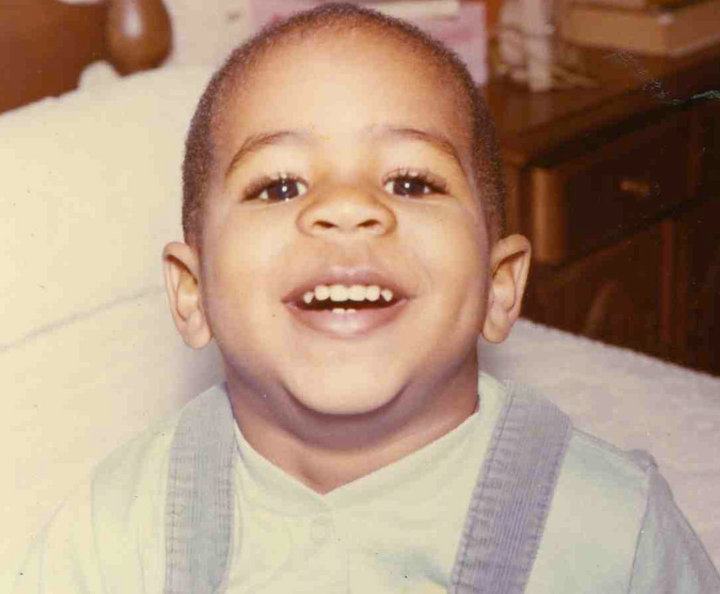 This is what he wanted to share with us:

DS: Marc, thank you so much for this opportunity.  I feel as if I grew up with you, watching you on television!

Marc: First off, thank you for your wonderful work! I could have never figured all that out on somebody else! You’re good! And now I’ll attempt to answer your questions.

Marc:  I am getting ready to return to school as a music major,  I also, currently work as a cater waiter and bartender. I work a lot of very high profile events and have served some of the biggest names and most powerful people in Hollywood.

Many of the ‘movers and shakers’ execs of the television, motion picture, and music industries as well as Hollywood A-Lister’s like George Clooney, Brad Pitt, Angeline Jolie, Will Smith, Julia Roberts, Christian Bale, Tom Cruise, Oprah Winfrey, Britney Spears, Halle Berry. The list goes on. I don’t think there’s an A-Lister that hasn’t been at one of the party’s I’ve worked. It was interesting waiting on Ms. Berry as I had presented an award with her to Diahann Carroll at the TV Land Awards a few years back.

When I come across the older celebrities I try not to make eye contact. The Sidney Poitier’s, Morgan Freeman’s, and Samuel Jackson’s that are of the generation, where they would remember Julia. Blair Underwood recognized and approached me at a party and said some very kind things as did Whoopi Goldberg. I prefer to go unnoticed and just do my job. Funny, that as a child I used to be one of the invited guests of honor at these types of events. Now I’m serving up fish dinners and cocktails, (he laughs).

DS:  What is your advice to young actors? –

Marc:  If you’re interested in continuing a career in the entertainment business, learn a job that interests you that is behind the camera as well. There are more jobs for people behind the camera than in front of it.

For actors in general – Don’t live off of residuals, keep working, if you’re not working as an actor find another source of revenue that will allow you to continue to pursue acting work, but always try to have some kind of income from some work coming in. Don’t just live off of residuals!

DS:  Can you give us any insight into your life right after the Julia series? 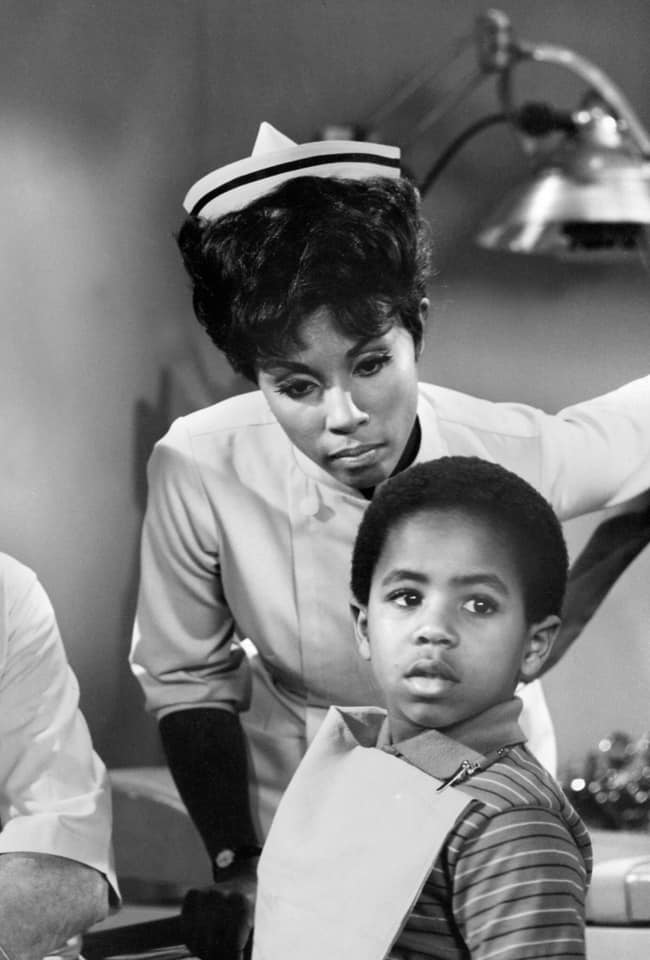 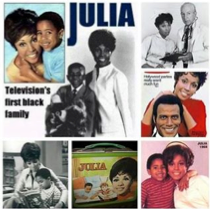 Marc:  I worked periodically on television, but primarily did the things that ‘normal’ kids were doing. Cub Scouts, Pop Warner Football, Little League Baseball,  Basketball, Tennis, Track teams in High School. Any regrets? – I do regret not having said anything to the now-deceased creator and producer of Julia, Hal Kanter when I saw him while working last year’s Oscars. He was a dear and very sweet man. As I mentioned, I prefer to go unnoticed at these events, but now that he’s no longer with us, I so wish I would have gone up to him, hugged him, and thanked him for the wonderful opportunity he gave me. I used to call him ‘Uncle Hal’.

DS:  What do you consider your greatest success in life thus far? 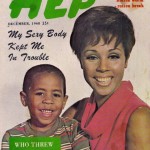 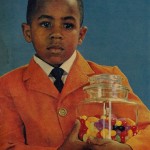 Marc:  I would have to say Julia. Unfortunately, it seems that my life peaked at eight years old, although I keep telling myself that, the best is yet to come!

DS:  Yes, I am learning so much about your experiences. I just want to make sure it is all factual. One site suggested that you and Ms. Carroll were like mother and son off the set. One site list just your father and not your mother?

Marc:  I was brought up by my father as my real mother separated and divorced from my father when I was two. It’s quite natural I take to Ms. Carroll as a mother role model during the show since I had none. My father had married four times, but none were particularly motherly types of motherly towards me. There was one exception, but they were only married for about 9 months and I guess there was no effort on either of their parts in me continuing a relationship with her after their divorce. I know, I would have liked to have had one, but I was so young that I cannot remember the exact circumstances as to why there was none. This on-going theme of abandonment is probably the reason I’ve had no significant relationships in my life thus far. I often watch my neighbor walk up the stairs with his wife and two children. One child in his arms and the other held by the hand. I’ve come to realize that, I guess, that just wasn’t meant to be a part of my reality. 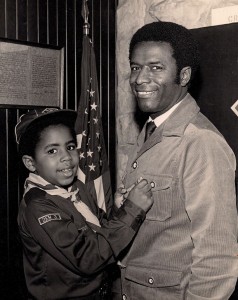 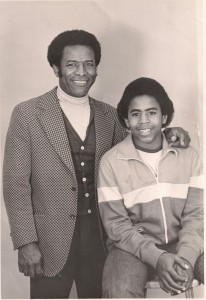 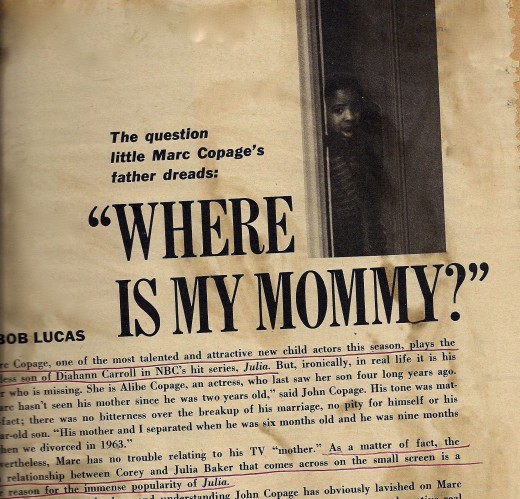 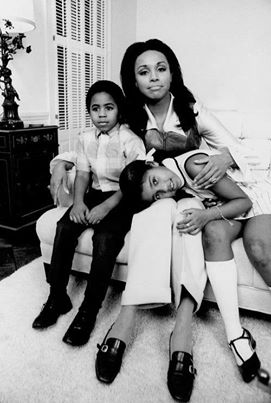