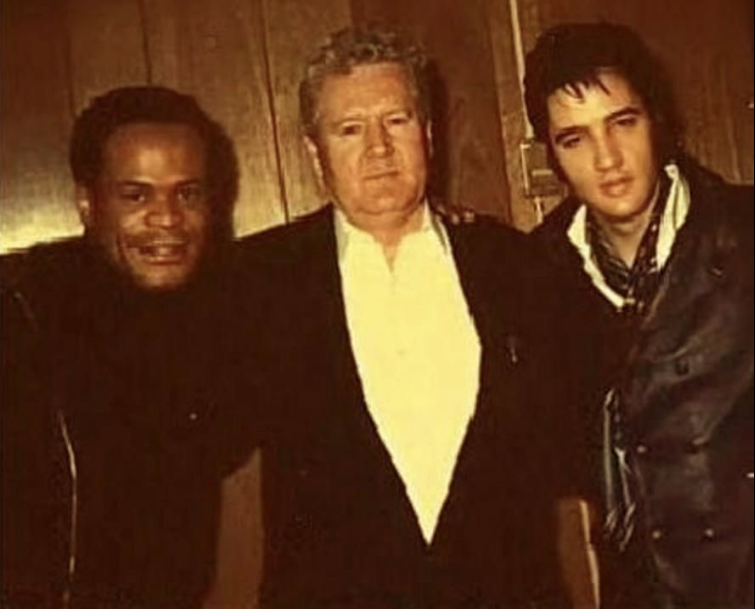 Elvis in an informal jam with Roy Hamilton. Bottom: Vernon Presley between the two singers.

“Known as “Mr. Rock and Soul,” Hamilton recorded numerous studio albums between his 1954 debut album, and his last studio album, The Impossible Dream, released in 1966. As a singer, Hamilton could croon like Nat King Cole and had the vocal power and confidence of Jackie Wilson. Throughout his career, Hamilton appeared on the Ed Sullivan show and was on American Bandstand numerous times, and he appeared in the 1958 film, Let’s Rock. In 1960 he released Spirituals, (listen below), a beautiful collection of spiritual and gospel songs before he went back to record albums of pop and R&B songs.

Hamilton met Elvis Presley in January 1969, just months before Hamilton passed away at the young age of 40. Presley was recording at American Sound Studios in Memphis, as was Hamilton. In his book, Elvis Presley: A Life In Music, author Ernst Jorgensen writes that Elvis was impressed with Hamilton’s singing, writing that “Hamilton often cut the kind of big-voiced, soulful ballads and religious songs Elvis aspired to sing.” 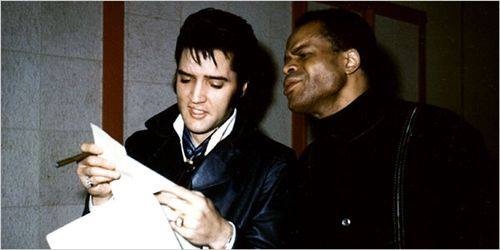 ELVIS visited Roy Hamilton at his recording session at “AMERICAN SOUND STUDIOS” in Memphis where they were both being produced by CHIPS MOMAN. Elvis admired Roy Hamilton.

“ELVIS GOT HIS VOICE FROM… ROY HAMILTON” 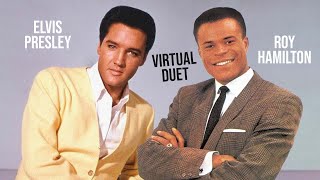 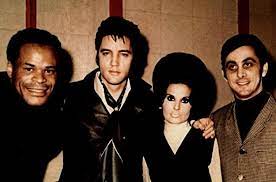 “Roy Hamilton, Elvis Presley, Barbara and George Klein at American Sound Studio, January 1969 It was during their meeting that Elvis presented Roy with a beautiful new song ‘Angelica’ (Barry Mann/Cynthia Weill) that he was going to record himself. The song turned out to be the single released from the session, a soaring, dramatic rendition that unfortunately struggled to find radio airplay. It also turned out to be Roy’s last single as sadly, on July 20, 1969, the distinctive voice of Roy Hamilton was silenced when he died following a stroke.” 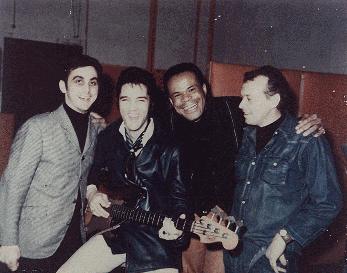