“Why should I complain about making seven hundred dollars a week playing a maid?

If I didn’t, I’d be making seven dollars a week actually being one” 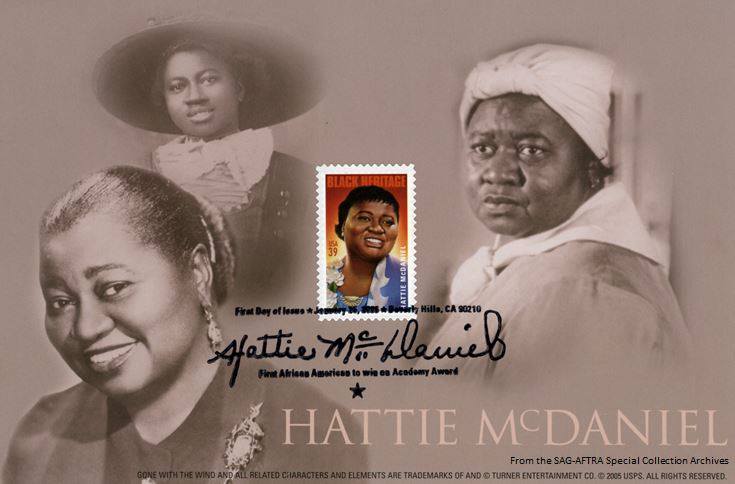 “One of the most pivotal figures in 20th century African American history: a true trail-blazer who, in spite of the insurmountable odds against her, managed to make her own mark in Jim Crow America– and she did so with both her dignity in-tact and an overwhelming sense of self worth.” 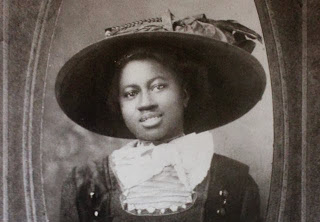 “Born on June 10, 1895, in Wichita, Kansas, Hattie was one of 13  children and the daughter of former slaves Henry and Susan McDaniel. Hattie’s father Henry McDaniel fought in the Civil War with the 122nd USCT and his mother, Susan Holbert, was a singer of religious music. In 1900, the family moved to Colorado, living first in Fort Collins and then in Denver, where Hattie graduated from Denver East High School.” (Wikipedia)

After working as early as the 1910s as a band vocalist, Hattie McDaniel debuted as a maid in The Golden West (1932). 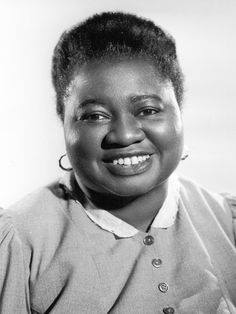 From the 1860s to the 1960s one of the few employment opportunities for Black women in America was as a domestic servant. Consequently, the Mammy stereotype became the standard characterization of Black women in film and television. 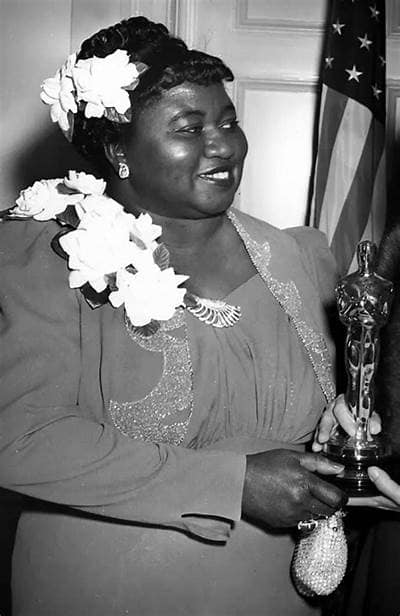 McDaniel was presented her Academy Award by actress Fay Bainter. McDaniel was the first person of ‘color’ to win an Oscar.

The ‘mammy’ roles, played by actresses like Hattie McDaniels, Louise Beaver, and Ethel Waters, put a happy face on Black women’s lowly position in society, helping to set at ease the hearts of White audiences. 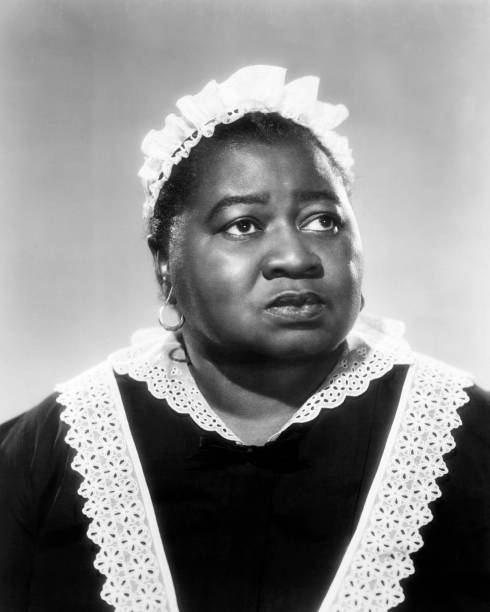 “Mammies were so happy to serve Whites that they were shown giving up their pay and even their freedom for the chance to continue serving “their White family.”

These images are mixed with news footage of the civil rights movement to show that this was not the case in the real world. 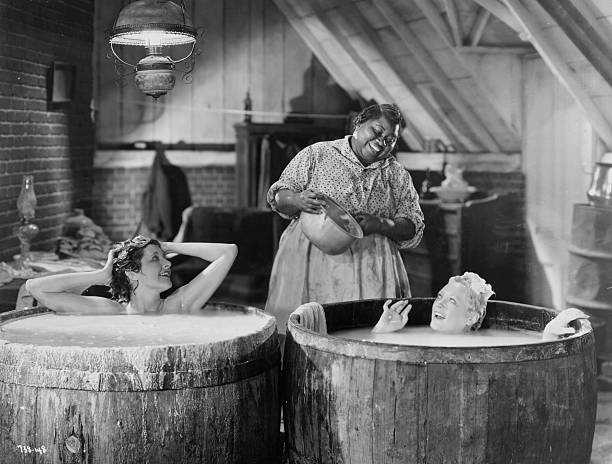 “McDaniel bathed actresses Jean Parker and Marion Davies in the movie, Operator 13. Throughout her career, McDaniel was often confined to the role of a maid or servant because of her race.” 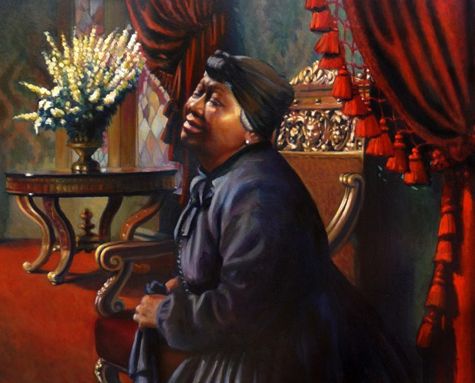 “It was Bing Crosby, a good friend of Hattie’s brother Sam (the only African-American ever to appear on I Love Lucy), who suggested that Selznick cast “that Queenie from [1936’s] Show Boat” for her defining role. Selznick, married to the daughter of the most powerful man in Hollywood — MGM head Louis B. Mayer — had paid a staggering $50,000 for the rights to Margaret Mitchell‘s 1936 novel. The NAACP made no secret of its disdain for the book’s frequent utterance of the N-word (by then banned by the Hays Code), its sympathetic Ku Klux Klan portrayal and its depiction of slaves as participants in their own subjugation.

A shrewd Hollywood player, Selznick used his status as a Jewish-American bearing witness to the Nazis’ rise when he wrote to Walter White, NAACP executive secretary: “I hasten to assure you that as a member of a race that is suffering very keenly from persecution these days, I am most sensitive to the feelings of minority peoples.” Selznick pledged to omit offending material, though he fought to keep the N-word in the script for historic accuracy. The word, which would have been spoken by Mammy, never appears in the movie, leading some historians to theorize that McDaniel refused to utter it. 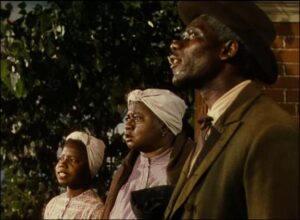 Butterfly McQueen as Prissy, Hattie McDaniel as Mammy, and Oscar Polk as Pork

McDaniel — who later wrote in the Sept. 29, 1947, edition of The Hollywood Reporter, “I have never apologized for the roles I play” — coveted the part but suspected she’d lose it to Louise Beavers of 1934’s Imitation of Life. As Selznick mounted his “nationwide search,” the hunt for Mammy reached a fever pitch. Even first lady Eleanor Roosevelt suggested her own maid. On Jan. 27, 1939, with Selznick having secured the final funding from his father-in-law, McDaniel got the call she’d been waiting for. Her contract paid $450 a week for 15 weeks of shooting. Mammy was hers. And so, too, would be the Oscar.” 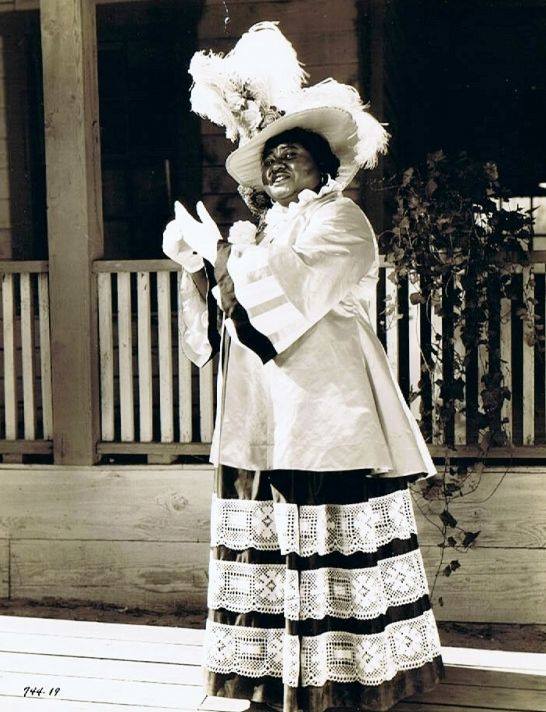