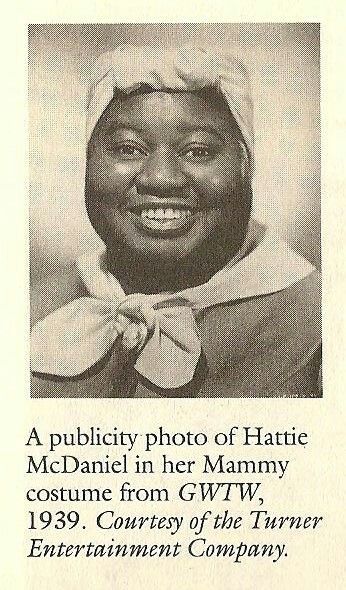 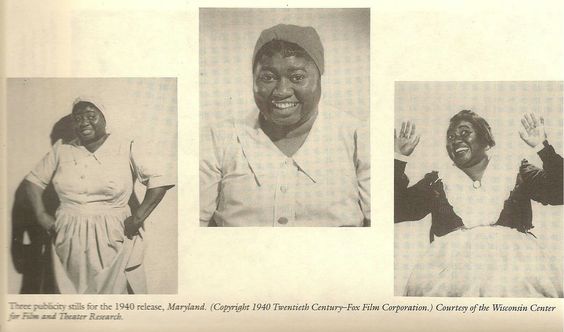 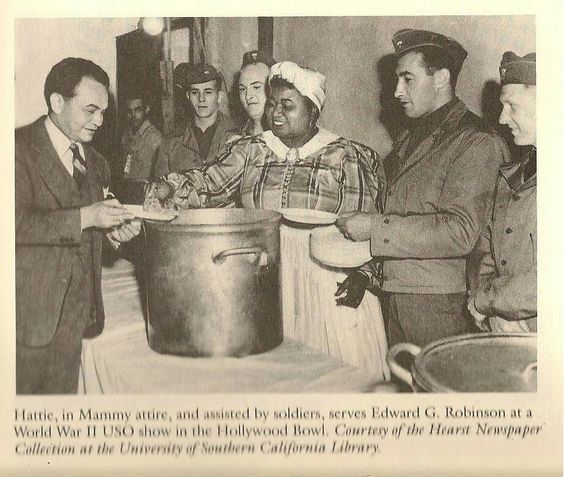 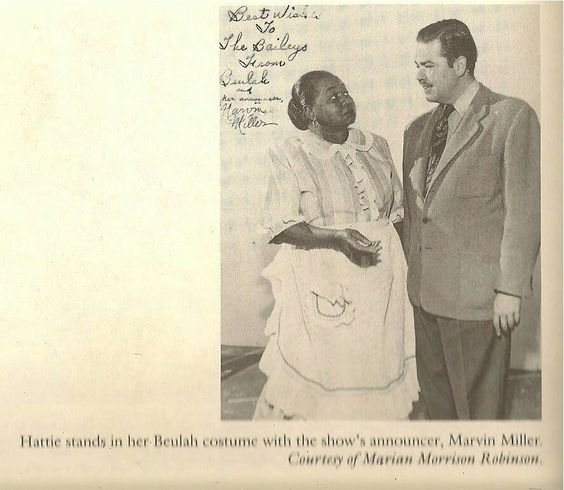 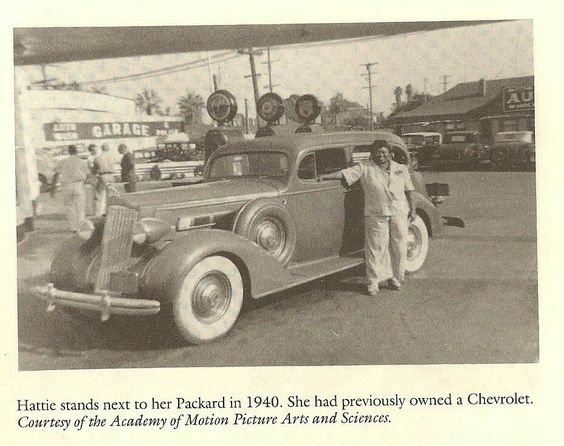 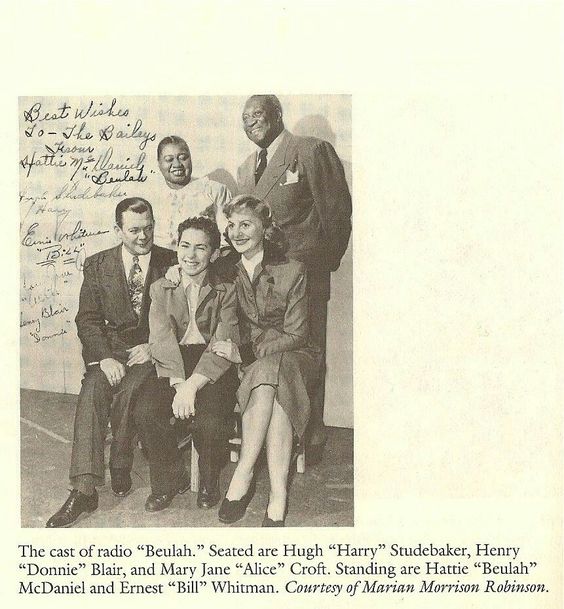 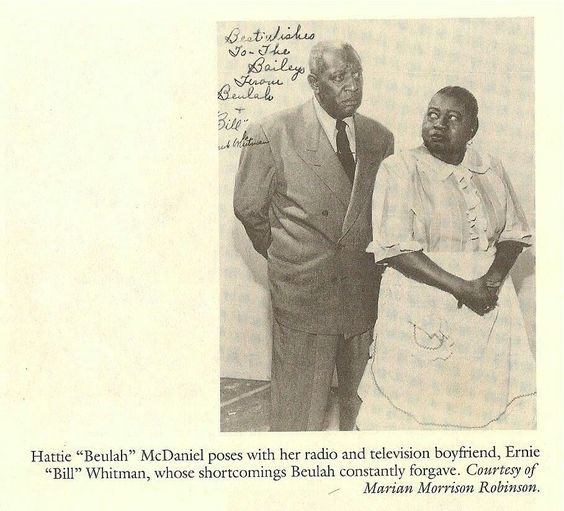 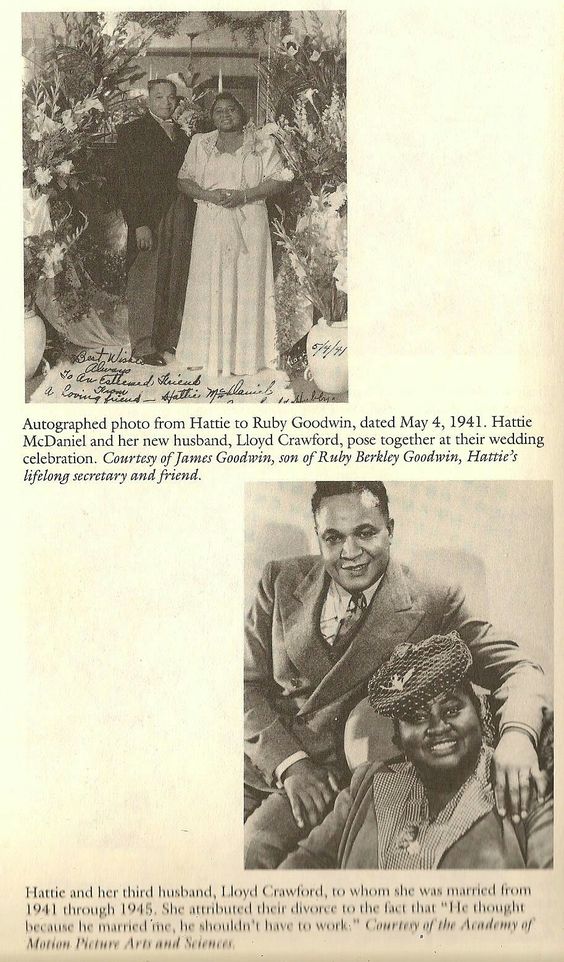 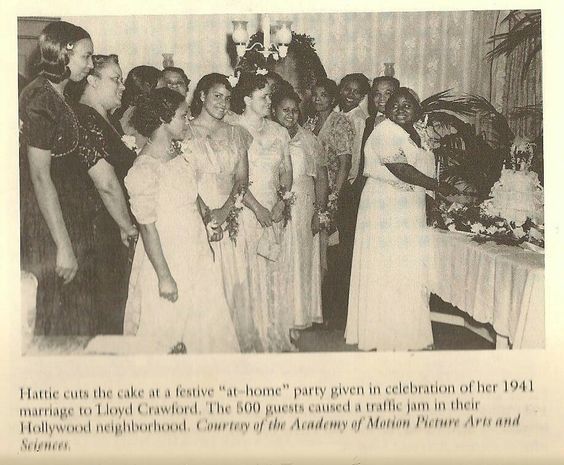 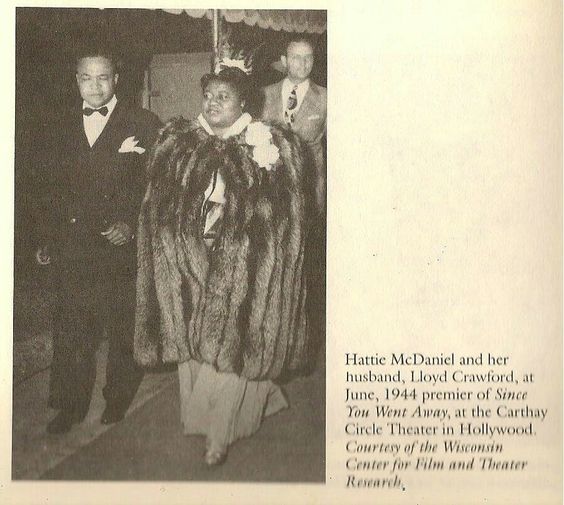 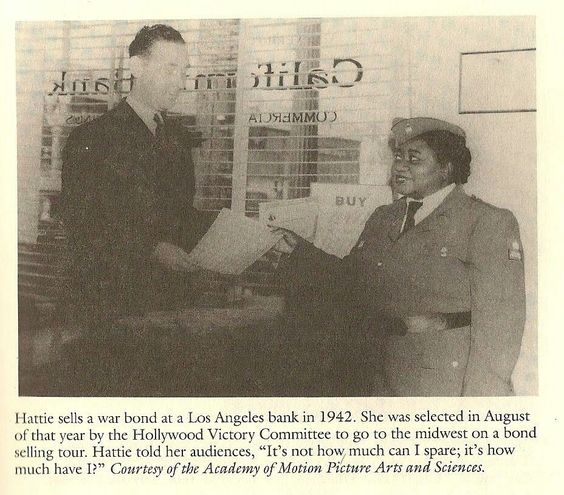 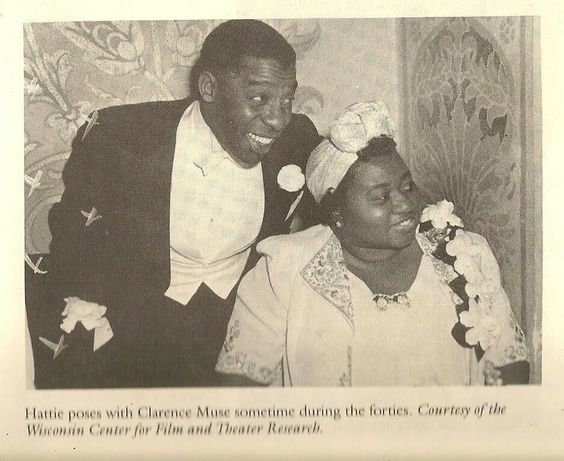 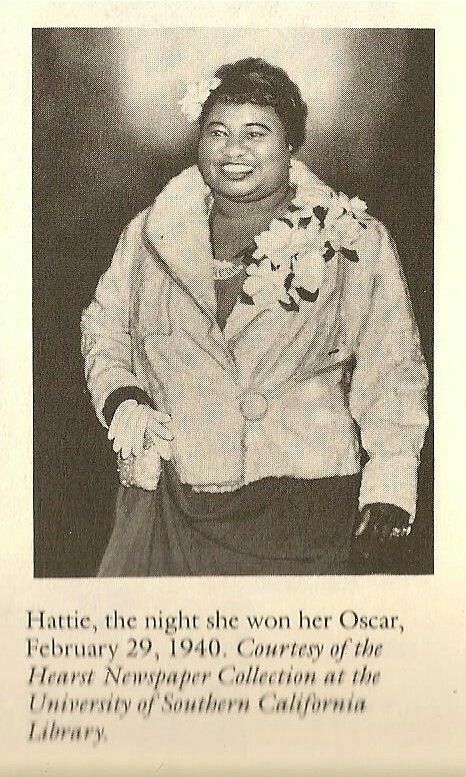 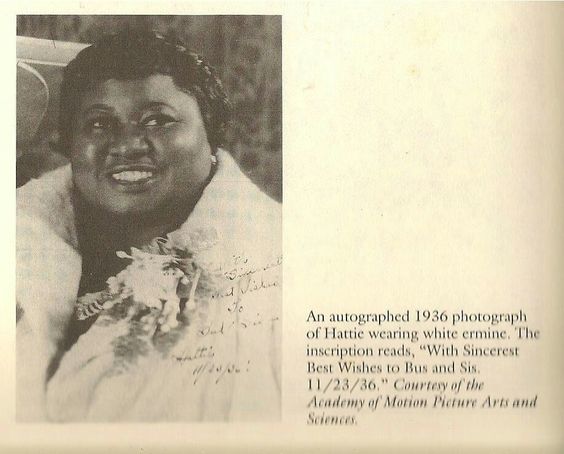 The human “Mammy” character in the Tom+Jerry Cartoons was based on her. This human supporting character was best remembered for shouting “THOMAS” very loudly.

47 years after her death, has been memorialized by a pink-and-gray granite monument at Hollywood Forever Cemetery. Her wish to be buried in Hollywood at her death in 1952 was denied amid the racism of the era. [1999]

She willed her Oscar to Howard University, but the Oscar was lost during the race riots at Howard during the 1960s. It has never been found.

Her father was a slave, who was eventually freed.

When the date of the Atlanta premiere of Gone with the Wind (1939) approached, McDaniel told director Victor Fleming she would not be able to make it, when in actuality she did not want to cause trouble due to the virulent racism that was rampant in Atlanta at the time.
Despite the fact Clark Gable played a joke on her during the filming of Gone with the Wind (1939) (he put real brandy in the decanter instead of iced tea during the Bonnie Blue birth celebration scene), McDaniel and Gable were actually good friends. Gable later threatened to boycott the premiere in Atlanta because McDaniel was not invited, but later relented when she convinced him to go.

Is an honorary member of Sigma Gamma Rho Sorority, Incorporated.

Despite her substantial salaries for her various roles, her estate was valued at less than $10,000 when her will was made public. She left her last husband, Larry Williams, only $1.
Her Academy Award was presented by Fay Bainter.

McDaniel and Louise Beavers, both of whom played the title character Beulah (1950) in the 1950s TV series, died ten years apart on October 26th.

Is one of 7 African-American actresses to receive the Academy Award. The others, in chronological order, are Whoopi Goldberg for Ghost (1990), Halle Berry for Monster’s Ball (2001), Jennifer Hudson for Dreamgirls (2006), Mo’Nique for Precious (2009), Octavia Spencer for The Help (2011) and Viola Davis for Fences (2016).

She was awarded 2 Stars on the Hollywood Walk of Fame for Radio at 6933 Hollywood Boulevard and for Motion Pictures at 1719 Vine Street in Hollywood, California.

She had a one-time intimate affair with actress Tallulah Bankhead, according to chronicler of the Hollywood underground Kenneth Anger.

Profiled in book “Funny Ladies” by Stephen Silverman. [1999]
Was referenced in both George Clooney and Mo’Nique’s Oscar acceptance speeches.
Although her gravestone at Rosedale Cemetery in Los Angeles and her memorial cenotaph at the Hollywood Forever Cemetery show 1895 as her year of birth, Kansas census records for her household dated March 1st, 1895 show her age as 2, confirming that the year on her funerary markers is incorrect.

When Black actors and actresses couldn’t find a decent place to stay in Los Angeles, Hattie opened her doors to them at her home.

Hattie’s controversial career was examined in the AMC-TV documentary “Beyond Tara, the Extraordinary Life of Hattie McDaniel” hosted by Whoopi Goldberg.

A huge vaudeville star in her day as a singer and dancer.

A popular favorite as radio’s “Beulah,” Hattie starred in only one TV episode of Beulah (1950) when it was transferred to the small screen due to her diagnosis of breast cancer. It was rumored there was another episode but, if there ever was one, it was never found. Ethel Waters took over the “Beulah” role and reportedly hated the job.

Attacked by the NAACP during her career for appearing in negative, stereotyped servile roles, Hattie strongly and proudly stated that she did the best she could. She went on to state that she worked not only for herself but thought she was working for future generations of African-Americans as well. She always hoped people would come around and understand what she had to go through in Hollywood and was extremely hurt at the way she was treated, for the roles she couldn’t get, and how the NAACP kept pushing the image of Lena Horne on her.

Was the 13th actress to receive an Academy Award; she won the Best Supporting Actress Oscar for Gone with the Wind (1939) at The 12th Academy Awards on February 29, 1940.
Biography in “Actresses of a Certain Character: Forty Familiar Hollywood Faces from the Thirties to the Fifties” by Axel Nissen.

She has appeared in three films that have been selected for the National Film Registry by the Library of Congress as being “culturally, historically or aesthetically” significant: Imitation of Life (1934), Show Boat (1936) and Gone with the Wind (1939).

Film Academy called out on Twitter after Hattie McDaniel appreciation tweet
The Academy tweeted out a tribute to McDaniel, as well as footage of her historic acceptance speech at the 12th annual ceremony 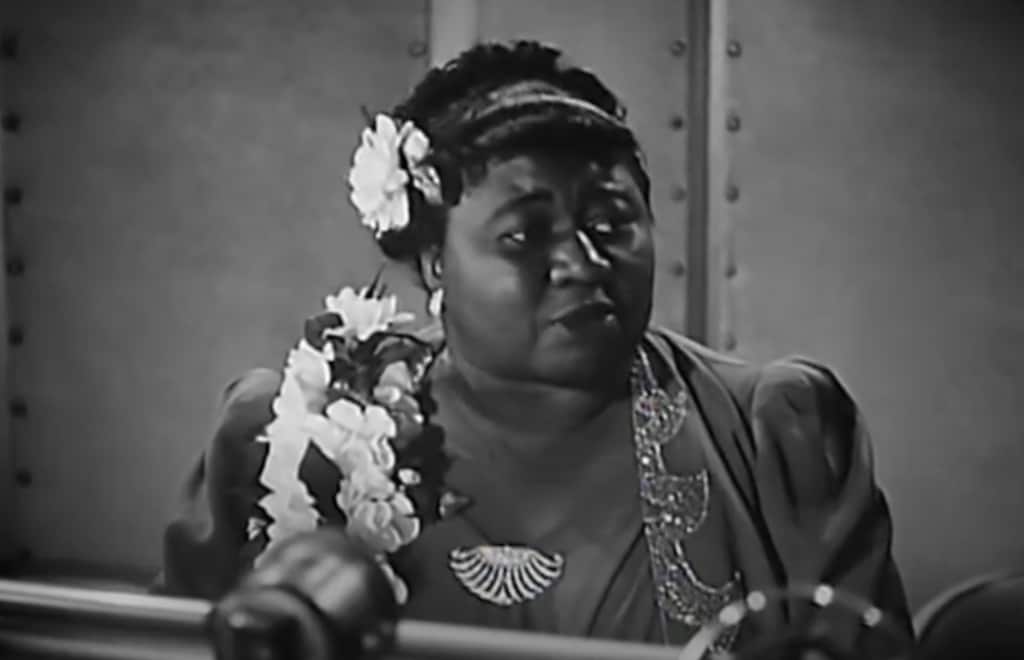 Twitter has some thoughts for the Film Academy. After the academy recently tweeted out a tribute to Hattie McDaniel,fans immediately called out the institution, recalling how she was forced to sit far away at a “special table” during the ceremony when she won Best Supporting Actress in 1939 for Gone with the Wind. 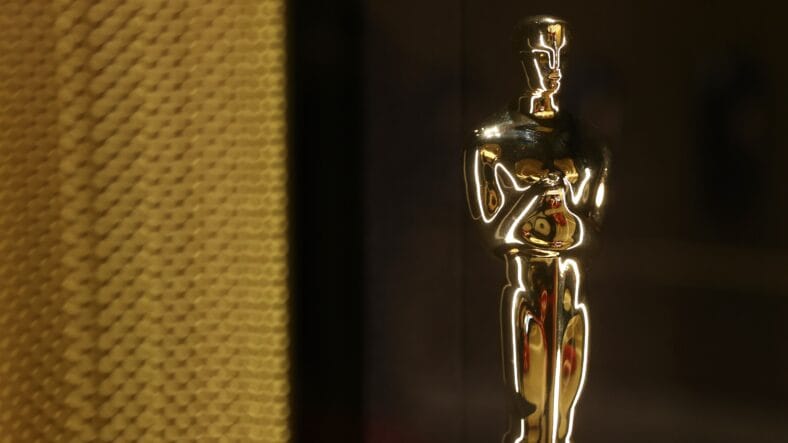 The Oscars Experience is seen at the Academy Museum Opening Press Conference at Academy Museum of Motion Pictures on September 21, 2021 in Los Angeles, California. (Photo by Rich Fury/Getty Images)