In the early ’30s when she moved to L.A., she was able to garner small roles on the radio through her brother, Sam, and sister Etta (already working in radio/film)- which turned into bit roles as extras in films. In order to get by, she took on odd jobs in domestic work while pursuing radio and film work. In 1934, she landed her first big break on-screen role as a maid in John Ford’s Judge Priest. In the first of two films Hattie made at RKO with Ginger Rogers in 1938, VIVACIOUS LADY(right), she plays the small and rather unremarkable role of a washroom attendant. Later that year in CAREFREE(1938), Ginger’s eighth musical with Fred Astaire and a decent screwball comedy, Hattie once again makes a very minor contribution, this time as an attendant (named “Hattie”) at the country club where most of the plot takes place. 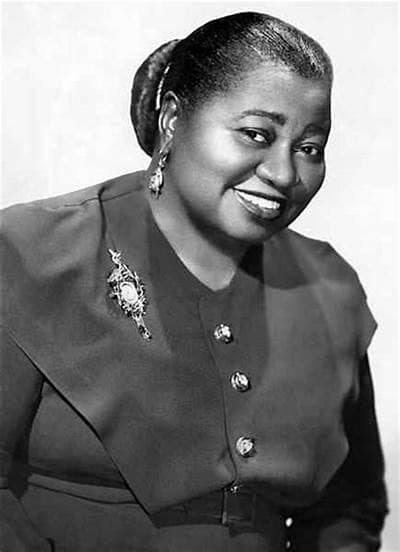 Hattie McDaniel and Paul Robeson in the musical Showboat 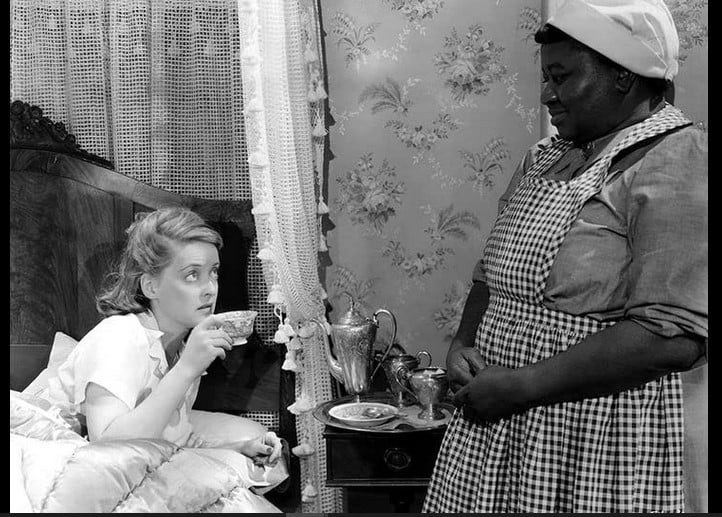 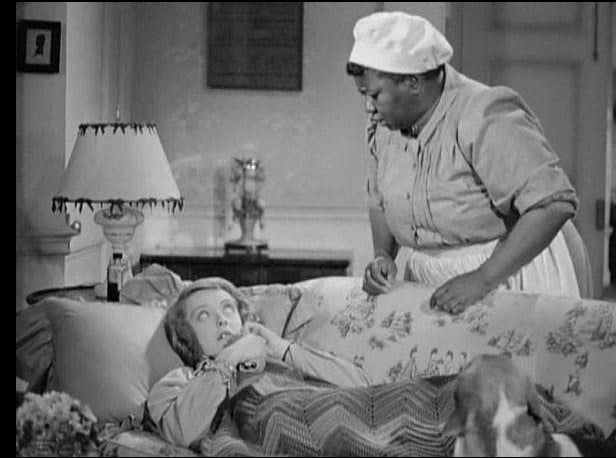 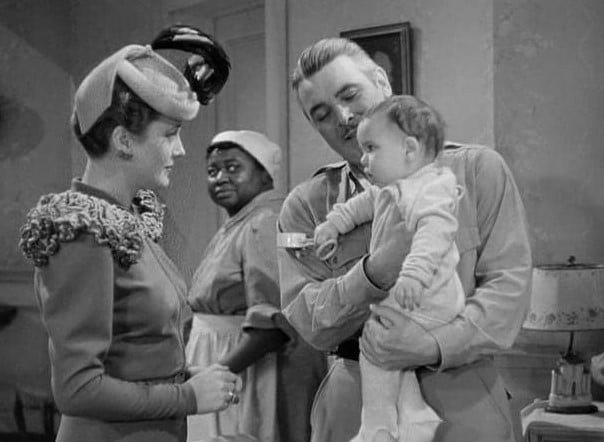 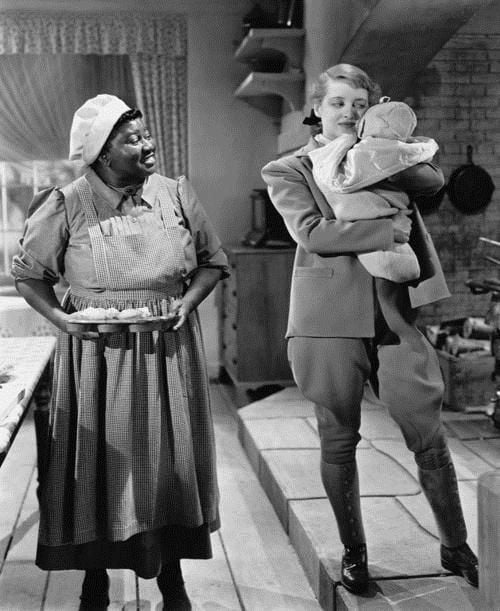 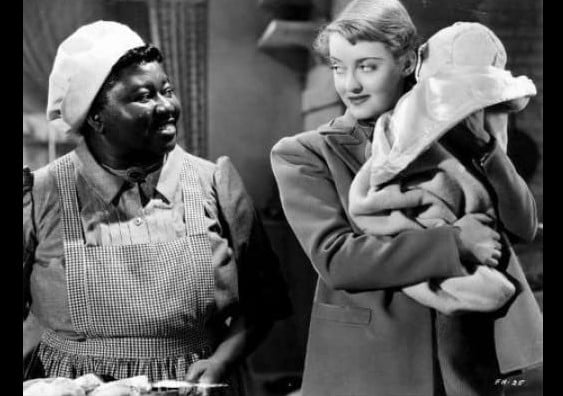 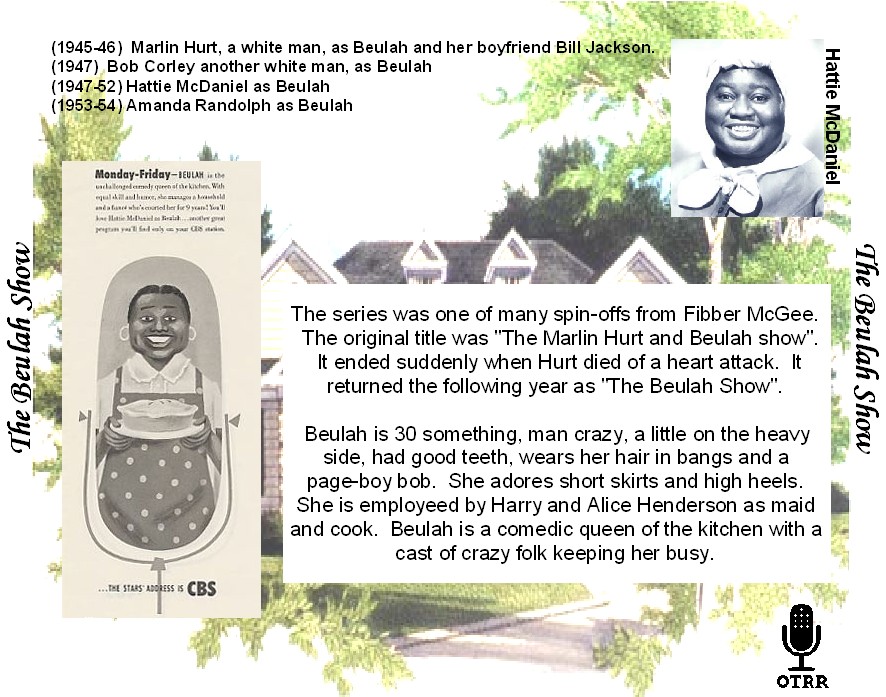 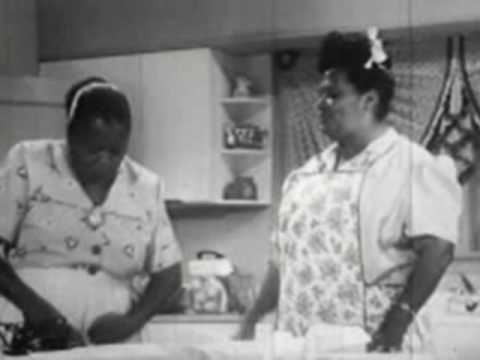 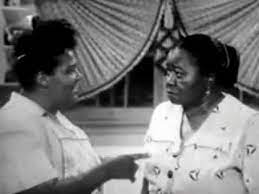 Hattie McDaniel is Beulah and Ruby Dandridge is Oriole in a clip from The Beulah Show (1952). 1942 Olivia DeHaviland and Hattie McDaniel are co-stars again, In This Our Life. One of the few movies she did not play a maid. Though most frequently happy and easy-going on-screen, Hattie’s personal life was often anything but. Her four marriages were all short, the first ended by the tragic shooting death of her husband in 1922, and the next three ending in divorce. She had no children. Photograph of actress Hattie McDaniel and her husband, Lloyd Crawford, on the couple’s wedding day.

“Hattie McDaniel’s first husband, George Langford, died in 1922, soon after she married him and while her career was on the rise, and her father died the same year. She married Howard Hickman in 1938 but divorced him later that year. In 1941, she married James Lloyd Crawford, a real estate salesman. According to the book, Bright Boulevards, Bold Dreams by Donald Bogle, McDaniel happily confided to gossip columnist Hedda Hopper in 1945 that she was pregnant. McDaniel began buying baby clothes and set up a nursery in her house. Her plans were shattered when she suffered a false pregnancy, and McDaniel fell into a depression. She never had any children and divorced Crawford in 1945 after four and a half years of marriage. Crawford had been jealous of her career success, she said, and once threatened to kill her.

Then on June 11, 1949, in Yuma, Arizona, she married Larry Williams, an interior decorator, but divorced him in 1950 after testifying that their five months together had been marred by “arguing and fussing”. McDaniel broke down in tears when she testified that her husband tried to provoke dissension in the cast of her radio show and otherwise interfered with her work. “I haven’t gotten over it yet,” she said. “I got so I couldn’t sleep. I couldn’t concentrate on my lines.” (Wikipedia)