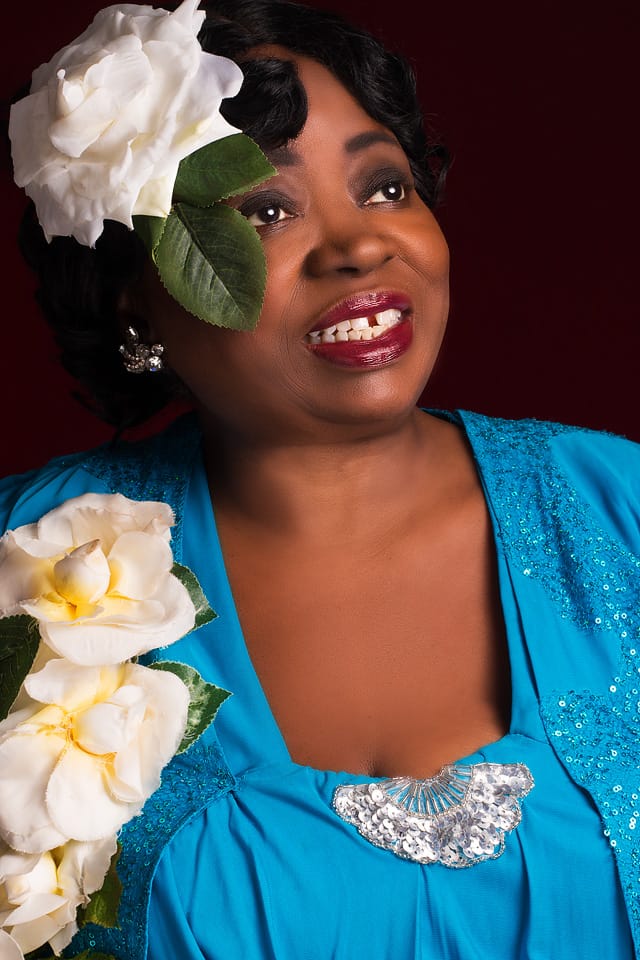 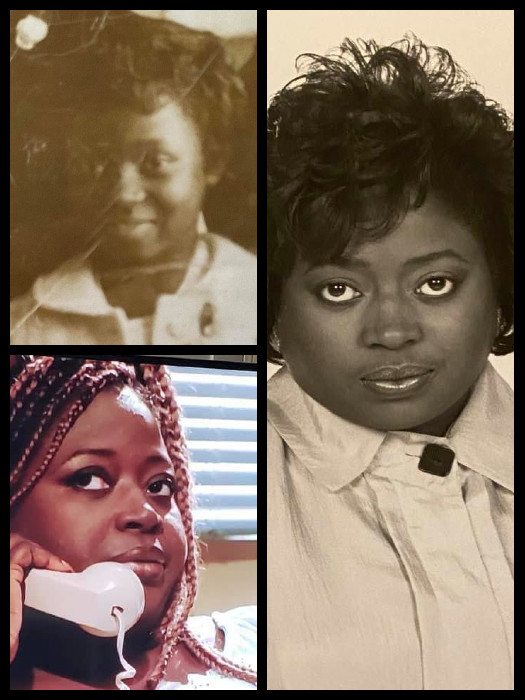 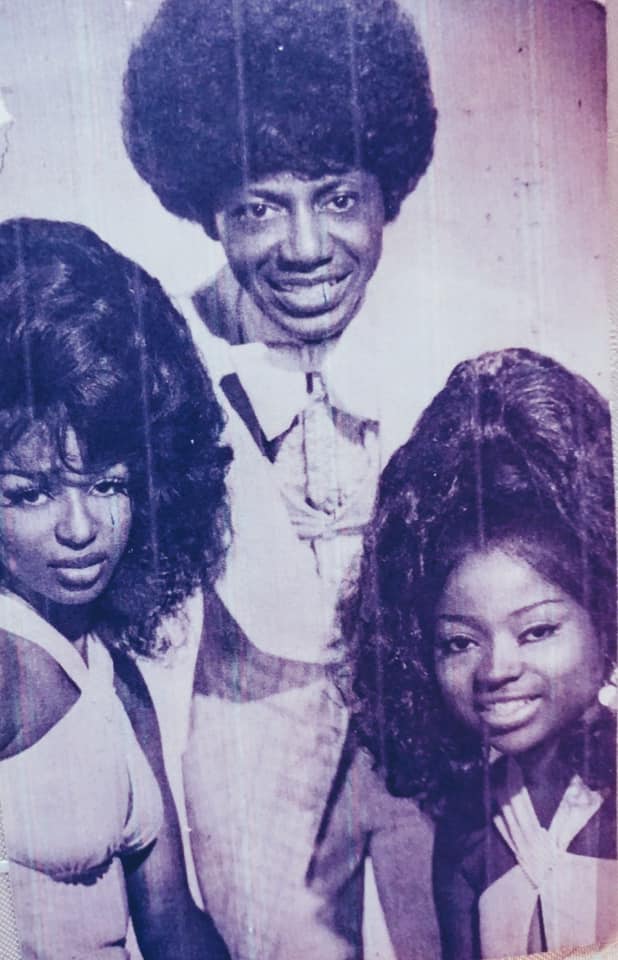 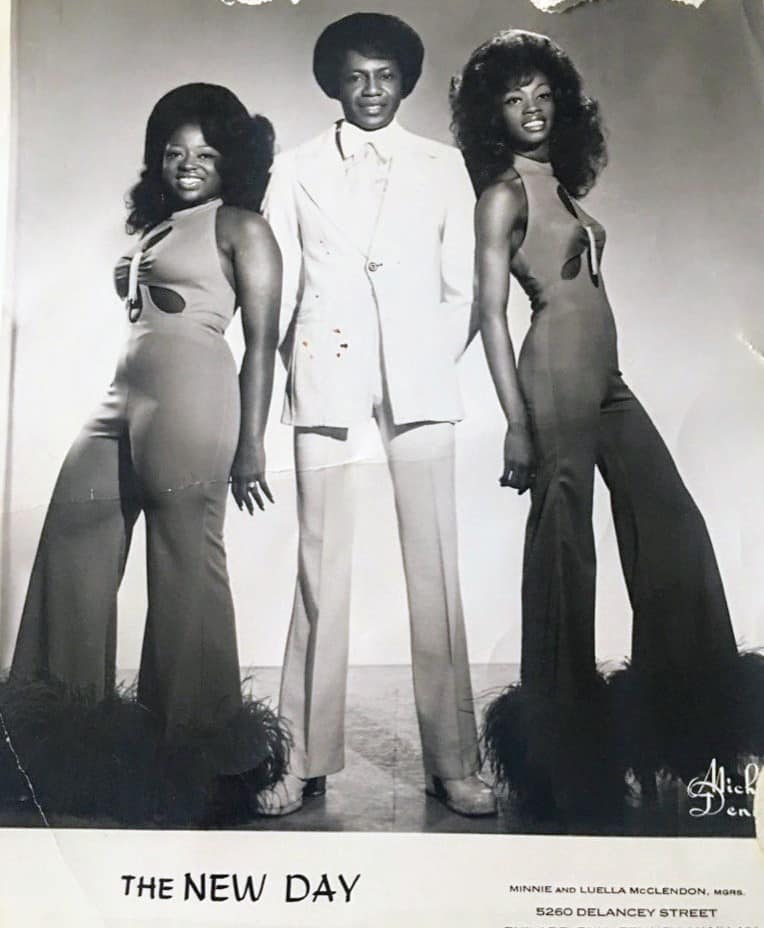 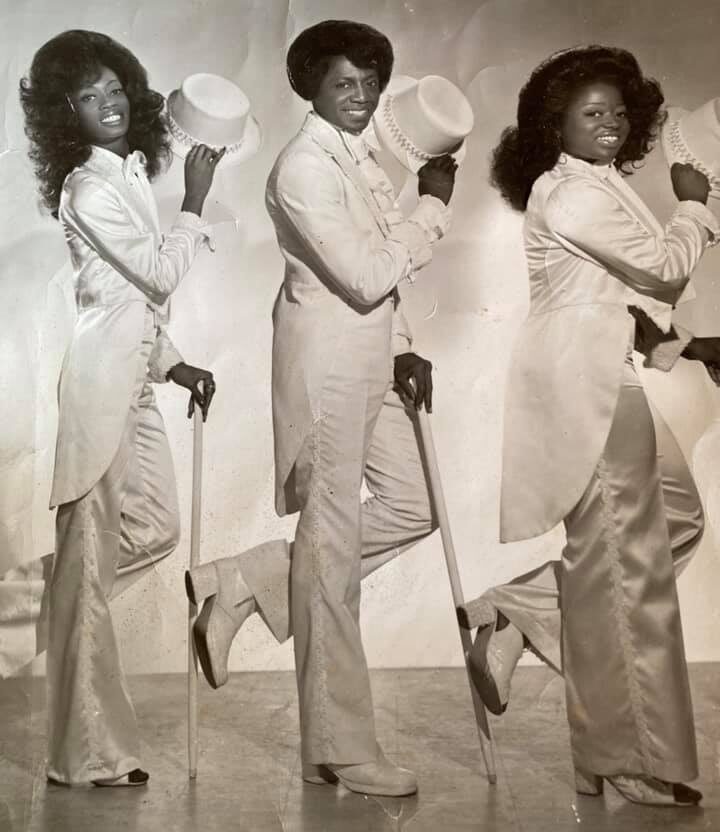 Vickilyn Reynolds began singing in the Baptist church at the age of four. While attending High School, she signed with Philadelphia International Records as a member of the group, City Limits, where she was a recording artist of many TSOP (The Sound of Philadelphia tracks. 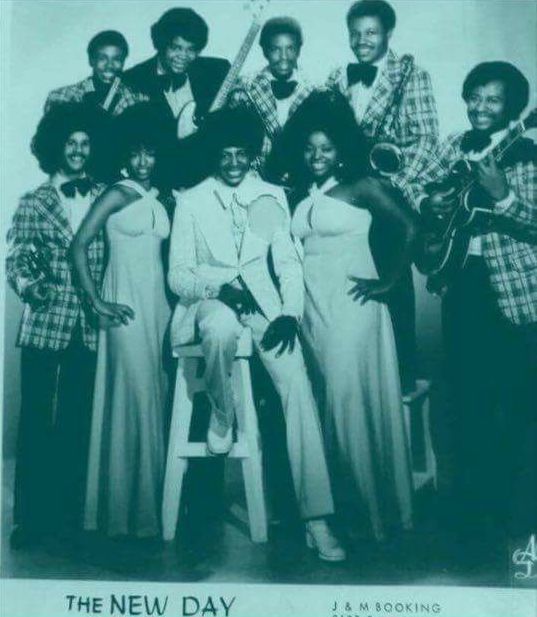 In New York, she produced a successful three-year run of the Vickilyn Review at the Greenwich Village Preacher’s Café. She was an original cast member of George C. Wolfe’s The Colored Museum (Crossroad Theatre, New Jersey); she also recreated her role at both the (New York Shakespeare Festival) Public Theatre and the Los Angles productions. 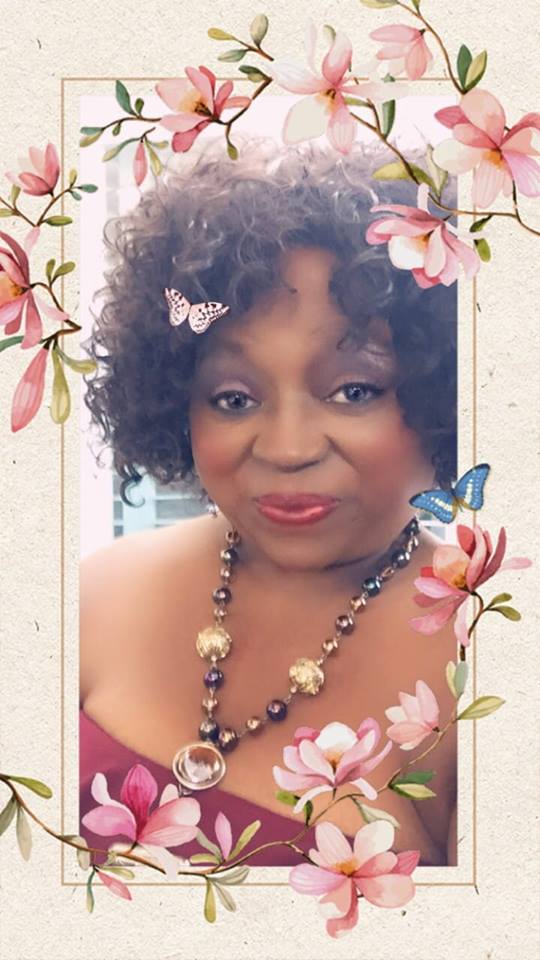 Hattie… What I Need You To Know!

The musical critically acclaimed in Denver and New York! 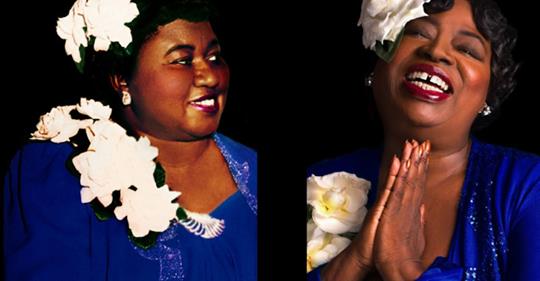 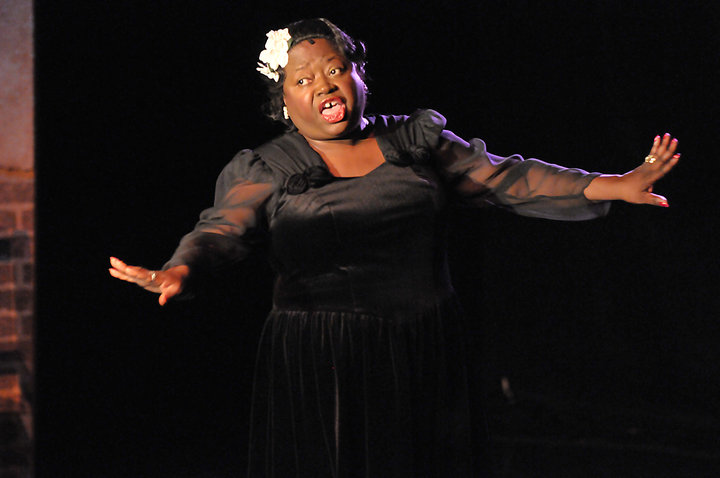 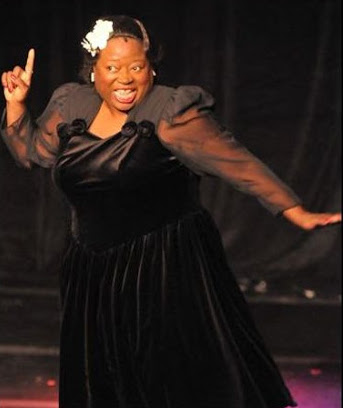 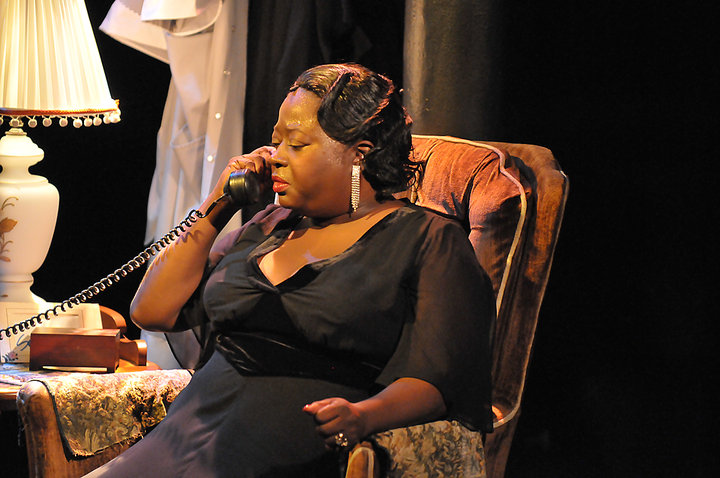 The New York Times Theater Critic, Rachel Saltz, recently said of actress Vickilyn Reynolds in her one-woman musical based on the life of Hattie McDaniel called, “Hattie…What I Need You To Know,” that “McDaniel has found an almost ideal interpreter.” 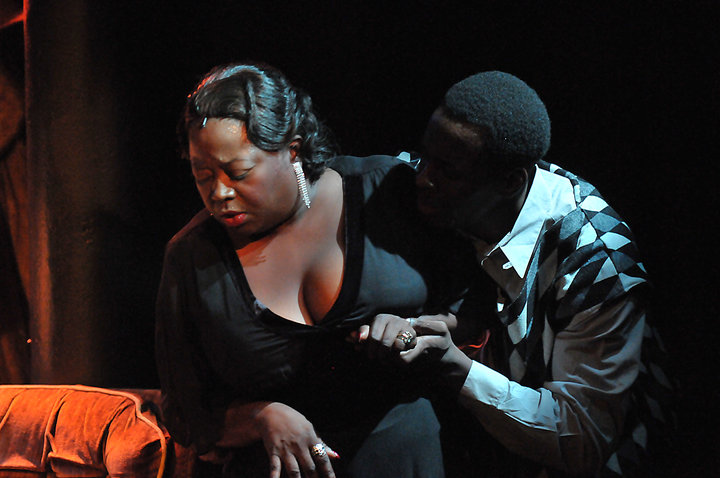 Denver Post Theater Critic, John Moore, said of Vickilyn Reynolds that she “is as big and brassy as her astonishing voice.” 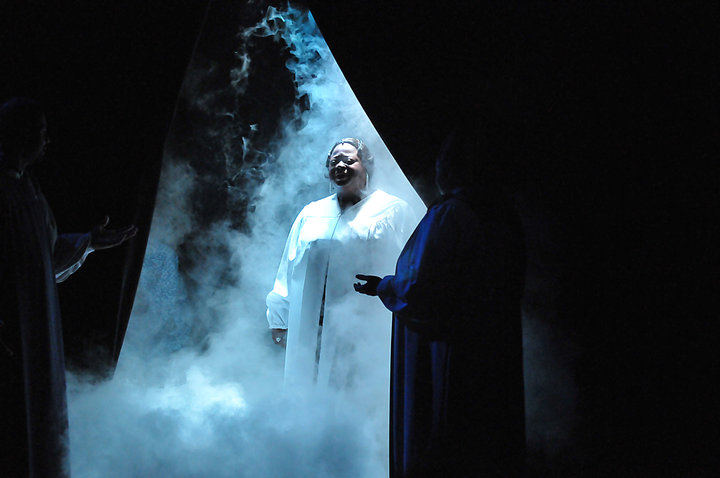 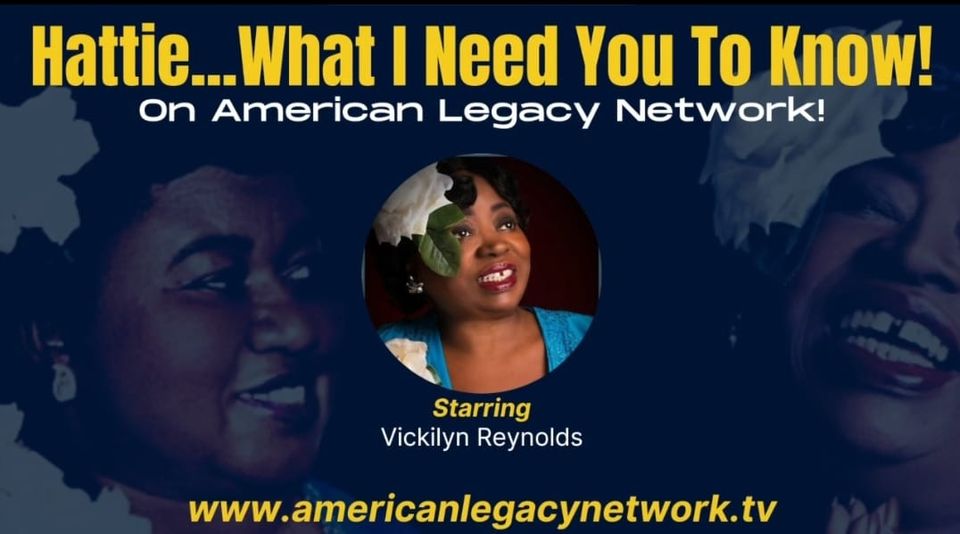 Tune-in to American Legacy Network at www.americanlegacynetwork.tv to watch the musical play “Hattie…What I Need You To Know” then join ALN’s Joshua Reynolds as he talks with actress & singer Vickilyn Reynolds about her performance and career on the ALN Podcast available on Spotify & Anchor at https://anchor.fm/alnpodcast.

HATTIE…WHAT I NEED YOU TO KNOW!
THE MUSICAL
Starring
*VICKILYN  REYNOLDS* 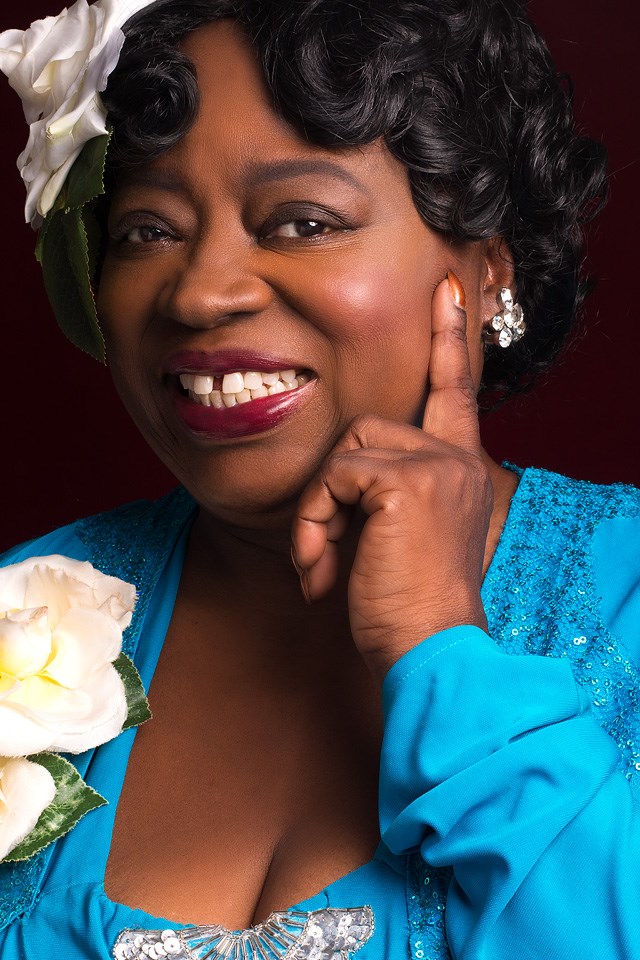 “Hattie…What I Need You To Know!  is a musical portrayal about the life of one of the great American character actresses and the first African-American to win an Academy Award.  Vickilyn Reynolds, the writer, producer, songwriter, and actress of this play has created a long-overdue theatrical journey about Hattie’s life from her early childhood, her relationship with her family, and many marriages, all before that fateful decision of moving to Los Angeles and becoming a Hollywood Star. Through this journey, we get to see the intimate personal side of Hattie’s life as a wife, businesswoman, and friend to many of Hollywood’s legendary movie stars.” 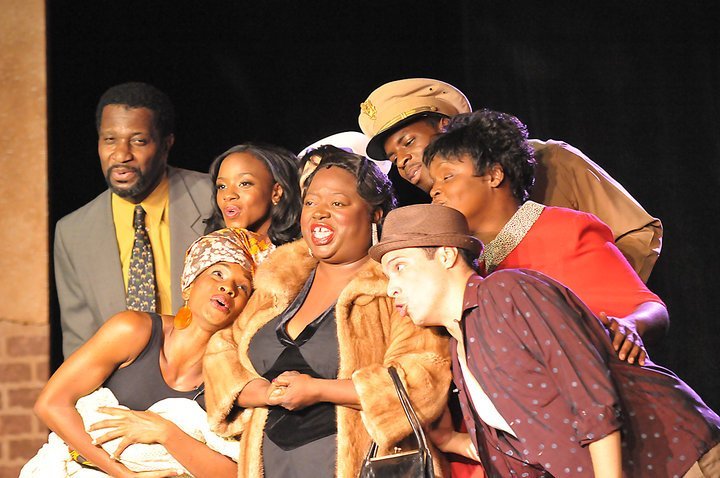 Ms. Reynolds has appeared nationally in commercials, films, and television. In 1990 she co-starred in the CBS sitcom, Sugar & Spice (David E. Kelley), Ice Cube’s Friday, and Primary Colors. She has received the Black Theatre Alliances Award in Chicago Illinois, the LA Ovation Award, and the 2005 Telly Award, among other honors and nominations.

In 2008, Ms. Reynolds received the 2008 AUDELCO Award for Outstanding Performance in a musical/female for Hattie… What I Need You To Know!, which she wrote, developed, and stars in the leading role. Hattie…What I Need You To Know! captures the essence of Hattie McDaniel’s beginnings in Denver to her rise to stardom in Hollywood, California. 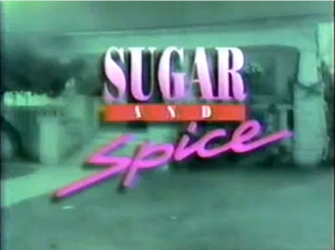 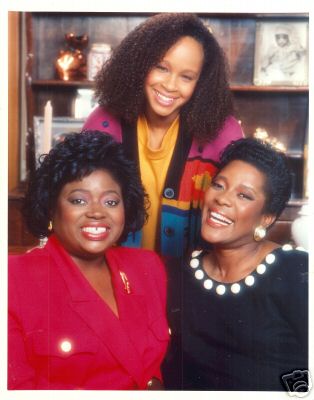 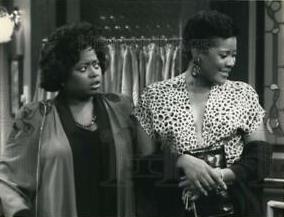 Sugar and Spice aired from March until May 1990 on CBS.

The small town of Ponca City, Oklahoma, was the setting for this blue-collar series about two middle-aged black sisters. Loretta and Vickilyn had very different personalities. Vickilyn was conservative and quiet,  a divorcee making her living with Small World Miniatures, a  mail-order business run out of her converted garage. Her gregarious sister Loretta, an aspiring singer with a roving eye for good-looking men, was biding time working as a  hostess at Cafe Jacques, where the manager Jacques ( Leslie Jordan) was also seen. Living with them was their teenage niece Toby ( LaVerne Anderson), the only child of their late sister, whose good intentions were sometimes derailed when she took bad advice from her best friend Ginger ( Dana Hill). Bonnie (  Stephanie Hodge), who had a tempestuous relationship with her trucker husband  Cliff ( Gerrit Graham), was Vickilyn’s assistant at Small World Miniatures.   Ralph and Brian ( Troy Searcy, Bumper Robinson) were schoolmates of Toby’s
Taken from: http://www.sitcomsonline.com/photopost/showphoto.php/photo/58186#ixzz22diwyQoz 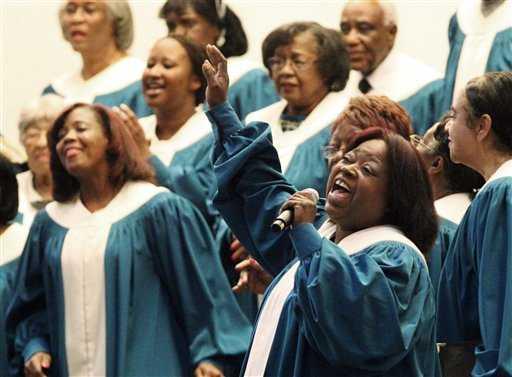 Soloist Vickilyn Reynolds leads the choir in “I Will Trust In The Lord.
http://lubbockonline.com/national-news/2012-02-13/answers-houstons-death-sought. 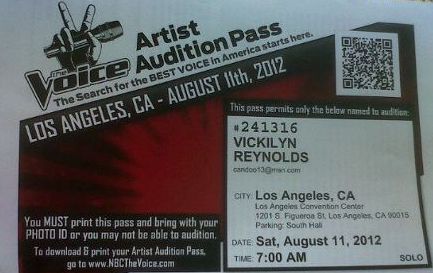 The Colored Museum is a play written by George C. Wolfe that premiered in 1986, directed by L. Kenneth Richardson. In a series of 11 “exhibits”, the review explores and satires prominent themes and identities of African-American culture. Wikipedia 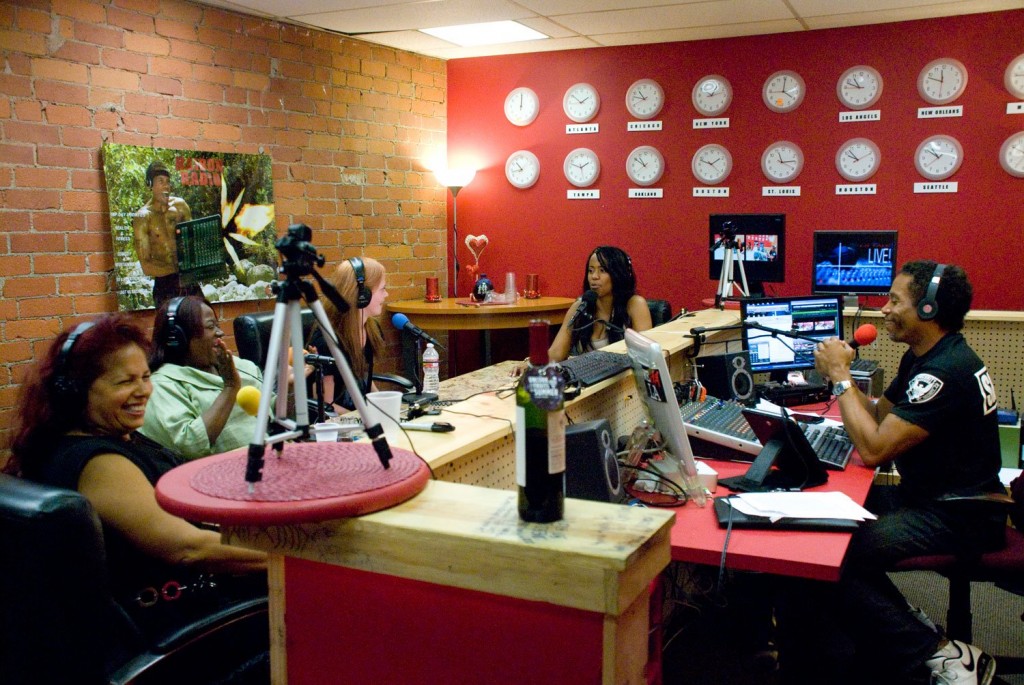 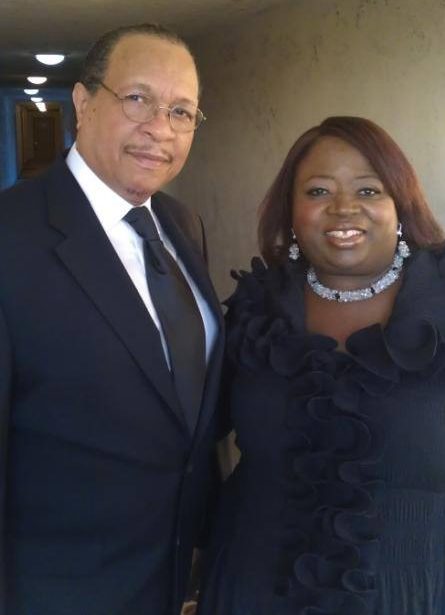 Vickilyn Reynolds is married to Albert Reynolds and is the proud mother of two sons. 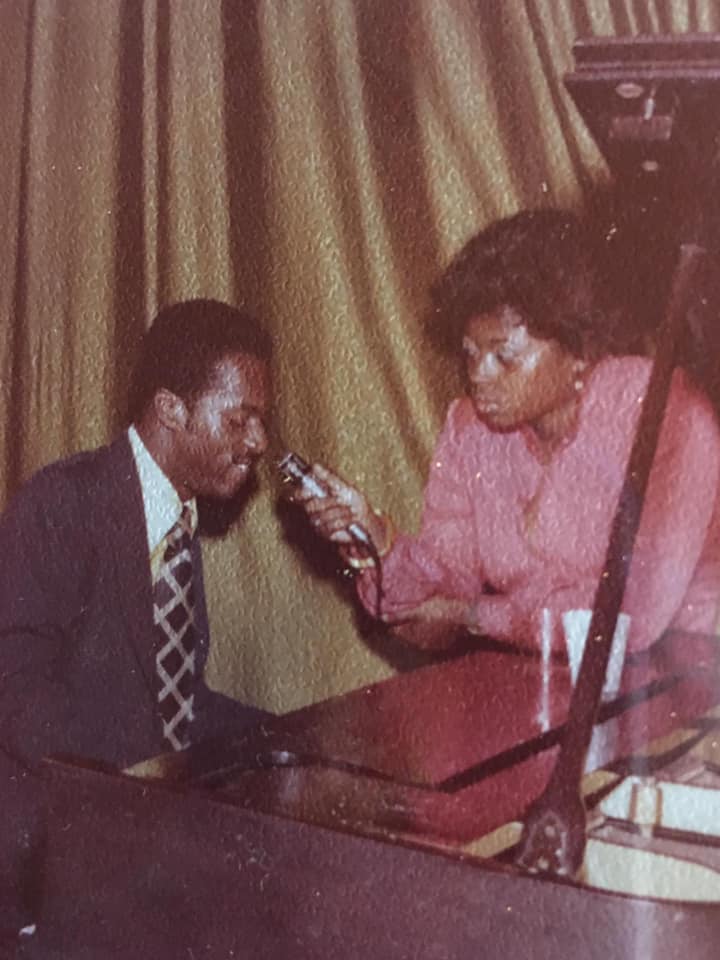 It’s been 25 years and I still hurt and think of him every day! But I recently caught up with “happy” again and it feels good. I miss you like crazy bro! R.I.P. 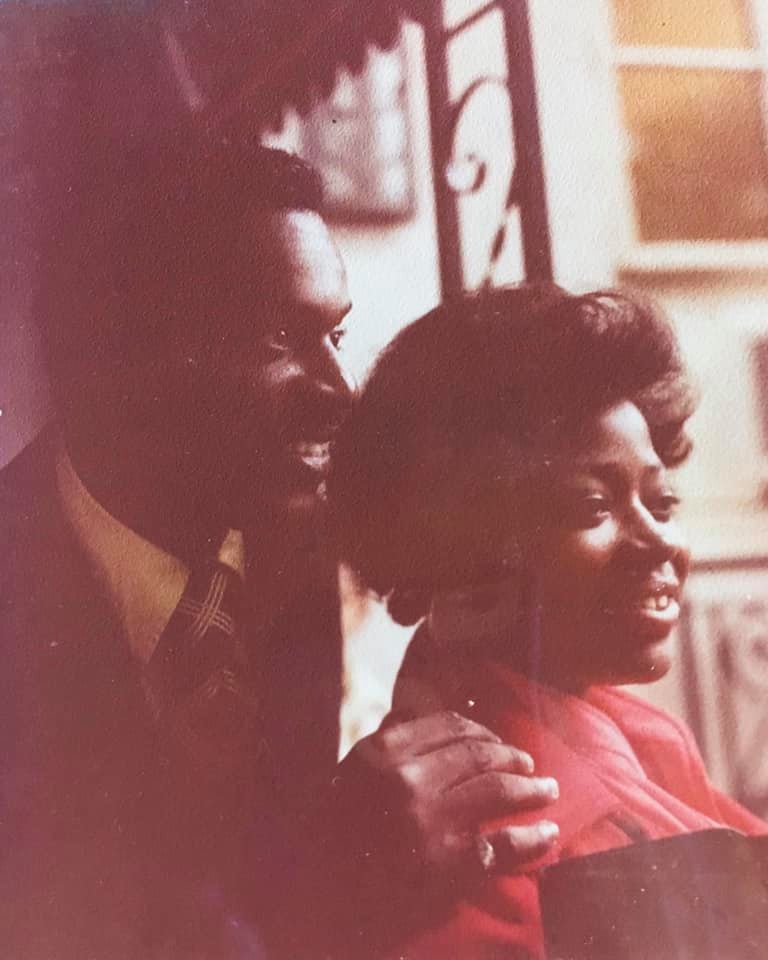 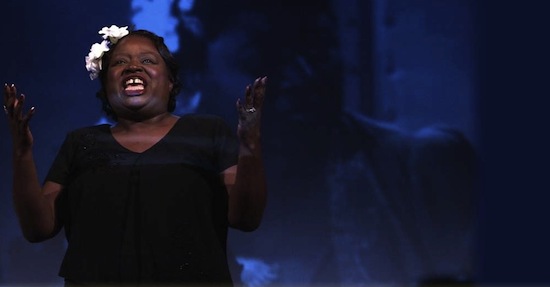 Before there was a Sidney Poitier, a Denzel Washington, a Morgan Freeman or a Halle Berry, there was Hattie McDaniel. In the engaging bio-musical Hattie … What I Need to Know, Vickilyn Reynolds honors the life of this extraordinary entertainer, who in 1940 became the first African-American to win an Oscar with her performance as Mammy in Gone With the Wind. Fittingly, the show opens with a video of that historic evening, after which Reynolds (who bears a noticeable resemblance to McDaniel) appears onstage and, for two hours, does a beguiling job of bringing McDaniel to life. Reynolds’ script covers a lot of ground and could use some tightening, and at times her loose, conversational style distracts and meanders. Still, she and director Byron Nora succeed in making McDaniel’s story an entertaining experience, recounting her early days singing in a gospel choir; difficulties with her overprotective parents; a string of unhappy marriages; struggles with racism in and outside of Hollywood; and her slow, determined rise to success, which ultimately placed her in the friendly company of stars like Clark Gable, Mae West, Bing Crosby, and Marlene Dietrich. As interesting as this all is, the real payoff is hearing Reynolds sing the selection of jazz, blues, and gospel songs with commanding artistry and passion. Elephant Space, 6322 Santa Monica Blvd., Hlywd. 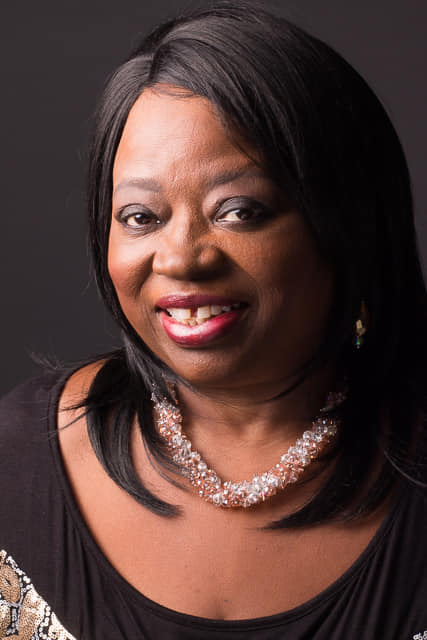 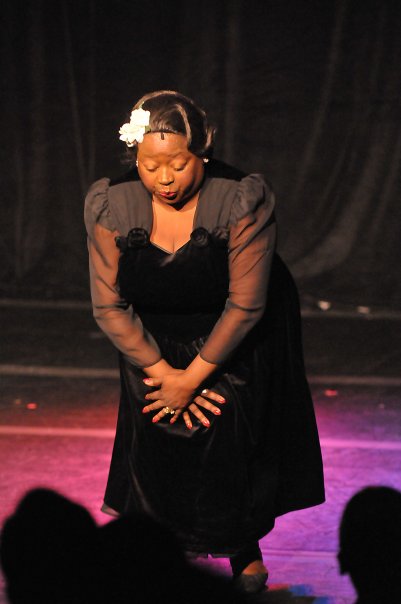