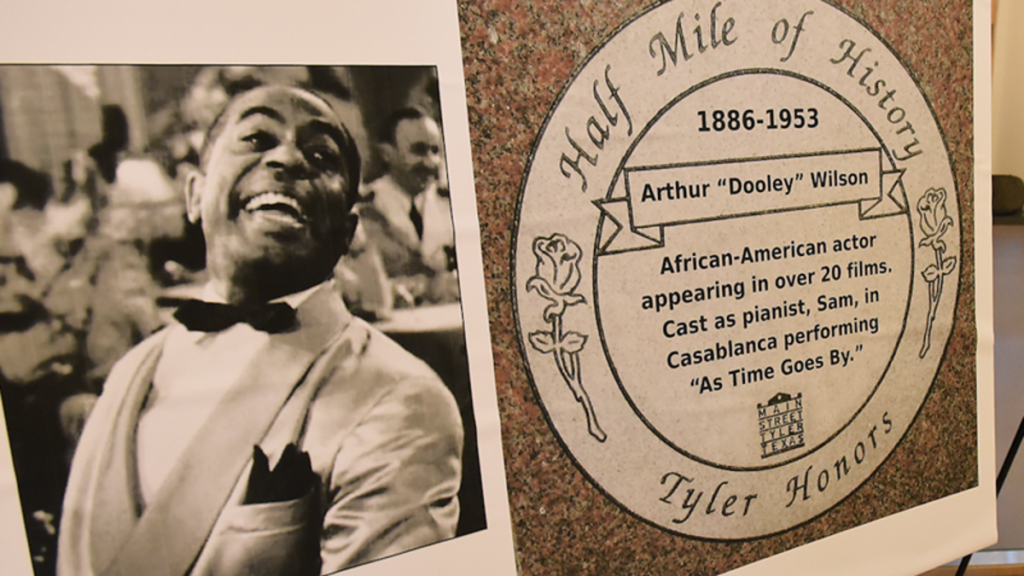 American actor, singer, and musician who is best remembered as Sam in the 1942 film, Casablanca; in the film, he also performed its theme song, “As Time Goes By“.

Birth Name: Arthur Wilson
“You must remember this, a kiss is still a kiss, a sigh is just a sigh; the fundamental things apply, as time goes by…”.
Anyone unfamiliar with this legendary movie lyric must either live in a well-insulated modern world or perhaps on Mars. The gentleman who crooned this tune for the morose Humphrey Bogart and moist-eyed Ingrid Bergman at Rick’s Cafe Americain amid the bleak WWII backdrop was none other than diminutive, 56-year-old Arthur “Dooley” Wilson, an African-American actor and singer who earned a comfortable niche for himself in film history with this simple, dramatic, piano-playing scene.

Dooley was born Arthur Wilson in Tyler, Texas. His exact year of birth was debated for years, listed in reference books as either 1886 or 1894. His grave marker, however, at Angelus Rosedale Cemetery in Los Angeles gives the year 1886. At age 12 he performed in minstrel shows and later became a fixture in Black theater in both Chicago and New York (circa 1908). He received the nickname “Dooley” while working in the Pekin Theatre in Chicago, because of his then-signature Irish song “Mr. Dooley,” which he usually performed in whiteface as an Irishman. In subsequent years Dooley displayed his musical skills in various forms.

As a vaudevillian, drummer, and jazz bandleader, he entertained both here and in 1920s European tours (Paris, London, etc). From the 1930s to the 1950s he focused on theatrical musicals and occasional films. Appearing in such diverse Broadway plays as the comedy “Conjur Man Dies (1936) and the melodrama “The Strangler Fig” (1940), along with various Federal Theater productions for Orson Welles and John Houseman. This exposure led directly to his signing on as a contract player with Paramount Pictures in Hollywood. He, unfortunately, began things off in demeaning typecasts as porters, chauffeurs, and the like.

Unhappy with the movie roles he was about to abandon Hollywood altogether when Paramount lent him out to Warner Bros. for the piano-playing role of Sam and the rest is history. In Casablanca (1942), Dooley immortalized the song “As Time Goes By” as boss and nightclub owner Rick Blaine (Bogart) and lost true love Ilsa Lund (Bergman) briefly rekindled an old romantic flame. While paid only $350 a week for his services, Dooley achieves his own immortality as well and that can’t be bought. Moreover, he was not a pianist in real life and was dubbed while fingering the keyboard. In addition to “As Time Goes By,” Dooley’s character did warm renditions of “It Had To Be You,” “Shine,” “Knock On Wood” and “Parlez-moi d’amour.” Back on the live stage Dooley portrayed an escaped slave in the musical “Bloomer Girl” (1946) and, as a result, made another song famous, “The Eagle and Me,” which went on for inclusion in the Smithsonian recordings compilation “American Musical Theatre.” He graced approximately twenty other motion pictures in all, including the war-era musicals Stormy Weather (1943) and Higher and Higher (1943).

In his final season of performing (1952-1953) Dooley was a regular on the TV sitcom Beulah (1950) which starred Ethel Waters. He played the title maid’s boyfriend Bill Jackson and Dooley was the second of three actors who would play the role during its three-season run. Dooley died of natural causes on May 30, 1953, and was survived by his wife, Estelle, who subsequently passed away in 1971.”
In January 2017, Wilson’s hometown of Tyler, Texas dedicated a marker on its Half Mile of History in his honor. 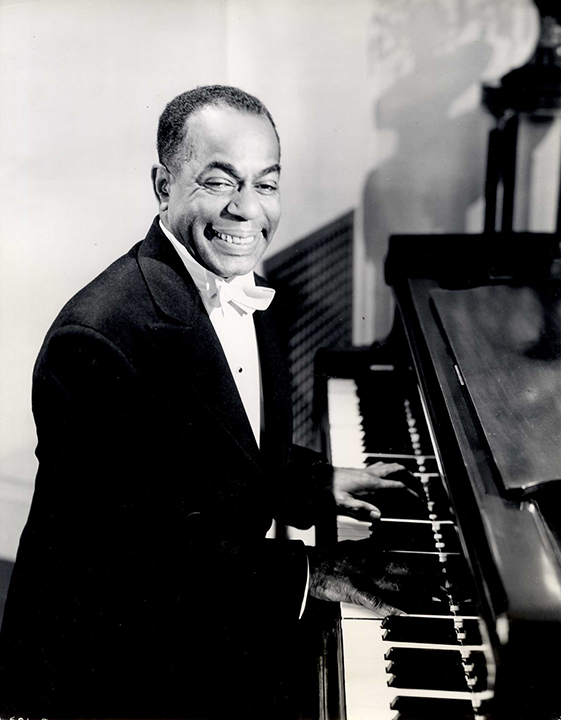