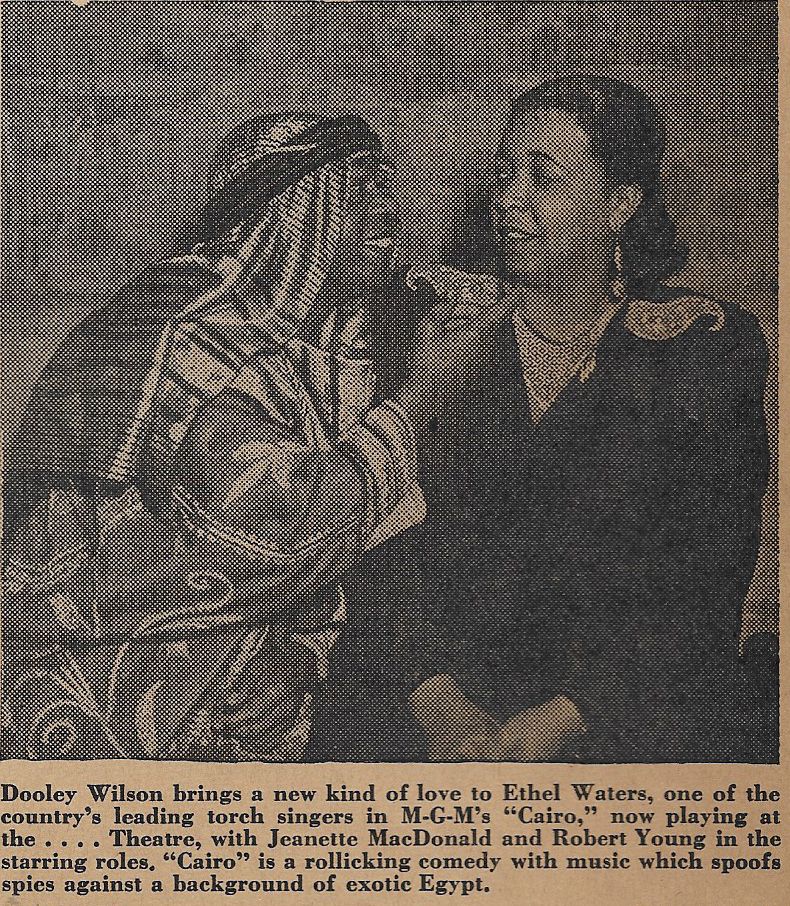 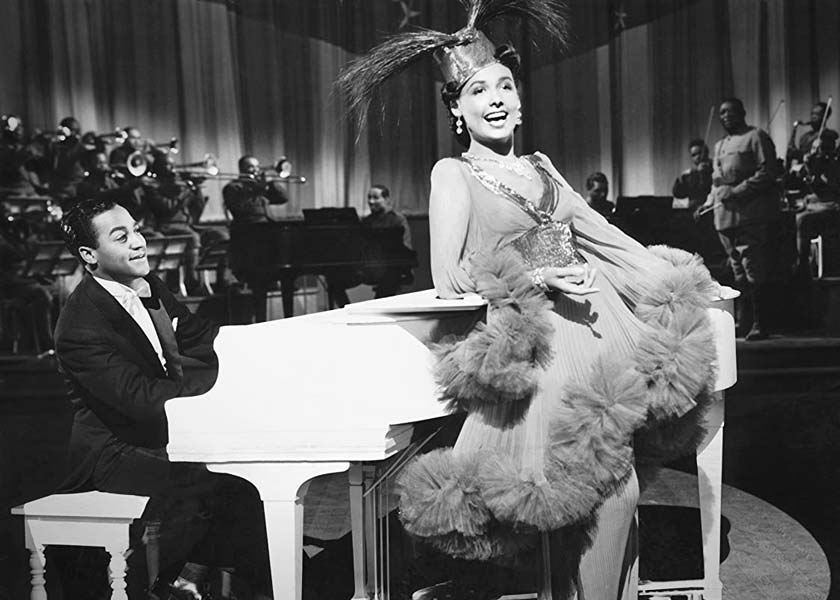 Stormy Weather takes its title from the 1933 song of the same title, which is performed near the end of the film. It is based upon the life and times of its star, dancer Bill “Bojangles” Robinson. Robinson plays “Bill Williamson”, a talented born dancer who returns home in 1918 after serving in World War I and tries to pursue a career as a performer. Along the way, he approaches a beautiful singer named Selina Rogers, played by Lena Horne is one of her few non-MGM film appearances (and one of only two films from the 1930s-1940s in which Horne played a substantial role). The character of Selina was invented for the film; Robinson did not have such a romance in real life. Dooley Wilson co-stars as Bill’s perpetually broke friend and Emmett ‘Babe’ Wallace co-stars as the antagonist vying for Lena’s hand.

A story of star-crossed lovers, STORMY WEATHER details the story of Bill Williamson( Bill “Bojangles” Robinson) — a dancing legend — and the love of his life Selina Rogers(Lena Horne). Just after WWI, Williamson meets singer Rogers at a soldier’s ball and promises to return for her after he has made his way in the world. Rogers has others things in mind as she has just as much ambition as Williamson. The two cross paths often as they both reach the heights of fame.

Shane Vogel suggests that Lena Horne’s (vocals) and Katherine Dunham’s(dance) performances of “Stormy Weather” in the film are, like Ethel Waters’ performance of the song in The Cotton Club Parade of 1933, African American modernist critiques of American culture.

Fred Astaire told the Nicholas Brothers that the “Jumpin’ Jive” dance sequence was “the greatest movie musical number he had ever seen”.

The musical numbers in the movie contain elements of minstrelsy. The performance of a cakewalk, for example, features flower headdresses reminiscent of the Little Black Sambo figures used in historical misrepresentations of Black American males. Stormy Weather and other musicals of the 1940s opened new roles for blacks in Hollywood, breaking through old stereotypes and far surpassing limited roles previously available in race films produced for all-black audiences. (Wikipedia)

Check out this underappreciated gem from 1943.

Shared for historical purposes. I do not own the copyright.

Wilson was cast in the film version of Stormy Weather (1943), as Gabe Tucker, the best friend of Bill Williamson (Bill “Bojangles” Robinson). It was the second all-Black cast motion picture made by a major studio in the 1940s, after Cabin in the Sky. 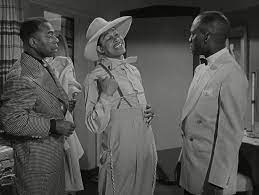 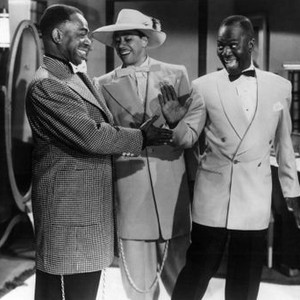 Back on Broadway, Wilson played Pompey, an escaped slave, in the musical Bloomer Girl (1944–46). His performance of the song “The Eagle and Me” in this show was selected by Dwight Blocker Bowers for inclusion in a Smithsonian recordings compilation, American Musical Theatre. Later, Wilson played the role of Bill Jackson on the television situation comedy Beulah during its 1951–52 season. 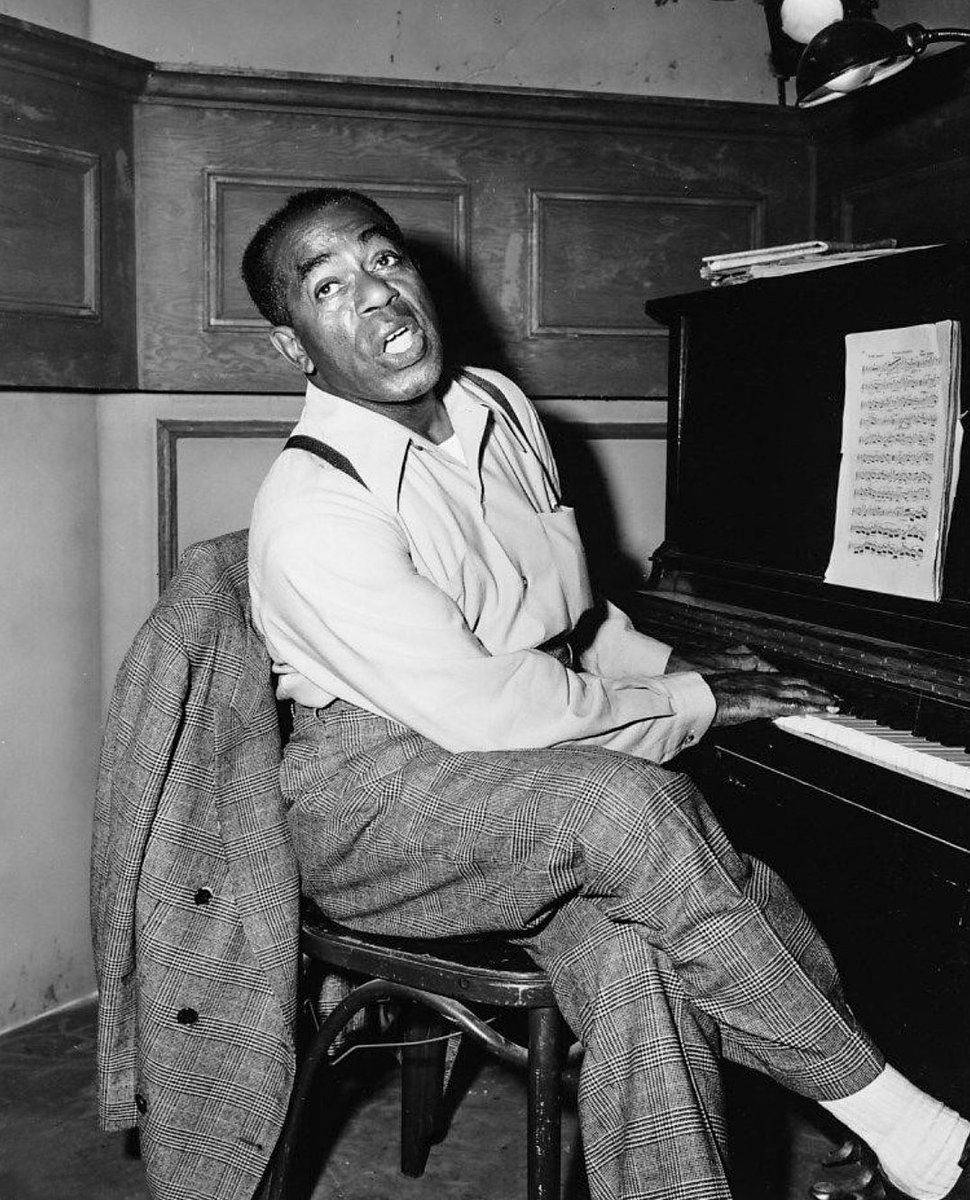 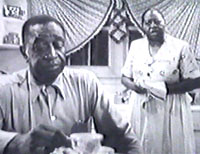 Wilson was on the executive board of the Negro Actors Guild of America.

Wilson died May 30, 1953, of natural causes, at his Los Angeles home. He had become ill two years earlier, while he was performing in a stage production of Harvey in New York. He is buried at the Rosedale Cemetery in Los Angeles. He was survived by his wife, Estelle (née Williams).

In January 2017, Wilson’s hometown of Tyler, Texas dedicated a marker on its Half Mile of History in his honor. 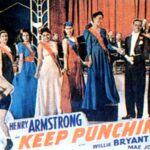 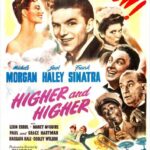