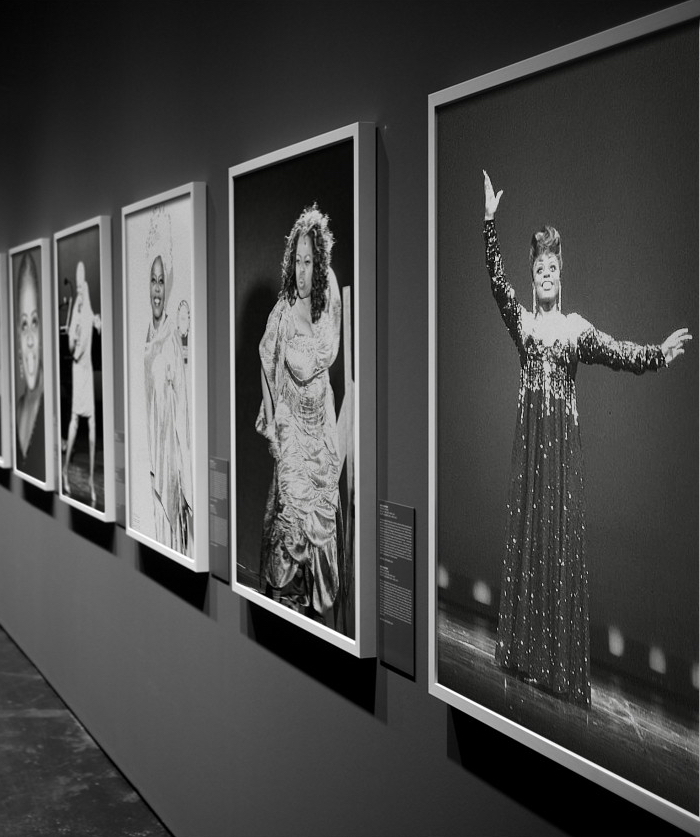 13 Must-Watch Lillias White Videos
BY ANDREW GANS
JUN 08, 2020
Watch just a few of the highlights from the Tony winner’s career on stage and screen.

“There’s a palpable sense of energy that radiates from Lillias White even when she is standing still, and when you mix that energy with her gifts as an actor and singer—including that explosion of voice—thrilling moments ensue.

A Tony winner for her performance in The Life, White has a gift for the comedic but is equally wonderful with the dramatic. She also starred on Broadway in Barnum, Dreamgirls, Cats, Once On This Island, How to Succeed in Business Without Really Trying, Chicago, and Fela!, provided the voice for the muse Calliope in the 1997 Disney hit Hercules, and appeared Off-Broadway in Texas in Paris; While I Yet Live; The Best Is Yet to Come: The Music of Cy Coleman; Love, Loss, and What I Wore; Crowns; Dinah Was; and Romance in Hard Times. Possessing one of the most phenomenal belts in the business, one of the many reasons that make White’s singing so enjoyable—apart from the sheer power of her tone and her investment in each lyric—is her skillful use of riffs. Unlike so many of today’s pop singers, however, White doesn’t riff every other note; she uses them sparingly, and in doing so, makes her interpretations that much more effective. Music simply lives within her, and how lucky we are that she has shared it with audiences for decades.

As Broadway remains temporarily closed due to the coronavirus pandemic, it seemed like a great time to look back at the career of this stellar artist.” 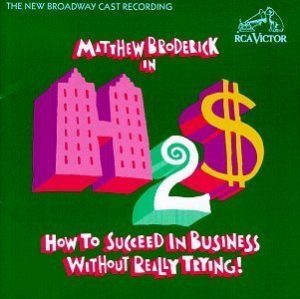 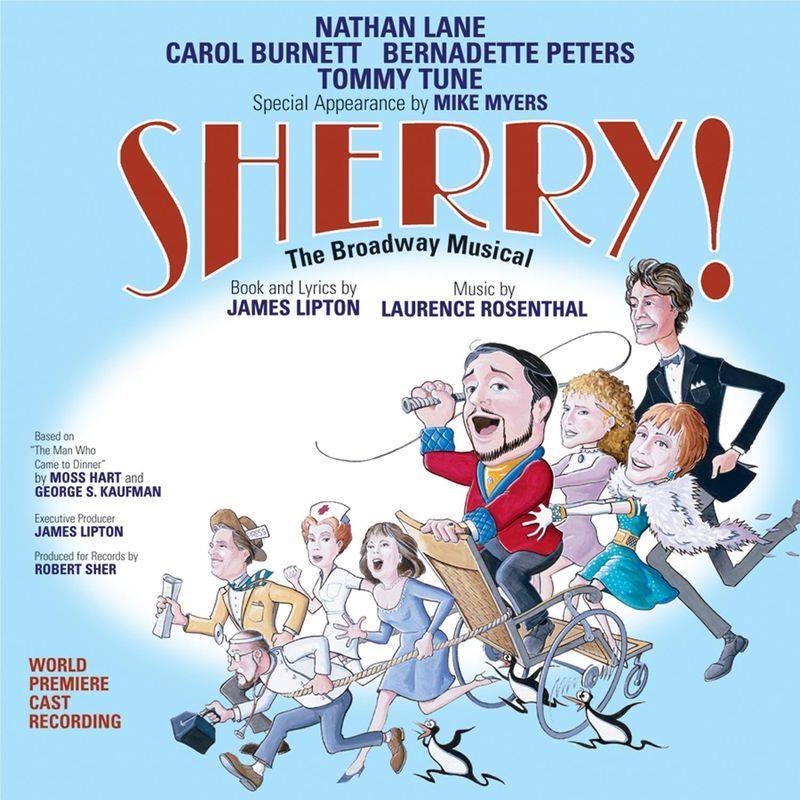 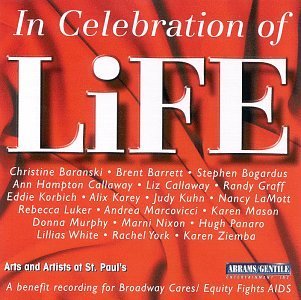 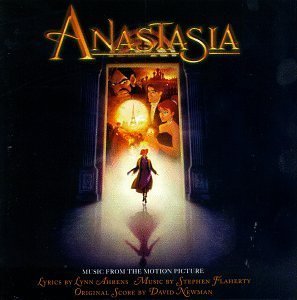 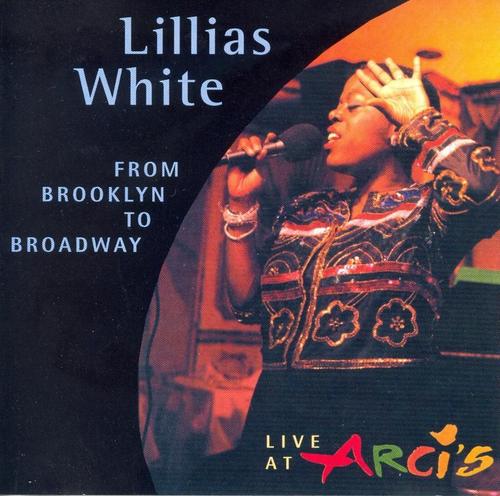 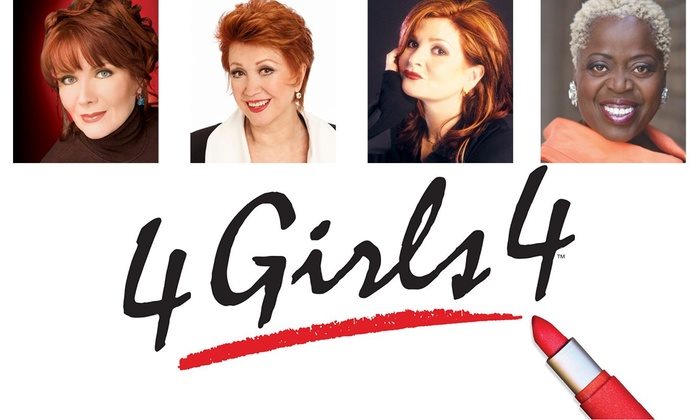 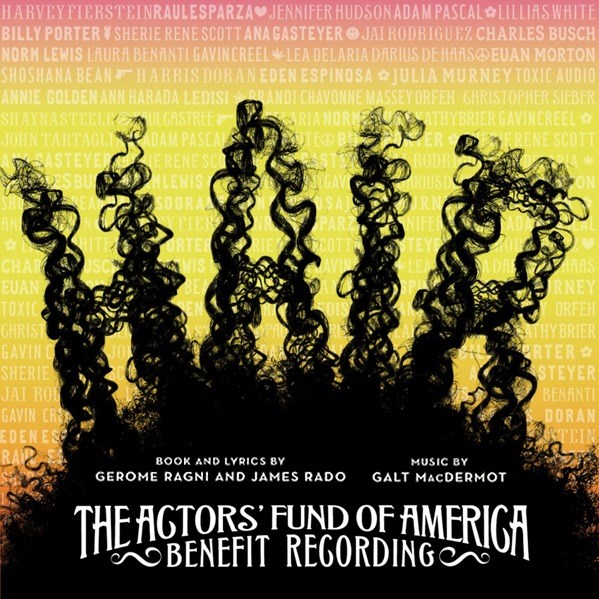 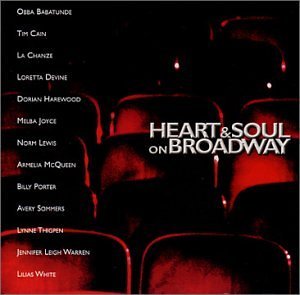 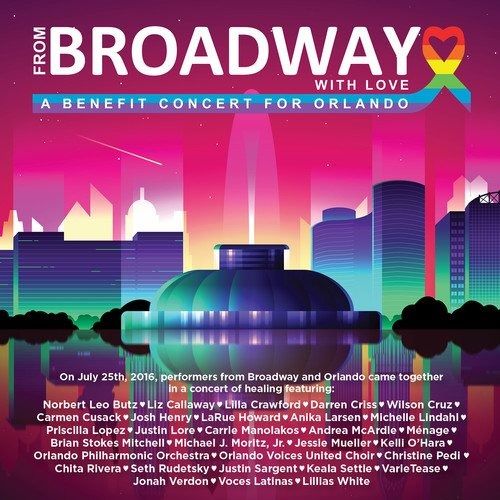 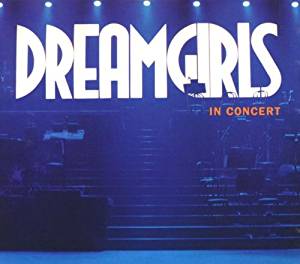 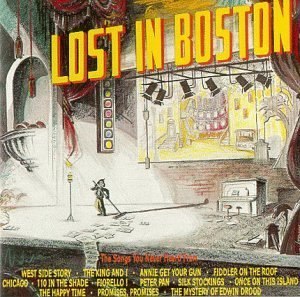 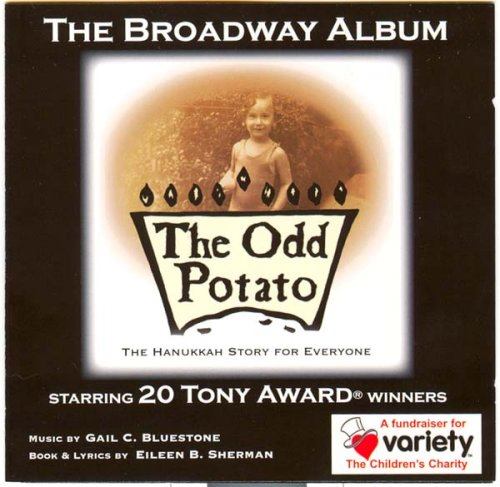 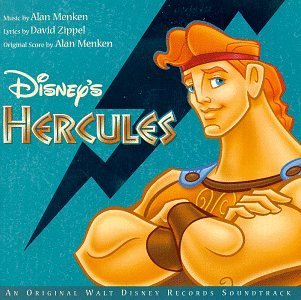 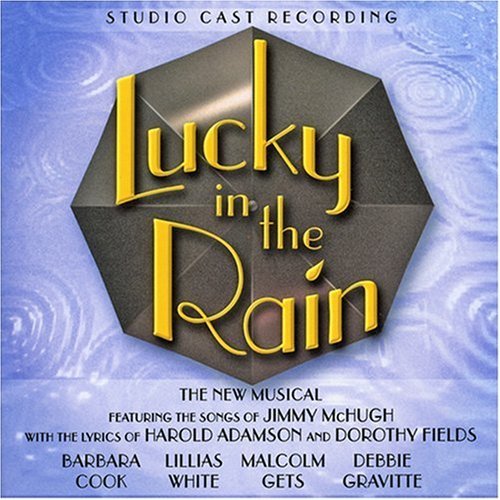 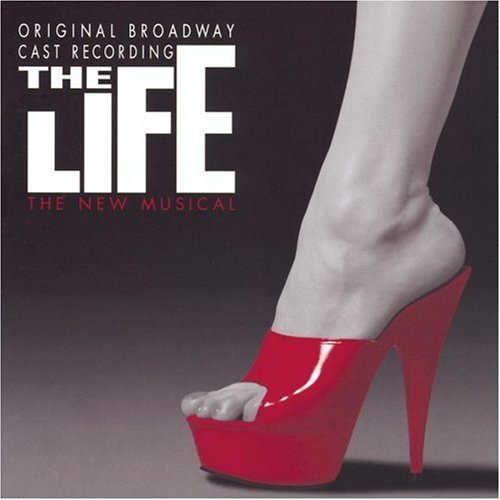 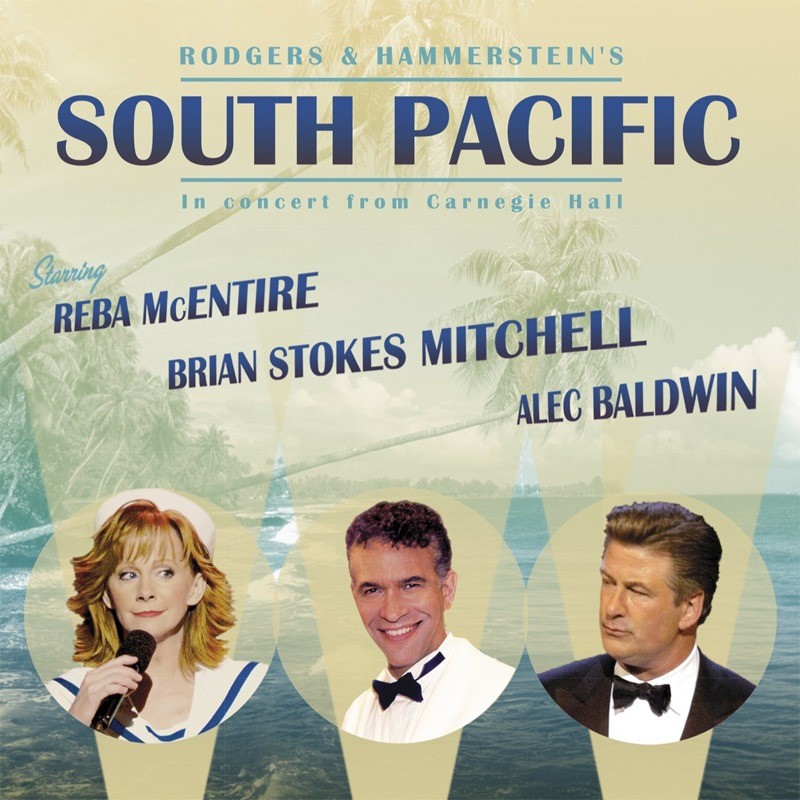 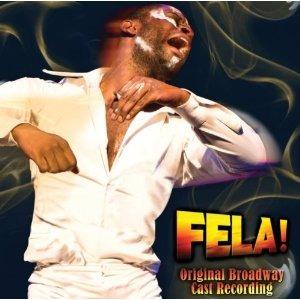 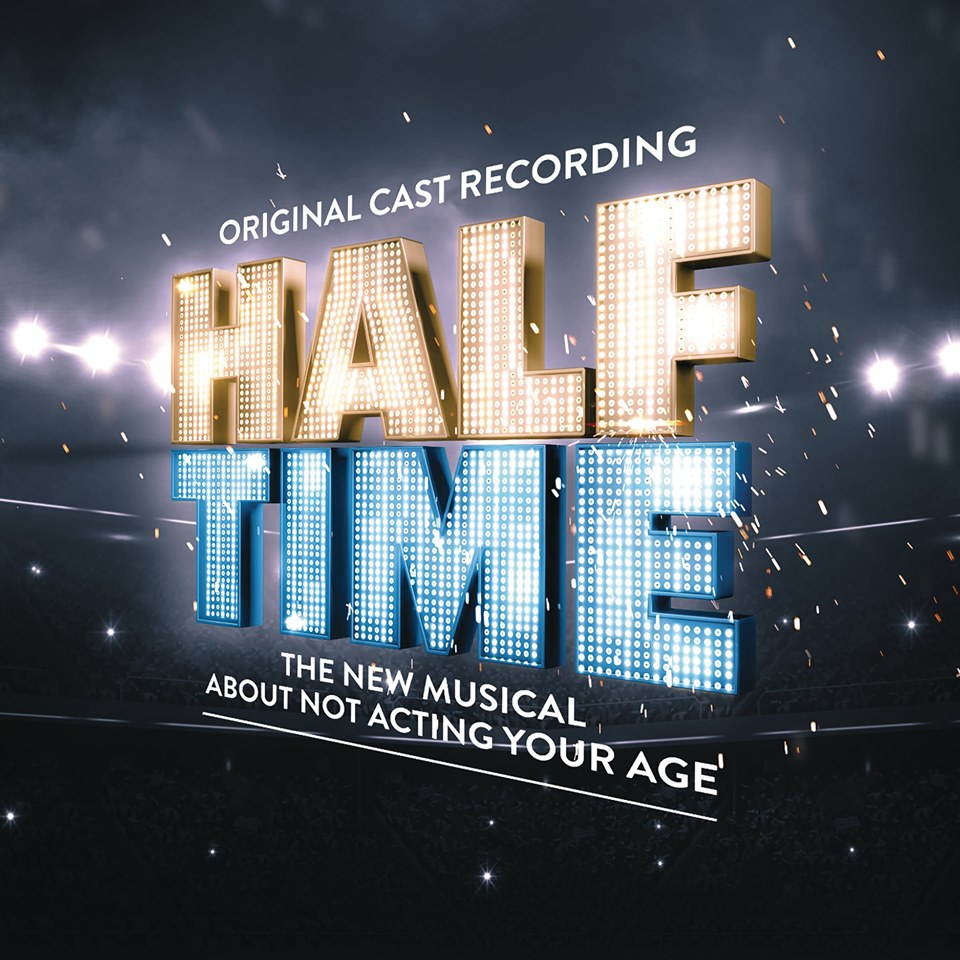 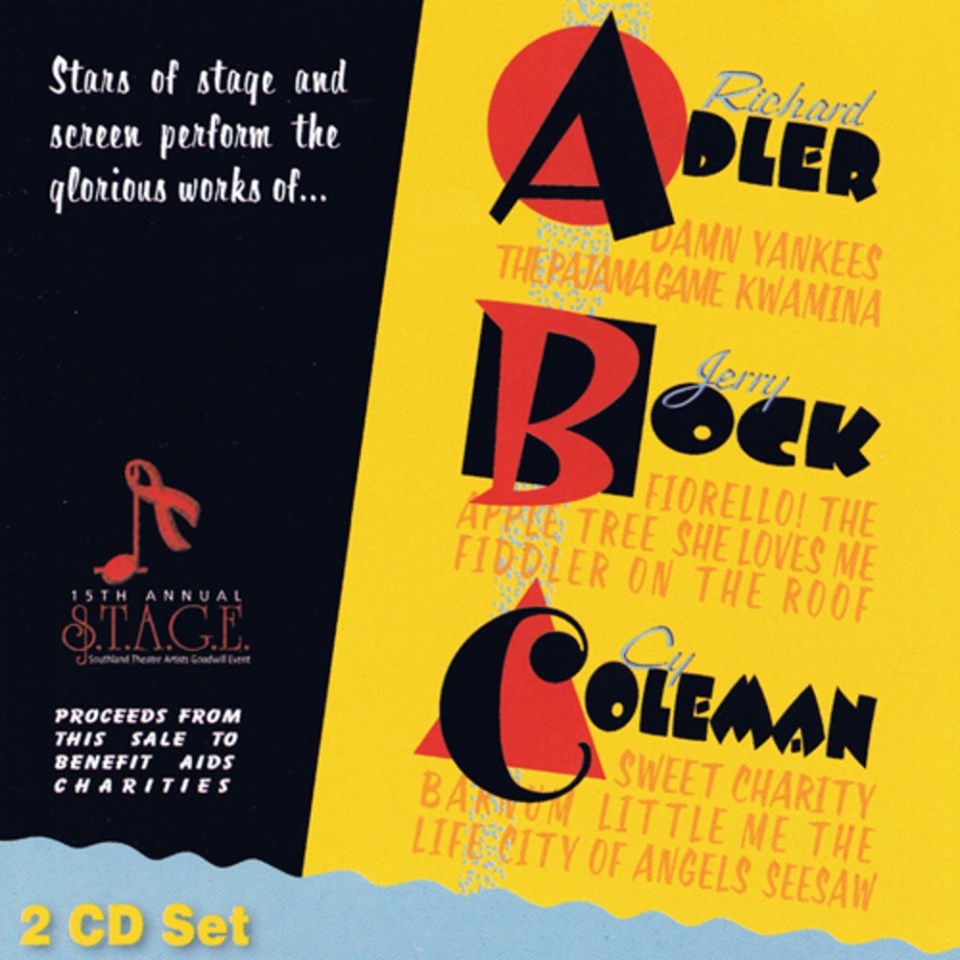 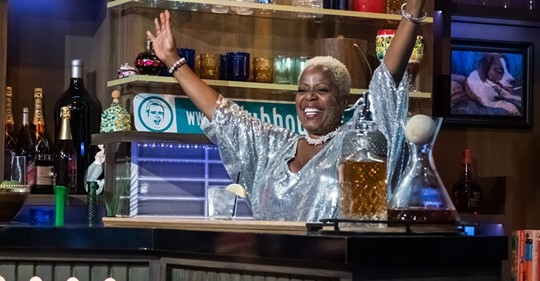 Lillias White is seen on “Watch What Happens Live” with Andy Cohen. (Bravo/NBCU Photo Bank/Getty Images)
Lillias White is among the Broadway powerhouses and theater talent who are bringing the house down in a concert special that will be live-streamed to people’s homes. 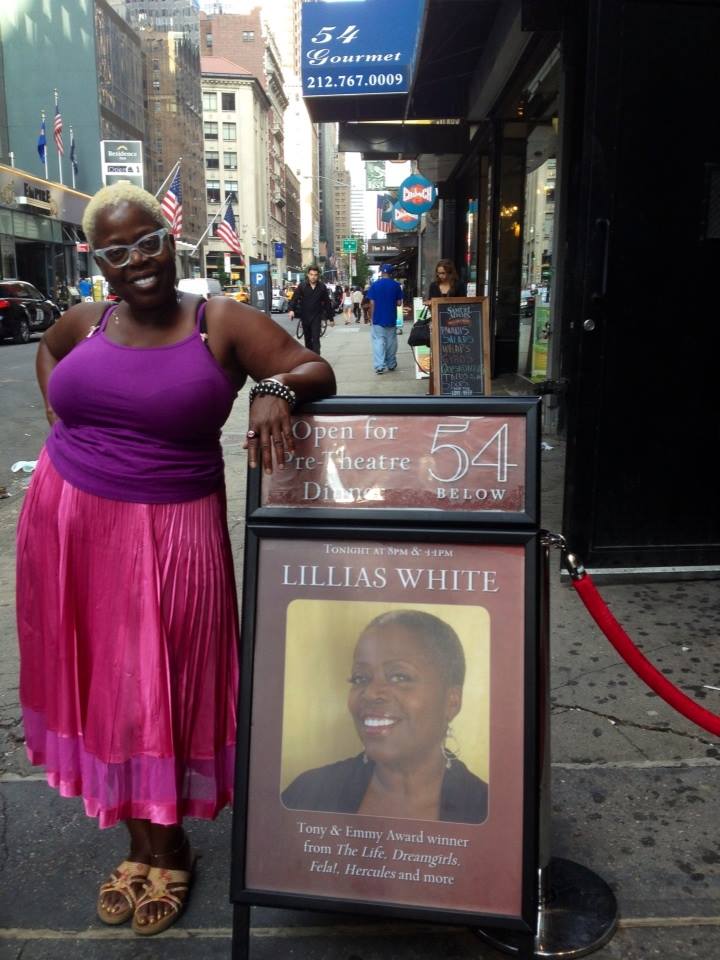 Check out this new video from TONY® and Daytime EMMY® Award Winner LILLIAS WHITE’s first, solo studio album, GET YOURSELF SOME HAPPY! “A Little Imagination” has lyrics by EILEEN BLUESTONE SHERMAN and music by GAIL C. BLUESTONE. The full album is available July 23, 2021, via Old Mill Road Recording. Pre-sales are available now at LilliasWhite.com The album is a modern mix of Motown, Standards, Rock-and-Roll, Broadway, and Jazz – all re-invented for today’s audiences. The tracks all center on the theme of happiness. Titles range from a soulful “When You Wish Upon a Star” to a lightning-fast “The Twist” to a raw “Happy Together” – and her tropical “Put on a Happy Face” will make you grin from ear to ear. Music: GAIL C. BLUESTONE Lyrics: EILEEN BLUESTONE SHERMAN Musical Arrangements: TIMOTHY GRAPHENREED, JOSHUA SHERMAN, BENJAMIN LERNER Piano: TIMOTHY GRAPHENREED Drums: LEONARD KENYON Bass: STEVE CADY Strings: AIDAN AJIT SINGH Guitar: ADAM KORNREICH

Look Back at Lillias White’s Tony-Winning Performance in The Life on Broadway
https://www.playbill.com/article/look-back-at-lillias-whites-tony-winning-performance-in-the-life-on-broadway?fbclid=IwAR0aFdLeaxOW3jTtCJkPoJwSEJxsUMuY0KkArMEER6oukQPSWMHYLLxLqVo 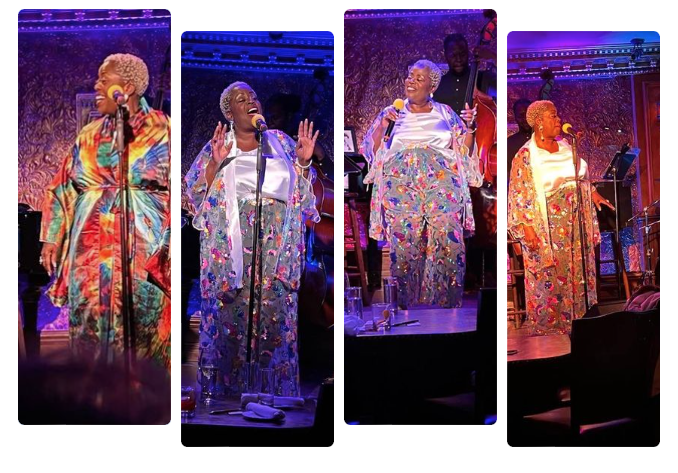 Lillias White: Divine Sass, A Tribute to The Divine One – Sarah Vaughan

Divine Sass takes you on a journey through the life, times, and music of “the Divine One,” Sarah Vaughan, from her remarkable win at the world-famous Apollo Theater Amateur Night contest to her collaborations and tours with some of the most renowned musicians who’ve ever graced a stage, to her legendary appearances at Carnegie Hall. This show features music created by Dizzy Gillespie, Duke Ellington, Billy Eckstein, Erroll Garner, George Gershwin, and Vaughan herself. Audiences will enjoy tunes she made popular, like “Misty,” “The Man I Love,” and “If You Could See Me Now,” among many others. This tribute is a labor of love, as Ms. White finds The Divine One worthy of honor and fond remembrance. Enjoy Divine Sass!

The Tony-winning stage veteran will be the first female-identifying actor to play the mythical character. 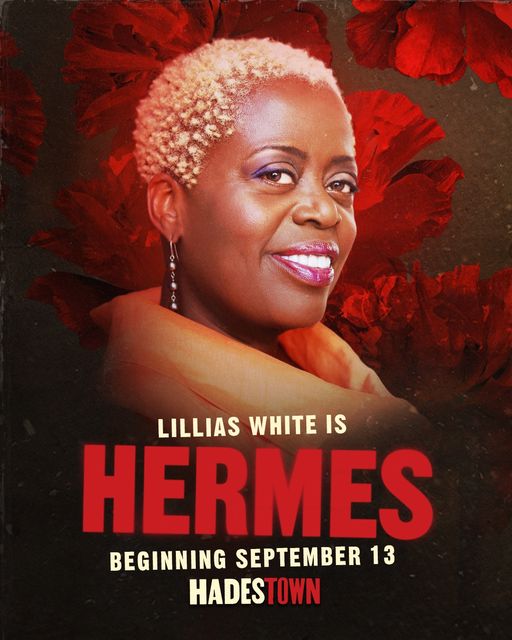 HADESTOWN
We are ecstatic to welcome the beloved Tony and Grammy Award-winning legend, Lillias White, to Hadestown on Broadway as our new Hermes beginning September 13th, 2022! Hadestown.com

Tony Award winner Lillias White has been announced as the next Hermes in Hadestownon Broadway. She begins her run Tuesday, September 13, and will be the first female-identifying actor to play Hermes in the acclaimed musical. André De Shields originated the role on Broadway, earning a Tony Award for his performance. T. Oliver Reid, who is currently performing the role, will depart the show on Sunday, September 4. 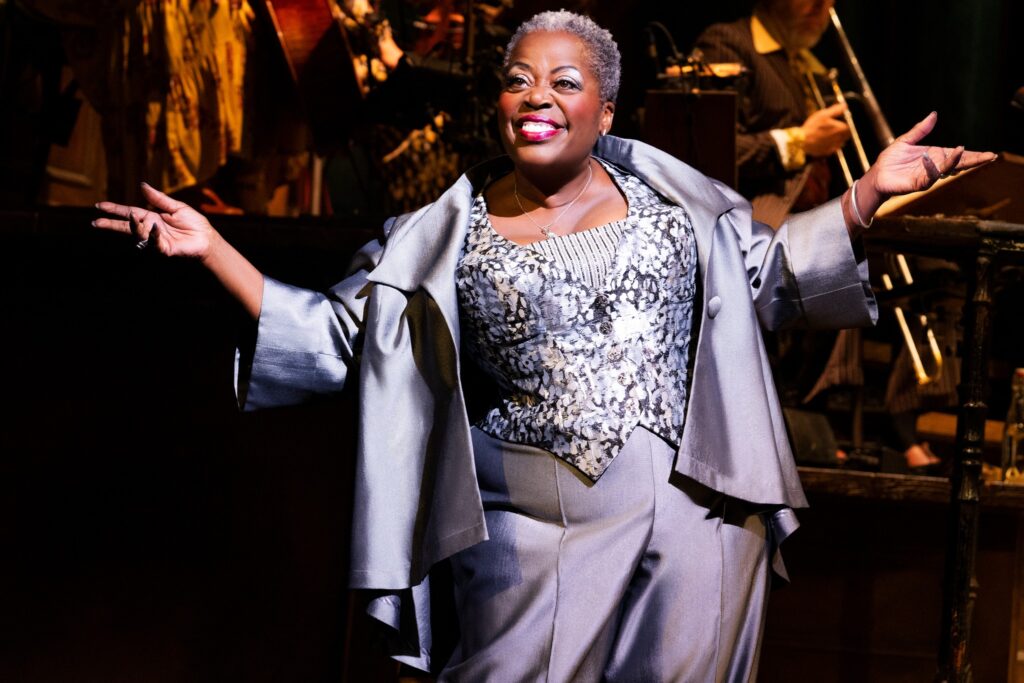 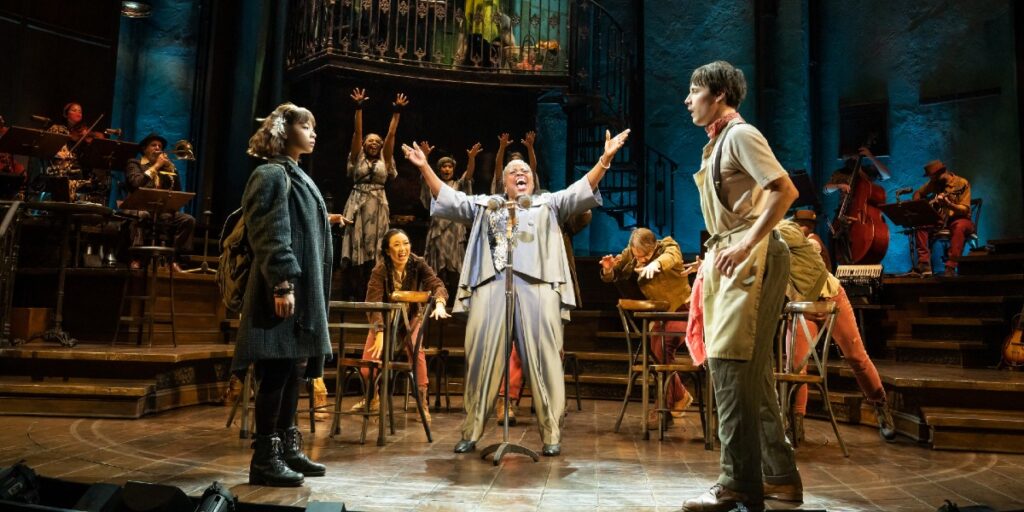 This eight-time Tony-winning Best Musical has been bringing audiences way down to Hadestown since 2019. This show retells the classic Greek myths of the lovers Orpheus and Eurydice, and Hades and Persephone, with a stirring folk and jazz score. But don’t worry if you didn’t pay attention during your mythology lesson in high school, our critic notes in a four-star Hadestown review: “Going to hell has never been as much fun as seeing a performance of AnaÃ¯s Mitchell’s musical Hadestown, now playing at the Walter Kerr Theatre. And don’t let its origins in Greek mythology scare you off because there’s a built-in narrator in the form of the god Hermes.” 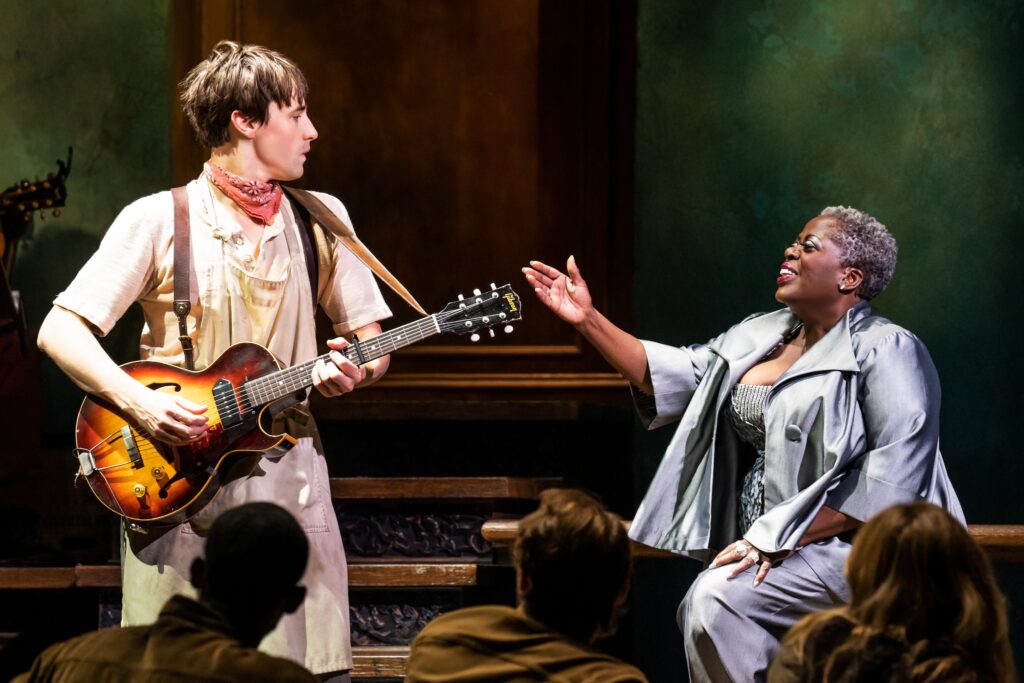 “Hadestown director Rachel Chavkin said the following regarding White’s casting: “I’m over the moon about Lillias stepping into this role. She’s a total legend, has an earth-shattering voice, and will bring grace and warmth to the role that is completely her own. Hadestown is a myth, and so we’ve always felt these characters can mold whoever is playing them and take on new life and meaning with each new actor/spirit… Like the Greek gods themselves, our actors change shapes, size, color, tonality, and vibe, and doesn’t it make the world more delightful.” 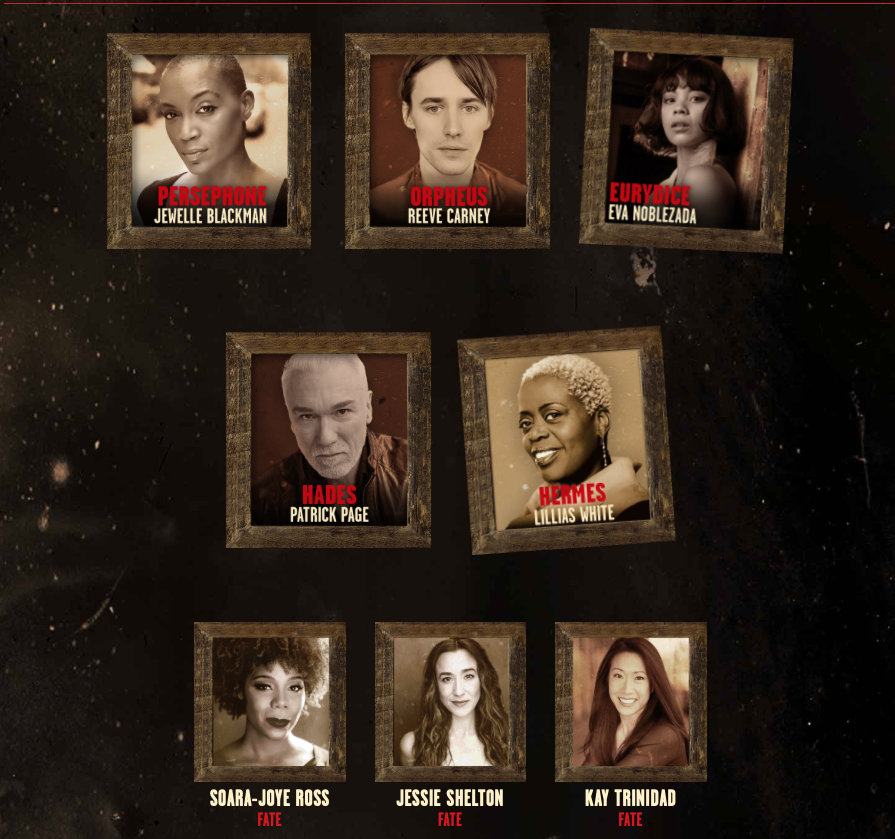 Lillias White is a Tony, Drama Desk, and Outer Critics Circle Award winner for her performance in The Life. She has appeared on Broadway in Barnum, Dreamgirls, Cats, Carrie, Once on this Island, How to Succeed in Business Without Really Trying, and Fela! (Tony Award nomination) and most recently in Chicago in the Fall of 2021 as Matron “Mama” Morton having first appeared in the Broadway production in 2006. Other Off-Broadway and Regional credits include the musical Black No More in Winter 2022, the Public Theater’s Romance in Hard Times for which she won the Obie Award, Ma Rainey’s Black Bottom (directed by Phylicia Rashad) for which she won the NAACP Award, and the Carnegie Hall Concert version of South Pacific which was also broadcast on PBS’ “Great Performances.” She received the Daytime Emmy Award for her role as Lillian Edwards in “Sesame Street” and is beloved by audiences for voicing the lead muse Calliope in Disney’s animated feature Hercules. Her most recent television appearances include the Baz Luhrmann-directed Netflix series “The Get Down,” as well as “Russian Doll” and “Search Party.” She has appeared in cabarets and concert halls around the world. Her first solo studio album Get Yourself Some Happy! is available now at lilliaswhite.com and on all streaming platforms. 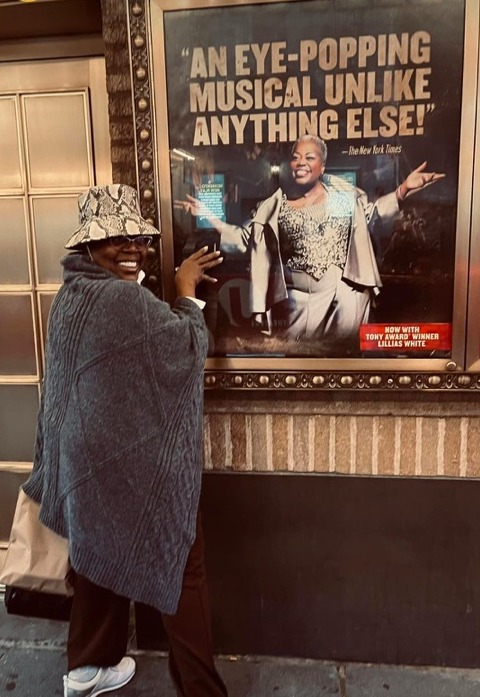