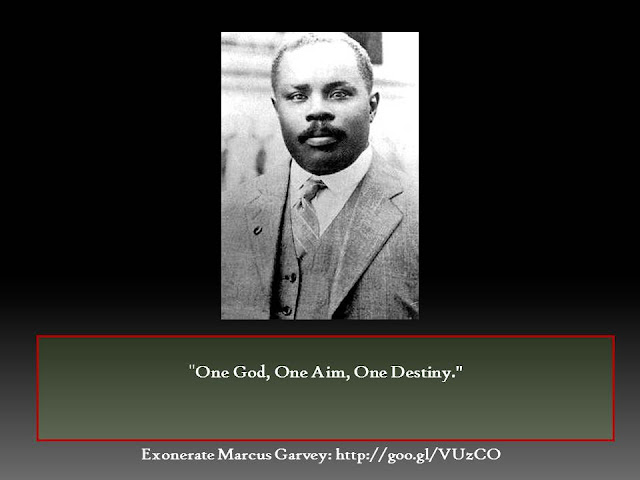 “You must pray for strong men and women to grow up among you to continue leading the race as your martyrs and heroes fall. Fall they must, as they do appear, bu…t there must be a continuous procession until the goal is reached. You must not mistake lip service and noise for bravery and service. We have been so deceived for too long. True courage, bravery, and real manhood cannot fail to show itself when embodied in the individual. It has no time and no place, it is ever evident.”
~ Marcus Mosiah Garvey Garvey meeting with members of the Universal Negro Improvement.

After about two months of being home, Garvey established the Universal Negro Improvement and Conservation Association and African Communities League, usually called the Universal Negro Improvement Association, in order to advance black people all over the world, and with the ultimate goal of establishing Africa as a world power. Marcus first encountered racism when his white friends stopped playing with him in St. Ann’s Bay. Then, throughout his travels, he noticed that everywhere he went the Negro was always on the bottom rung of the social ladder. Usually, the government helps their subjects when they are being mistreated, but no matter where he went no one seemed concerned with the black population. So he came to ask, where is the Negro’s government? Where is the Negro’s President? Ambassadors? Realizing its absence he founded the UNIA, with the motto “One God, one aim, one destiny,” to rectify this problem. However, he failed to attract a large following while in Jamaica. It was in the United States that he rose to prominence.

Inspired by Booker T. Washington, he came to America to meet with him about starting a Black college in Jamaica, like the Tuskegee Institute. Washington died before he and Marcus could meet, but while in Harlem he established a UNIA chapter there. Perhaps because Blacks were a minority there, had lived in an independent democracy, and yet had still been denied proper equality, the UNIA attracted more support in the United States. Black people in the U.S. were disillusioned in the post-WWI era. After fighting to prove they had a place in America, Black soldiers were treated the same if not worse than before, and the East St. Louis Race Riots in the summer of 1919, now dubbed the Red Summer, made the UNIA all the more alluring. For all of these reasons, he not only attracted African Americans but also attracted West Indian Immigrants; in fact, he attracted all people of African descent.