Pura Fé has lent her voice to many environmental and Indigenous rights groups and campaigns. In 2013, she rowed in the Two Row Wampum Renewal Campaign canoe journey.[6] In 2014, she participated in the Honor the Earth Love Water Not Oil Tour with Winona LaDuke to oppose the Enbridge expansions of the tar sands and fracked oil pipelines.[7] She marched with Ulali Project in the front lines of the People’s Climate March singing the song, “Idle No More,” which she co-wrote with Cary Morin for the Idle No More movement.

Pura Fé and her cousin Jenn of Ulali went to Standing Rock to put on a concert fund raiser with Winona LaDuke and The Indigo Girls in support of the Water Protectors stopping the Pipeline. Pura Fé moved to North Carolina in the 1990s and volunteered to teach young people in the rural Indian communities of Robeson County, North Carolina. She won the Community Spirit Award from the First Peoples Fund of the Tides Foundation and later won its fellowship award for her volunteer contributions. She also won an award from Gonandagan in NY for her contributions.  [Wikepedia] “WE WERE BRED TOGETHER ON SLAVE PLANTATIONS DURING COLONIZATION OF OUR LAND. THIS UNION GAVE BIRTH TO A RICH NEW CULTURE BLENDING RELIGION, DANCE, FOOD, GOOD-LOOKING PEOPLE AND THE BLUES.”   – Pura Fé Crescioni 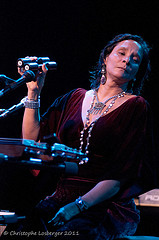 After hearing guitarist Kelly Joe Phelps perform, Pura Fé was inspired to pick up the acoustic lap slide guitar, a dying tradition, and style that was once strong in eastern N.C. native communities. After three months of teaching herself her own songs on guitar, she recorded her 2nd solo album, Follow Your Heart’s Desire, released on the Music Maker label. The album was a collection of anthems, stories, protest songs, and Iroquois/Tutelo Social Dance songs, that all state the influence of Indigenous music on Blues music and history.

One year later, she opened for Neil Young in Berkley, CA., singing Rise Up Tuscarora Nation and Find the Cost of Freedom. As a solo artist, she has also opened up for Herbie Hancock, Taj Mahal, Al Jarreau, and George Duke.

In late 2009, she released her 4th album, Full Moon Rising for both Music Maker and Dixie Frog, and began an extensive tour throughout Europe with her new CD, which features several artists including members of the Carolina Chocolate Drops, Danny Godinez, Cary Morin, and others. 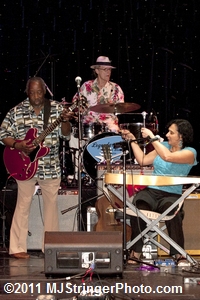 She currently tours with her band, the Pura Fe’ Trio, which consists of Cary Morin on lead guitar and Pete Knudson on percussion. Her 5th solo album, a live double CD, was released in the spring of 2011: “A Blues Night in North Carolina.” 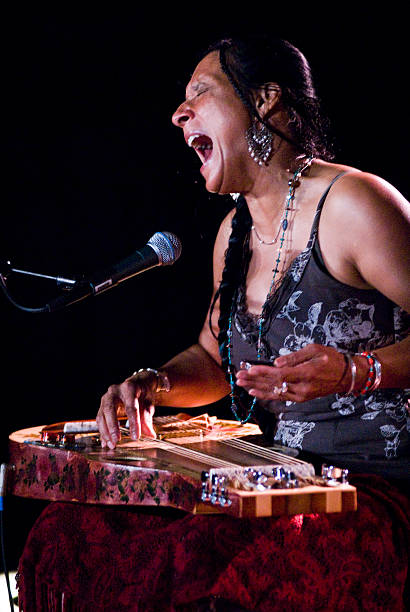 “How can an artist separate and dissect their expressions from the life that they live? Art for me is my life and everything that I do with my life.” 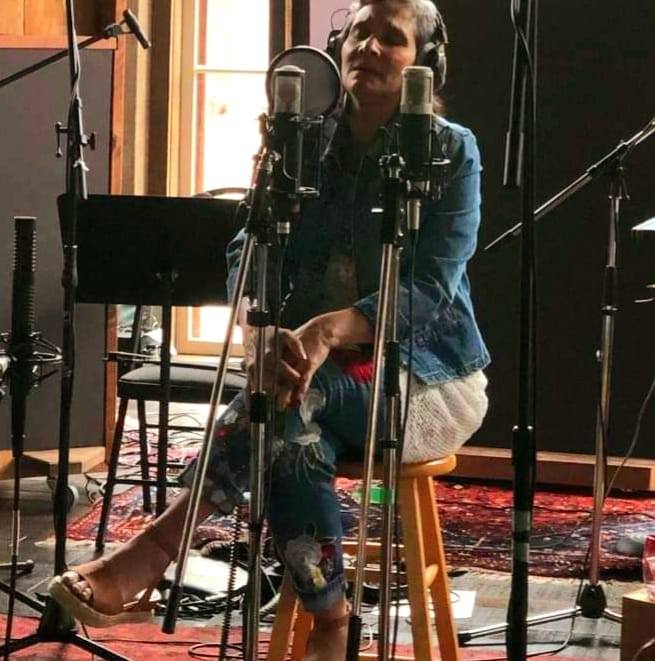 “The entire purpose of my art is the regeneration of traditional music, clothing, instruments and other “art forms” in a contemporary tribal world. The traditional then becomes the contemporary and the cycle merely continues. In a similar way, I don’t know that my work passes things on but may only reawaken and reaffirm things that the youth, for example, already know but may not had the opportunity to express yet. How can an artist separate and dissect their expressions from the life that they live? Art for me is my life and everything that I do with my life.” – Pura Fe Crescioni