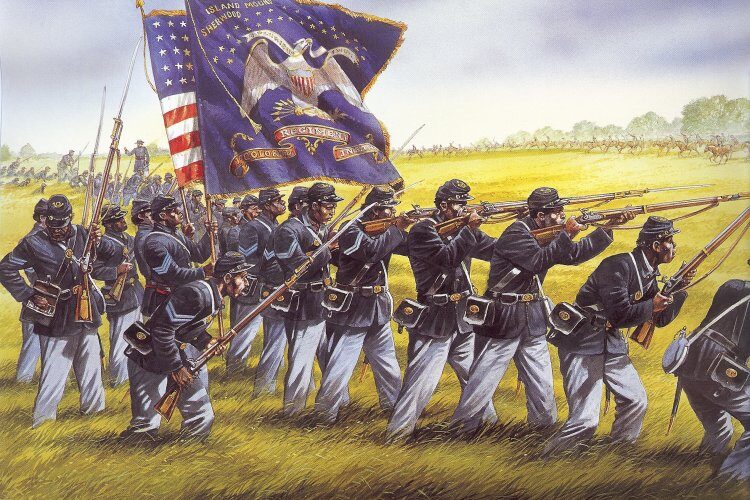 of the Black American Soldier.

African Americans have always been involved in United States military service since its inception despite official policies of racial segregation and discrimination. 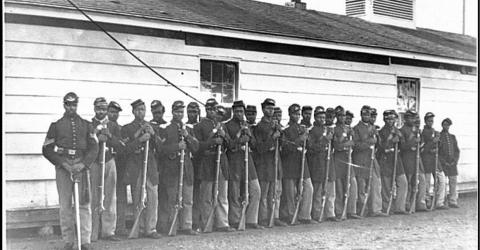 In 1948 President Harry S. Truman abolished discrimination on the basis of race, color, religion, or national origin.  By 1953, the final Black-only unit was abolished. After the declaration of war, more than 20,000 Blacks enlisted in the military, and the numbers increased when the Selective Service Act was enacted in May 1917. It was documented on July 5, 1917 that over 700,000 African Americans had registered for military service. Many African Americans served under the Services of Supply section of the American Expeditionary Forces. This section comprised of stevedore, labor, and engineers service battalions and companies. The main function of these companies was to support and provide materials to other companies along the front. How many Black American soldiers fought in ww1?

More than 350,000 African Americans served in segregated units during World War I, mostly as support troops. Several units saw action alongside French soldiers fighting against the Germans, and 171 African Americans were awarded the French Legion of Honor. A military poster promoting the work of stevedores at the St. Nazaire port of debarkation for American Expeditionary Forces during World War I in France in 1918. The African-American 369th Infantry Regiment arrived at St. Nazaire in December 1917 and performed labor duties before their onward integration and training for combat under French command in March 1918. Photo courtesy of the National World War I Museum and Memorial

Photo By: National World War I Museum and Memorial

What were Black soldiers called in ww1?

Not that it mattered much to the soldiers; they still carried their nickname from New York, the Black Rattlers, and carried their regimental flag of the 15th New York Infantry everywhere they went in France. African American soldier standing in front of a board of signs in Cheppy, France after the Battle of Verdun that took place during World War I, two military men are standing to the side, there is a crumbling building in the background, France, 1918. (Photo by JHU Sheridan Libraries/Gado/Getty Images). Negro troops in France. Part of the 15th Regiment Infantry, New York National Guard organized by Colonel Haywood, which has been under fire, ca. 1918. (Photo by © CORBIS/Corbis via Getty Images) African American band members on the U.S.S. Philippine, during the voyage to the United States from Brest, France, 1919. (Photo by: Photo12/UIG via Getty Images)

“Their value was not lost on the French, and the regiment continued to fight alongside French forces, participating in the Aisne-Marne counteroffensive in the summer of 1918 alongside the French 162nd Infantry Division.

The Hell Fighters from Harlem had come into their own, in spite of their difficult start.

The regiment would go on to prove itself in combat operations throughout the rest of the war, receiving France’s highest military honor, the Croix de Guerre, for its unit actions alongside some 171 individual decorations for heroism.

More than 400,000 New Yorkers served in the military during World War I, more than any other state.“

How were African American soldiers treated?

What problem did returning African-American soldiers face after World War 1?

Black soldiers faced systemic racial discrimination in the army and endured virulent hostility upon returning to their homes at the end of the war. How many Black soldiers died in ww1? 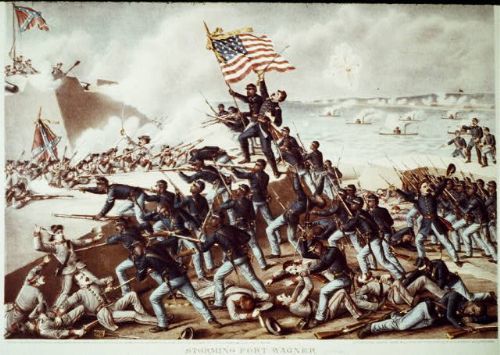 The American Civil War is arguably the most gruesome and brutal war in United States history. Brothers fought against brothers, fathers fought against sons, and through this terrible conflict, people were finally granted freedom. Though the war started with the goal of restoring the “Union,” what history remembers is that Slavery was finally put to an end.

Everyone knows of Lincoln’s famous Gettysburg Address, the Emancipation Proclamation, Abolitionists like Frederick Douglass, and even the 14th and 15th Amendments, but few recognize another important part of the civil war, the brave African American men who gave their lives in the pursuit of freedom for their people. 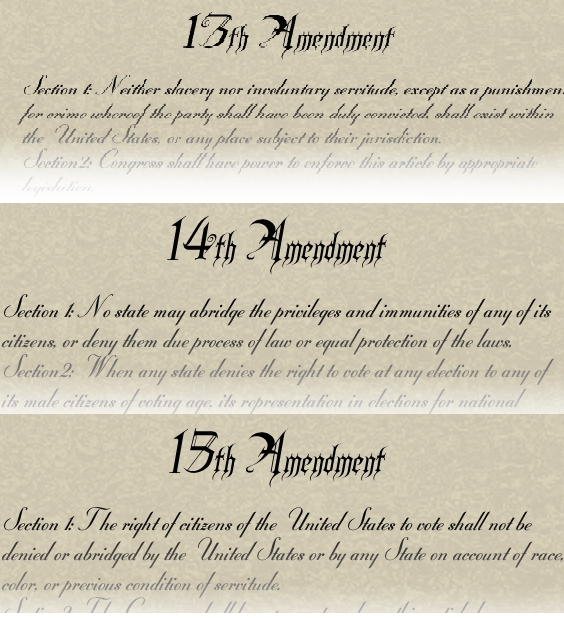 The 13th Amendment abolished slavery. The 14th Amendment gave citizenship to all people born in the US.

The 15th Amendment gave Black Americans the right to vote. 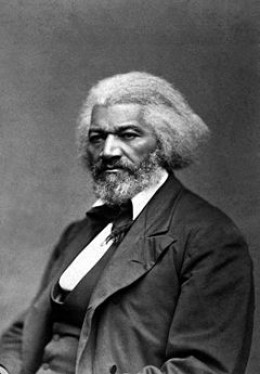 The former slave became a famed abolitionist. Called on Blacks to serve in the Union Army as it would be the best path to citizenship

Men of Color, To Arms! 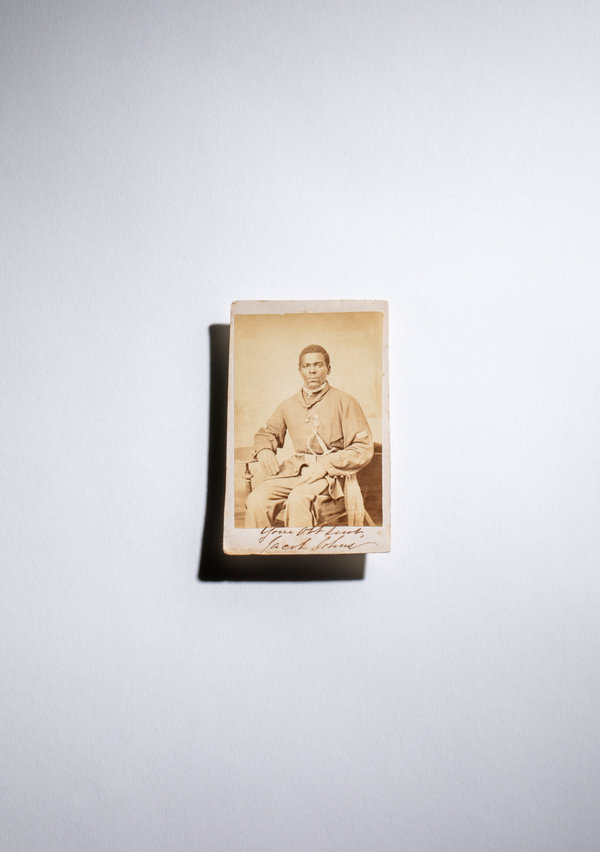 Erica Deeman for The New York Times. An object from the Smithsonian’s National Museum of African American History and Culture.

Enlisting in a Moral Fight

It is unclear whether Jacob Johns was enslaved, recently freed or a free man when he enlisted in the Union Army as a sergeant in the 19th United States Colored Troops Infantry, Company B. His unit fought in 11 battles, and 293 of its men were killed or died of disease, including Johns. When the war began in 1861, enslaved African-Americans seized their opportunity for freedom by crossing the Union Army lines in droves. The Confederate states tried to reclaim their human “property” but were denied by the Union, which cleverly declared the formerly enslaved community as contraband of war — captured enemy property. President Abraham Lincoln initially would not let black men join the military, anxious about how the public would receive integrated efforts. But as casualties increased and manpower thinned, Congress passed the Second Confiscation and Militia Act in 1862, allowing Lincoln to “employ as many persons of African descent” as he needed, and thousands enlisted in the United States Colored Troops. Jacobs was one of nearly 180,000 black soldiers who served in the U.S.C.T. during the Civil War, a group that made up nearly one-tenth of all soldiers, fighting for the cause of freedom.