Ten Reasons Why You Should See Sandra Reaves-Phillips

1. “Sandra Reaves-Phillips has got a way of handing a song its hat and kicking it down the stairs.”
Los Angeles Times

2. “Sandra Reaves-Phillips captured it all…She belongs to a special sorority of singers
whose expressiveness, vocal power, and sheer physical size recalls the classic
blues singers of the ’20s and some who followed.”
Washington Post

4“A first-class show-woman, a complete and unique artist who deserves, without contest, all the compliments attributed to her.”
Tribune De Geneve

5.“Another earthquake hit San Francisco – but this one wasn’t devastating: it was exhilarating. The tremblor was caused not by the San Andreas fault, but by a lady named Sandra Reaves-Phillips.
If the reception she received following her opening S.F. is any indication, her fame is due to spread fast and furiously.“
Drama-logue/San Francisco

6.“Acclaimed blues and jazz singer Sandra Reaves-Phillips took the audience from the` depths of
loneliness to heaven and back with a performance that few will ever forget.”
The Royal Gazette -Bermuda

7.“An atomic force of a performer, Sandra Reaves-Phillips delivers heart, soul and then some. Not to be missed.”
The Hollywood Reporter

8.“Sandra Reaves-Phillips possesses both passion and exceptional talent for her art. That combination made for an exhilarating evening.”
Leader Telegraph – Eau Claire, Wisconsin

9.“As someone said on the way out, ‘ if that didn’t make you feel better, you are dead!”
The Detroit News

10.“She succinctly underlines the three elements that are needed to do the job right – talent, talent, and more
Talent… a performance to be savored and remembered.“
Los Angeles Times

HAVING BEEN COMPARED TO THE GREAT LEGENDS OF THE PAST, SHE IS THE PERSONIFICATION OF BESSIE SMITH/MAHALIA JACKSON REBORN. “THE NEW QUEEN OF BLUES AND GOSPEL”. HER NAME IS SANDRA REAVES-PHILLIPS AND HER SHOW IS “GLORY HALLELUJAH” GOSPEL!.”

SANDRA, WITH HER COMPANY OF SINGERS AND MUSICIANS, WILL PRESENT AN EVENING OF TRADITIONAL, AND RAFTER-RAISING GOSPEL.

.SANDRA REAVES-PHILLIPS’ GOSPEL AND BLUES STEM FROM THE HEARTFELT ESSENCE OF THE NEGRO SPIRITUAL TO THE FULL SOUND OF A BRASSY BAND. SHE CAN WAIL, SHE CAN MOAN, SHE CAN COAT HER VOICE WITH VELVET OR DUST IT WITH GRAVEL.

“Sandra Reaves-Phillips takes the stage as if it belongs to her and belts out the blues like a force of nature. Soul, too, some blues-tinged rock ‘n’ roll and even a bit of country. True blues aficionados may want to take note: No, not every song in Reaves-Phillips’ “Bold & Brassy Blues,” which opened Saturday at the Geary Theater, is a true blues. But Reaves-Phillips makes just about everyone bold and undeniably brassy.“

“Took the audience from the depths of loneliness to heaven and back with a performance that few will forget.”
—The Royal Gazette – Bermuda 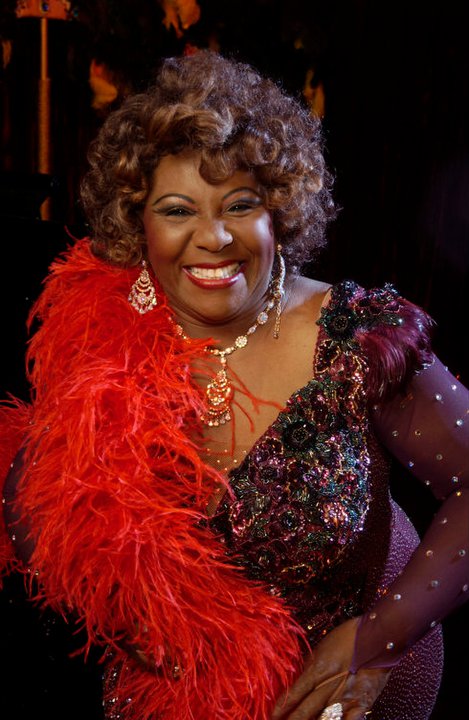 Star of the National Tour of ONE MO TIME, FURTHER MO’ and RAISIN

Sang gospel in televised concert CHRISTMAS AT THE VATICAN for Pope John Paul II before an audience of over 8,000.

Sandra Reaves-Phillips is a powerhouse of an entertainer. She shares her journey from the cotton fields of South Carolina to her performing at the Vatican.

Go Tell It on the Mountain (Live)

(Christmas at The Vatican) (Live) 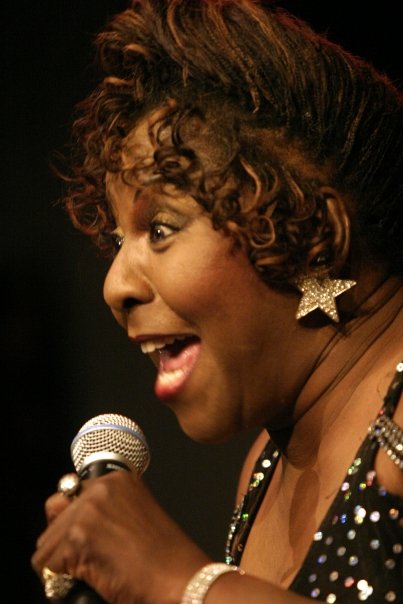