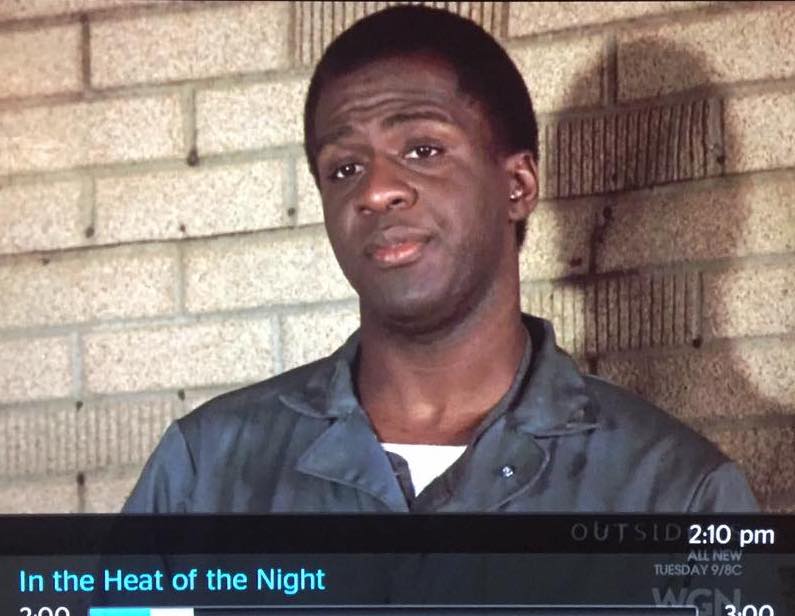 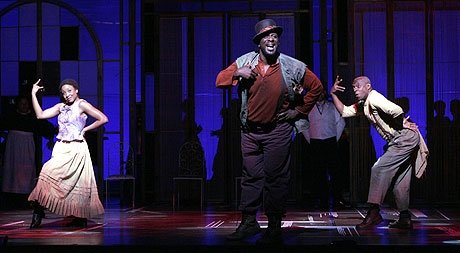 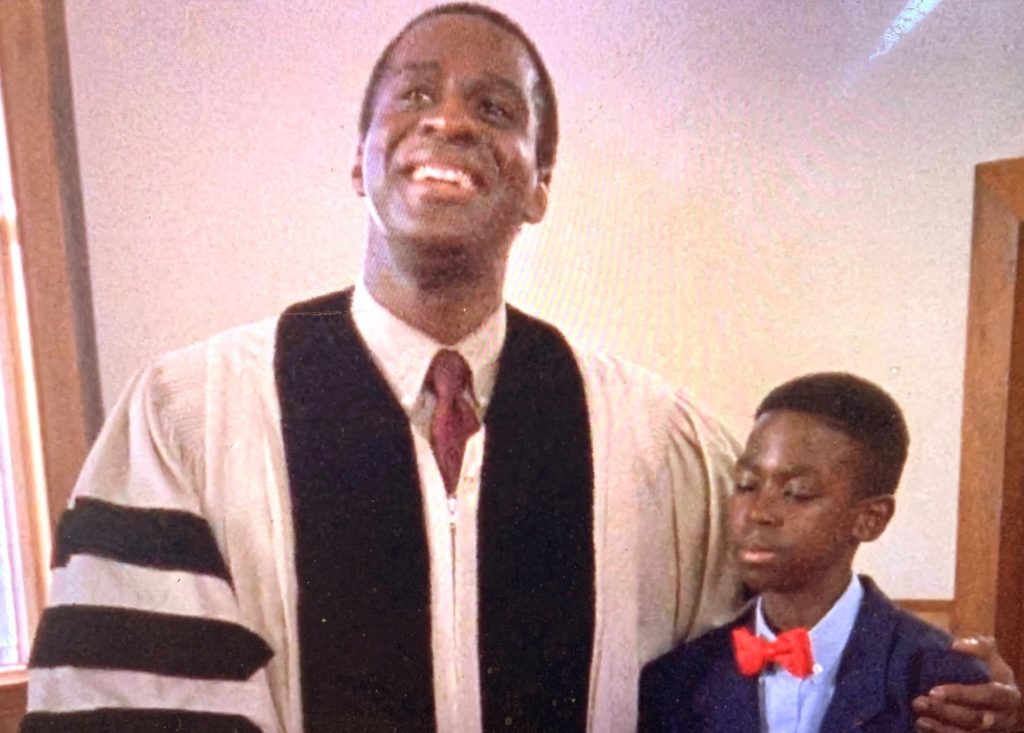 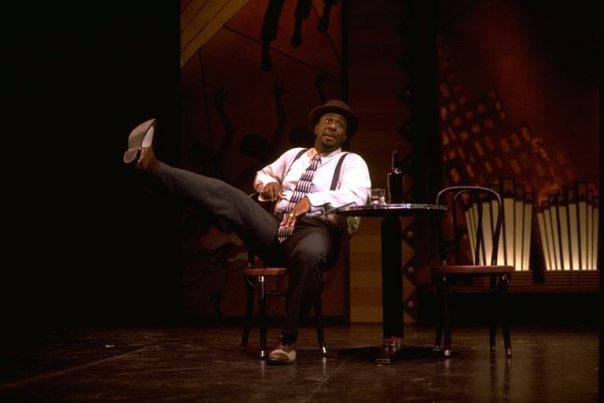 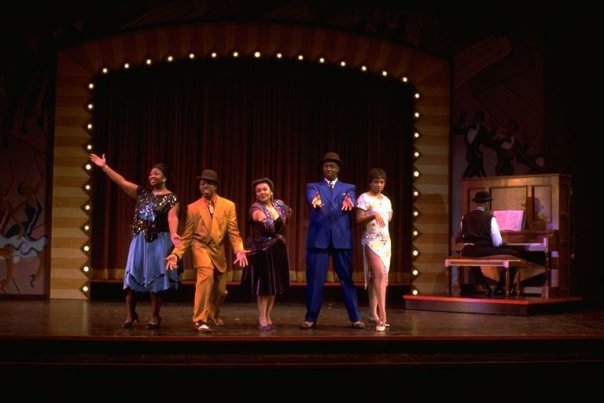 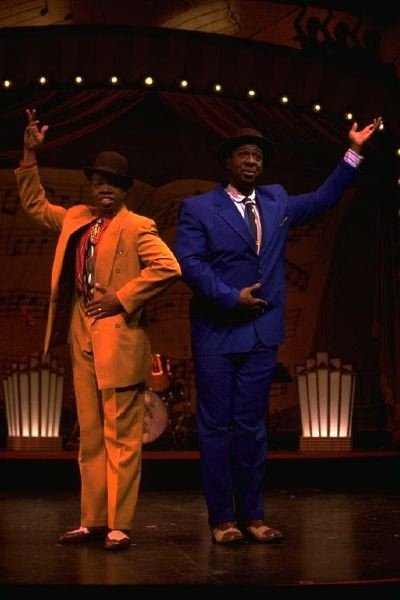 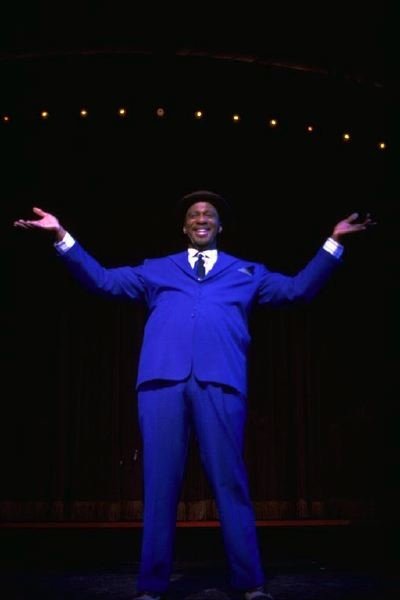 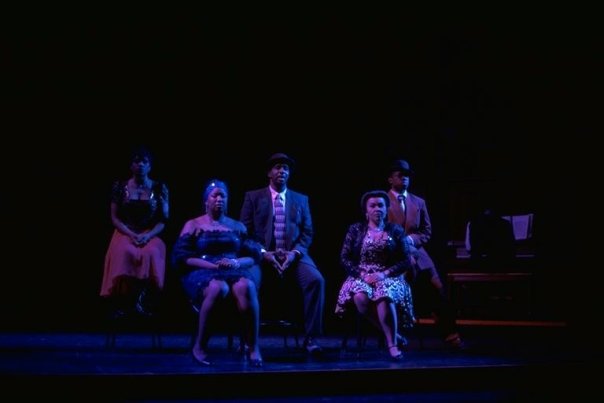 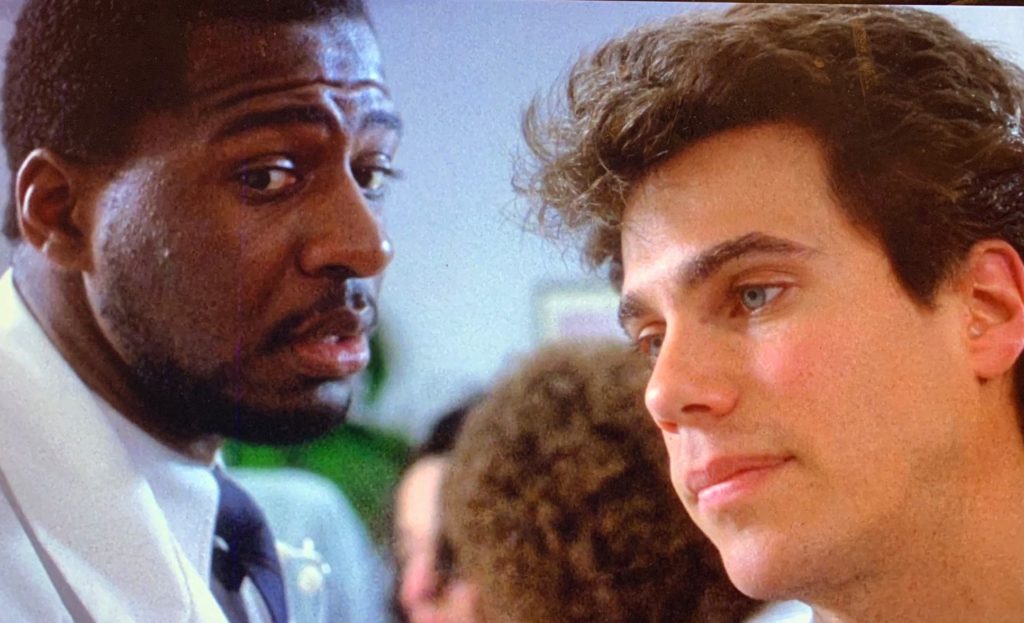 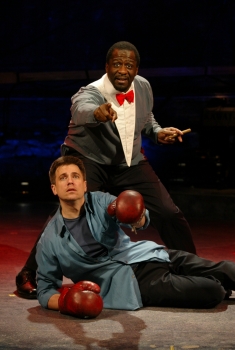 In the film, Stan appeared in Robby Benson’s Modern Love, Doug Liman’s directorial debut, Getting In,      and the gay cult hit, Almost Normal.

It’s Your Life from Open Heart — with Karla DeVito and Robby Benson. 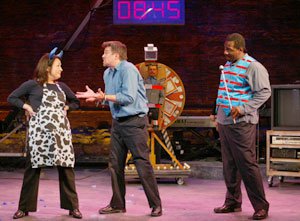 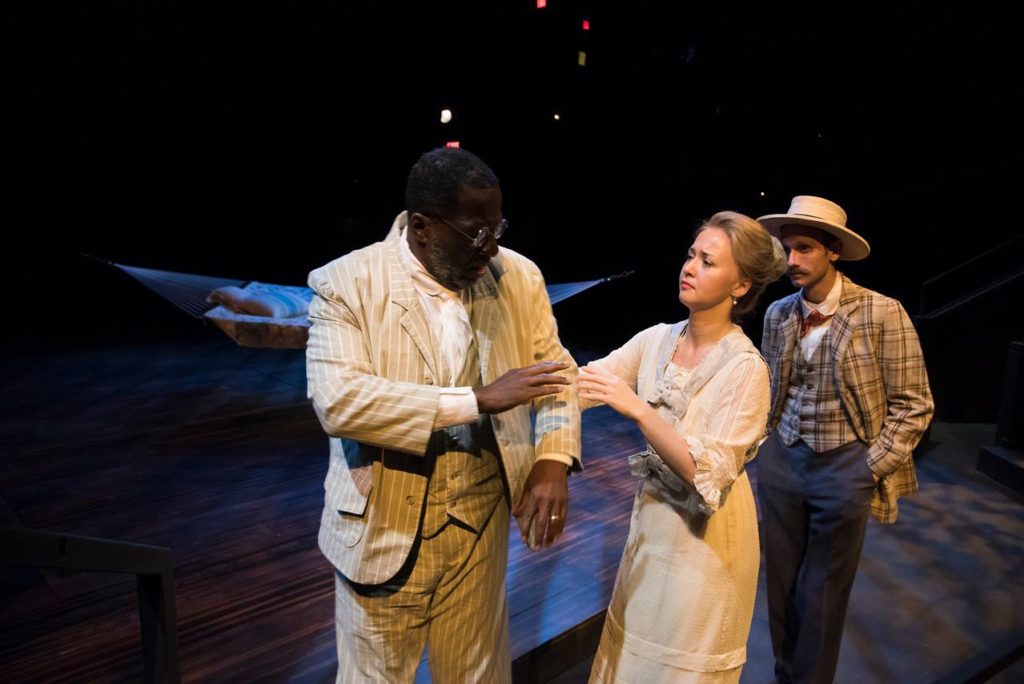 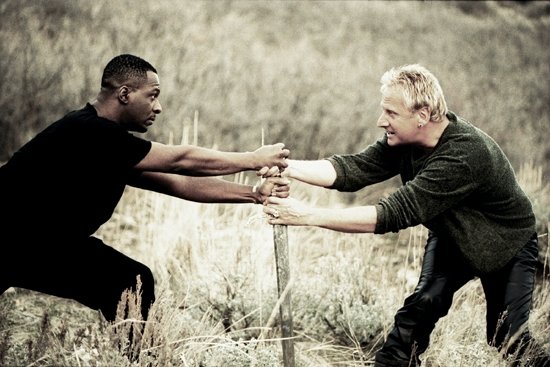 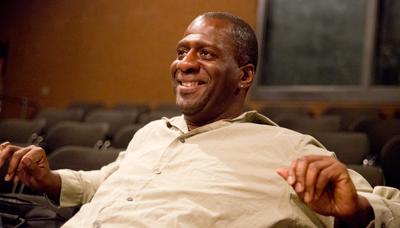 Stan Brown listens. Too hard. To everything.
At the drive-thru, on the phone, and especially when flipping through TV channels. He even picks out lying politicians on C-SPAN.
“I love being able to pick apart lies,” he said. “You can tell who’s lying.”

Brown can hear when a politician is reading a cue card. He couldn’t stand hearing Deb Fischer on the news on a particular day.
“With that particular one, my stomach gets in a knot before the commercial ever ends, so I have to turn the sound off,” Brown said. “I’m that sensitive to sound. I cannot take certain things.”
The common consumption of media can be excruciating for him at times, and he hears the slightest details in everyday voices.

“I do not walk into a room going ‘I am a voice person.’ I’ll sit there quietly, but sometimes it’s like …” Brown said, cringing in his chair, adding he always knows how to solve the problem. Brown said he wishes he could have just five minutes to make that slight adjustment to a person’s voice that makes all the difference in the world – to Brown.
Stan Brown is a voice acting professor at the University of Nebraska-Lincoln. It’s a very specific position, so he acknowledged what he does isn’t always thought to be necessary.

“I admit that doing what I do requires, has required and continues to require that I kind of take a step back and look at a natural process for the sake of being able to give feedback to someone so they can adjust,” he said. “I’m not saying I’m a doctor or anything, but doctors are like that as well — they are bodies. They have illnesses as we do, but we don’t know what they know, because they haven’t taken that five minutes to look at the instrument.”
Rather than completely rework one’s voice from the ground up, Brown takes a detailed look at what an actor already has, and he does this with such anatomical detail, his analysis sounds more like a diagnosis. He first examines a client’s breathing, “and then I go from there to the sound production, how their sound is placed.” He takes into consideration anything ranging from dialect, hometown, physiological damage, even childhood medical history.

To Brown, the key is to find flexibility within one’s dialect.
“It isn’t about ‘That’s a bad sound,’ it’s more about, ‘Do you know that you have all this other room you can use in this?’” he said, “So you aren’t robbing somebody of their sounds.”
The individual is always present in the voice, even acting.
“You’re still driving the car,” Brown said. “Uniqueness is what they bring to the role and if you suppress that, then why is the person there? Why not hire a robot to do it? Put that uniqueness on display, not hide it. It’s like teaching choreography – you learn the dance steps, but if you don’t bring your own spirit and enjoyment to dancing, it’s probably not going to be an interesting dance at all.”
When teaching, Brown finds it’s less about lecturing and more about giving students choices. To Brown, critical thinking is critical.

Jordan Deffenbaugh, associate and technical director at The Haymarket Theatre, worked with Brown during a recent radio play “Animal Farm” and to courses, Brown taught as a professor at UNL.
“He doesn’t give you the answer right away; you need to look for it,” said Deffenbaugh. “I’ve almost learned more from him after I’ve taken his class because all those concepts he introduced to me, as I start to take them in, approach them, and think about them. I discover new things along the way. He definitely has a very different approach from any teacher I’ve had.”
Brown’s approach is somewhat unconventional, compared to the classical training he had. He said he avoids going to voice conferences because he doesn’t agree with the training techniques. He added that his approach is very popular.

“A lot of that is about indoctrination; a lot of that is racist, and it is so systematic until the people who do it don’t think that it’s racist,” he said. “One of my British voice teachers told me – she said this in private because she knew she could not say this in public – she told me the English language did not belong to me and my culture. At that moment I knew, ‘This is a very powerful woman. She could end my career if I rail at her and call her a racist right now.’ So I took it. Now, I really do not believe in that. The English language does not belong to one ethnicity of people any longer, and language is a living thing.”
But Brown internalized much of the bigotry he encountered in his studies. He said it took a toll on him emotionally, which lead to him taking a year off after graduate school.

“I had really been indoctrinated because that’s what training was. You had to sound a certain way.” Brown said. “I knew I didn’t have to be Brillo-Padded … you know, free of all evidence of creed and color to be a good actor. But that’s kind of what I had to do.”
He recalls being eligible for a role in HBO’s series, “The Corner.” Although he fit the part, there was one thing that stuck out: his race.

“I did not get the role, and they gave it to a more, let’s say, ‘commercially attractive’ person. And then my phone rang – I had forgotten that I had even auditioned for the thing … It was the people from ‘The Corner’ calling, wanting to know whether I would be able to dub the voice of the person. I was livid.”

Brown eventually did comply, after some good convincing from his good friend, Robbie Benson, the voice of the Beast in Disney’s “Beauty and the Beast.” Brown took care of the lines in two-and-a-half takes. He watches the show now, and sees “the pretty guy in my voice,” but he shrugs it off.

“That’s what happens,” he said. “The momentum of systematic racism is such that you can look at it and know that it’s wrong, but the effort and the energy and the focus and the presence it would take to make a significant change is something that people perceive as too much heavy lifting.

“When teachers give feedback to their students about their dialects, very often you wouldn’t think about it, but the feedback you’re giving them is almost like saying, ‘Well, can you adjust your skin color,’” Brown said. “There is a line that I think people cross when you are actually asking someone that ridiculous. You do not know you are doing it because the voice is a very malleable and intangible kind of thing, but at a certain point, yes. You are asking some people to do that.”

Brown likens it to asking someone to change the language in which they dream.
“When you go that deep into someone, it isn’t about them anymore,” he said. “It’s about you (and) your comfort. You want them to make listening to an experience that is totally about you.”

To Brown, acting is never a complete transformation of a person. To him, the actor is always there and it is through the actor’s creativity that they can become more flexible with their body and voice.
He tells his students to think that a character is another “mode” of themselves. It is impossible to abandon one’s own voice, but it is more than possible to adjust it, and that is where the true skill is.
“Talent is nothing but the ability to adjust,” Brown said.
In his peers’ eyes, there is no doubt that Brown is talented.

“I think that if most people, if they had half of Stan’s talent would probably self-destruct in Hollywood, because their ego would explode,” Benson said. “He’s that gifted. Stan is a very humble man, and his humanity is something to be admired.”
To Benson, humility is at the core of Brown’s character.

“I wouldn’t characterize him as a ‘zen-like character’ because that almost makes it sound comic. He’s truly gifted in the sense that he sees the world from many perspectives, he has a way of nurturing those around him in times of trouble … And as far as vocals are concerned, there is no one from a male point of view, that I have ever been in the same room with, the same stage, anywhere, that even compares to Stan’s talent.” 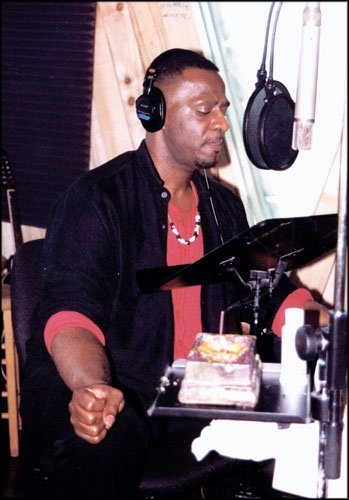 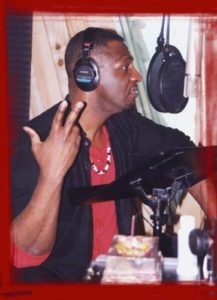 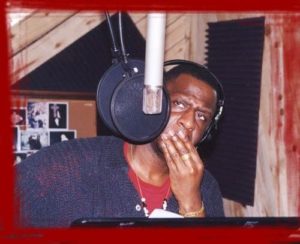