In Lorraine’s own words… 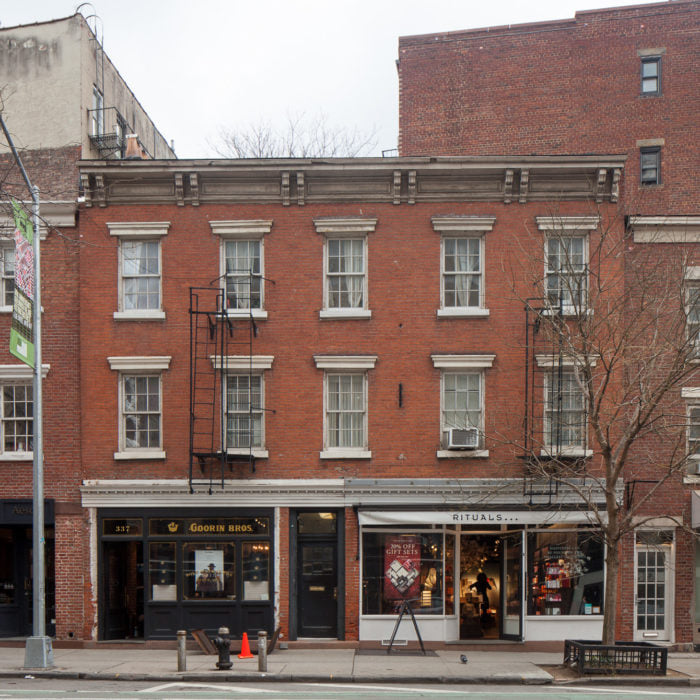 “The New York house of playwright and indelible activist Lorraine Hansberry is now officially listed on the National Register of Historic Places. Although she kept her sexuality private throughout her life, Hansberry has regularly covered LGBTQ + topics in her writing and has had romantic relationships with women.
The designation of his home as a historic site follows the advocacy efforts of New York’s LGBT Historic Sites Project.

′′ Paying tribute to the very place where Lorraine Hansberry lived and worked through these state and national register lists marks another milestone in our mission to highlight LGBT people’s contributions to American history “, said in a press release Amanda Davis, Project Leader, NYC LGBT Historic Sites Project.
The Chicago-born writer is best known for her play ′′ A Raisin In the Sun ′′ which was created on Broadway in 1959. The title of the play comes from a line in Langston Hughe s’ Harlem poem.
Hansberry linked with other writers and artists who were part of the LGBTQ community +, including James Baldwin and Nina Simone. She worked on the room in her apartment at 337 Bleecker Street in Manhattan’s Greenwich Village – a place where many historical events took place, including the Stonewall uprising in 1969.

She lived in the apartment from 1953, according to the NYC LGBT Historic Sites Project.
′′ Hansberry’s active involvement in the civil rights movement and his influential writings on gender expectations and being lesbian in 1950’s America make it a stimulating figure for our time “, Davis added. ′′ The proximity of Lorraine Hansberry residence to Stonewall National Monument also provides an invaluable opportunity for guided tours and school groups to expand their understanding of LGBT history beyond the Stonewall uprising of 1969 “.

In recent years, researchers have learned more about Hansberry’s life. She collaborated with The Ladder, the nation’s first lesbian magazine distributed nationwide, and many of these were quoted by journalists and academics, along with her newspaper articles.

In one of his ′′ Ladder ′′ articles, Hansberry says: ′′ What should be clear is that one is oppressed or discriminated against because one is different, not ‘ bad ‘ or ‘ bad ‘ in some way from another one.
People can see archival photos, video documentaries, and learn more about Hansberry on the NYC LGBT Historic Sites Project website. https://www.nyclgbtsites.org/…/lorraine-hansberry…/
′′ For many students across the country, A Raisin in the Sun by Lorraine Hansberry is the first introduction to drama and drama writing. The playwright’s too-brief life is not included in many programs “, said the NYS Parks, Recreation and Historic Preservation Commissioner. Erik Kulleseid.”