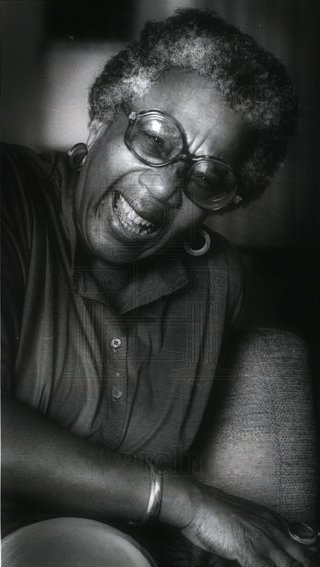 Vinnette Justine Carroll (March 11, 1922 – November 5, 2002) was an American playwright and actress, and the first African-American woman to direct on Broadway, with the 1972 musical Don’t Bother Me, I Can’t Cope.

Born Vinnette Justine Carroll in New York City, to Edgar Edgerton, a dentist, and Florence (Morris) Carroll. She and her family moved to Jamaica when she was three and she spent much of her childhood there as well as in the West Indies. She has two sisters in New York. Carroll was fortunate in having a great strong mother, now deceased, who raised her family on Toscanini and wise admonishment. Carroll’s father encouraged his daughters to become physicians, and as a compromise, she chose psychology. She left the field of psychology to study theater, and in 1948, she accepted a scholarship to attend Erwin Piscator’s Dramatic Workshop at the New School for Social Research and studied with Lee Strasberg, Stella Adler, Margaret Barker, and Susan Steele. Ms. Carroll remains the only African-American woman to have received a Tony nomination for Direction. She founded the Urban Arts Corps, a non-profit, interracial community theater where, as artistic director, she was able to provide a professional workshop for aspiring young actors in ghetto areas. She founded the Urban Arts Corps, a member of the Black Theater Alliance and the Off-Off-Broadway Alliance, with support from the New York State Council on the Arts, the National Endowment of the Arts, the Edward Noble Foundation, and CBS. Productions through the Urban Arts Corps include Don’t Bother Me, I Can’t Cope, The Flies, Slow Dance on a Killing Ground, and many others. The Urban Arts Corps Theater provided a space to foster participation by minority groups and “to nurture emerging playwrights and showcase their works.” Later on, Carroll would join the New York State Council on the Arts upon the request of the executive director, John B. Hightower, in 1968. She had been appointed the director of the Ghetto Arts Program for the State of New York.

Success as an actress

Carroll’s first stage appearance took place in New York at the New School for Social Research in 1948. She performed in many of the school’s productions, including roles as Clytemnestra in Agamemnon, the Nurse in Romeo and Juliet, and the Duchess in Alice and Wonderland. Carroll made her first professional stage debut as a Christian in a summer stock production of Androcles and the Lion at the Southold Playhouse on Long Island. She played Addies in The Little Foxes and at the same place the following year (1949), Bella in Deep Are the Roots. In 1955, Carroll joined the faculty of the Performing Arts High School in New York City. For eleven years, she taught theater arts and directed productions as a faculty member of the high school. Later, due to the shortage of roles, Carroll created a one-woman show and toured the United States and the West Indies. This show was on the road until 1957. At the end of 1958, she made her London debut at the Royal Court Theatre on December 4, 1958, as Sophia Adams in Moon on a Rainbow Shawl. She won an Obie Award for her role in Errol John’s Moon on a Rainbow Shawl. In February 1963, she returned to London once again as the Narrator in Black Nativity at the Piccadilly Theatre. Carroll appeared in Up the Down Staircase (1967), Alice’s Restaurant(1969), and other films. She also worked on television, and in 1964 she received an Emmy Award for Beyond the Blues, which dramatized the works of Black poets. Eventually, Carroll went to London with her company and performed in The Prodigal Son.

During her era, Carroll was one of the few women directing in commercial theatre. She helped to develop a new form of theater, “the gospel song-play,” in order to capture the richness and variety of life through music, theater, and dance. The turning point for her was in 1957 when she formed her first all-black cast to present Dark of the Moon at the Harlem YMCA. The second production of Dark of the Moon also launched the careers of several young African-American actors – James Earl Jones, Shauneille Perry, and Harold Scott. In 1972 she became the first African-American woman to direct on Broadway with her staging of Don’t Bother Me, I Can’t Cope. This hit gospel revue was conceived by Carroll, with music and lyrics by Micki Grant. It was nominated for four Tony Awards. Her success was repeated in 1976, collaborating with Micki Grant and Alex Bradford, with Your Arms Too Short to Box with God, which garnered three Tony nominations. This show was an adaptation of the Gospel According to Matthew. She appeared in The Last Home Run, which was filmed in 1996 and released in 1998. As the first successful African-American women playwright, Carroll’s work served as a stepping stone for future aspiring directors and attracted greater audiences. However, she did not dwell on her role as a woman director because she felt it would be self-defeating. Through her effort and talent, she provided communities with illustrations of unity through her theater productions. Too often, her contributions as a successful artist and playwright are overlooked and unacknowledged. However, she is known for the reinvention of song-play, which has been revitalized in many of her theater works. The expression of identity through gospel music in the African-American theater experience is very clearly delineated in the development of the song-play, as shaped and realized by Carroll. She set the tone for professionalism in theatrical arts, especially for Black professionals partaking in the theater industry. Carroll’s theater was about the reaffirmation of life and people. Common perceptions and stereotypes of African Americans led Carroll “into creating and directing new works that positively and artistically presented people of color in theater and art.” Her main interest was giving voice to African Americans or minority communities that have been culturally and artistically silent.

In the 1980s, Carroll moved to Fort Lauderdale, Florida. There she founded the Vinnette Carroll Repertory Company where she remained an artistic director and producer until her failing health forced her retirement in 2001. She died of heart disease and diabetes in Lauderhill, Florida, on November 5, 2002, at the age of 80.

She died of heart disease and diabetes in Lauderhill, Florida, on November 5, 2002, at the age of 80. 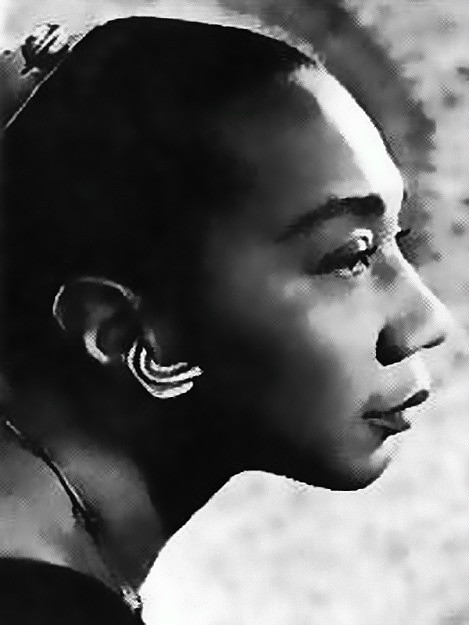