Opera star Xiao Ping Hu at the Majestic Theater at the Brooklyn Academy of Music (NY); “Ore – A Yoruba Ritual,” which premiered at Festival Internazionalie di Teatro in Amondola, Italy. Wilson has also directed for Public Schools in Edmonton, Alberta, Canada; the Roots Festival in Gambia, West Africa; Childs Play International at the Nottingham Playhouse in Nottingham, England; and the One Theatre World Symposium in Seattle, WA. In addition, Wilson has acted as Advisor/Director for the New Actor’s Workshop Graduate Program in conjunction with Antioch College – this program is administered by its’ legendary founder, actor/director Mike Nickols. Wilson was also a member of The Freedom Tour that introduced Bishop Tutu to the United Nations for his first welcome in the US. 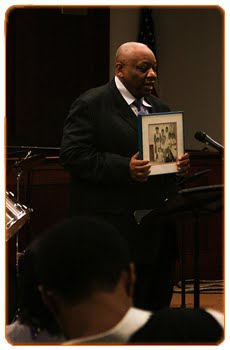 Wilson’s biography appears in such publications as Who’s Who in the East; Men of Achievement; the International Directory of Distinguished Leadership; Personalities of America; Who’s Who in America, and Who’s Who in the World.  He is a member of the American Academy of Poets; an Associate Member of the Dramatist’s Guild of America; and serves as a residency artist and staff development master teacher for the Newark Performing Arts Center; Arts Horizons; the New Jersey Writer’s Project; Young Audiences of New Jersey; the Artist Collective for Social Change; and Playwrights Theater of New Jersey where he was recently honored for his contributions to Arts Education.