Moore did not return to Los Angeles until the late 1940s when she began to study acting at the Actors’ Laboratory of Hollywood. By learning at this non-profit acting school, Moore was enabled to begin working as a film extra. She played primarily uncredited roles which fit into White Americans’ view of Black women; she would be cast as a maid in one film, and then be cast as a tribal savage in the next. Moore did not make what is now considered her film debut until 1949, when she played a nurse in the film, Pinky. 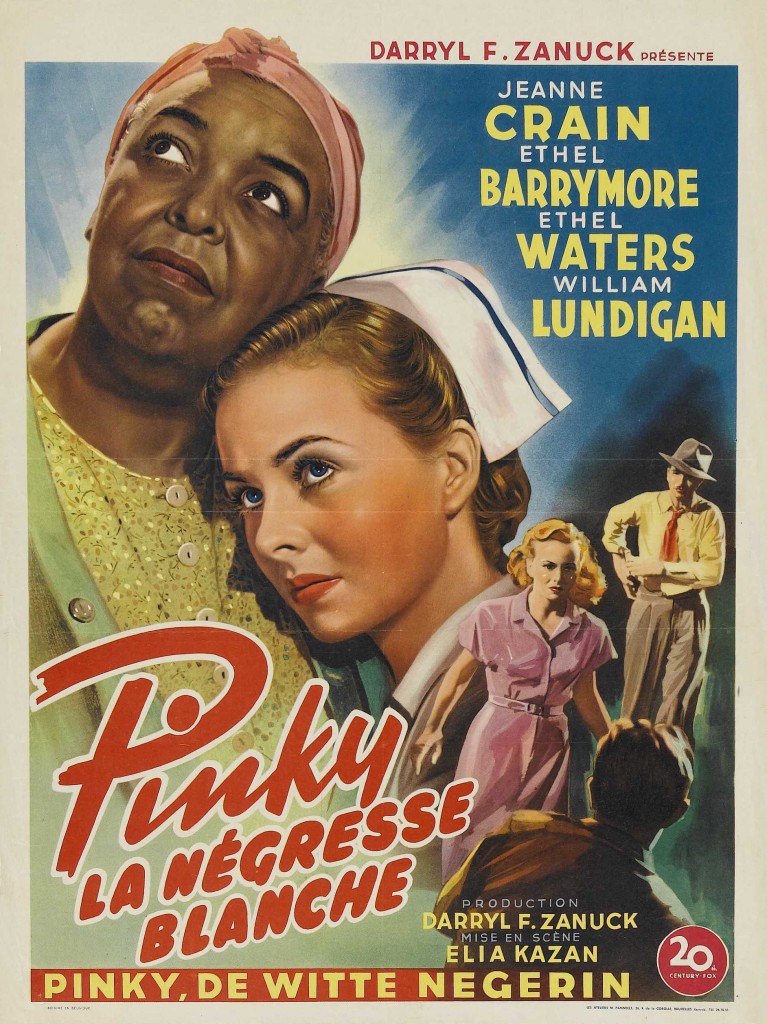 Pinky was a pre-Civil Rights era film that called attention to issues of racism in America, as well as the Tragic Mulatto. It was the story of a light-skinned Black woman who passed as White in order to get through school and eventually fell in love with a White doctor. The themes exposing racism that were expressed in this film were truly groundbreaking for their time. Moore was unfortunately not credited for her work in the film at the time.  After Pinky, Juanita moved on to work in Los Angeles’s Ebony Showcase Theatre.