SAMUEL LÉGITIMUS, “BEING A BLACK ARTIST IN PARIS”

Samuel Légitimus defines himself as a cultural actor in a society where he cannot exercise his profession as an actor without being offered exclusively “black roles” … because he is Black! However, he came from the first class of Jérome Savary’s School in Chaillot (1989-2001).
Samuel then looks at the work of an African-American writer fighting for the civil rights of his people in American society: James Baldwin. He identifies with him to the point of claiming to be “Baldwinian”. In 1993, he created the James Baldwin Collective.

Samuel Légitimus claims not to limit himself to his Caribbean identity. Born in Bondy and having grown up in Paris and very quickly had to “deal with” his skin color.

Like Baldwin, he is a Black designer living in a White society with the added weight of the legacy of slavery. 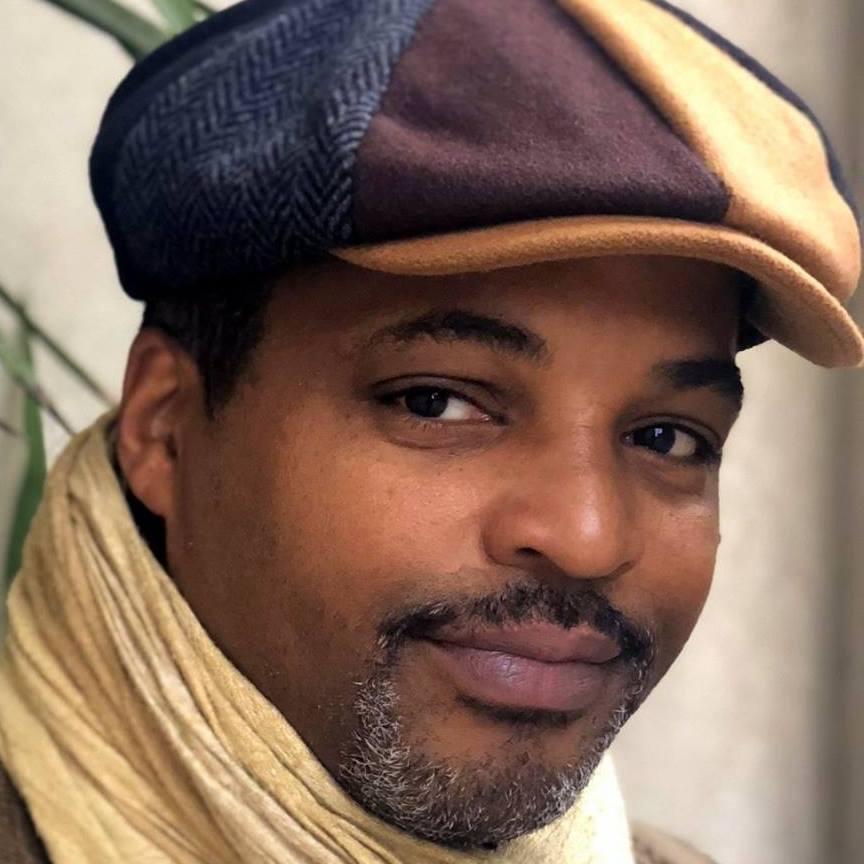 Samuel Légitimus was born into the first family of Black artists in Paris.

His father, Hégésippe Légitimus, or simply “Gésip” as he was often called, was the first Black television producer in France.  His mother, Noéma Thomassine, better known in the West Indies by the name of “Noéma”, was a journalist. 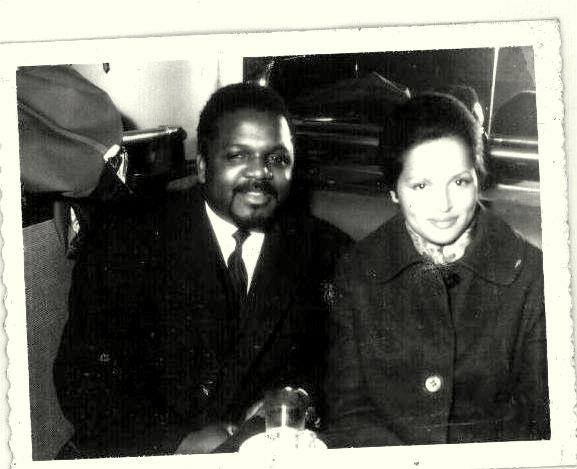 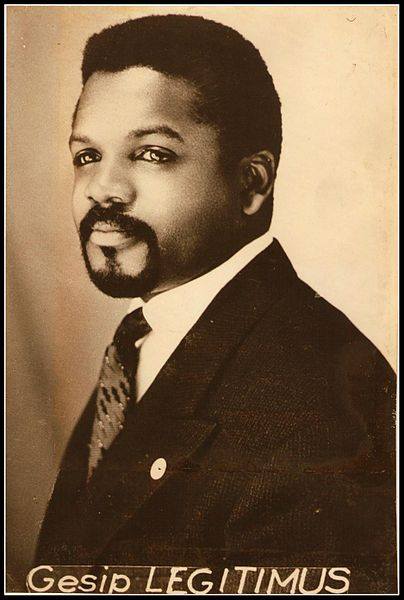 “GESIP LEGITIMUS, my father started his career at a very young age. He was only three months old when he appeared as the Black baby in Sacha Guitry’s first talking film: Le Blanc et le Noir (The White and the Black), with Raimu and Fernandel, for whom it was also the first film. As an actor, Gésip went on to play in more than 50 films. In 1960 he obtained the leading role in “Gala”, a short film directed by Jean-Daniel Pollet and François Bel.
He became co-producer of the first film directed by the Hungarian Lazlo Szabo, “Les Gants Blancs du Diable” (The Devil’s White Gloves) starring Bernadette Lafont and Jean-Pierre Kalfon. In theatre, where he started playing at the age of 8 alongside Jean-Louis Barrault, Henri Rollan, Henry Crémieux, and Lucien Coedel, he learned how to direct by becoming Raymond Rouleau’s assistant at the Edouard VII theatre in 1948 for Tennessee Williams’s play “A Streetcar Named Desire”, starring Arletty, Louis De Funès, Milly Mathis, Darling Légitimus, etc…. and in 1952 at the Sarah Bernhardt Theatre in “The Crucible” with Yves Montand, Simone Signoret, Nicole Courcel, Pierre Mondy, and his mother Darling Légitimus. In 1960 he collaborated with Roger Blin at the Théâtre de Lutèce, creating “Les Nègres”, a play by Jean Genet with the troupe “Les Griots”. Wanting to artistically support his compatriots in Metropolitan France, he founded the Federation of French-speaking Black Artists which helped theatre companies such as “Les Griots” and “Le Théâtre Noir”, run by his brother Théo. In 1966 he was congratulated by President Senghor and Aimé Césaire for leading the French artist’s delegation at the World Festival of Negro Arts in Dakar, with Josephine Baker, Marpessa Dawn, and Moune de Rivel. In 1979 he was named director of the Theatre de la Renaissance and founded the CICAF (International Centre for French-speaking Audiovisual Creation). Gésip Légitimus was very concerned about the evolution of the black Diaspora and in 1981 the “Légitimus Report” enabled him to obtain, in the form of the Fillioud law of 1982, the creation of the National Society of Overseas Radio and Television Programs (RFO). In 1982, in Paris, he created the first West-Indian broadcasting station outside the territory to which it transmits (Tropique FM) all the while producing the “Overseas Calendar”, a weekly information page concerning the latest artistic and cultural overseas news, broadcast on RFO. He died in Paris on the 18th of January (2000) at the age of 69.” 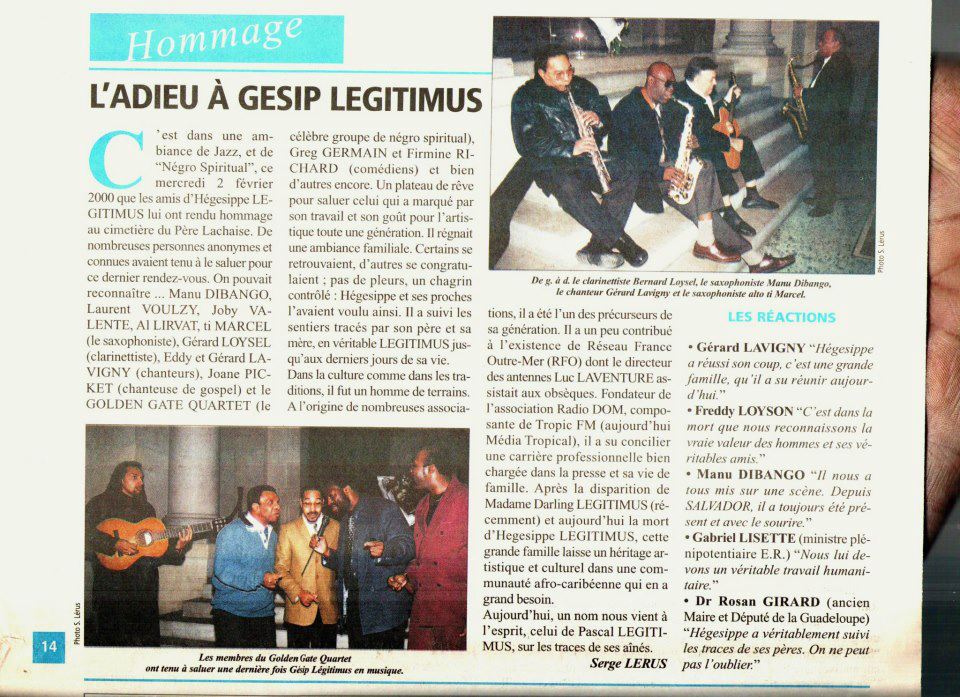 Manu Dibango joined his old partner, my father Gésip Légitimus, missing 20 years ago (January 18, 2000).
With these two reunited, sure something huge is coming up for our diaspora!
(A thought also for Darling Légitimus, Jenny Alpha, Henri Salvador, Robert Liensol, Med Hondo, Georges Hilarion, Bachir Touré, Georges Aminel, Al Lirvat, Ti Marcel, Moune de Rivel, Josie Mas and many others (Baby, the list is long!..) all those pioneers who paved the way for us and that we too tend to forget…) 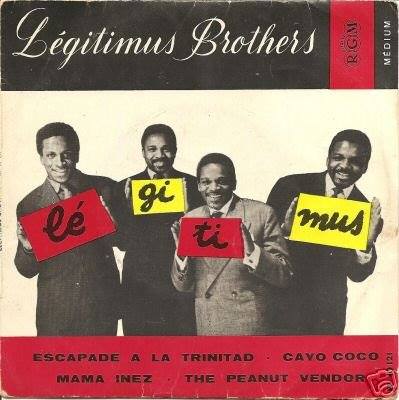 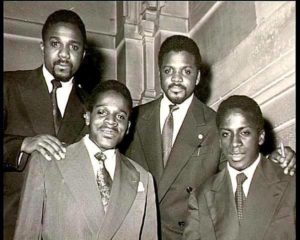 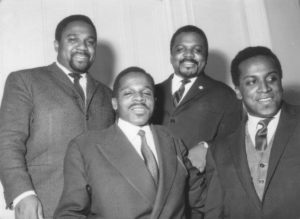 He is the grandson of the famous actress, the late Darling Légitimus (who won the Golden Lion at Venice in 1983 for her role of Man Tine in Euzhan Palcy’s “Sugar Cane Alley”) and the cousin of the famous actor and comedian Pascal Légitimus. 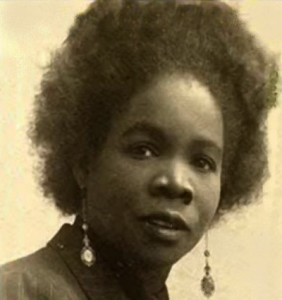 Pascal Légitimus (born 13 March 1959) is a French actor and humorist. He is a member of the famous French humor band Les Inconnus
He is the son of an Armenian theater seamstress, Madeleine Kambourian, and the of an Antillean actor, Théo Légitimus.[1] He is also the grandson of Martiniquais comedian Darling Légitimus and the nephew of television producer Gésip Légitimus.