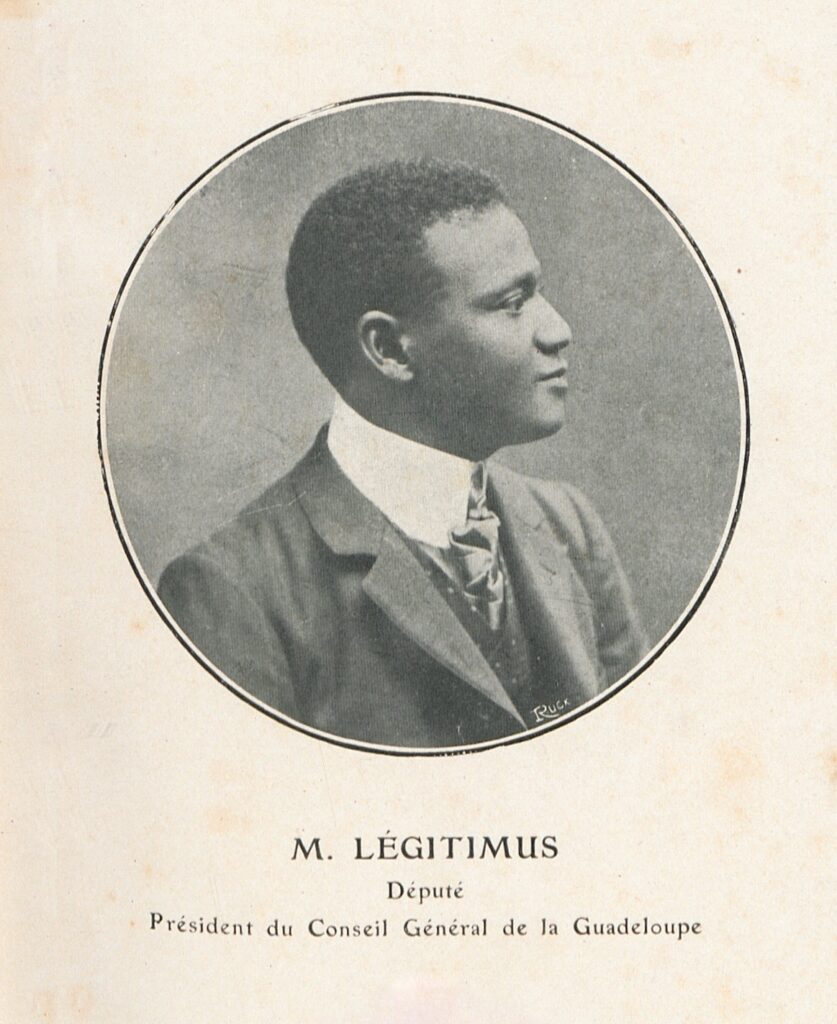 Here’s a text my great-grandfather Hegesippe-Jean Légitimus wrote in the newspaper “The People” which he founded in la Pointe-à-Pitre, in Guadeloupe – February 4, 1894.
“The free man is made for speaking, as is the bird for singing.
Woe be he if, intelligent, able to be useful to his people, to humanity thanks to his moral and intellectual faculties, he satisfies himself with vegetating miserably between fear and lazy pleasures!
We are made for the struggle
And whichever way we choose to direct our faculties,
It as an imperious law that impels us to implement them. (…)
I want mankind happy and smiling, I want a proclaimed and recognized equality between all and by all.
I want the light to be diffused in torrents, profusely; no more ignorant people and no more proletarians!
All men reunited as one huge family sharing the air, the sun, the water, and the bread, with a kiss.”*

In 1992 he began to study his roots (as the worthy great-grandson of Hégésippe Jean Légitimus, the first Black elected deputy in history) and discovered a passion for human rights, especially those of minority groups. 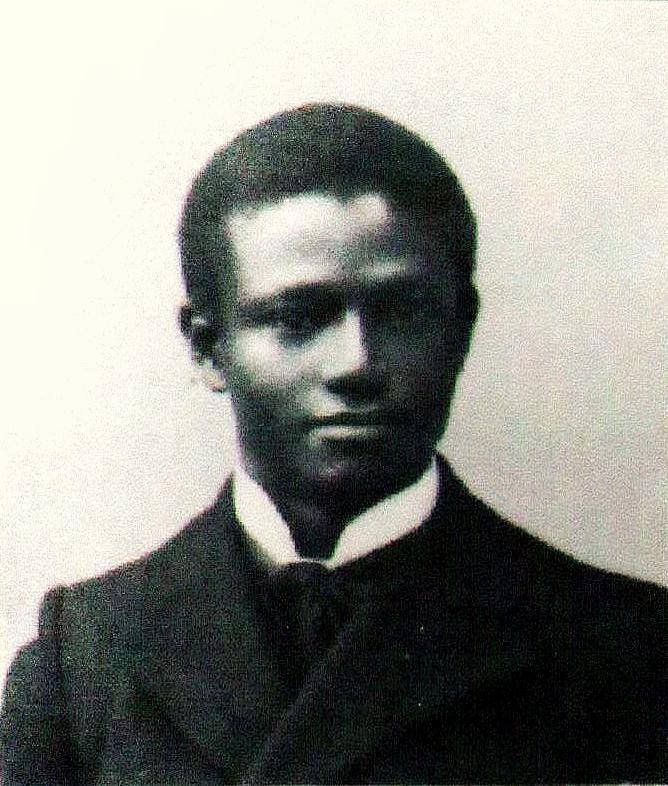 Hégésippe Jean Légitimus
“Hégésippe Jean Légitimus (born April 8, 1868, in Pointe-à-Pitre, Guadeloupe, and died November 29, 1944, in Angles-sur-l’Anglin, France) was a socialist politician from Guadeloupe who served in the French National Assembly from 1898–1902 and from 1906-1914.
Légitimus was the first Black man elected to the French parliament since Jean-Baptiste Belley in 1793. Up until 1898 the colonies and territories d’Outre-Mer had only been represented by white or mixed-race, or “béké” deputies. Légitimus was followed shortly afterward by other Black deputies, Gratien Candace, Blaise Diagne, Ngalandou Diouf, Achille René-Boisneuf , and Maurice Satineau. Légitimus was one of the founders of the Parti Ouvrier, the socialist party of Guadaloupe, which was politically aligned with that of mainland France.“ 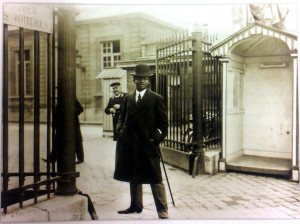 Born on April 8, 1868 in Pointe à Pitre (Guadeloupe)
Died on November 29, 1944, Angles-sur-l ‘ Anglin (Vienna)
Son of a daily marine fisherman who disappeared at sea in Pointe-à-Pitre Bay and an agricultural worker of Marie-Galante, he was one of the few black people to access secondary education at the Carnot de Pointe-à – Pitre thanks to a scholarship.
Deputy, general adviser, and mayor of Pointe-à-Pitre, chief founder of the socialist movement of Guadeloupe, he marked heavily the French political life at the beginning of the twentieth century where he was called Jaurès Noir.
He was the first black person to sit in the parliamentary assembly since 1848 alongside Jules Guesde, Jean Jaurès, and Leon Blum, of whom he was a friend and one of the youngest French deputies, aged 30 at the time of his election.
Freemason at the lodge ′′ Les Trinitarians ′′ at the Order of Paris and founder of the lodge ′′ Les egalitarians ′′ at the Order of Pointe-à-Pitre, he could start politics in a context where a lodge called Disciples d ‘ Hiram was created in 1836 and while political rights were granted to ′′ men of free color ′′ in 1831
Hegesippe Legitimus was elected deputy for Guadeloupe in 1898, youngest deputy – at 30-and first black Guadeloupean deputy under the Third Republic.
He lost his seat in 1902 and reunited him from 1906 to 1914, became president of the general council in 1899 first black to assume this function, and was elected mayor of Pointe-à-Pitre in 1904.
A socialist movement took shape in the late century. He was represented by the Guadeloupean Socialist Party of which Hegesippe Legitimus was one of the founders. Founder of the Worker s’ Party of Guadeloupe, he created the newspaper Le Peuple in 1891, where he signed prominent texts like ′′ Great whites, great mulaters, great niggas “, or ′′ Niggas forward “. This party, being the first to defend workers and blacks, quickly became popular.
He attacked the almost monopoly of mulaters in local politics, who were accused of acting at the expense of black people. But, for economic reasons, Legitimus was forced to reach an agreement with the industrialists, the capital-labour alliance, which won him many criticisms, for example in ‘To my Black brothers and by the popular press that broke out in racist cartoons when he arrived in metropolis (see attached pictures).
Yet he was considered for a quarter of a century as the spokesperson of the black world, nicknamed him ′′ the black jaurès “. By opening the doors of secondary and higher education to black people, he actively promoted the social and political empowerment of the world black. He supported Guadeloupe’s complete political and administrative assimilation.
He becomes ′′ a living legend of Guadeloupean memory ′′
Invited in 1938 to be made a knight of the Legion of Honour, he was held in France against his will because of the declaration of war, and died on November 29, 1944, in Angles-sur-l ‘ Anglin in Vienna, where he was buried on 3 December.
His official national funeral took place after the repatriation of his remains to Guadeloupe, at Pointe-à-Pitre on April 2, 1947, on a proposal from General de Gaulle, President of the Council, and under the responsibility of Jean Sainteny , delegate of government, member of constitutional council.
He is currently buried in this town cemetery, beginning of the central driveway, near the bus station entrance.

( more in his wikipedia bio )