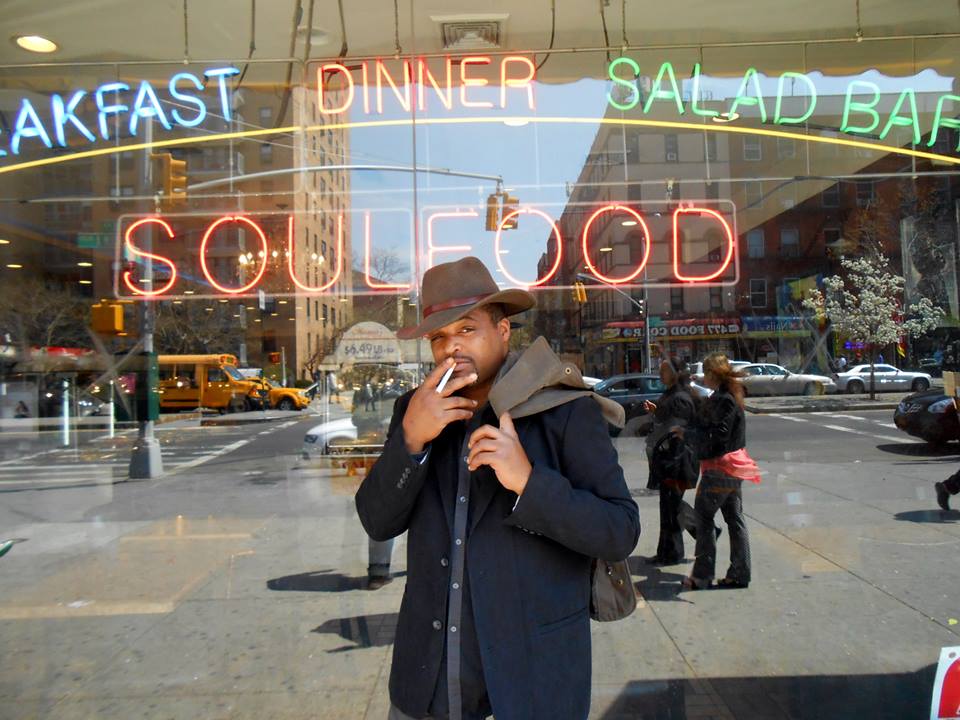 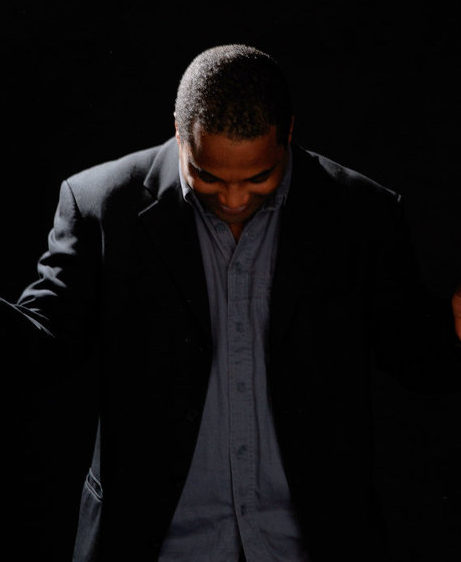 “Samuel Légitimus (born in Paris on March 28, 1965 ) is the son of television producer Hégésippe Légitimus, known as “Gésip”. His mother is the journalist Noema Thomassine (better known in the West Indies under the signature of “Noema”). He is the grandson of Darling Légitimus and cousin of Pascal Légitimus , who initiates him from his childhood to the art of theatrical improvisation.”  [fr.wikipedia] 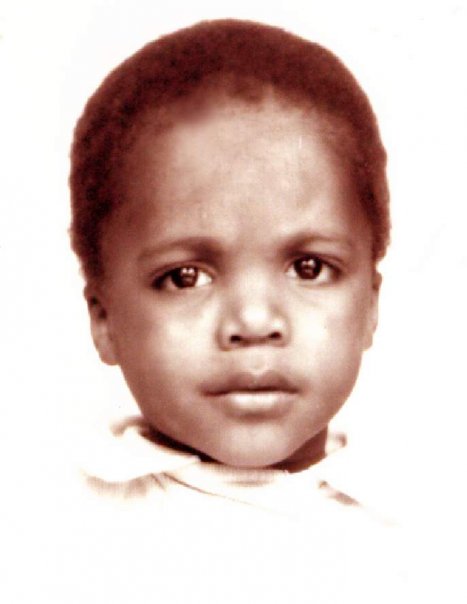 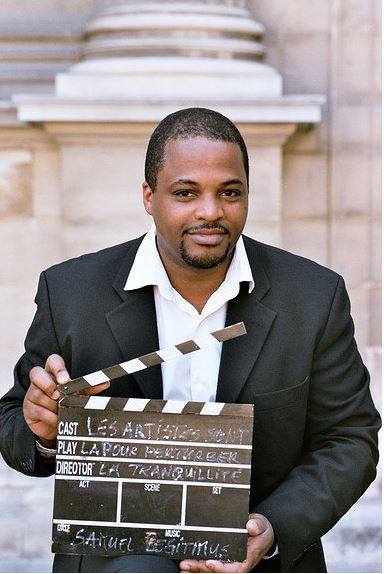 “Attracted at a very young age by the world of the spectacle, he responds to announcements, participates in castings and picks up small roles and figurations in several feature films.

He dubbed and recorded the voices of several commercials for radio and television (including the famous “Pasta, pasta, yes but …” with Michel Colombier), participates in the films The Uns and Other Claude Lelouch , The Pawn of Christian Gion (alongside Claude Piéplu and Henri Guybet ) and Clara and the Chiques Types of Jacques Monnet with Isabelle Adjani …

Major, he studies for a few years the law, then the theatrical theory at the new Sorbonne. At the same time, he co-hosts for two years the radio program Délires on Radio D’OM.

He soon met a group of amazing artists, the Macmadedowns, with whom he wrote and directed a play, Jackpot, which parodies British comedies. The play will be premiered at the Berry-Zebra Theater in Paris.

In 1989, he received the entrance examination for the first class of the Chaillot National Theater School under the “reign” of Jérôme Savary. He tackles classical theater and deepens his acting with Andrzej Seweryn, Nita Klein and Michel Lopez. He will be Andrzej Seweryn’s assistant in the staging of William Shakespeare’s play Pieces d’amour perdues. His godmother is Annie Girardot.

After 2 years spent in Chaillot, he directed and performed in 1991 Harold Pinter’s Monte-plats, with Dan Thorens, at the Cité internationale de Paris. He will then play the role of a colored Epikodov in The Garden of Cherries, adapted from The Cherry Orchard by Anton Chekhov, directed by Romuald Sciora at the Lucernaire Theater.

In 1992, he began work on his roots and (as a great-great-grandson of Hégésippe Jean Légitimus ) he became passionate about human rights and minorities. 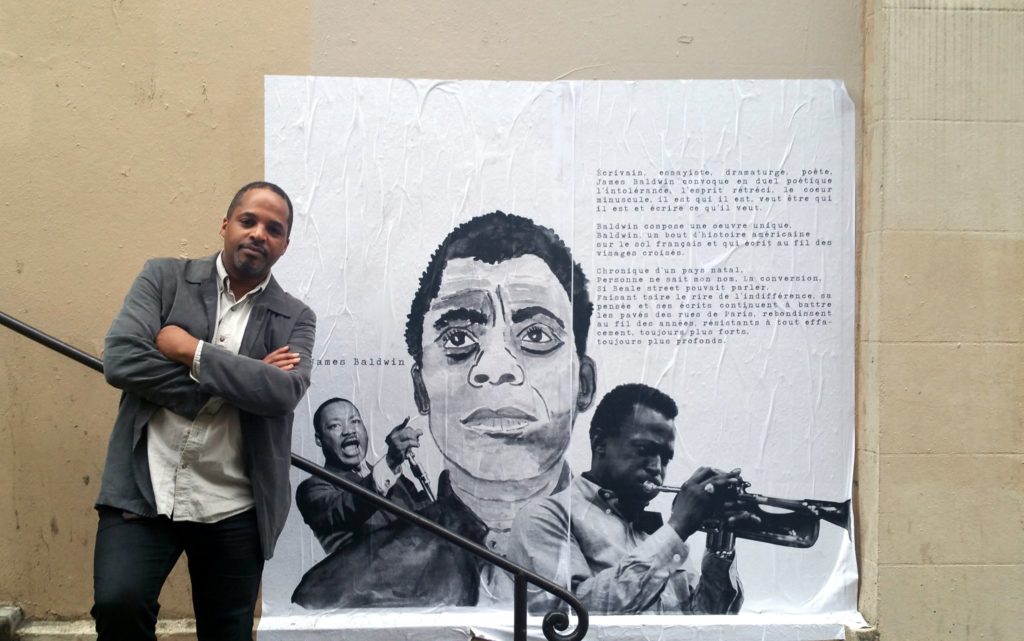 He finds in Afro-American culture, and especially in the writings of writer James Baldwin (1924-1987), an echo to his own ideas and concerns. It will be born a musical show titled Good – Never Despair inspired by blues and gospels adapted by Marguerite Yourcenar . The show will be performed at the Berry-Zebra theater in Paris and Amiens during a tribute to the Amiens Film Festival to his grandmother Darling Legitimus. The troupe includes his sister Diana Belkreir- Légitimus, singer-songwriter, his brother and the singer David Légitimus and the actress-singer Sylvie Laporte.

In 1995, he co-wrote, staged, and performed Harry Bottleneck’s The Fabulous Life, a children’s musical show presenting the history of jazz, a commission of the Vésinet theater.

In 1996, he stayed in Bastia and played in Thomas Brasch’s Femmes, Guerre et Comédie, directed by François Bergoin. He then goes on – and performs – for the “Premier Geste” festival at the Espace Kiron, after having translated it from English, The Midnight Hour or A Night in the Life of James Baldwin, play to a character of the Scottish author James Campbell.

In January 1997, invited by the Afro-American community of Paris, he participated as a reciter to the tribute to Martin Luther King at the 4th International Gospel Festival in Paris at the Auditorium des Halles.

The director Gabriel Garran ] goes up to the Tilf (International French Language Theater) Koffi Kwahulé’s play Bintou in collaboration with Pascal N’Zonzi and chooses Samuel to play the role of Drissa, the incestuous uncle of the heroine (first role in the theater of the actress Aïssa Maïga 1 ).

In 1998, he presented at the La Villette Blues for Mister Baldwin Jazz Festival a demonstration/tribute to James Baldwin to celebrate the tenth year of his death in France.

He creates and stages The Coin of Amen, the first play by James Baldwin, which he presents at the TILF and at the Swiss Cultural Center in Paris.

He meets and collaborates with African-American author and filmmaker Melvin Van Peebles on the French adaptation of his musical comedy, Do not Play Us Cheap, which becomes A Party in Harlem.

In 2007, on the occasion of the twentieth anniversary of the author’s death, he staged the French creation of James Baldwin’s Corner of the Amen adapted by Marguerite Yourcenar to the Bois de Vincennes Sword Theater and during the 37 th Cultural Festival of the city of Fort-de-France in Martinique.

In 2010, he collaborated on writing and directed the staging of Attila, Queen of the Belgians, a single-in-scene of Marie-Élisabeth Cornet presented at the Fires of the ramp, the Lucernaire, and the European.

In 2011, he directed The Islands of Chadian author Koulsy Lamko at the modern Parisian washhouse.

He has also worked for many years on the translation and promotion in France of African American theater classics, including Lorraine Hansberry’s A Raisin in the Sun and Ossie Davis’s Purlie Victorious.

Samuel Légitimus held from 2012 to 2013 a Hall of Fame category of Black artists and humanists in the quarterly magazine Respect Magazine .”  – [fr. wikipedia] 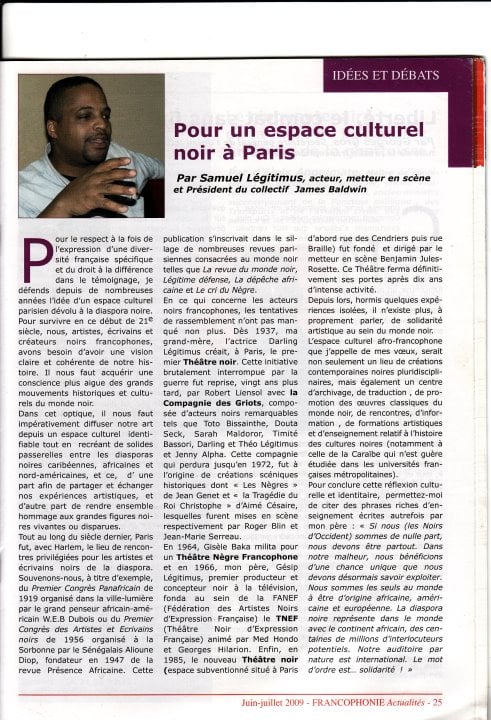 FOR THE CREATION OF A BLACK CULTURAL CENTER IN PARIS
by Samuel Légitimus
For the respect, both of the expression of specific French diversity and of the right to the difference in the testimony, I defend for many years the idea of ​​a Parisian cultural center devoted to the Black diaspora.
To survive at the turn of the century, we, French-speaking Black artists, writers, and creators, need to have a clear and coherent vision of our history. We need to gain a stronger sense of major movements history and culture of the black world.
From this perspective, it is imperative that we disseminate our art from an identifiable cultural space while recreating solid bridges between the Black Caribbean, African and North American diasporas, on the one hand, in order to share and exchange our artistic experiences and, on the other hand, to pay homage together to the great Black figures, living or missing.
Throughout the last century, Paris was, with Harlem, a privileged meeting place for Black artists and writers from the diaspora. Let us remember, for example, the First Pan-African Congress of 1919, held in the city-light by the great African-American thinker WEB Dubois or The First Congress of Artists and Black Writers of 1956, organized at the Sorbonne by the Senegalese Alioune Diop, founder in 1947 of the journal Présence Africaine. This publication was in the wake of many Parisian magazines, devoted to the Black world such as La Revue du Monde Noir, Légitime Défense, La Dépêche Africaine, Le Cri du Nègre ou l’Etudiant Noir.
In regards to french black actors, attempts to rally in the French capital did not miss either. As early as 1937, my grandmother, the actress Darling Légitimus, created the first Theâtre noir in Paris. This initiative, brutally interrupted by the war, was taken up, twenty years later, by Robert Liensol withThe Company Les Griots, made up of remarkable black actors such as Toto Bissainthe , Douta Seck , Sarah Maldoror, Darling and Théo Légitimus, Jenny Alpha … This company, which lasted until 1972, was at the origin of historical stage creations including Les Nègres (The Blacks) by Jean Genet and La Tragédie du Roi Christophe by Aimé Césaire, which were directed respectively by Roger Blin and Jean-Marie Serreau .
In1964, Gisèle Baka campaigned for a French-speaking Negro Theater and in 1966, my father, Gésip Légitimus, the first black producer and designer on television, founded within the FANEF (Federation of Black Artists of French Expression) the TNEF (Black Theater of French Expression) hosted by Med Hondo and Georges Hilarion. Finally, in 1975, the new Black Theater, (a subsidized space located in Paris first rue des Cendriers then rue Braille) was founded and directed by the stage director Benjamin Jules-Rosette. This theater closed its doors permanently in 1985 after ten years of intense activity.
Since then, apart, from a few isolated experiences, there is no longer, strictly speaking, artistic solidarity within the Black world.
The Afro-French-speaking cultural space that I wish for, would not only be a place of multidisciplinary Black contemporary creation, but also a center for archiving, translation, promotion, and dissemination of classic works of the Black world, a space for meetings, information, artistic training, and education relating to the history of Black cultures (especially that of the Caribbean which is hardly studied in metropolitan French universities).
To conclude this cultural and identity reflection, allow me to quote these rich teaching sentences once written by my father: “ If we – the Blacks of the West – are out of nowhere, we must be everywhere. In our misfortune, we have a unique chance that we must now know how to exploit. We are the only ones in the world to be of African, American, and European descent. The Black diaspora represents in the world with the African continent, hundreds of millions of potential interlocutors. Our audience by nature is international. The watchword is… solidarity! “
Samuel Légitimus,
Actor, Director and
President of the James Baldwin Collective 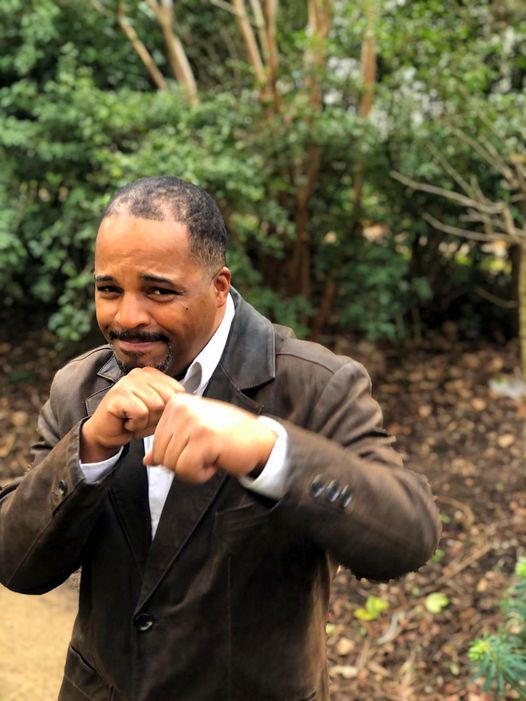