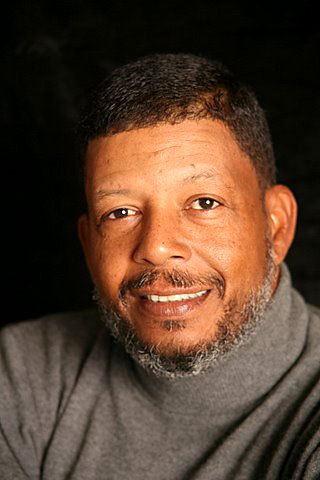 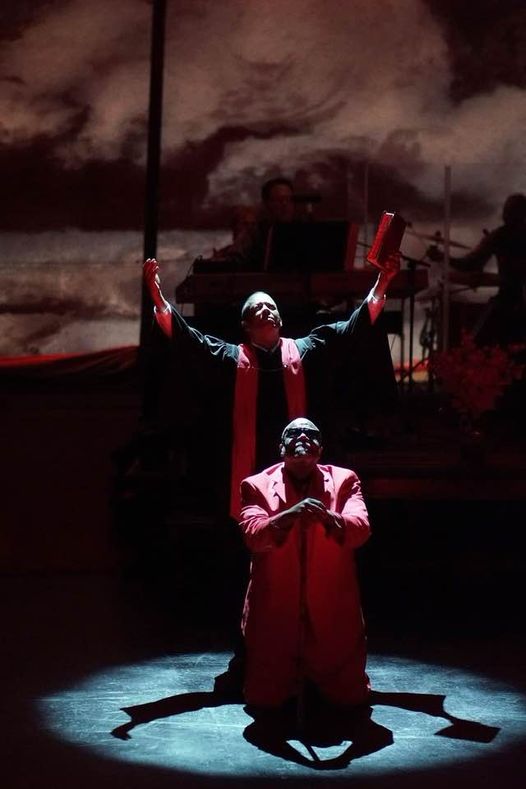 Gospel at Colonus at Zach Scott Theatre in Austin, Texas 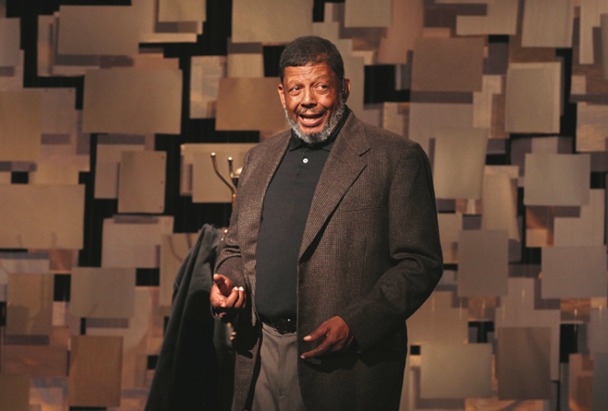 AUGUST WILSON’S How I Learned What I Learned

“Eugene Lee’s written characters come to life through his plays, which have been produced on stages in areas such as Los Angeles, New York, The Royal Court Theatre in London, and the Jubilee Theatre in Fort Worth. Lee is also an Artist in Residence and an Artistic Director of the Black and Latino Playwrights Conference at Texas State University, where he also has the honor of being a designated Distinguished Alumnus. Lee still serves as Artist in Residence in the Theater Department at Texas State University.”

Born in his maternal grandparent’s house in North Brunswick, New Jersey at 2:00 pm in the afternoon with the help of the local midwife on July 16th, 1953.  The local midwife unwrapped the cord from around his neck and started him on his way.  He left Jersey in his mother’s arms and came with her and his father, who was stationed in Piscataway, to live in Texas. 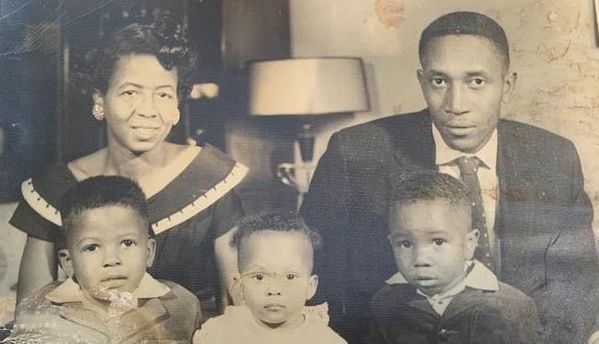 The family grew to include a younger brother and sister, and they spent their childhood in a segregated Texas attending school in Fort Worth and every summer on Big Mama’s place down in the Piney Woods of East Texas just about nine miles outside of Crockett, Texas across the highway from the Davy Crockett National Forest.  Fishing, hunting, playing with cousins and extended family, attending vacation bible school, slopping hogs and milking cows, listening to stories and histories on the porch while shelling peas, and even on a couple of occasions picking cotton before heading back to Fort Worth for another school year at the end of the summer. 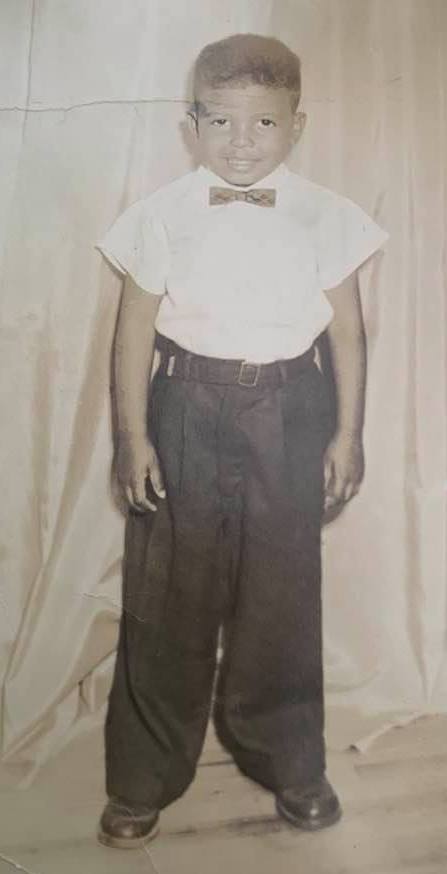 Living with teachers, Big Mama was one of the teachers at the Kennard Colored school outside Crockett, and Aunt Evelyn Scoot taught in the segregated Fort Worth school district, Eugene was reading the Bible by the time he was four and not long after that was helping his aunt grade the papers of her High School students … so they lied about his age and got him into first grade at age five.  He was that little smart kid in all of his classes who took what he was told by his elders and teachers seriously, especially the work ethic they instilled in him.  He learned he would have to do 300% just to get noticed in that day and age of America if he was to have a shot at the American dream.  There was love that came with learning from the Black teachers for every student in the segregated schools of Texas.  It was often tough love that was meant to prepare them for bright futures as leaders and contributing members of this free society and participants in the struggle to excel and achieve equality against existing odds.  That cute little smart boy with good hair who was the teacher’s favorite cause he always finished his work before everyone else and help others when he could is who he was.

Early public appearances included Easter Sunday speeches at Big Mama’s church in East Texas, “What you lookin’ at me so hard for I didn’t come to stay.  I just came to tell you today is Easter Day.”   He was always being called on to dance with his siblings at holiday house parties in front of visiting family and guests.  He was the preacher in what was called a Tom Thumb wedding and had a role in the sixth-grade play.  And despite President John Kennedy’s assassination in Dallas, Texas after a visit to Fort Worth when Eugene was in 6th grade, he harbored a dream of becoming President of the United States.

Junior High brought an opportunity to study Spanish and thanks to the wonderful teaching and guidance of Mrs. Dorothy Flint, Eugene took to the second language like a fish to water.  Being fluent in Spanish would serve him wonderfully well in his career opening up a whole other bag of employment avenues for him.  He also took advantage of the Drama class offered to assume roles in plays and advance to the Colored spelling bee finals and read practically every book in the Junior High library before graduating from ninth grade at the top of his class in time for the onset of integration in the Fort Worth public schools.

Though there still remained segregated High Schools in the system, Eugene and a little more than a handful of other Black students got on a bus and traveled across town to integrate Paschal High and all the challenges that involved.  Despite those challenges Eugene brought his well-prepared work ethic to bear and found out that being white didn’t make a person smarter or in any way better than himself and became a leader in academics and extracurricular activities.  Then one day the drama teacher pulled him out of his Biology class and asked if he’d take a look/read at the play they were about to do and consider playing one of the parts.  The play was You Can’t Take it With You, and they needed someone to play the role of the maid’s boyfriend Donald because they only had one Black female in the Drama class.  He read the play and found the role of Donald offensive.  This was 1967/68 and Black was becoming beautiful and Eugene took the script back to the lady and said thank you but no.  The older White drama teacher then said words to him that changed his life when she leaned over and said to him, “Do you want me to put one of these White boys up there in Blackface?”

He knew she’d done that before because that was all she had had to work with and he was certain she would continue in that offensive tradition and he also knew he didn’t want to see that.  Long story short he agreed to do the part and she had his schedule changed to enroll him in her drama class.  It was in that class he found kindred spirits in many ways unlike the rest of the white student body of the school and went on to perform in other plays with the “Vagabond Players” as the theatrical troupe from the class was called before graduation and never again in a role he found offensive or derogatory to his being a Black man-child.  This teacher even stepped outside her established comfort zone and put him in roles that were written for Whites such as the physics professor in the group’s production of Goodbye My Fancy” before he graduated. 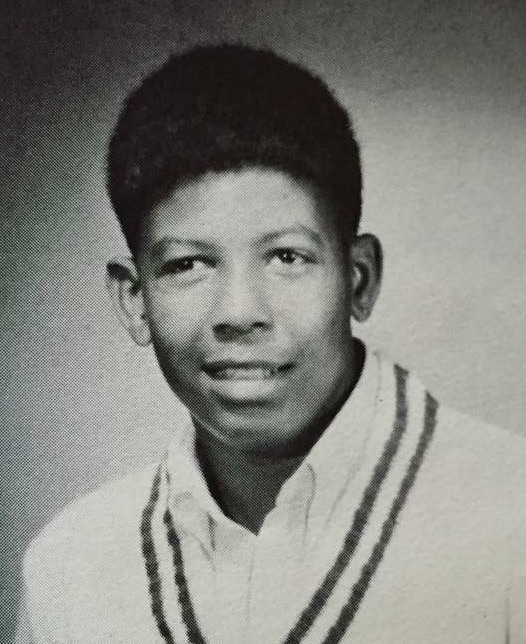 Another milestone in his High School career was when he was persuaded by one of the White cheerleaders at the school and their sponsor, who was his homeroom teacher, to run for a position on the squad.  He had good grades and an outgoing personality and was well-liked but in tenth grade, Eugene stood 5’2” and was waiting on a growth spurt so he could try out for basketball, but he was also over a year behind his classmates in age since he started first grade at five and knowing his mother was not a tall woman he really suspected he might be destined genetically to end up on the short side physically, so he put his name on the ballot and as fate and history would have it, he won one of the positions.  It’s pretty certain many of the White students voted for him for a variety of reasons and never thinking he might really stand a chance, but he won and on the morning of his first pep rally his junior year the front page of the city paper had a photo of him and the other seven cheerleaders (4 females and 4 males) with the headline that read, NEGRO HISTORY MADE.  A proud moment for sure but it brought with it concerns as well.  His father worried about him jumping around out there on the football field and throwing the White girls around doing stunts with his hands all over them that it might raise the ire of someone in the stands.

This was still Texas.  Also from his Black friends that he grew up with, he had to face the questions about his loyalty to his race and his sexuality since they had never even heard of male cheerleaders before.  And those Black students’ ill feelings about what he was doing hurt more than any repercussions that came from the White folks, but Eugene remembered what he’d been lovingly taught by all his Black teachers in elementary and junior high school that he’d have to do three hundred percent and that he was as deserving of all the American dream had to offer as anyone walking the planet.  He pressed on through the handful of Black students with their calls of “Uncle Tom” and “punk” and ultimately garnered an enviable level of respect from all concerned. 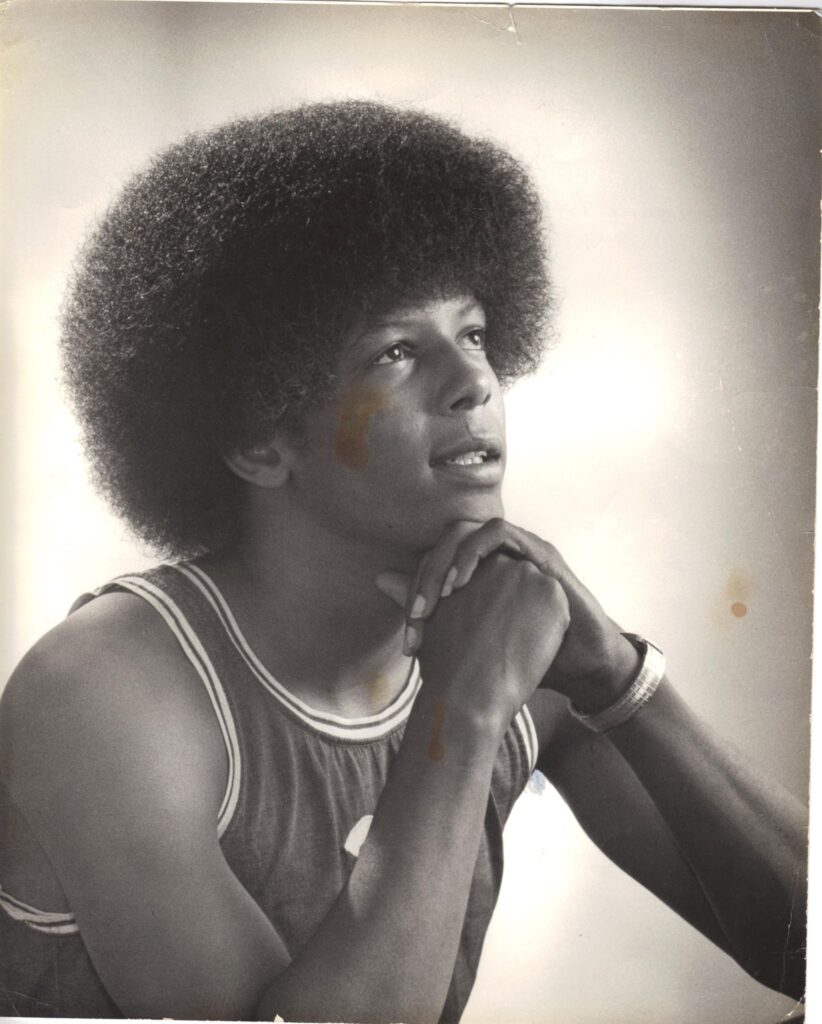