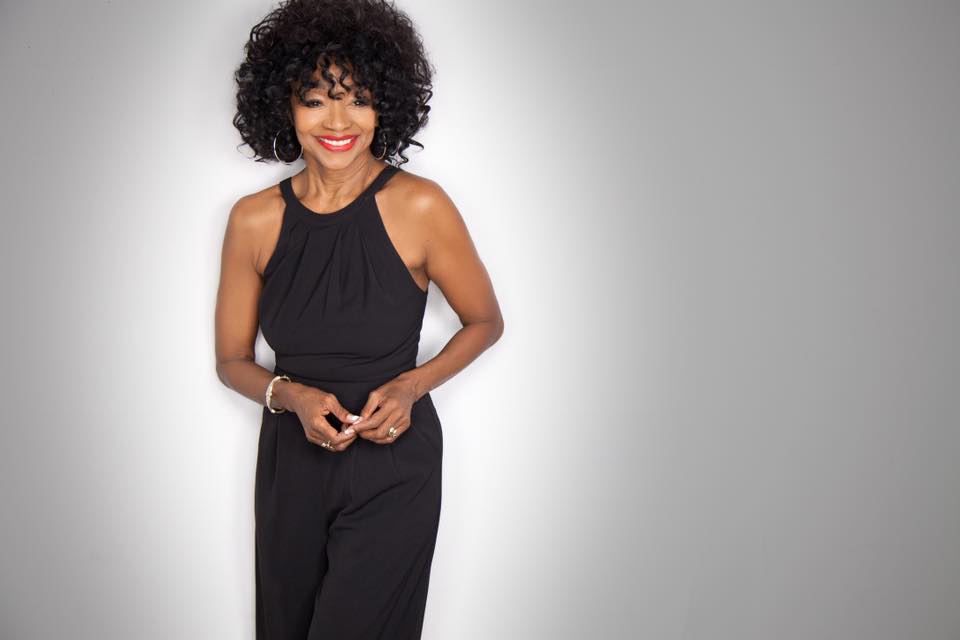 Jonelle Allen is an American actress, singer, and dancer from Harlem, New York, United States. Beginning her career in the late 1960s. Allen has co-starred in films, Broadway productions, and television.

Beginning her professional career in the late 1960s, Allen has co-starred in films, Broadway productions, and television. In 1972, Allen was nominated for a Tony Award for Best Actress in a Musical for her performance in the musical Two Gentlemen of Verona.

Born in New York City, Allen was raised in the Sugar Hill section of Harlem. The only child of Marion, a postal worker, and Robert Allen, an NYC transit worker, Allen began performing at the age of four and attended the Professional Children’s School.  She made her Broadway debut at the age of six in The Wisteria Trees, Joshua Logan’s Americanized adaptation of The Cherry Orchard, starring Helen Hayes. As a child, she also made regular appearances on a local children’s television series, The Merry Mailman, hosted by Ray Heatherton.

Allen returned to Broadway in a revival of Finian’s Rainbow. She was in the cast of the original off-Broadway 1968 production of Hair at Joseph Papp’s Public Theater,[6] and also appeared in George M! before receiving critical acclaim and a Tony Award nomination for Two Gentlemen of Verona, which earned her New York Drama Critics’ Circle, Drama Desk, Theatre World, and Outer Critics Circle Awards for her performance. Despite her success, it proved to be her last Broadway appearance to date.

Allen’s film credits include Cotton Comes to Harlem, The Hotel New Hampshire, and The River Niger, for which she won an NAACP Image Award. Other television appearances include Match Game, Barney Miller, The Love Boat, All in the Family, Trapper John, M.D., Hill Street Blues, Cagney and Lacey, ER, and Girlfriends. Allen portrayed a lesbian prison inmate in the 1975 television movie Cage Without a Key, which starred Susan Dey.

Her most notable roles are Grace, the entrepreneurial café owner in the Old West, whom she played for seven years on Dr. Quinn, Medicine Woman, as well as the flamboyant and outspoken Doreen Jackson on the NBC soap opera Generations, and Lucinda Cavender, the vampire witch in the horror comedy film The Midnight Hour. Before Generations, she played ambitious salesgirl-turned-boutique-manager Stacey Russell on the short-lived prime-time soap Berrenger’s. Allen appeared as legendary Harlem jazz queen Florence Mills in Harlem Renaissance at the 2007 Edinburgh Festival Fringe.

More recently, Allen has headed the New Works/Staged Reading Projects at Saddleback College, and is writing and directing new shows which Allen calls “plays with music”, which have been presented at Saddleback, notably an adaptation of Charles Dickens’ A Christmas Carol and The Journey, both with composer David Jayden Anthony.

In 2017, Allen appeared in the film The Divorce, released on Amazon, and starred in Hello, Dolly at Saddlebacks CLO. The same year, she starred in Donald B. Welch’s Secret Garden and worked on an updated version of her Florence Mills one-woman show, written with collaborators Stevi Meredith and David Jayden Anthony.” – WIKIPEDIA

“What sums me up is Eclectic and Versatile!”

“What I tell young actors is LEARN your Craft.” 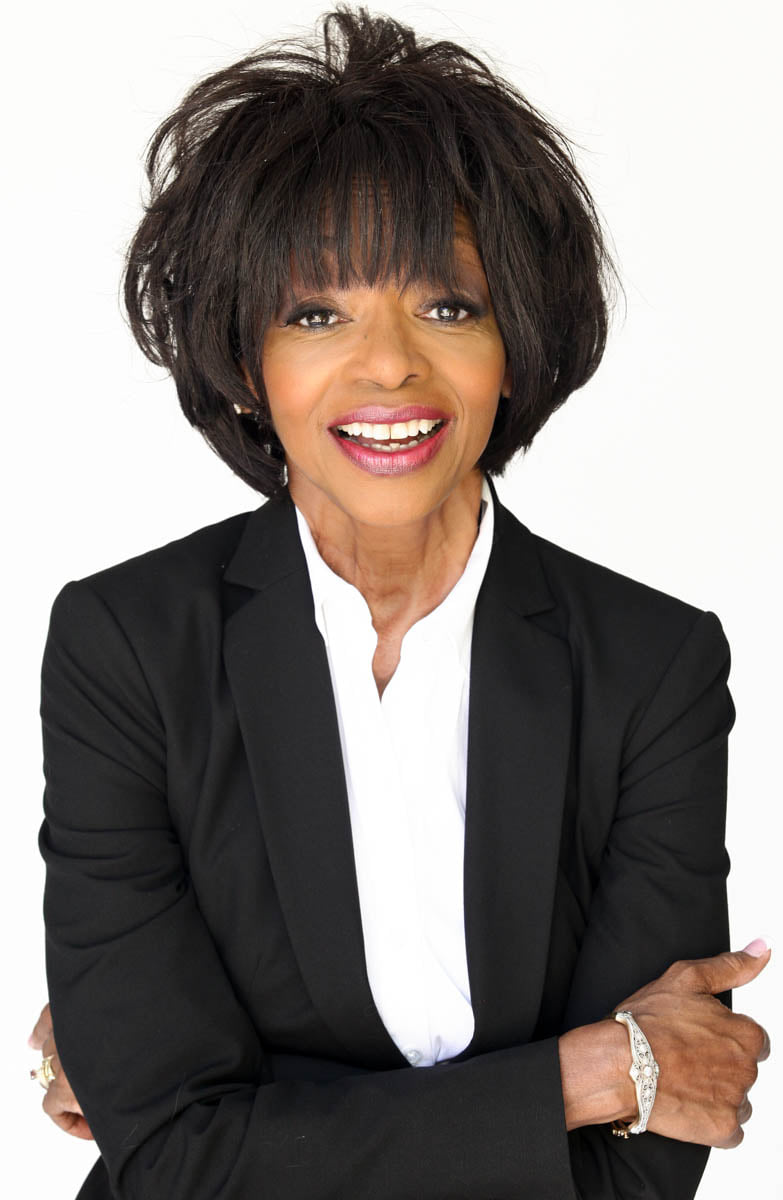 “When I was seven years old, the Hallmark Hall of Fame, produced Green Pastures (directed by George Schaeffer) with William Warfield as De Lawd and Rochester as Noah, Estelle Hensley was the Sunday School teacher Mrs.DeShay and I was the little girl Myrtle whose eyes the audience saw ‘Heaven” through.” 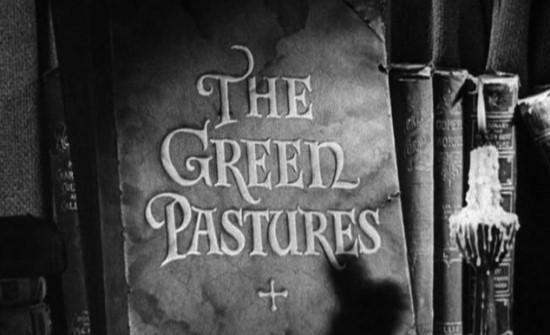 “I remember that Rochester was not a very friendly man, at least not to us kids. Another thing I remember is that in the heaven scenes there were clouds and because they (the clouds) were made from some toxic material, they told us kids” don’t touch the clouds they can hurt you”, I touched them anyway and was just fine.” 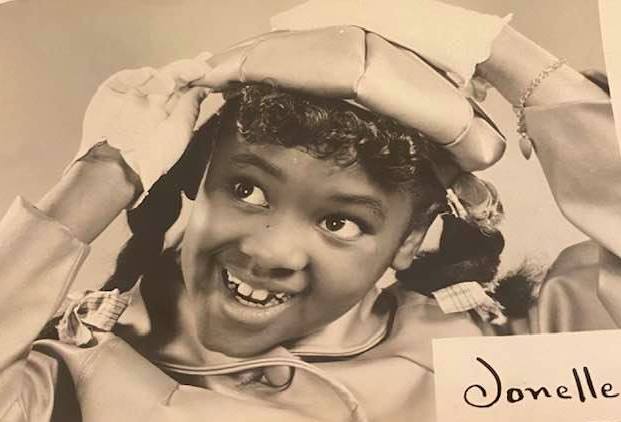 Jonelle Allen grew up in Harlem’s, Sugar Hill community among neighbors that included: Duke Ellington, Sonny Rollins, and Johnny Hodges, all of whom had an influence on her choice of an artistic career.  Born and raised in Harlem, she was the only child of Marion Allen, a postal worker, and Robert Allen, who worked for the New York Transit Authority. 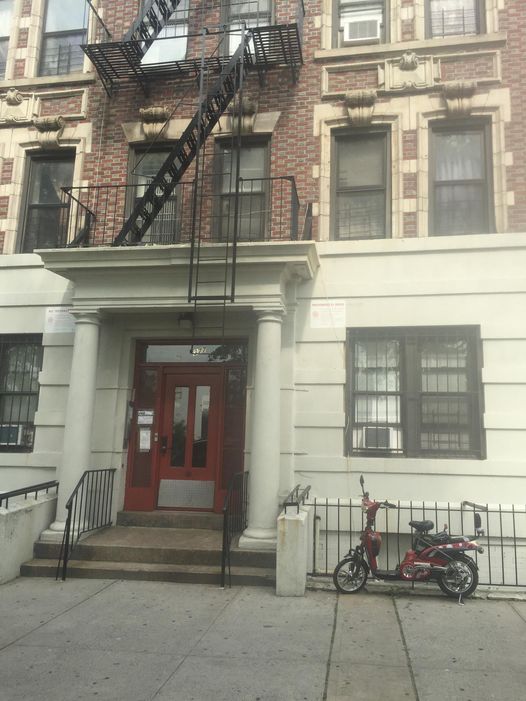 “Growing up was Heaven,
Third floor, apartment seven
Memories of Sugar Hill
Lingers with me Still.“

Her parents divorced when she was just five and she lived with her mother, Aunt Bea, and her maternal grandparents. Her grandfather, the first Black post office supervisor in New York City, was a superb jazz saxophonist who didn’t think much of music as a profession but who nevertheless taught a neighborhood kid, Sonny Rollins, being one of them, how to play. 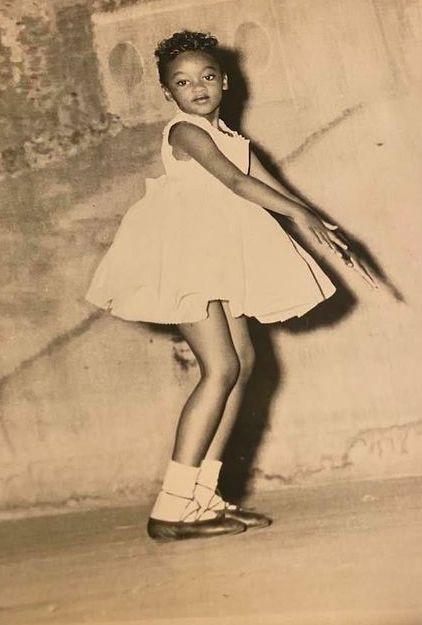 A song-and-dance star in front of her family at age three, Allen was enrolled by her Aunt Bea, in a children’s dance class where she was discovered by a talent scout from The Merry Mailman, a popular children’s show in New York.  She was soon a frequent sidekick to the host, Ray Heatherton, and a busy young actress and performer. 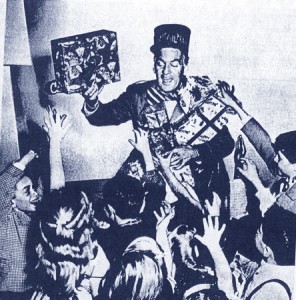 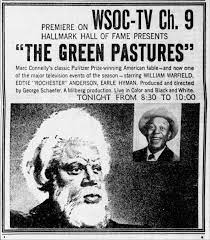 She played a Sunday school kid trying to visualize heaven in the Hallmark Hall of Fame production of Green Pastures (1957) and Small War on Murray Hill, a work-in-progress by Robert E. Sherwood, directed by Garson Kanin who sat her on his lap while giving her notes. “I was sitting on a lot of people’s laps in those days,” recalls Allen. 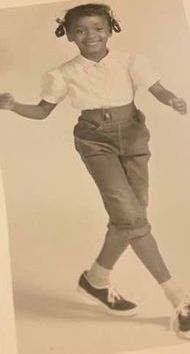 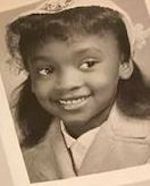 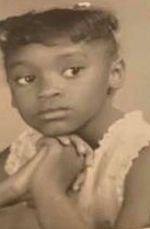 “When I was a kid growing up in Harlem in New York City, I went to the Schomberg Library on 135street.  Now it is The Schomberg Cultural Center, however, I digress. Anyway as a kid I walked in the lobby and there a was bust of a man obviously in costume with an earring and on the plaque, it said “Ira Aldridge The Great Shakespearean Actor as Othello”. I became fascinated and read about  him, a freedman born in New York, however, he moved to England and had great success in the 1800s.“ 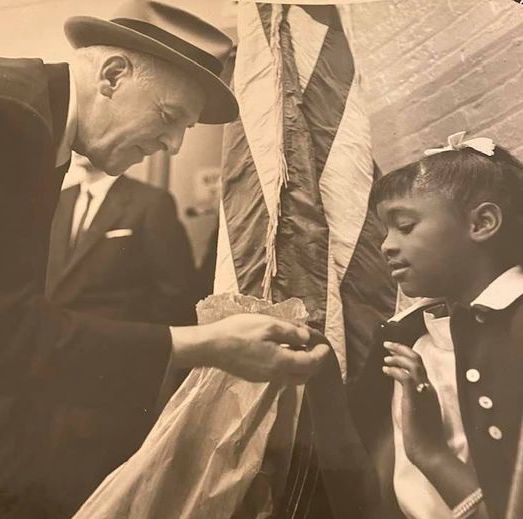 “Walter Winchell trying to tempt me with candy
(Boy, that would not work today!)” 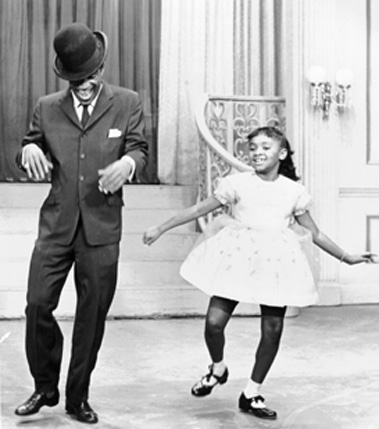 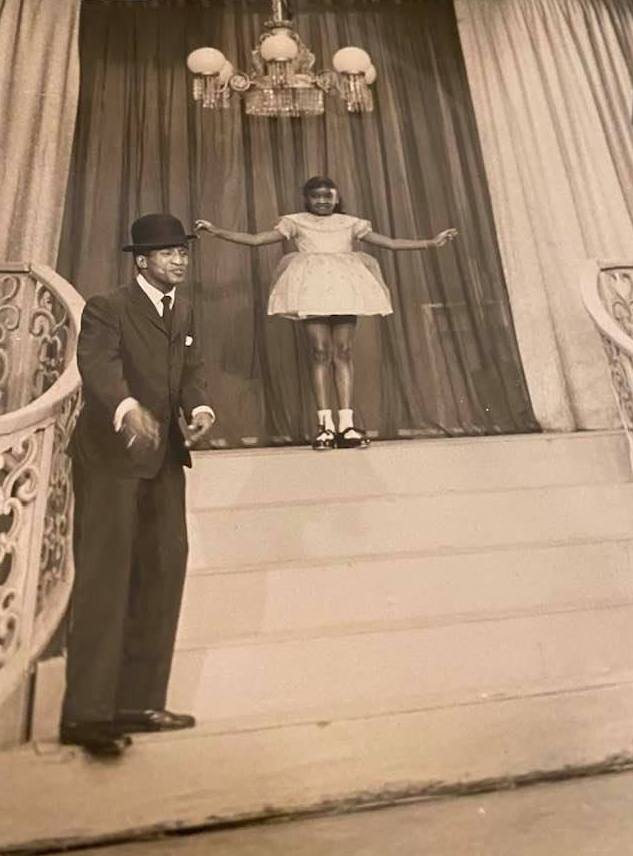 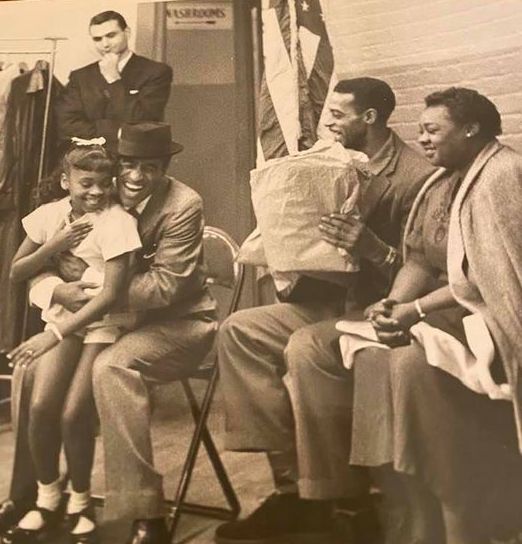 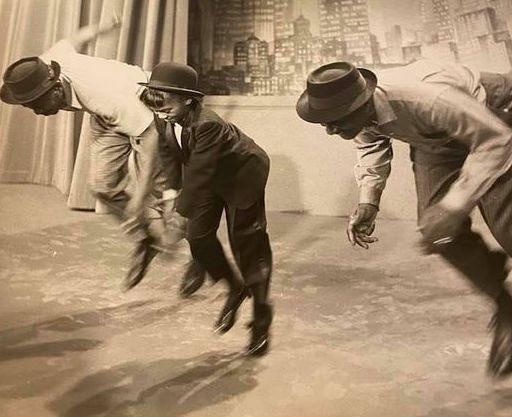 In rehearsal with the Will Mastin Trio 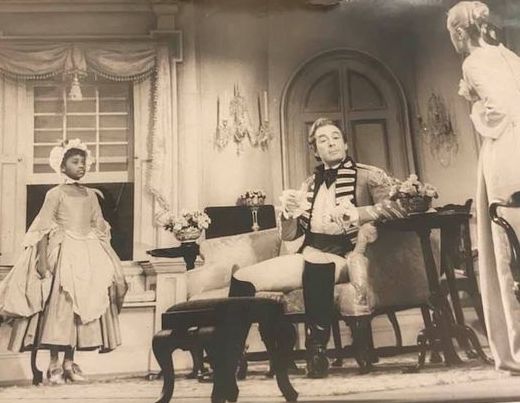 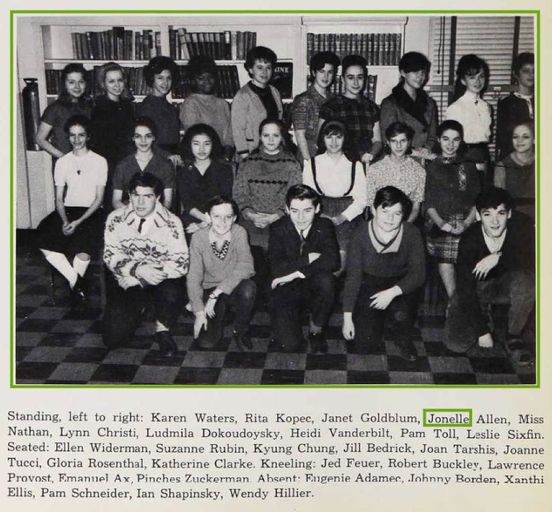 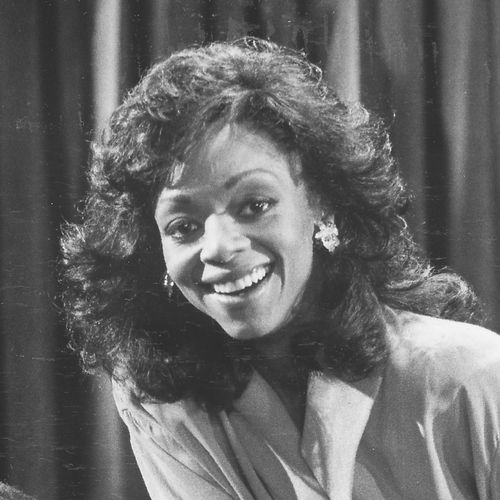 “She lived in Harlem, worked on Broadway, and attended a private school, Walden on posh Central Park West. “I was like Sybil with her multiple personalities,” says Allen. “I was interacting with diverse groups of people. It probably helped me as an actress.” But an unexpected spurt in growth at age 11 turned her into a has-been. “Almost overnight I became too big for little girl roles.”

At 13, Allen entered New York’s Professional Children’s School, the high school for show business youngest, and concentrated on her education until, in her senior year, an agent told her that Joseph Papp, the founder of the New York Shakespeare Festival, was auditioning young singers and dancers for “Hair,” billed as an “American Tribal Love Rock.” She got a role and Papp became something of a mentor. “Hair” opened to great acclaim at Papp’s Public Theatre but when, a few months later, it was brought to Broadway by a new production team, Allen opted for a role in “George M,” starring Joel Grey and Bernadette Peters, which ran for over 400 performances at the renowned Palace Theatre.

Film and television roles beckoned. Allen filmed “Cotton Comes to Harlem” which starred Godfrey Cambridge and Redd Roxx and was directed by Ossie Davies. She shot a segue, “Come Back Charleston Blue,” and won an NAACP Image Award for her role in “The River Niger” with Lou Gossett, James Earl Jones, and Cicely Tyson. She filmed “Hotel New Hampshire” with Jodie Foster and Rob Lowe for director Tony Richardson who had directed her earlier in Shakespeare’s “As You Like It” at the Long Beach Theatre.

Allen starred off-Broadway in the musical version of Irwin Shaw’s “Bury the Dead” right after filming “Come Back Charleston Blue.” New York Times reviewer Walter Kerr saw her performance and was moved to award her the dream of every actor, “a love letter review.” It was soon thereafter that Joe Papp called Allen for “Two Gentlemen of Verona.” Originally planned as one of the New York Shakespeare Festival’s free productions in Central Park, it was given a rock score at the suggestion of director Mel Shapiro to help give the modern adaptation of the play the proper contemporary flavor.

Down front to review the play for the Times, Kerr again had only good things to say about Allen’s performance. “It was almost as if he felt that I was his discovery,” remembered Allen. “In a way, I suppose I was.” The play was a smash outdoors in Central Park all summer long. It then moved indoors to Broadway for a run of 627 performances and ultimately to Los Angeles where it played at the Ahmanson.

Allen moved permanently to the west coast where her agents were determined to sell her as the new Diana Ross or Lola Falana. She, on the other hand, wanted to be a fully rounded actress and demanded that they find dramatic roles for her. She guest starred in “Cagney and Lacey,” “Hill Street Blues,” “The Trials of Rosie O’Neil” and many other hour dramas. She appeared in many diverse roles in a long string of movies of the week, from playing the right-wing district attorney to Peter Strauss’ presiding judge in CBS TV’s “Penalty Phase” to a 17-year-old lesbian opposite Susan Dey in another CBS movie, “Cage Without a Key.”

Allen wasn’t as fortunate as a series regular. “Palmerstown,” created by Alex Haley, was canceled after only a few months on CBS during two different seasons. “Berrenger’s” lasted only three months on NBC and ABC’s “After Midnight,” directed by the much sought-after Tony Richardson and featuring John Goodman and Gary Cole along with Allen, never got past its pilot episode.

It wasn’t until the spring of 1989 with the premiere of NBC TV’s “Generations,” the first daytime serial in which one of the two major families was Black, then Allen settled down for a substantial two-year run. It was through the support of this vanguard series and her continuing efforts to expand the opportunities of minority actors that Allen appeared on the floors of Congress and saw her impassioned testimony published in “The Congressional Record.” Soon after the demise of “Generations,” Allen embarked upon what promises to be the extended run of “Dr. Quinn.”

Perched in a tiny dollhouse of a house in the hills above Laguna Beach for the last decade, Allen is the mistress to two cats and one dog. An exercise nut, Allen works out three hours a day, seven days a week on a half dozen machines at one of the four gyms that she is a member of.”