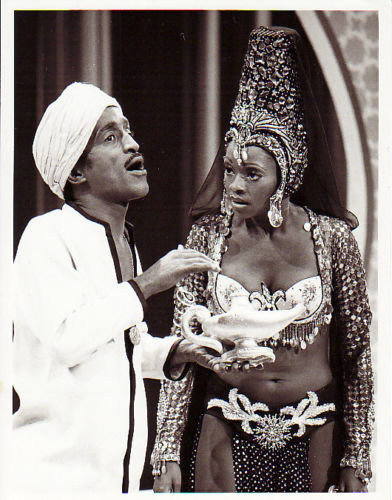 “Hair: The American Tribal Love-Rock Musical is a rock musical with a book and lyrics by Gerome Ragni and James Rado and music by Galt MacDermot. The work reflects the creators’ observations of the hippie counterculture and sexual revolution of the late 1960s, and several of its songs became anthems of the anti-Vietnam War peace movement. The musical’s profanity, its depiction of the use of illegal drugs, its treatment of sexuality, its irreverence for the American flag, and its nude scene caused much comment and controversy. The musical broke new ground in musical theatre by defining the genre of “rock musical”, using a racially integrated cast, and inviting the audience onstage for a “Be-In” finale. 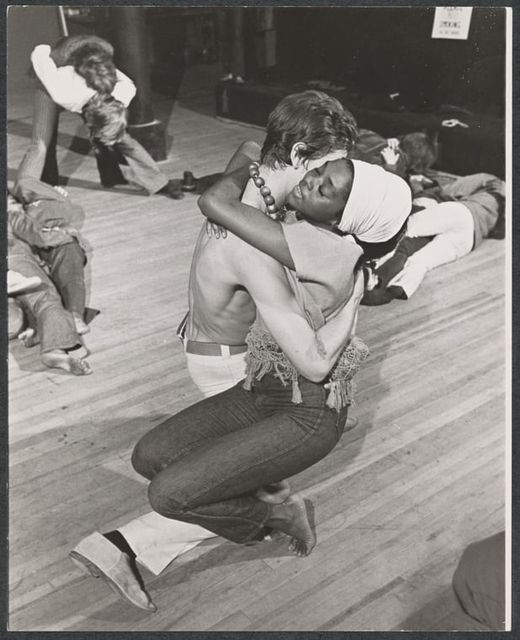 HAiR, Public Theater 1967,
I feel romantic this morning. – Warren Burton and Jonelle Allen.
“The beauty of life you can no longer hide” 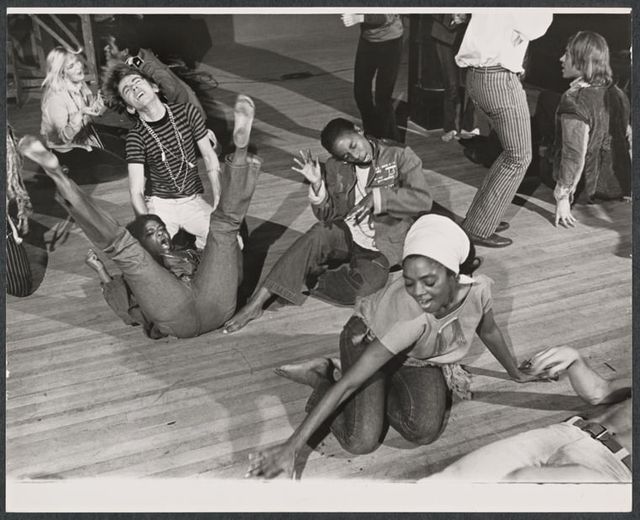 HAiR, Public Theater 1967
Pure, sheer energy. A great photo of the rehearsals, on the newly built stage of the Public Theater. Don’t forget that this first ever version of ‘Hair’ was the first show to open at Joe Papp’s new Public Theater.
Jonelle Allen is in the foreground, Alma Robinson and Susan Batson, with William Herter, are behind her. Walker Daniels on the far right and Suzannah Norstrand/Evans, with Arnold Wilkerson, on the opposite side.

Hair tells the story of the “tribe”, a group of politically active, long-haired hippies of the “Age of Aquarius” living a bohemian life in New York City and fighting against conscription into the Vietnam War. Claude, his good friend Berger, their roommate Sheila and their friends struggle to balance their young lives, loves, and the sexual revolution with their rebellion against the war and their conservative parents and society. Ultimately, Claude must decide whether to resist the draft as his friends have done or to succumb to the pressures of his parents (and conservative America) to serve in Vietnam, compromising his pacifist principles and risking his life. 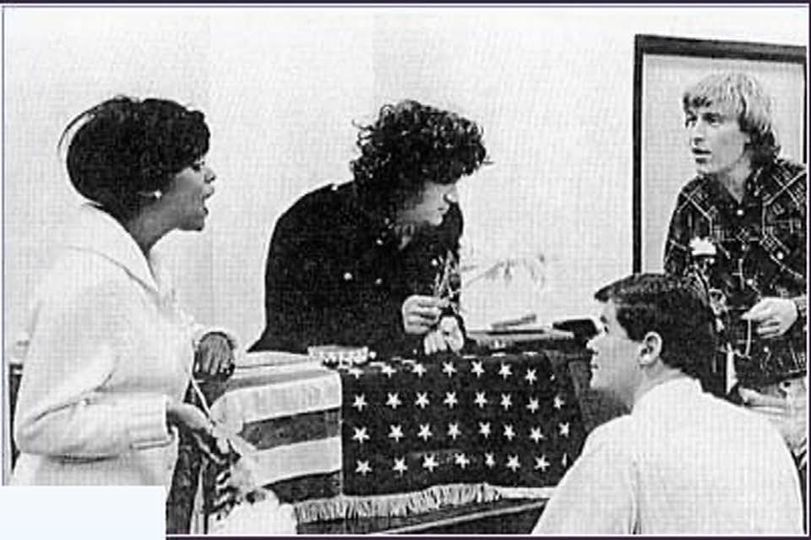 HAIR
Here I am being taught and learning a song by Composer Galt MacDermot and Writers Gerome Ragni and James Rado
With no idea this show would make History
1967!

After an off-Broadway debut on October 17, 1967, at Joseph Papp’s Public Theater and a subsequent run at the Cheetah nightclub from December 1967 through January 1968, the show opened on Broadway in April 1968 and ran for 1,750 performances. Simultaneous productions in cities across the United States and Europe followed shortly thereafter, including a successful London production that ran for 1,997 performances. Since then, numerous productions have been staged around the world, spawning dozens of recordings of the musical, including the 3 million-selling original Broadway cast recording. Some of the songs from its score became Top 10 hits, and a feature film adaptation was released in 1979. A Broadway revival opened in 2009, earning strong reviews and winning the Tony Award and Drama Desk Award for Best Revival of a Musical. In 2008, Time wrote, “Today Hair seems, if anything, more daring than ever.” 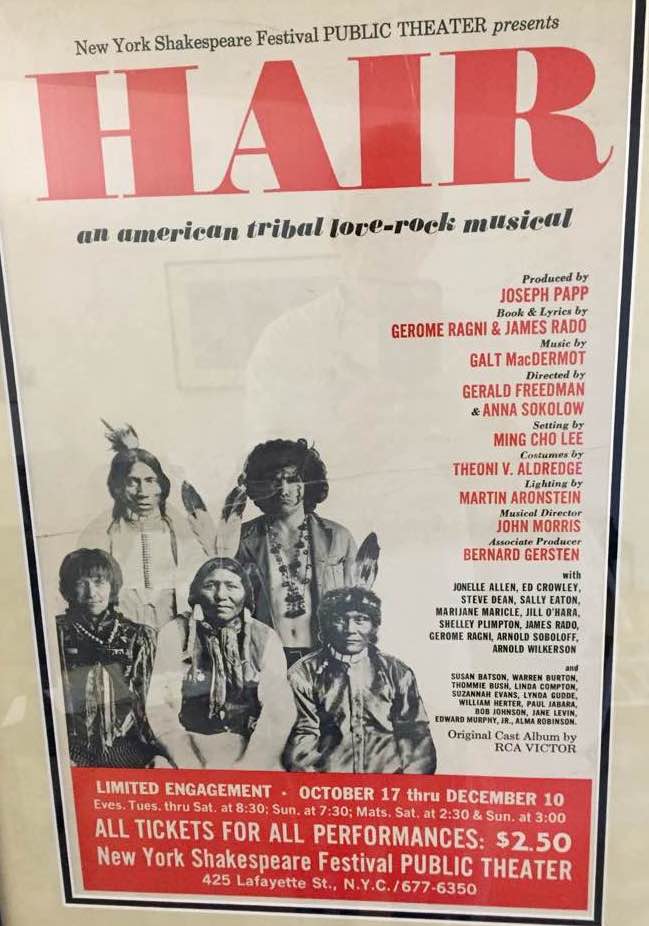 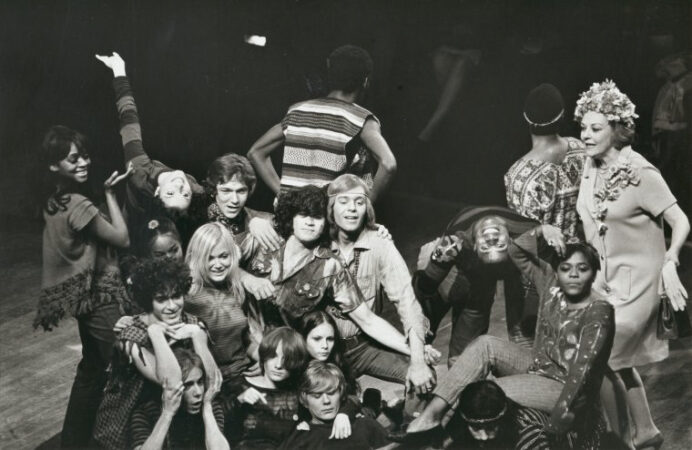 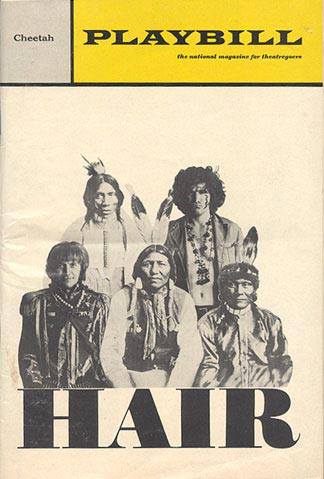 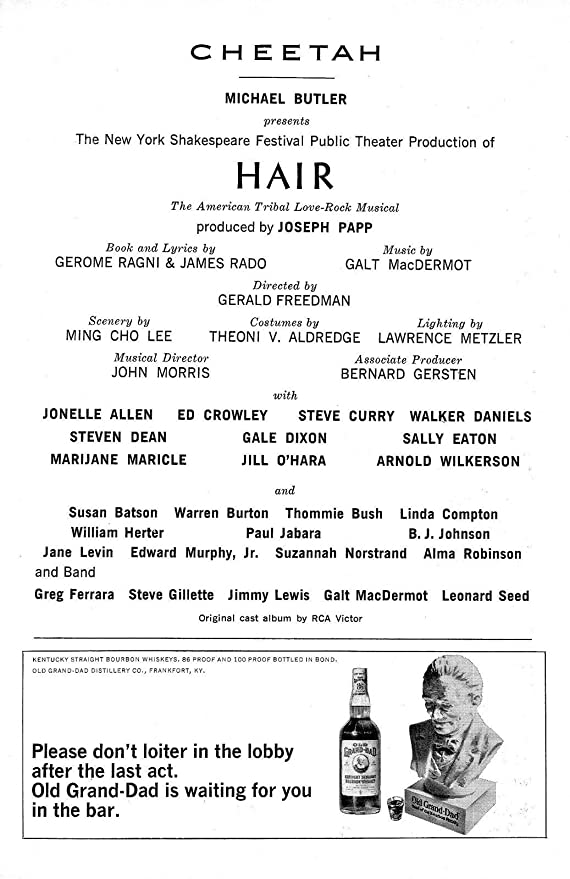 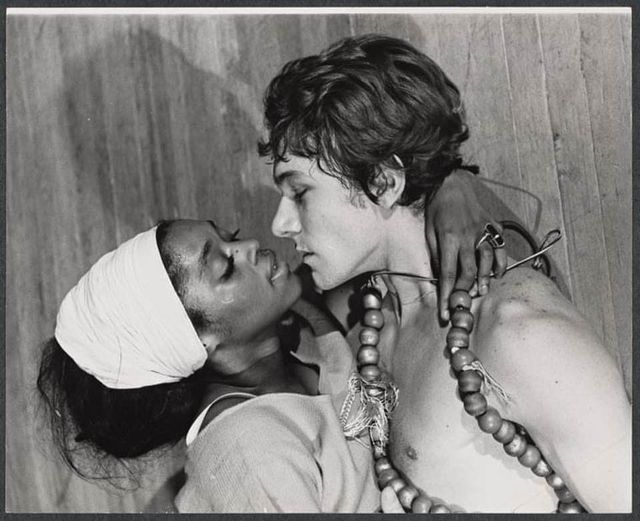 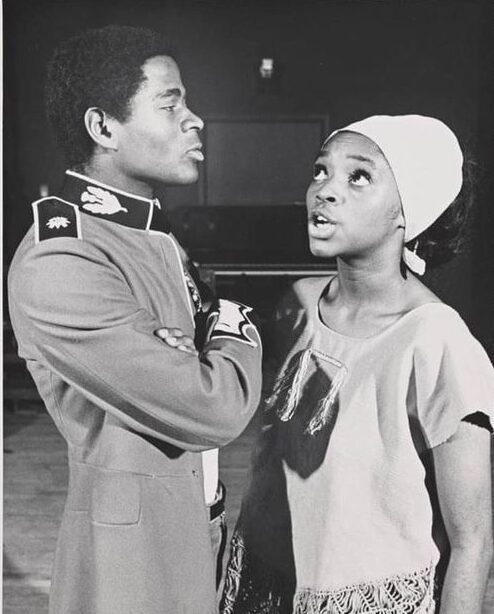 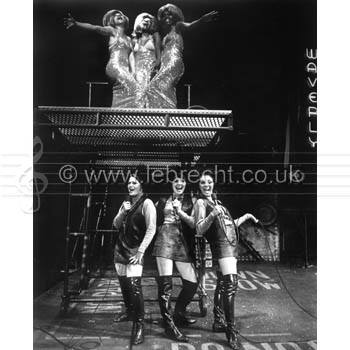 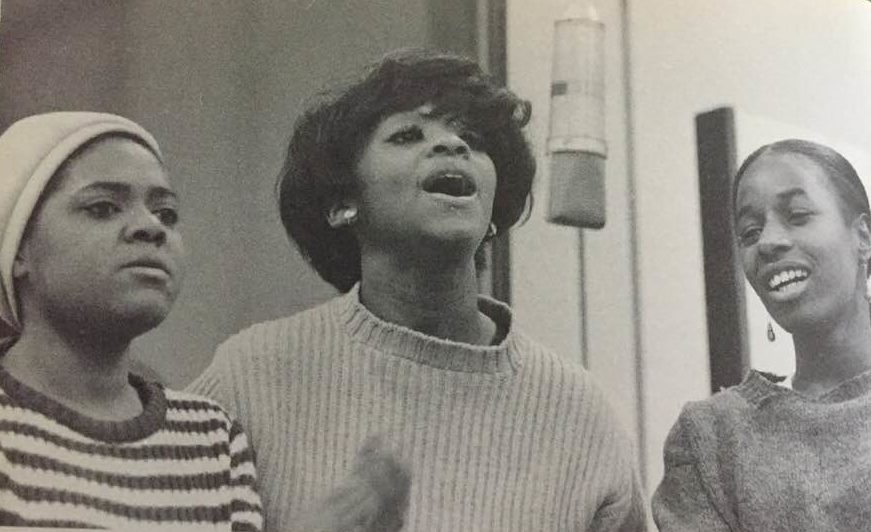 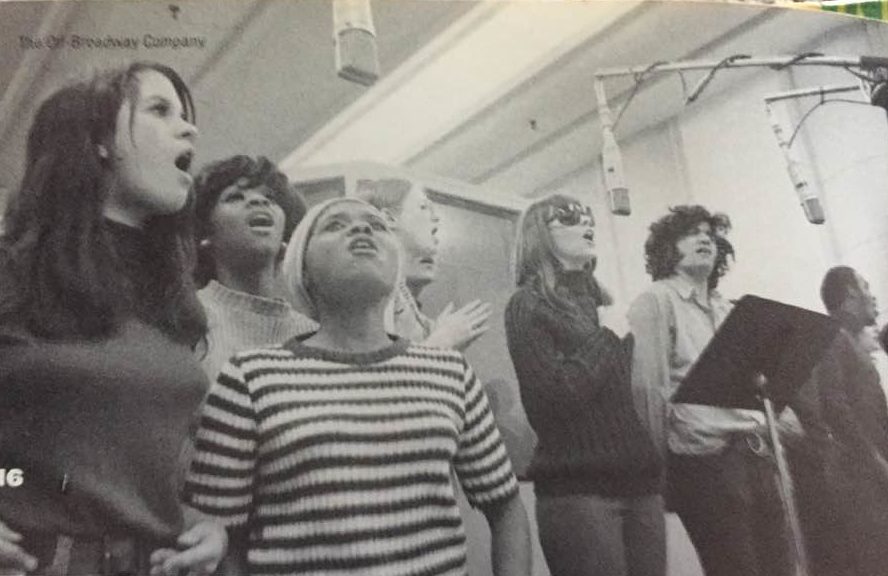 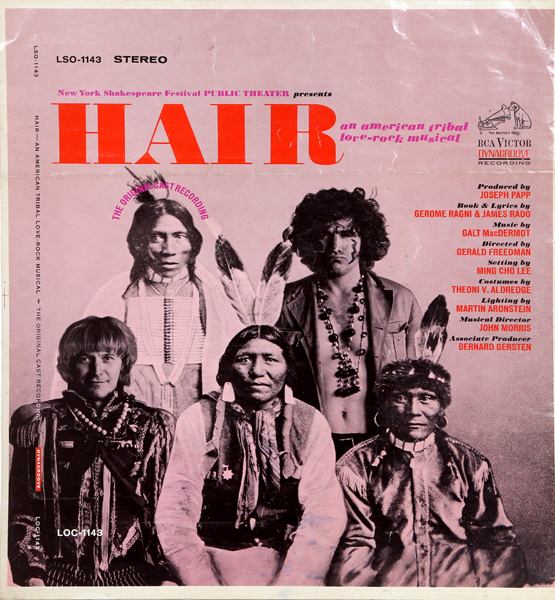 Allen returned to Broadway for a 1955 revival of Finian’s Rainbow. She was in the cast of the original off-Broadway production of Hair at Joseph Papp’s Public Theatre and also appeared in George M!

Jonelle was four years old, when she was cast in the revival Wisteria Trees (1956) starring Helen Hayes, Ossie Davis, Cliff Robertson at the City Center Theatre in New York. In the course of the play’s run, Ms. Hayes took Ms. Allen’s Aunt Bea aside and advised her, “Keep this child in the theatre, she has a natural gift.”

It wasn’t until some twenty years later at Sardi’s that Jonelle again saw Helen Hayes in person. Ms. Allen was in the spotlight at the famed theatrical hangout awaiting the first reviews following her opening night of the musical Two Gentlemen of Verona, in which she starred and Ms. Hayes had attended the performance. Rushing up to a great actress and assuming that she would not recognize her, Ms. Allen recounted the circumstances and what Ms. Hayes had said to her Aunt Bea years earlier. Ms. Hayes smiling simply said, “See…I was right.” 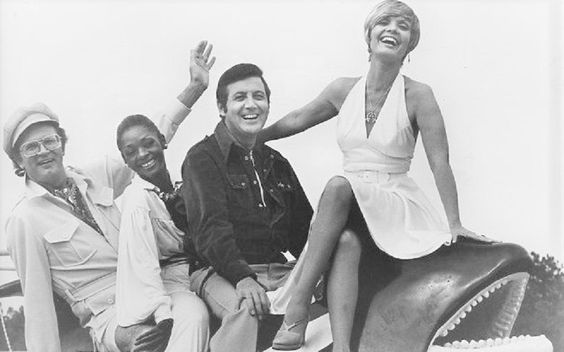 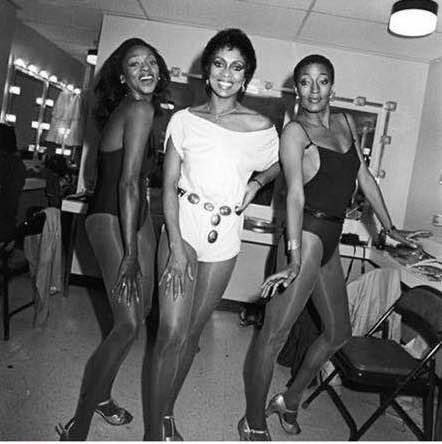 ” Lola Falana flanked by Jonelle Allen and Paula Kelly in 1984.”

“The late Brock Peters got us together
Lola played Ethel Waters when she (Waters) was known as “ Mama Stringbean”
Paula played Josephine Baker
And I played Florence Mills
Honi Coles, The Nicholas Brothers, were also in the show, along with other Tap Dance Legends
It was a stage show that Mr. Peters, Produced and Directed, in LA for the 1984 Summer Olympics.”