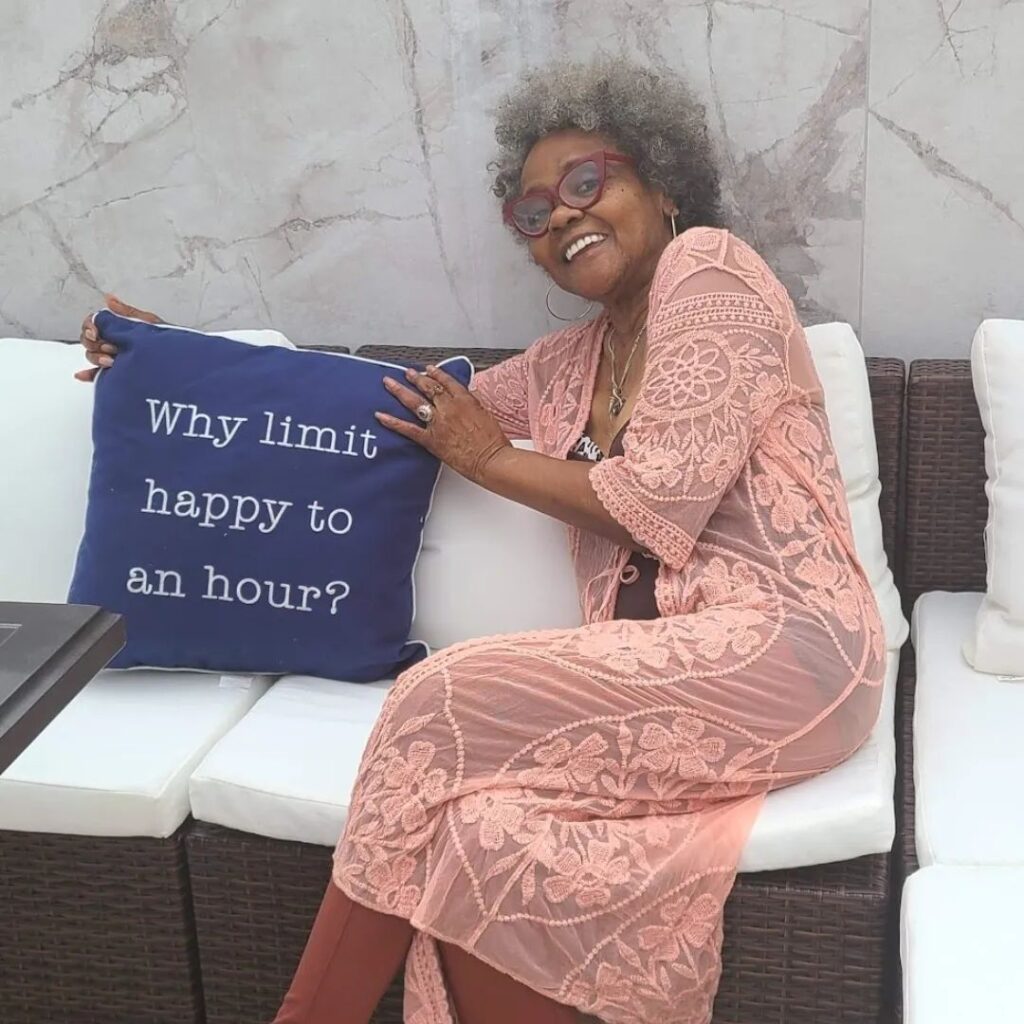 was born and lived in New Orleans, Louisiana. 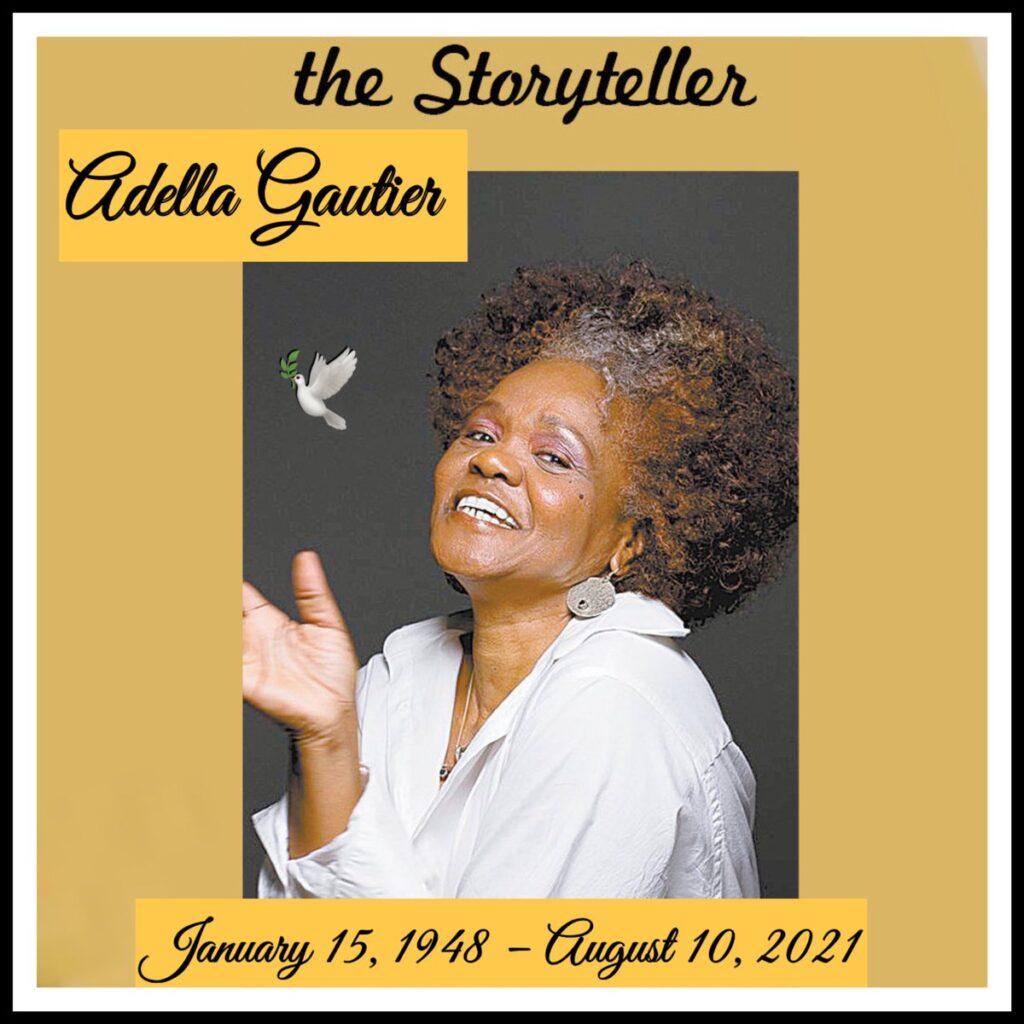 A native New Orleanian, Adelle, known affectionately to the family as “Tessie”, was born on January 15, 1948, to the late Julia Watson Gautier and John Gautier. She was a graduate of McDonogh #35 Senior High School, Class of 1965. Adelle earned a Bachelor of Arts degree from Dillard University in 1969.

From the Aegean Institute in Greece to Zuni Pueblo, NM she toured extensively regionally, nationally, and internationally sharing her energy-charged performance style with audiences of all ages.

“She commanded any space she was in and while her talents have taken her across the country and the world, she will always be a beloved New Orleans original who travels from schools to libraries and classrooms, making sure kids could experience the magic of Storytime.”

[ The Griots’ role has traditionally been to preserve the genealogies, historical narratives, and oral traditions of their people; praise songs are also part of the griot’s repertoire. – Wikipedia.org ]

“Her work is a wish for reflection on memory, memories and the magic “what if”.

A quest for empowerment, freedom.” Iforcolor.org 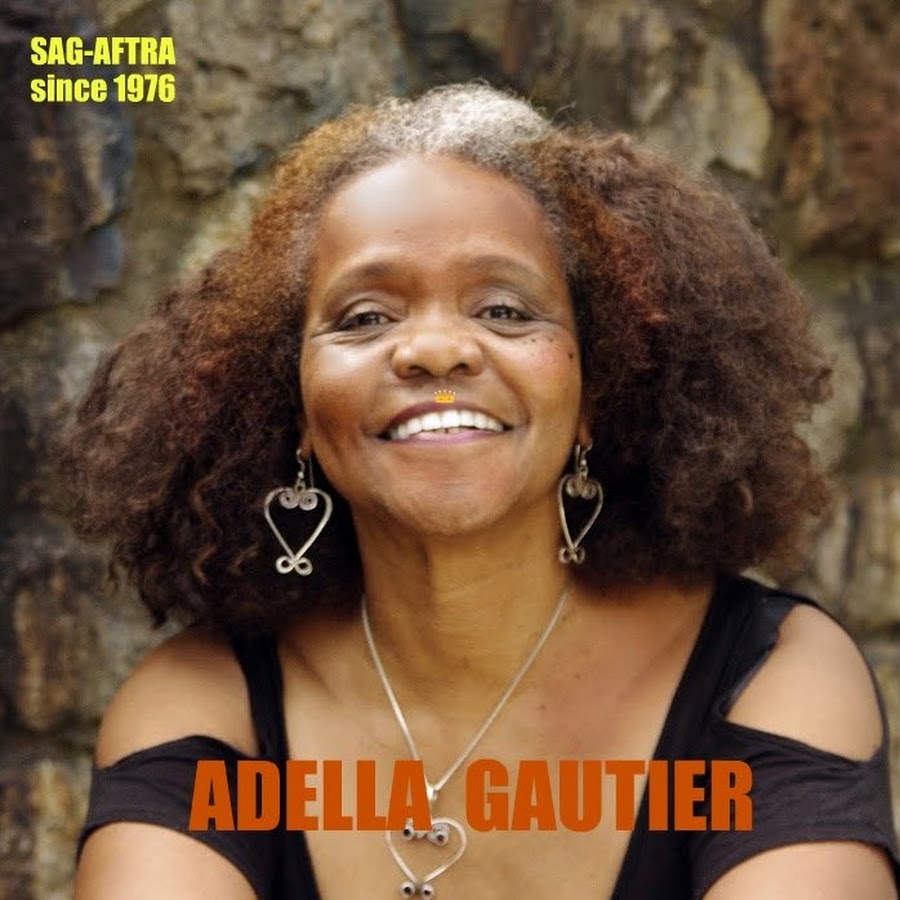 During a career that spanned a half-century, Gautier had leading roles in dozens of local stage productions. She also appeared in several major television shows and films. She is best known for a persona she created called “Adella Adella the Storyteller,” who performed West African folk tales for innumerable enthralled kids in Crescent City schools and at the New Orleans Jazz and Heritage Festival.

IN HER OWN WORDS…

“I work as a storyteller and I like to work a lot with young people and old people and with a combination of the young and the old – intergeneration work.

I think storytelling is important because, especially now, we’ve lost that human contact, the whole thing of TV. People no longer sit and talk the way they should. TV is there, families no longer sit at a table and have dinner and talk. You get your plate and sit in front of the television while you’re eating and there’s not a lot of conversation.

I think that through storytelling we can rebuild that much-needed human interaction that is missing within a family, within a community.

I also do storytelling to help the young people express themselves, to use it in a lot of folklore from their particular tradition, to get a sense of where people are in terms of ethnic groups. It’s like a return to the source.

“With the older people, it’s like they’re reflecting on where they’ve been. In bringing the old and the young together, it’s a way of merging the old with what is now – what has happened with what’s happening in the present. Like maybe one of the senior citizens may tell a story, or sing a song, or do a jump-rope rhyme that they did when they were young girls. And then we’ll have a kid saying “Well, we don’t jump rope anymore,” or “Oh yes, we do and this is what we say.” You can see how a particular jump-rope rhyme may still be here but infused with a lot of the modern aspects of life, like something to do with a Big Mac. An 80-year-old woman, when she was growing up, there wasn’t a Big Mac, so the references in their jump-rope rhymes are different. But the commonality of the jump-rope rhyme is a link.

I tell stories primarily from the African American tradition. In the ’70s, I lived in Boston and worked for an educational theatre company called City Stage Company. It was well known that there were lots of problems in the schools in Boston concerning desegregation. South Boston and the folk out there literally up in arms. What we started doing was trying to find the common aspects that people shared. We did that by dealing with the ethnic groups. We dealt with diversity by looking at the similarities. We started collecting stories from each of the ethnic groups represented in the class, and we realized that there were common threads in many of the stories. It was out of that diversity that there was unity. That’s when I first started getting involved with stories from particular ethnic groups and then going within my particular culture. Most of the stories that I have been working with over the past six years reflect the African and African American cultures. Many of them I’ve learned from other storytellers or from storytelling collections. Some I grew up with, like the Brer Rabbit stories.

Now there’s a shift in my storytelling, in terms of trying to perform some of my personal stories and finding the universal aspects of my personal stories. There are certain elements that I find that I, as a Black female experienced that have been shared by not only other Black females but by other females regardless of race. Or things as a child that I experienced that other children, regardless of who they are, or where they are, may have experienced also. So I’m working towards dealing with those stories. I’m thinking about when I was growing up I was known as Tessie. Nobody called me Adella or Adele which is my real name, they called me Tessie. I can remember when I stopped being Tessie and started being Adella and having people call me Adella and not Tessie. I want to put together some things that are called Tessie Jams which all deal with being this child and growing up in New Orleans, and how that contributed to who I am now.” – Adelle Gautier

by Andy Horton
Andy is an award-winning screenwriter and author of fifteen books on film, screenwriting, and culture.

“Know that you can”  –  Adelle Gautier 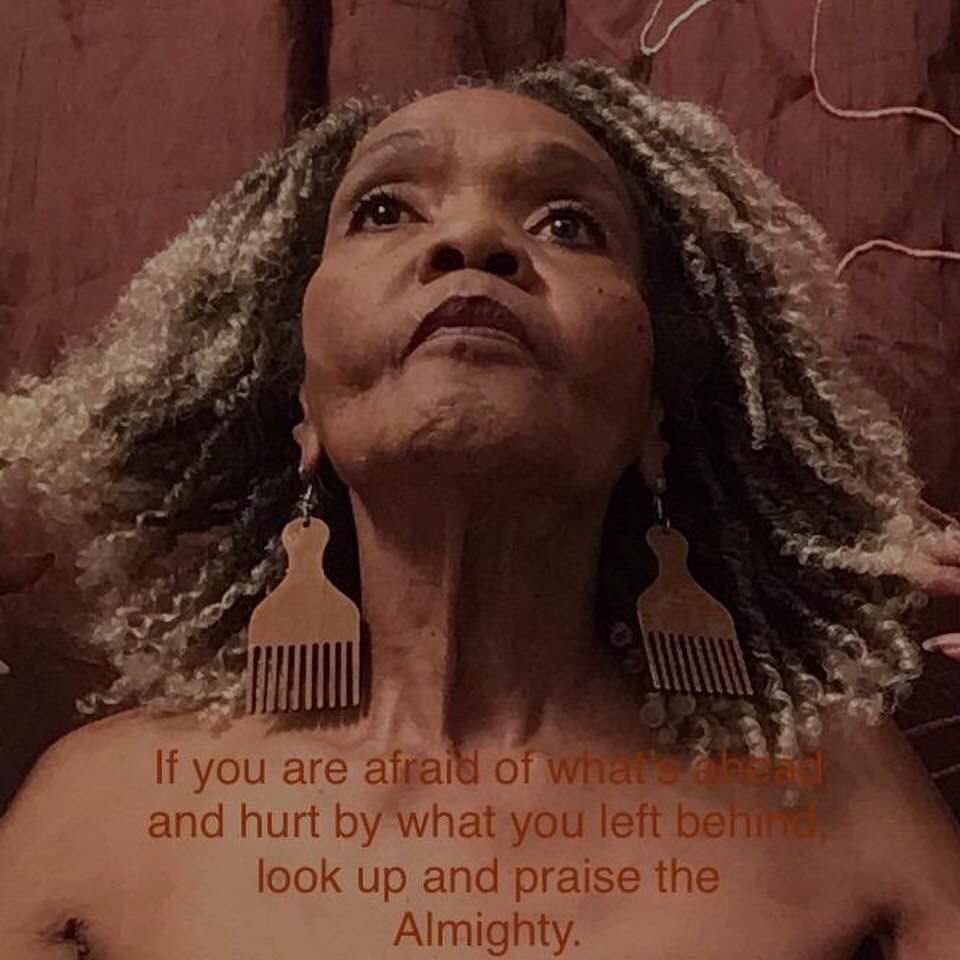