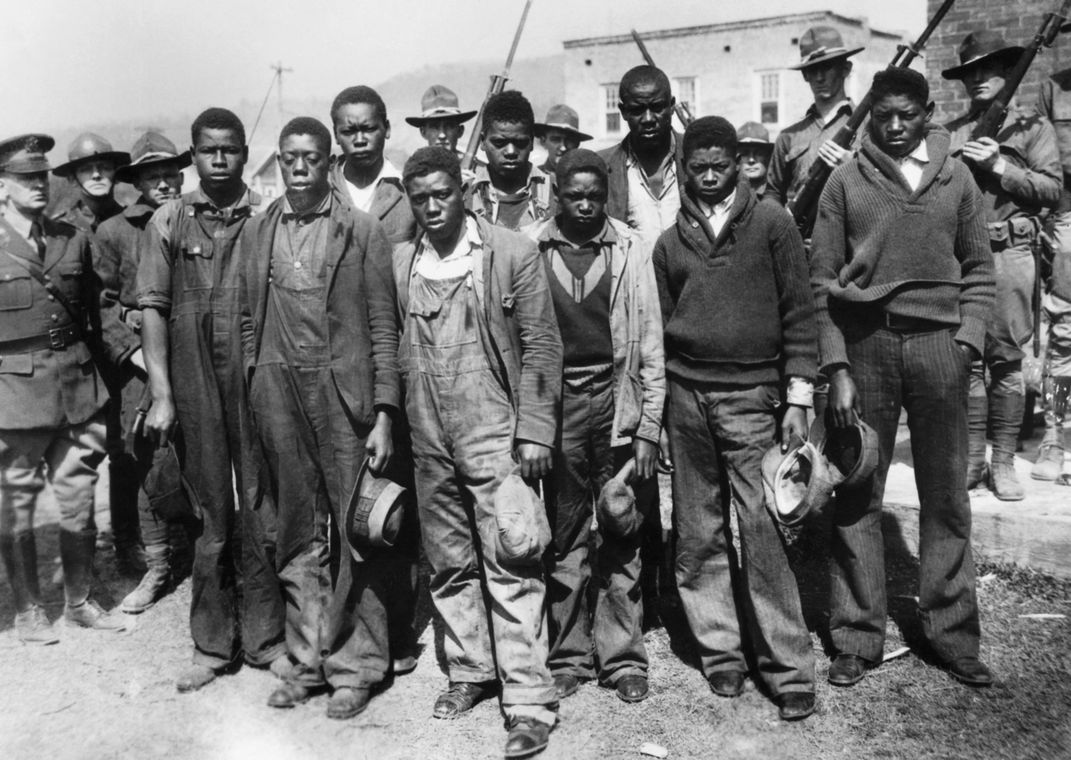 “No case has ever caused so much protest or outrage in the history of the United States.” 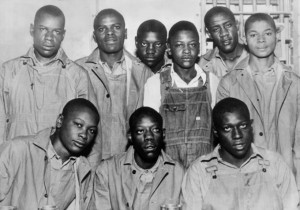 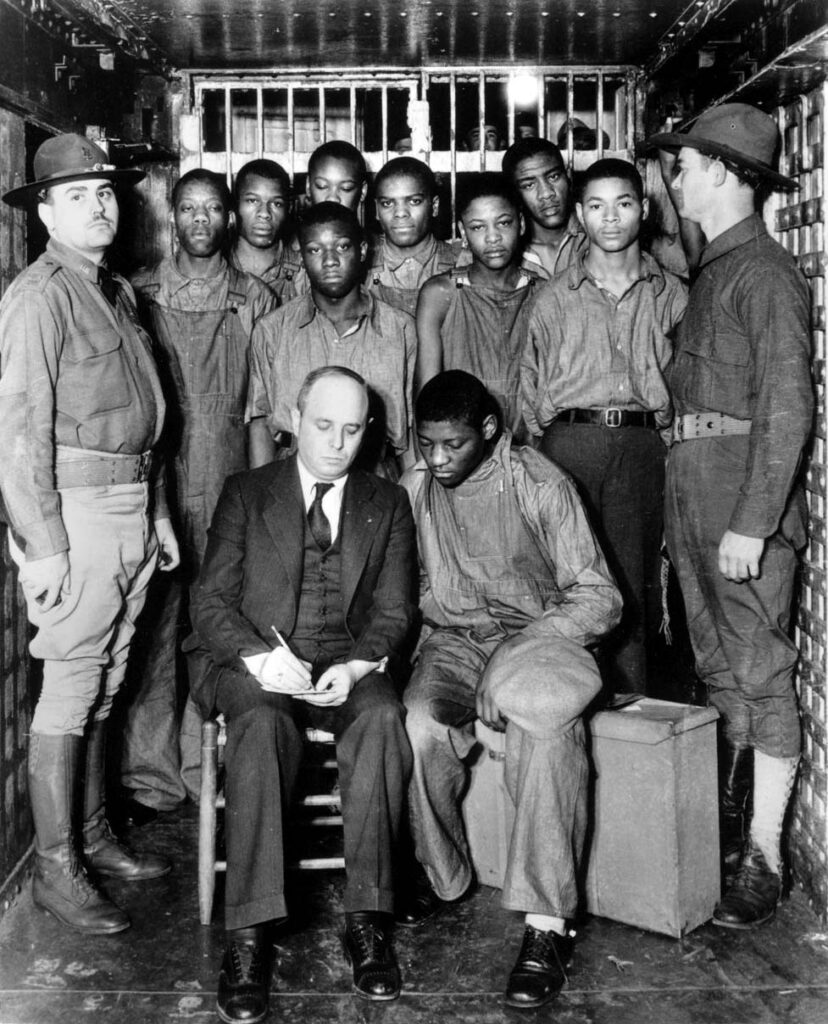 Samuel Leibowitz- The Main Defense Attorney for the boys, was a New York criminal attorney who had secured a record of 77 acquittals and one hung jury in 78 murder trials. 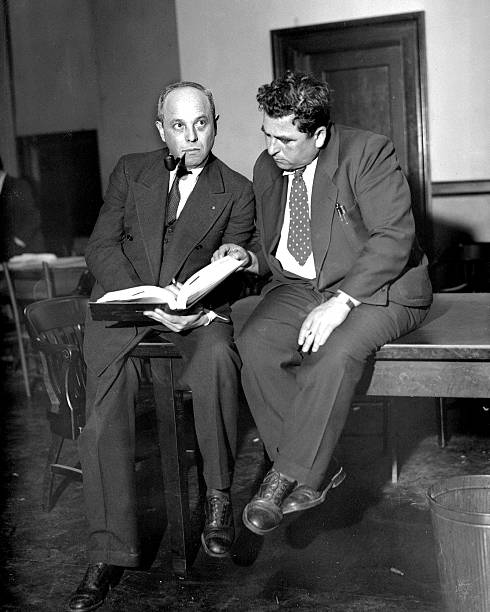 “The Scottsboro Boys were nine young Black men, falsely accused of raping two White women on board a train near Scottsboro, Alabama in 1931. Convicted and facing execution, the case of Charlie Weems, Ozie Powell, Clarence Norris, Olen Montgomery, Willie Roberson, Haywood Patterson, Eugene Williams, and Andrew and Leroy Wright sparked international demonstrations and succeeded in both highlighting the racism of the American legal system and in overturning the conviction.
[ ” A good number of Black and White people participated in hobo-ing (stealing rides aboard trains) as a means of travel to find work or make a new home. ” ]

On March 25, 1931, nine unemployed young Black men, illegally riding the rails and looking for work, were taken off a freight train at Scottsboro, Alabama, and held on a minor charge. The Scottsboro deputies found two White women, Ruby Bates and Victoria Price, and pressured them into accusing the nine youths of raping them on board the train. The charge of raping White women was an explosive accusation, and within two weeks the Scottsboro Boys were convicted and eight sentenced to death, the youngest, Leroy Wright at age 13, to life imprisonment.

The American Communist Party (CP), in this period at the height of its organizing focus in the American South against racism and economic exploitation, immediately took the case on, and largely through activist efforts, sparked a mass defense movement. The CP brought in their legal arm, the International Labor Defense (ILD) to represent the nine. After two trials in which an all-White jury, fueled by a biased Alabama press, convicted the nine, the ILD and the CP began a national protest campaign to overturn the conviction, marked by numerous street marches, national and international speaking tours, and popular songs. Because of their principled leadership in the campaign, the CP gained widespread respect among African Americans and civil rights activists. When they traveled to Washington, D.C. to demonstrate, the CP stopped at segregated restaurants to stage sit-ins against discrimination, helping to turn the campaign into a trial of the system of segregation and racism in America, presaging the sit-in tactics of the 1960s civil rights movement.

Although initially hostile to the Communists and wary of being involved in the touchy issue of Black men raping White women, the National Association for the Advancement of Colored People (NAACP) ultimately joined with the CP and other civil rights organizations to form the Scottsboro Defense Committee. Eventually, one of the White women, Ruby Bates, came forward to repudiate her testimony, acknowledging that she and Price had been pressured into falsely accusing the Scottsboro Boys, and she became part of the campaign to save their lives.

The case went to the United States Supreme Court in 1937, and the lives of the nine were saved, though it was almost 20 years before the last defendant was freed from prison. The trial of the Scottsboro Boys is perhaps one of the proudest moments of American radicalism, in which a mass movement of Blacks and Whites—led by Communists and radicals—successfully beat the Jim Crow legal system.” 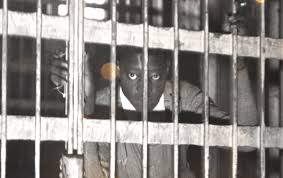 “The boys learned to read and write in prison. Charlie Weems was often hungry and began losing weight. Roberson suffered from asthma. ”This steel and concrete just kills me,” he wrote. ”No outlet, no exercise, no window in front of cell; some nights I just can’t get my breath.”

”I just rather they give me the electric chair and be dead out of my misery,”

he wrote, ”because I sure don’t want no time for something I haven’t did.”

The Scottsboro Boys were a group of nine Black teenagers accused of rape in the 1930s South. The blatant injustice handed to them during their trial lead to several legal reforms. Watch as Emory’s Associate Professor of African American Studies, Carol Anderson, discusses what happened to these boys both during and after their trial. 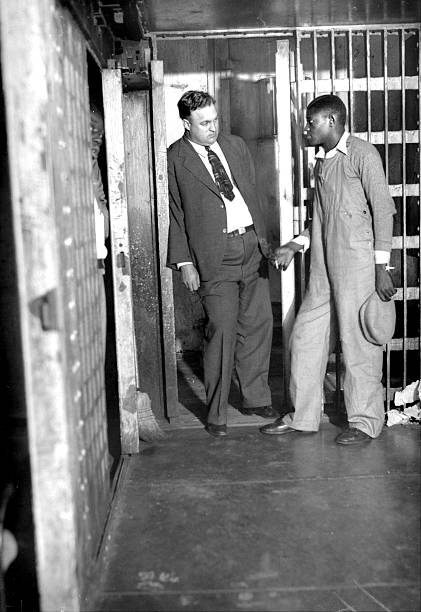 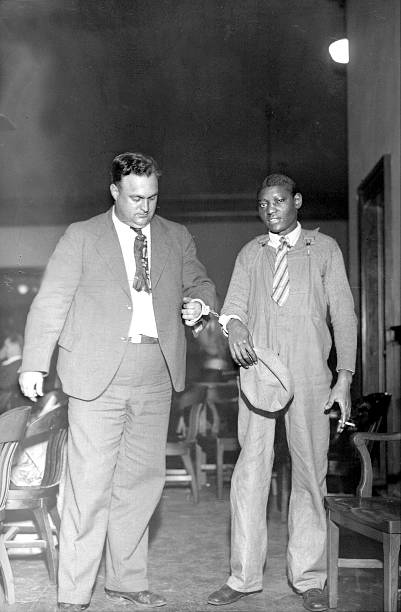 UNITED STATES – APRIL 02: Scottsboro Case – Haywood Patterson leaving courtroom handcuffed to Sheriff Davis. Haywood Paterson leaves the courtroom in Decatur, Alabama, after the jury was selected. Patterson is the first of defendants who’ll be retired. The trial of the first of the seven defendants in the case will open today. The judge has warned people in town to do nothing to impede the course of justice. (Photo by NY Daily News Archive via Getty Images)