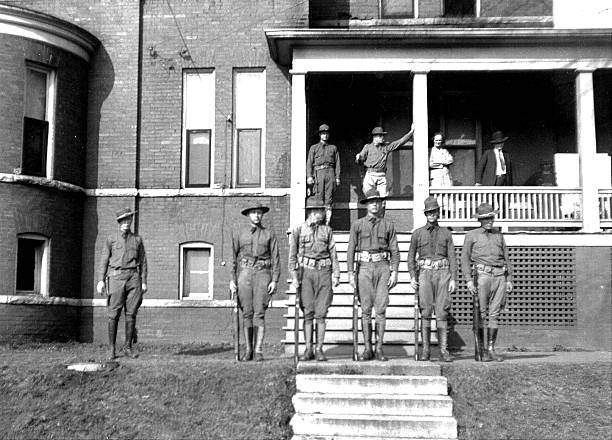 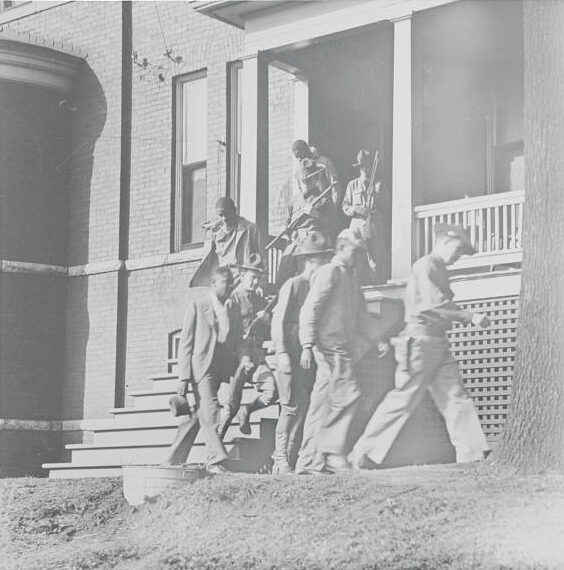 (Original Caption) Scottsboro Case “Victim” Swears Frame-Up. The courtroom was suddenly and dramatically surprised in Decatur, Alabama, during the trial of the famous, “Scottsboro Case”, when Ruby Bates, missing “victim” of the seven Negroes, was placed on the stand where she testified she had not been by any of the colored youths, and that to the best of her knowledge, Victoria Price, the other “victim”, had not been assaulted either. This photo shows the Negroes, under heavy guard, being brought from jail to court for the session. 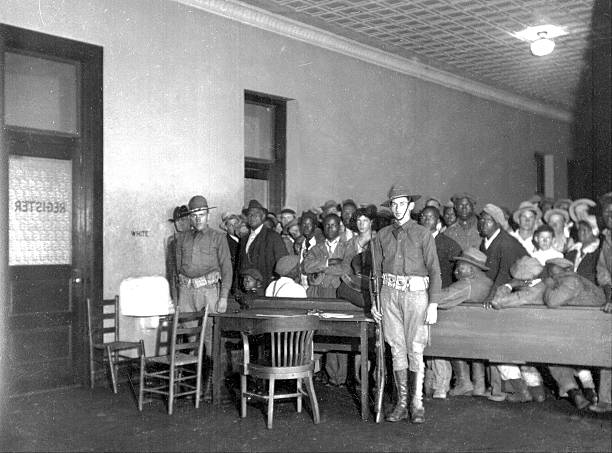 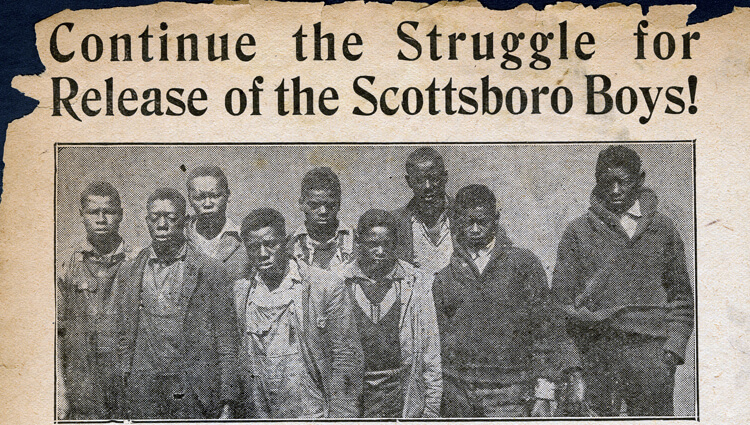 Judge James Horton-judge that is seen through most of the case, but it put off by the Alabama Supreme Court when he suspends the death sentence for Haywood Patterson and calls for a new trial. He lost re-election the next year, but said in Latin a phrase that translates to this in English “Let justice be done though the heavens may fall.”

-It was formed in 1925, and in 1946 merged with the National Federation for Constitutional Liberties to form the Civil Rights Congress.

-National Association for the Advancement of Colored People (NAACP)-

-The mission of the National Association for the Advancement of Colored People is to ensure the political, educational, social, and economic equality of rights of all persons and to eliminate race-based discrimination.

March 26: A lynch mob of over one hundred people gathers around Scottsboro’s Jail, the National Guard is called by Alabama’s Governor, B.M. Miller.

March 30: All-white jury indicts the “Scottsboro Boys” of rape. The boys are not allowed contact with friends or family and do not get to consult an attorney. The boys’ plea “not guilty.”

April-December: NAACP and International Labor Defense (ILD) fight over who will handle the appeal, the boys choose ILD

November 7: Powell vs. Alabama, U.S. Supreme Court reverses convictions, on the behalf that the defendants were not allowed the right to counsel; this also violated their right to due process granted to them by the 14th Amendment.

May 7: March on Washington D.C. to protest the Scottsboro Trials

January: A New York Lawyer Samuel S. Leibowitz is called in by ILD to handle the case

February 15: Leibowitz argues to the U.S. Supreme Court that black citizens were excluded from the jury.

April 1: U.S. Supreme Court finds that under the 14 Amendment that excluding Blacks from the jury violates equal protection under the law; the Norris and Patterson cases are overturned.

January 23: Haywood Patterson was convicted for the fourth time of the rape, but instead of getting the death penalty he is given 75 years; this is the first time in the History of Alabama that a Black person has not been given the death penalty for the rape of white women.

January 24: Ozie Powell attacks police while being transported, is shot in the head, but lives; mentality challenged for the rest of his life.

October 26: The Patterson and Norris conviction are refused to be reviewed by the U.S. Supreme Court

August-November: Four remaining boys are not paroled by Governor Grieves because they upset him

Haywood Patterson is involved in a barroom fight ending with the death of another man, he is charged with murder.

Patterson is convicted of manslaughter and is sentenced to 6 to 15 years, but he dies of cancer almost a year later.