Eugene appeared as Bill Bray in the miniseries, The Jackson’s:  An American Dream and he is Willie Mays in The O J Simpson Story.  Eugene is recurring as Coroner Hud Sanders in the series, The District, and had guest-star turns on Quantum Leap, Profiler, NYPD Blue, The New Alfred Hitchcock Presents, Amazing Stories, Wild Palms, The Invaders, The Flash, Touched By An Angel, Silk Stalkings, Santa Barbara, Frasier, Becker, City of Angels, Martin, Simon and Simon, Murphy Brown, Without a Trace, Philly, Hooperman and Any Day Now to note a few. 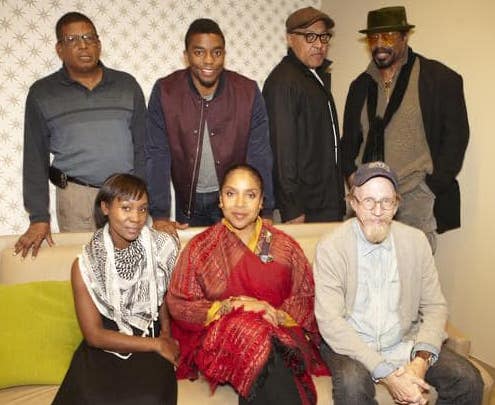 The Greene Space August Wilson’s Gem of the Ocean

Some of his feature credits include Menace to Society, Lackawanna Blues, Coach Carter, Proud as Secretary of the Navy in the Clinton Administration in this film about Black sailors, and their contributions to the World War II efforts in the Atlantic.  He brings to life a bad cop in Robert Townsend’s, Black Listed and embodies the title role in the independent feature film, Wolf which was shot in San Antonio by Texas Black filmmaker Yake Smith and has garnered critical acclaim and numerous awards at Independent Film Festivals across the country in 2012.  The film also stars Irma P. Hall and is a compelling look at a family when they learn their teenage son has been abused by their minister. 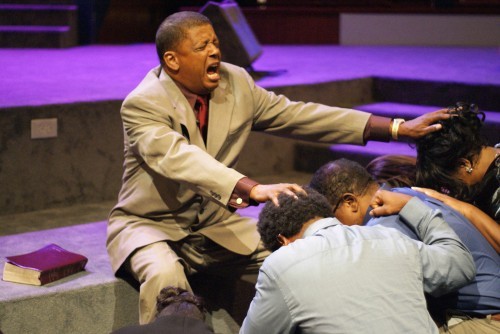 On stage in LA, he trod the boards of the Mark Taper Forum in their multicultural Richard II with Kelsey Grammar, in multiple roles as part of the ensemble cast of Robert Schenken’s “Lewis and Clark Reach the Euphrates” and August Wilson’s Radio Golf.

He left LA to work with director Kenny Leon in productions of August Wilson’s, The Piano Lesson at San Jose Rep and with the playwright on hand for the development of Gem of the Ocean at Boston’s Huntington Theatre and on to the Broadway production of that play and also in productions of August Wilson’s Fences, the first production for Kenny Leon’s True Colors Theatre Company (His performance as Troy was recognized by critics as the best in Atlanta for that season) and Radio golf at the Huntington in Boston.  Another highlight of his stage career is his designation as a Wilsonian Soldier for his work in five of the ten plays by August Wilson presented in the Century of Plays cycle at the Kennedy Center in Washington, D.C. 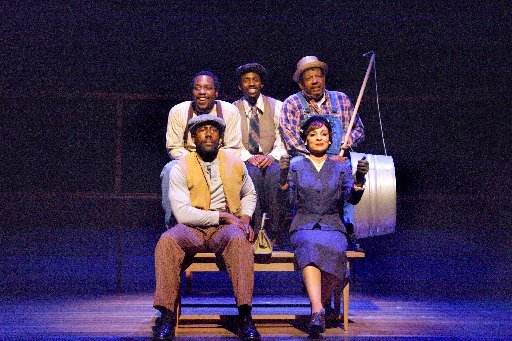 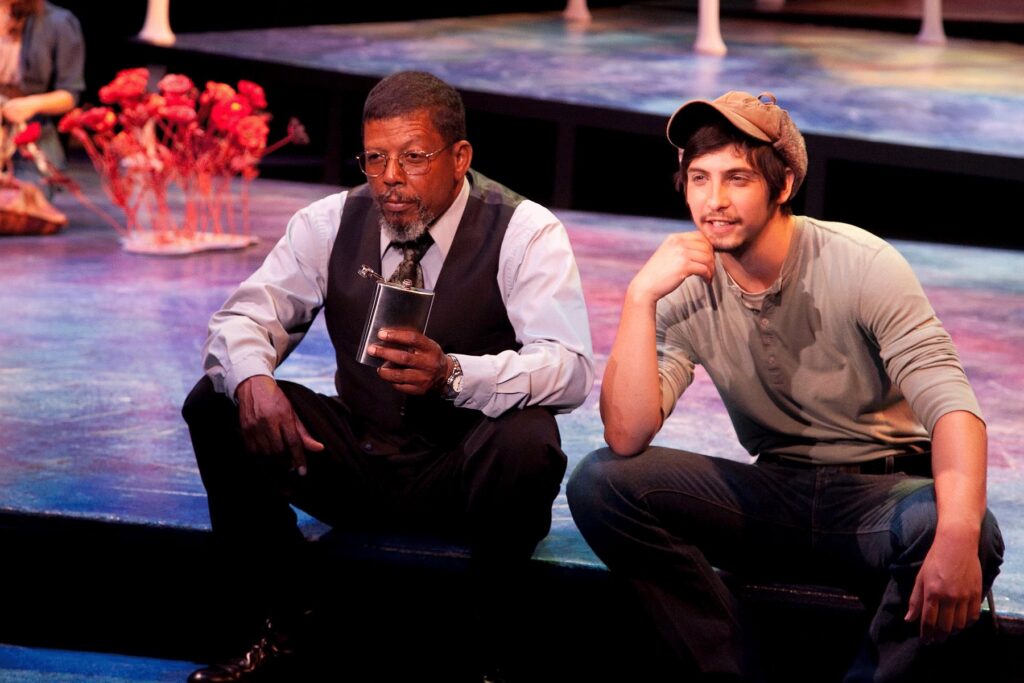 “As You Like It” Eugene Lee and with Oscar A. L. Cabrera

Eugene also had the good fortune to work in over two hundred films and television episodes using only his voice with a Loop Group doing ADR (automated dialogue replacement).  His skills with languages, mimicry, and dialects, and character voicing kept him busy when he wasn’t doing other things like writing new plays and writing for episodic series like Homicide:  Life on the Streets, The Journey of Allan Strange, Turks, and to name a few.  He also developed a dozen or so scripts (adapted from novels and articles) as a writer for hire for producers and “polishing” screenplays for other writers and producers.

His play East Texas Hot Links,  first mounted at Hollywood’s Met Theatre, was well received and had critical acclaim enough and was in time done in London at the Royal Court and Washington, DC’s Arena Stage and a definitive production at George C. Wolfe’s New York Shakespeare Festival in a production that featured Loretta Devine, Ruben Santiago-Hudson and veteran Earl Hyman.   That production won the coveted “Audelco” Award for Best new play of that year.  East Texas Hot Links, was nominated for a Pulitzer and is published by Samuel French play publishers, and productions are realized annually at theatre companies across the country. 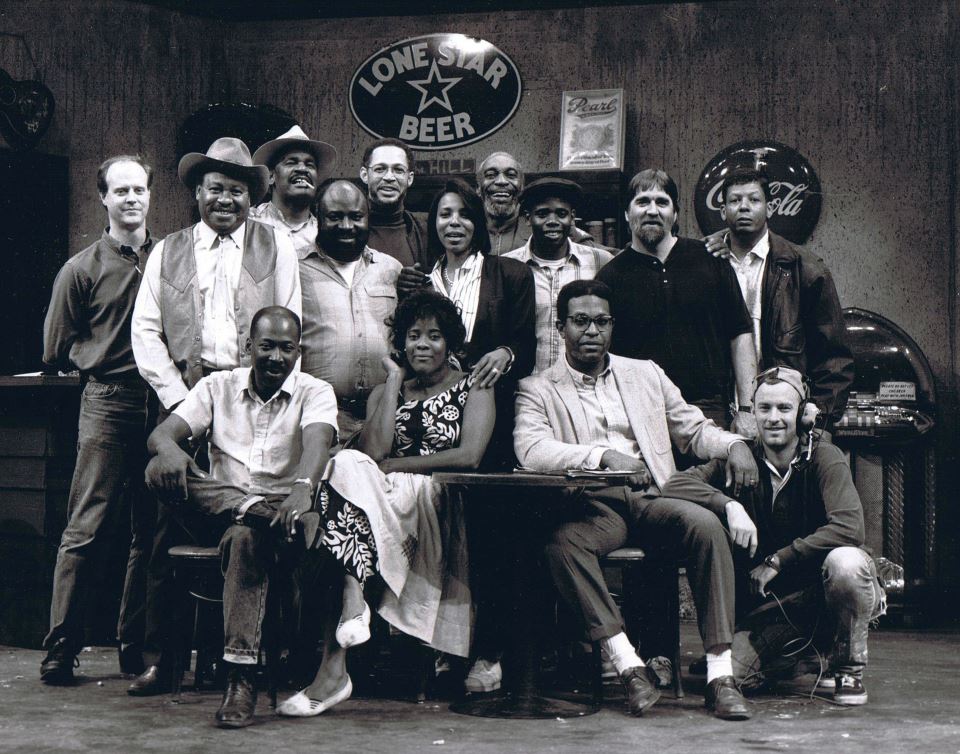 Eugene also has been commissioned to write plays.  Somebody Called a tale of two preachers was commissioned by George C. Wolfe and the New York Shakespeare Company.  His play, Stones in My Passway, about the life and myth of (and with the music of) bluesman Robert Johnson was commissioned by actor Joe Morton and some New York producers, and Eugene wrote the original book for Landmark Entertainment Group’s development of a Broadway musical sized Black adaptation of the classic Oliver Twist titled Twist which takes place in New Orleans in the 1930s with a racially mixed cast.