PLAYBOY OF THE WEST INDIES 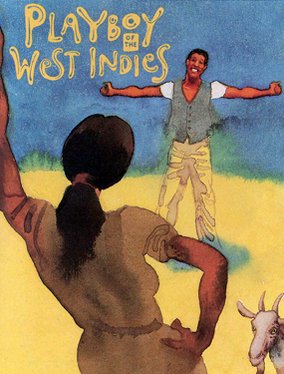 APRIL 14 – JULY 25, 1993
PLAYBOY OF THE WEST INDIES
BY Mustapha Matura
DIRECTED BY Gerald Gutierrez
Newhouse Theater
Mustapha Matura’s charming, ironic and very funny PLAYBOY OF THE WEST INDIES is not so much an adaptation of J.M. Synge’s famous 1912 work, The Playboy of the Western World, as it is an effortless translation of one play into another, one setting into another, and most important, one culture into another. Matura takes Synge’s brooding, rocky town of Mayo, Ireland with its brogue-speaking residents and remakes the story, setting it in Mayaro, Trinidad—in 1950, before the island’s independence—where the people speak English spiced with a Creole dialect. Vivid imagery and beauty of language are notable in both works, and both are what you might call folk tales or cautionary fables. Matura’s version chronicles the villagers of Mayaro, a tiny, isolated spot, still untouched by the outside world. When a handsome stranger shows up, claiming to have killed his oppressive father, he soon captivates everyone with his fine stories and wins the heats of all the local women. He is the Playboy of the West Indies—until his father arrives (not dead, after all) and reveals his son to be a liar and a braggart. The villagers turn on the young man as quickly as they moved to embrace him. Besides revealing the antics, rivalries, and superstitions of small-town life, Matura (like Synge) has a lot to say about violence and a crowd’s ability to turn on someone. Indeed, in reading the play, one is stuck by its parallels to modern life. Today, we are so quick to believe what we read and hear about our heroes, our leaders, that we raise them up and tear them down with equal abandon. 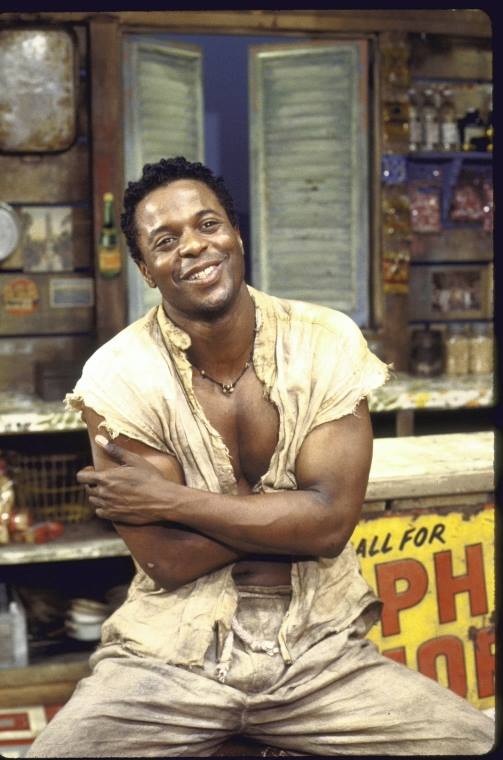 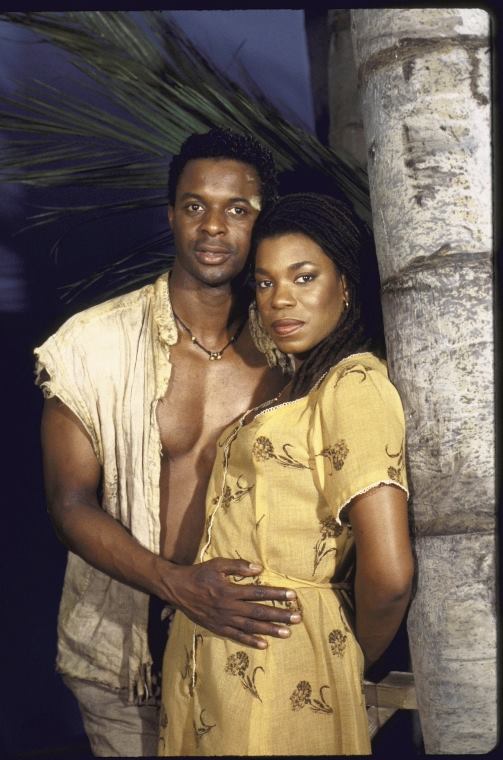 Lorraine Toussaint and Victor Love in PLAYBOY OF THE WEST INDIES 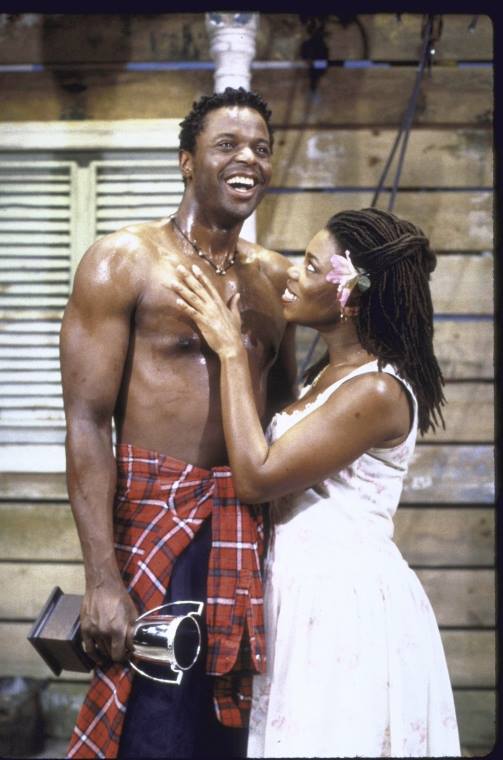 Victor Love & Lorraine Toussaint in a scene from the Lincoln Center Theatre production of the play “Playboy Of The West Indies.”        (photo – Martha Swope) 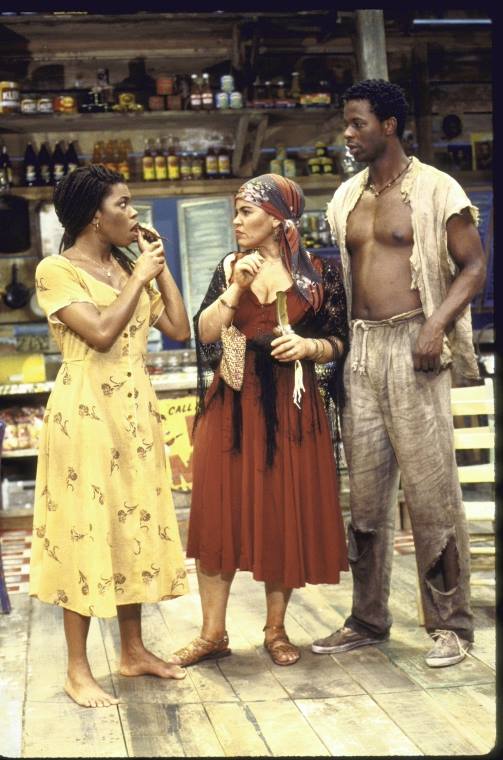 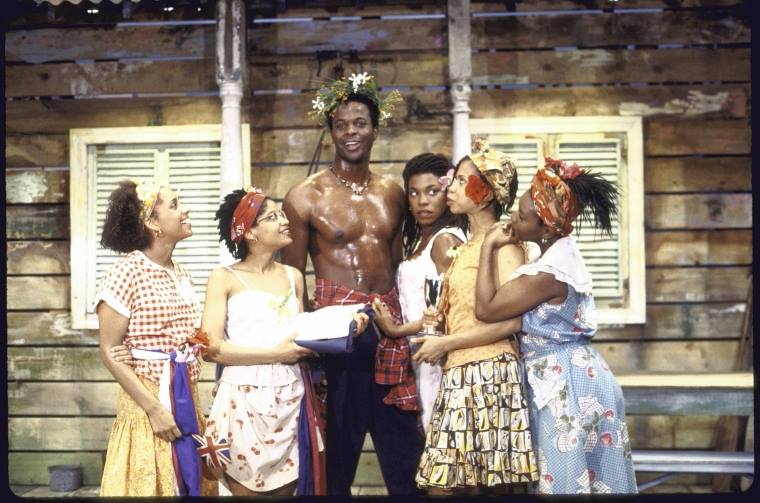 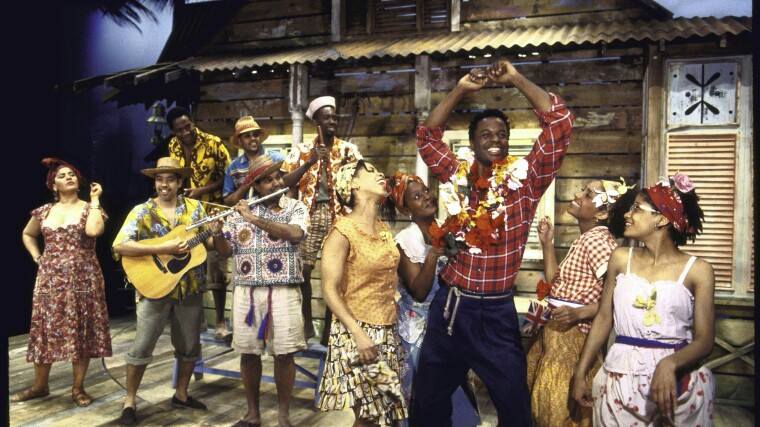