He studied with Bill Esper. He went on to do several regional productions: the Arena Stage, Baltimore’s Center Stage, Shakespeare and Company, The Cleveland Playhouse, The Long Wharf, The Walnut Street Theater, Utah, Shakespeare, Williamstown, The Kennedy Center, Lincoln Center and eventually on Broadway in A Few Good Men. He has played a repertoire of characters, such as Othello, Macbeth, Brutus, Caliban, and more than twenty other classical roles. He was playing the role of  Othello at the Cleveland Playhouse when he got the news that he was going to portray Bigger Thomas in the star-studded film version of Richard Wright’s Native Son, which featured Matt Dillion, Elizabeth McGovern, Geraldine Page, and Oprah Winfrey. OTHELLO at the Shakespeare Tavern with Jennifer Alice Acker  (2013).

The Return of Desperado Victor Love as Nathaniel Pickett in The Return of Desperado (1988). Desperado is a series of five Western TV movies starring Alex McArthur as the honest cowboy, Duell McCall, beginning with the 1987 installment also titled Desperado and directed by Virgil W. Vogel. The second film centered on McCall dealing with “a crooked sheriff committing crimes and blaming others.”

HEAVEN IS A PLAYGROUND Heaven Is a Playground is a 1991 film based on Rick Telander’s book of the same name. It was written and directed by Randall Fried, and stars Michael Warren, D.B. Sweeney, Victor Love, Bo Kimble, Richard Jordan, and Janet Julian. Telander himself has a cameo appearance in the movie. The film was released on October 4, 1991, by New Line Cinema. 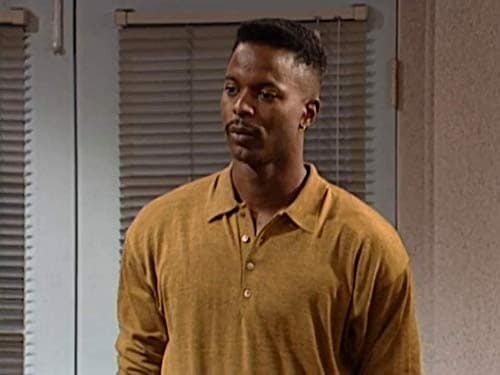 Native Son (1986)  December 1986 (USA) Native Son.   In 1940s Chicago, a young Black man takes a job as a chauffeur to a white family, which takes a turn for the worse when he accidentally kills the teenage daughter of the couple and then tries to cover it up. Director: Jerrold Freedman Writers: Richard Wesley, Richard Wright (novel) Stars: Victor Love, Matt Dillon, Elizabeth McGovern “Previously filmed in Argentina in 1951, black author Richard Wright‘s powerful race-conscious novel Native Son was remade in this barely released 1986 version. The story involves Bigger Thomas (Victor Love), an angry Depression-era Chicago black who hopes to elevate himself through his chauffeur’s job with a prosperous white Gold Coast family. The family’s daughter (Elizabeth McGovern) takes advantage of Bigger’s servile status by ordering him to drive her to a rendezvous with her communist-activist lover (Matt Dillon). Their “parlor liberal” attitude both pleases and confuses Bigger, as do the girl’s apparent sexual advances toward him. One evening, Bigger drives the girl home after she’s gotten herself drunk. She flirts harmlessly with him in her bedroom; when her blind mother (Carroll Baker) stumbles onto the scene, the terrified Bigger, certain that he’ll be accused of rape, tries to muffle the girl so she can’t talk. He accidentally kills her, whereupon the panicky Bigger hides the body and tries to pin the girl’s “kidnapping” on her lover. Tragedy piles upon tragedy before Bigger’s climactic murder trial and execution; throughout, we are given the impression that this sorry state of affairs would never have taken place without the black-white tensions and divisiveness that existed in 1930s, and which still exist to this day. During the trial scene, TV talk host Oprah Winfrey makes a heavily-made-up cameo appearance as Bigger’s mother. The whole scene has the earmarks of an “Oscar clip,” but Oprah‘s excessive histrionics pale in comparison to her brilliant, well-modulated performance in the earlier The Color Purple. The 1986 version of Native Son was co-produced by PBS’ American Playhouse.” ~ Hal Erickson, Rovi

The film Native Son allowed Victor to meet Oprah Winfrey, James Baldwin, Andy Warhol, Nell Carter and other people who are or have since become legends. 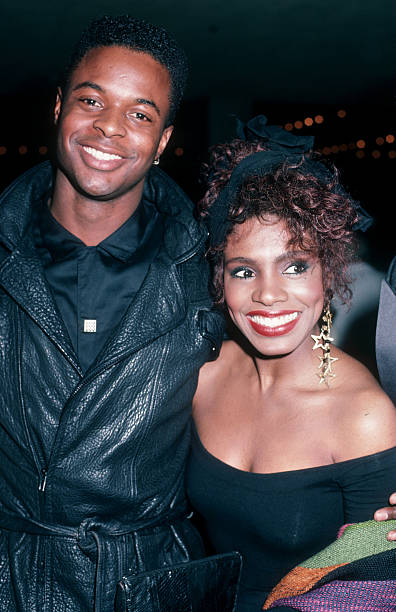