In 1971, the DC Black Repertory Company became Washington’s premier Black cultural institution.  In those days of infancy, the company, popularly known as “the Rep” struggled to institutionalize Black theater in the nation’s capital. It would meet the success in its efforts to create a theatre-going population among Washington’s Black residents. Photo from “Day of Absence” by Oggi Oburn. 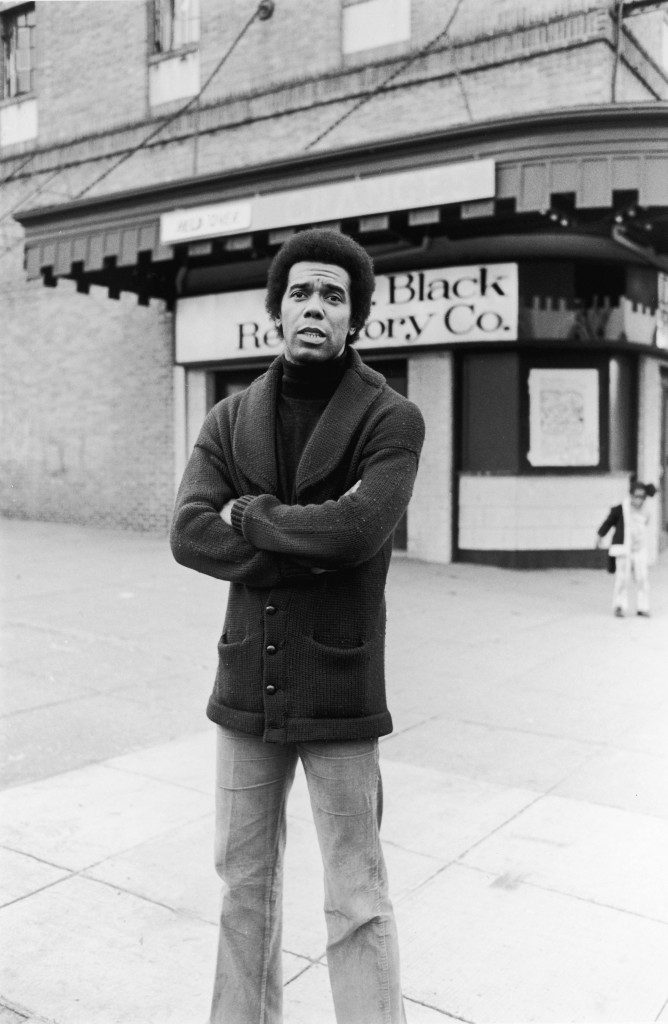 A SALUTE TO CONGRESSIONAL DEMOCRATS After the assassination of Dr. Martin Luther King Jr., I was moved to create my third Black cultural institution, The DC Black Repertory Company in my hometown of Washington DC. I was 31 years old and celebrating healthy and busy acting and producing career. It was the turn of the seventies and America was in the middle of a burgeoning civil rights movement! Although there were enormous love and assistance from DC’s dedicated citizenry- and especially my amazing family living there- it was indeed a rough personal undertaking. However, those times were made much easier with the solid support and political backing of courageous Democrats in the U.S. Congress, who assisted me in cultivating a proud Black ‘arts aware’ community, and in creating the local theatrical and professional training success of our historic Black theatre company. Democrats were there for me when Republicans weren’t, and that showed me a lot politically. Thanks to the Democrats in Congress, welcoming me back home to DC, and helping me share Black culture with DC’s communities! 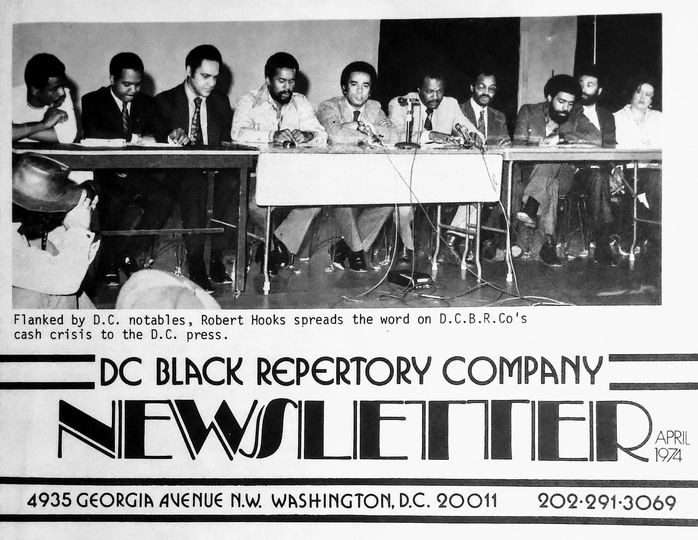 They’d assassinated Martin and the country was in utter turmoil! My hometown of Washington DC was literally burning down, and I had made plans to do something to help heal our city. I took leave from our very successful NEC and moved back home to build my third major theatre company and cultural training institution in the ’60s. The DC Black Repertory Company. Unlike the NEC beginnings in NY, the DC grants to help build were not forthcoming, so we had to do serious fundraising, and fast!. Below is the morning of our first fundraising press conference. With assistance from some of DC’s great supporters!…L to R- (Singer) Carl Anderson, (Congressman) Walter Fauntroy, (Secretary of the Army) Clifford Alexander, ( Founder) Me, (Political Consultant) Jim Gibson, (DC Mayor) Marion Barry, (NIH Architect) Jimmy Hooks, (Board &Staff member) Darrell Sabbs, (Board & Staff member) Bob Daughtry and (theatre administrator) Carolyn Smith. The first press conference was able to kick off a very successful fundraising campaign for our brand new and vital community cultural institution, The DC Black Repertory Company! 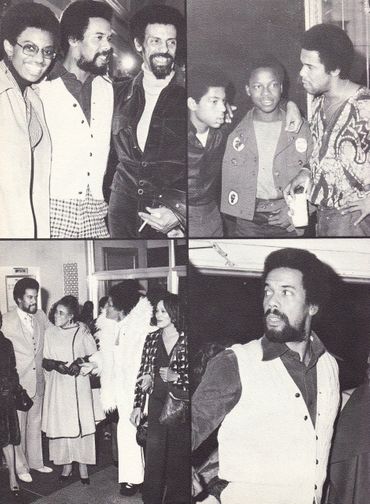 In 1971, the DC Black Repertory Company became Washington’s premier Black cultural institution. In those days of infancy, the company, popularly known as “the Rep” struggled to institutionalize Black theater in the nation’s capital. It would meet the success in its efforts to create a theatre-going population among Washington’s Black residents. 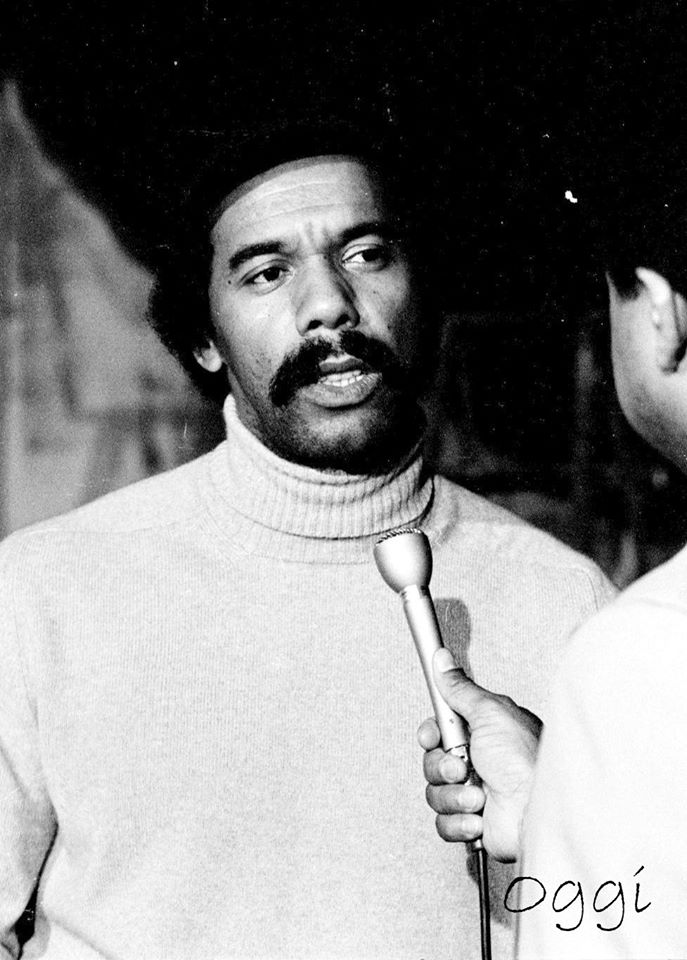 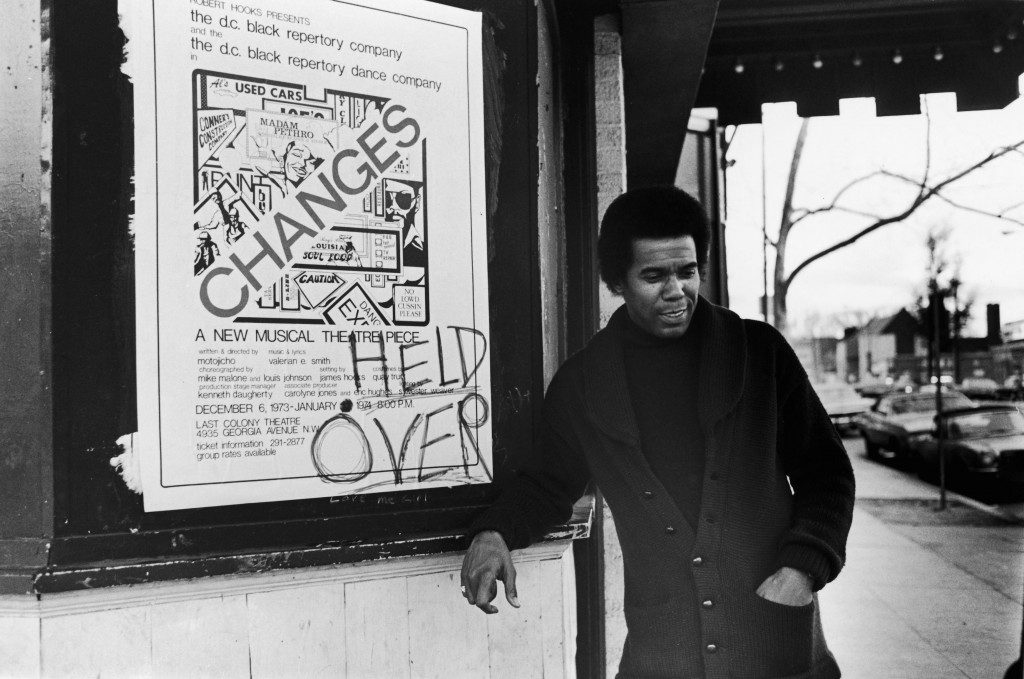 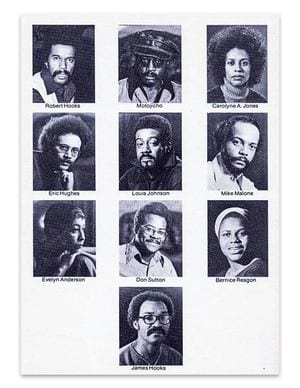 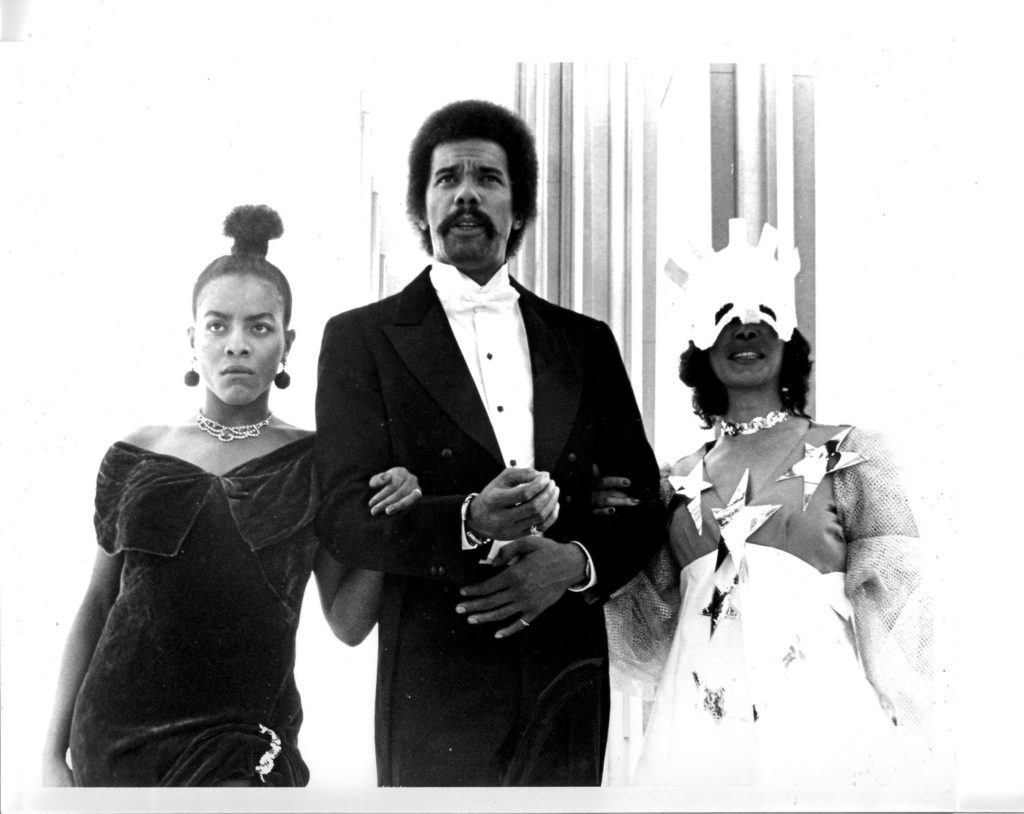 Janifer Baker, Dee Porter, and me from Jean Genet’s classic play “The Blacks”, a DC Black Repertory Company production at the Kennedy Center for the Performing Arts.
The DC Black Repertory Company, my third Black theatre institution, had just finished its first season to big success, when Roger Stevens of the Kennedy Center for the Performing Arts (a friend from my Broadway days) called and invited me and the Rep to mount a production, any production, for a three week run at the famed Kennedy Center, with me directing. Just so happened, I had been preparing an exciting new stage concept – adding a gospel choir as a Greek chorus – for Jean Genet’s “The Blacks” (which I had performed in the original New York production). So I gladly accepted Roger’s fortuitously timed invite. The production was huge! And happily, I didn’t have to worry about the budget. It was all on the Kennedy Center. Washington theatre-goers were blown away by this brand new Black theatre and it’s an amazing talent! It was a great and wonderfully received run and served to announce the DC Black Repertory Company to the larger DC theatre audience. (One of Roger’s stipulations was that I appear in the production.)It was the first (and only) time I actually performed with my young theatre company. We were the first Black theatre company to ever perform at and co-produce with the legendary Kennedy Center. It was a memorable run and a fabulous experience for our young theatre company. Bravo DCBRC! 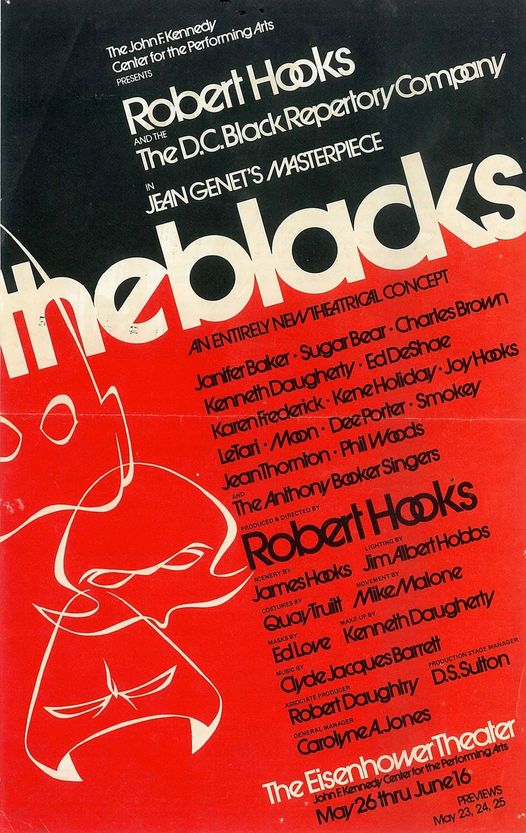 More Black Theatre History: It’s 1971 and my brand new DC Black Repertory Company makes a stunning appearance at The John F. Kennedy Center for the Performing Arts in an innovative re-imagining of Jean Genet’s “The Blacks” which I directed, adding a gospel choir of almost 100 voices to the already ground-breaking and ultra-theatrical play. (And although I always was apt to decline to perform in any of the NEC or DCBRC plays I produced, I was prevailed upon – because I had a measure of celebrity – to reprise the lead role I had performed in the original New York production.) A precious memory of this production was that my beloved, now-deceased brother James W. Hooks (Jimmy)-an accomplished architect – did the astonishing sets. 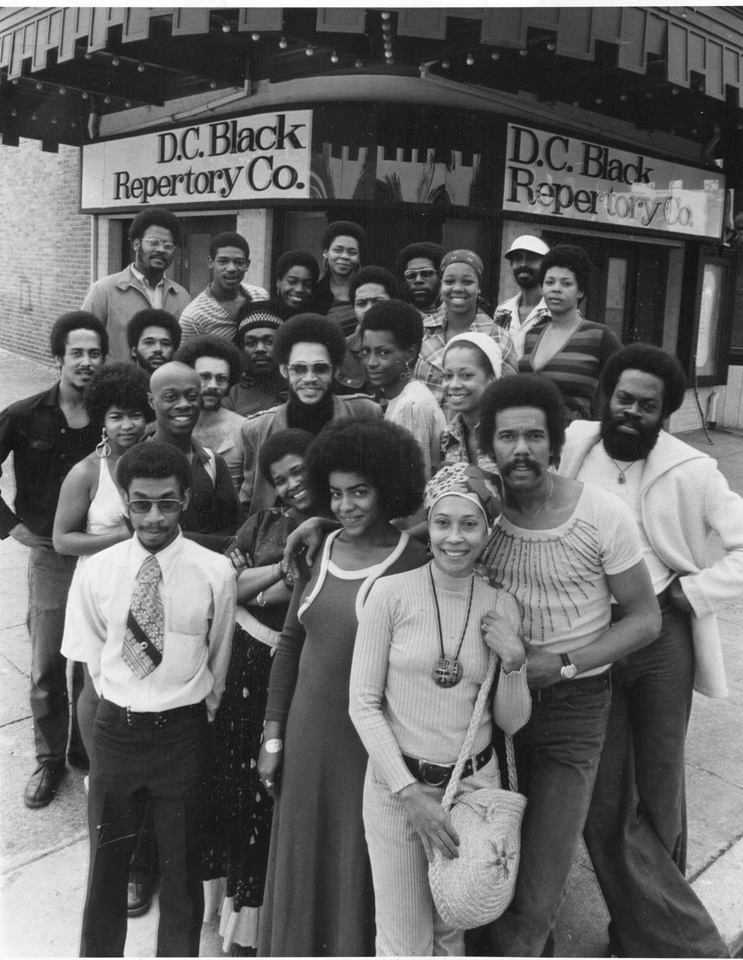 The DC Black Repertory Company celebrates its 50th Anniversary 10-18-2021. DCBRC was created in the aftermath of the riots following the assassination of Dr. Martin Luther King, Jr. For decades the cultural institution served as a spiritual healing place for ALL of DC’s communities, providing the best in Black play producing, dance productions, and complete ‘tuition free’ theatre training for the city’s many aspiring theatre craftsmen. I congratulate all the wonderful and dedicated artists who were a part of this dream come true for me as its founder. Hopefully, there will… one day, be a revival and another version of professional Black theatre arts in Washington DC! I know the DCBRC alumni association is working hard to make that happen. 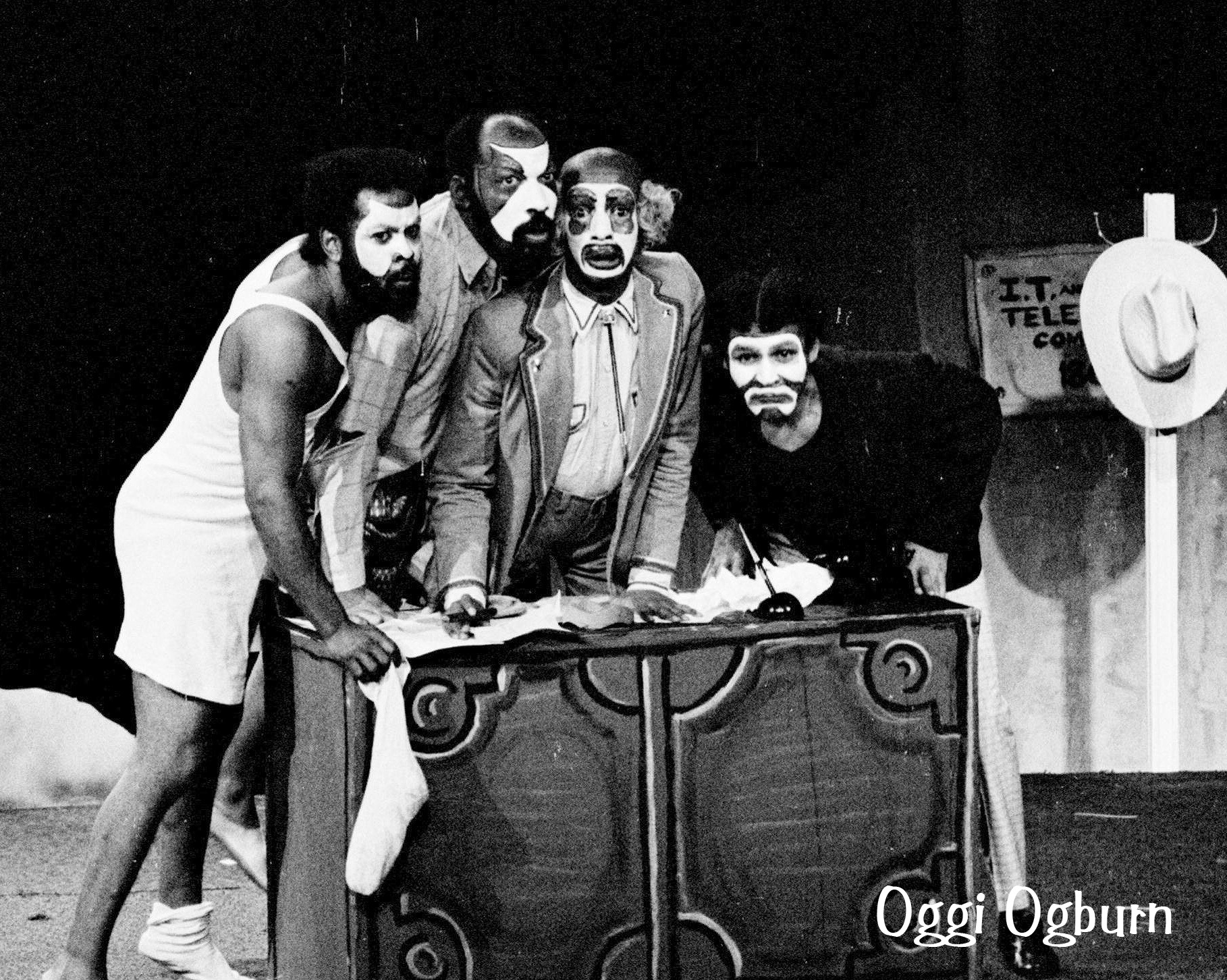 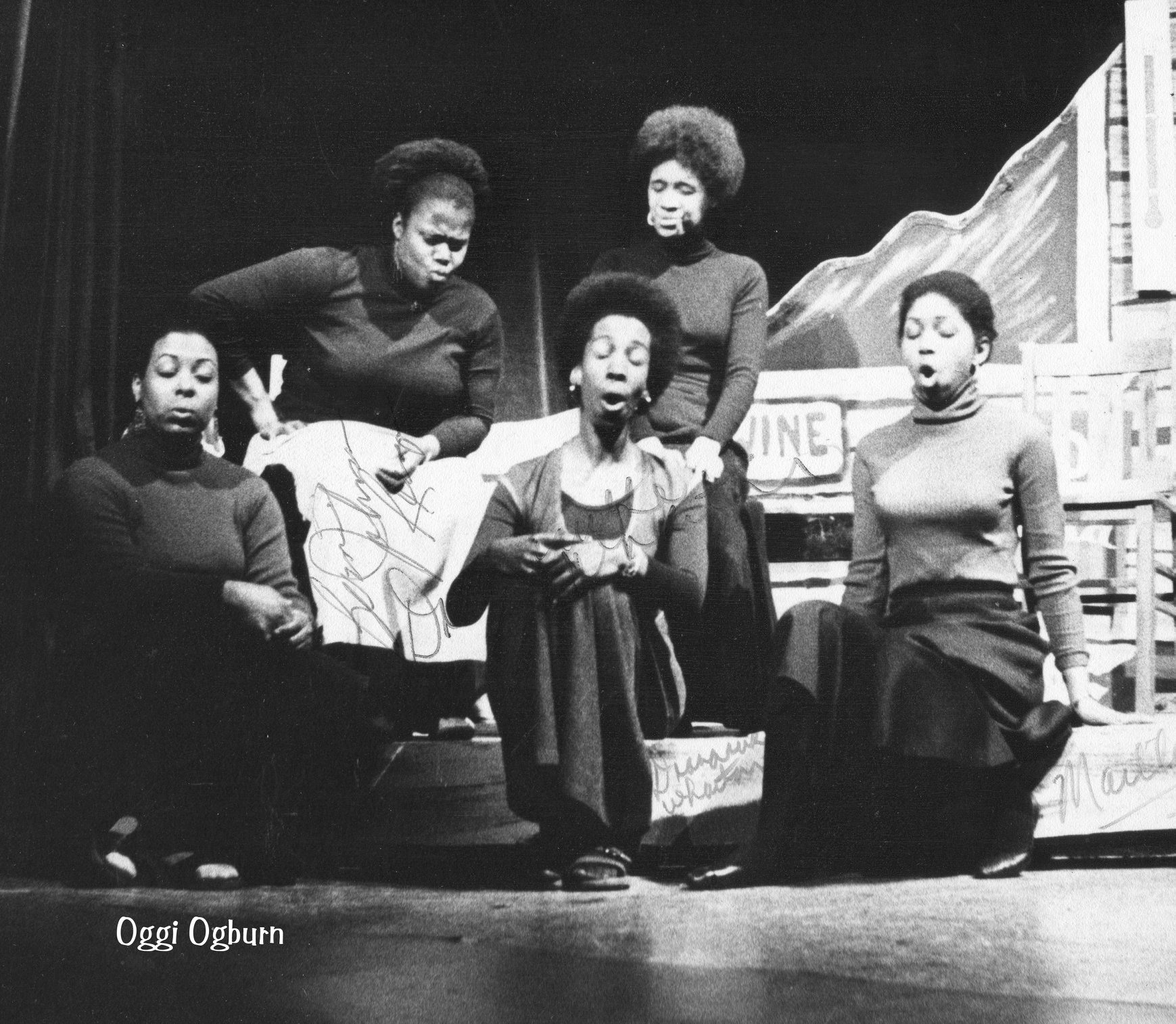 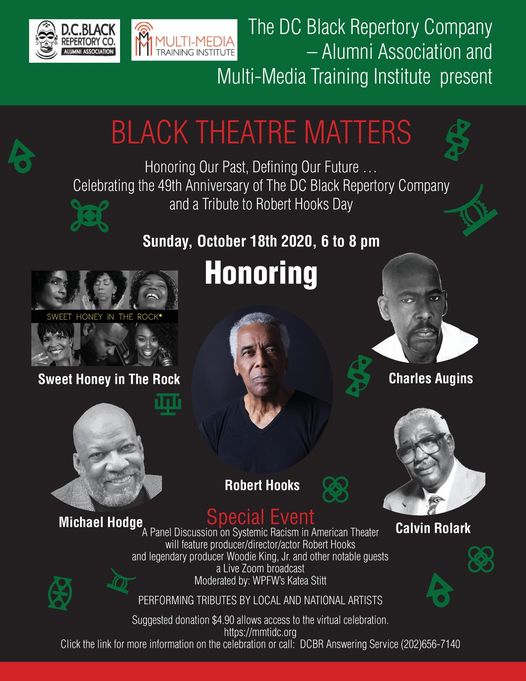