As it became Carla’s time to decide where to go to high school, many things came to her mind.  While all the other kids were looking at schools in Queens New York, Carla knew she wanted to attend a school focusing in on an artistic career in Manhattan.  Diverse artistic opportunities, is one of the true blessings of living in New York City.  She researched performing arts school and announced to her parents that she wanted to go to The High School of Performing Arts. 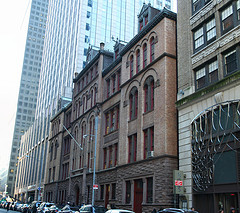 Not having any formal training, the director, Adele Weinstein thought Carla was delusional and was honest as to the fact thousands of people had that desire, but only a handful was accepted. She described the level of commitment every day after school and on the weekends. She would have to stop all sports activities, something she loved for all her childhood. Torn, she decided to commit to the school’s demanding regiment and go for it!

“Five days a week after school until 10:00 pm, and all day Saturday and Sunday, I trained. I studied everything…  ballet, gymnastics, jazz, tap, voice, and the dramatic arts.”

Carla’s dad, a man raised by a first-generation, Caribbean father thought she had lost my mind.  He thought of the arts as a hobby, not a career!  The passion and hard work Carla consistently produced and high-grade point average were a promised, must. Her education had to be the number one priority.

“On my audition day, I was so nervous!  But there was a confidence and feeling of comfort and peace I can’t explain. I got to express and introduce myself through my art that was painless and easy. Everything that was wrong in the world suddenly became right when I dance!”

After a month of sitting on pins & needles, Carla received her letter and simply walked into Miss Adele’s studio with a bottle of champagne and roses for her.

“I was accepted into the world-famous New York City High School of Performing Arts.  There was not a dry eye in the studio!”

Carla was on her way!

“I had a glorious time at P. A. as the school was affectionately called, dancing from sunup to sundown.”

“I had no problem traveling two hours to school on buses and trains in the heat, rain, or snow.  Snow days had not been invented then.  For my parents, a snow day meant you got up and left the house an extra hour early to ensure you got there on time!  My day started at 5:00 am and usually ended at 11:00 pm on school days. I started out as a ballet major and then switched to the modern department.  I loved everything about my school.  The people, the energy, and the passion we all had because I loved knowing this was what I wanted to do as a career.  To be able to have a career that you really loved was important to me because we spend a lot of our time at work.  It was clear that dance, acting, and singing was how I wanted to make a living.”

Shortly after starting her freshman year at Performing Arts High School, she auditioned for a scholarship to The Joffrey School of Ballet and The Alvin Ailey School at the same time. Both organizations gave her a full ride to their programs so after school she would alternate the two and would usually return home around 10:00 pm at night. In two hours, Carla had to do homework eat and get to sleep to start her 5:00 am day all over again.

“That discipline and dedication were completely normal to me.”

Toward the end of her freshman year, she heard about an audition for the movie, The Wiz. Nearly the entire department cut class to go. Many were sent away because the school called production, but a few of us managed to slip through. Carla was one of the few and appeared as one of the models in the (Emerald City) sequence of the film. 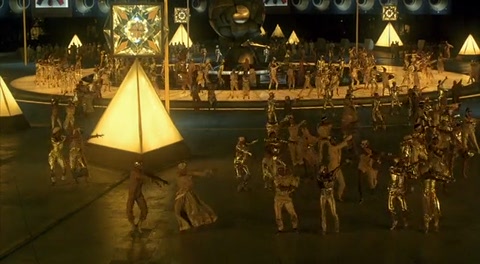 “Because I was so young, I was allowed to “hang out” with Michael Jackson on the set.  We played cards (go fish) and jacks between shots. “He really was a sweetheart and quite a kid like me! We had night shoot so I would go to school, and then to class, and then to the set where my mom would meet me to travel me home in the “wee” hours.”

“Working with Quincy Jones was another highlight at that time of my life!”