This pregnancy was different because I did get sick to my stomach and I had back labor. But, I wasn’t too sick to take the next call! When EnVouge went out on their tour, I got a call to put together, choreograph and develop a group of young ladies for a new Fox television show. They were to be called “The Fly Girls” for a show called, In Living Color. When I met with the producers, they had no idea I was pregnant, it didn’t come up.  I had an awesome assistant (Frances Morgan) and I wanted real dancers who could do “hip hop.” So when I had 3000 women show up for the audition, I made sure Ballet, Modern and African dance were in my combination before I got to the hip hop dance. We hired five women and I did the pilot and most of season one.”

“One night after a late-night taping, I struggled going to sleep and was really restless. To my surprise, I was in labor and the next morning was taken to Cedar’s Sinai Hospital in Beverly Hills and after five hours, delivered my second son, Brent Ellington.” 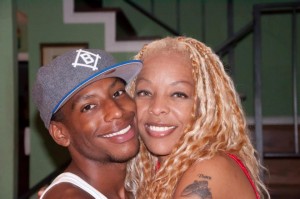 Brent’s middle name was named after her friend, Mercedes Ellington, granddaughter of Duke Ellington.  He was born three days before Easter Sunday. “Juggling two boys wasn’t as difficult as I thought, perhaps because I just had to do it.” She immediately returned to the recording studio with “F.E.F.” and two weeks later, we shot a video to a remake we had done of “Fever.”

It felt good to be 20lbs lighter and dancing again!

Carla became a casting associate and started casting numerous commercials for McDonald’s, Tide, and the follow-up Purple Rain movie, Graffiti Bridge, starring Prince. She learned a lot from sitting on “the other side” and working more in-depth with production.  She began teaching master classes in the mid-1990s all over the country and would take the boys with me whenever she could. At the same time, she started a series of commercial work as a choreographer and creative director for Mattel products. Most of the commercials were shot in Vancouver, B.C., and worked on at least six a year. She managed to squeeze in Master dance seminars as often as she could.

“I loved giving back to the youth and sharing my experience.”

Carla then got a call from Aaron Spelling’s camp about a show they were going to bring back called Burkes Law. They wanted to add dance segments in the scripts so I was to choreograph the guest stars as well as hire multiple dancers of all genres of dance. It was exciting because this was the job she really had the opportunity to employ my friends that had paid their dues as dancers.

‘Very few auditions for them… Just a phone call from me to “come and play!”

Carla’s personal life transitioned and becoming a single parent meant she needed to look at my life from another perspective. Although she constantly worked, she never quite had the experience of what society called a normal lifestyle. So, she decided to return to school and began taking classes in psychology and wanted to begin perusing my degree along with being a mom and choreographer.

After relocating to Los Angeles for 15 years, she returned home to NYC to be closer to family. Living in a home in Franklin Lakes, N.J. her life was pretty quiet.  Carla took the first break from actively working for the first time in twenty years. Now in another relationship, she became pregnant with her third child.  She also had the opportunity to re-engage with family, that she had not seen in years! On August 29th, she went into labor at 11:00 pm and refused to deliver my baby until midnight.

‘…because it was my birthday and I wanted the baby to have its own day. So at 2:00 am on August 30th, 1995, She delivered my third son, Frederick Randolph, affectionately nicknamed, “R.J.” 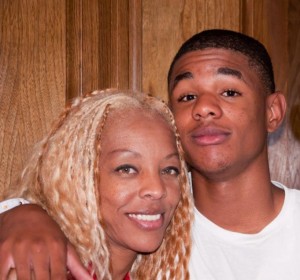 “After my six-week check-up, I returned to teaching master classes in Canada and while teaching tap classes, there were some dancers in town doing a show who knew me from Los Angeles.”