Carla booked the job immediately, however the very next day the production office from the show “42nd St” called and asked to “see” the baby.

‘I gladly went to see them with Christian in my arms and of course, I was snatched! What they “really” wanted to see was if my body had “snapped back.” They told me they needed me to join the National Company to replace a young lady leaving. I had already done that role. That tour was closing in three months. The company knew of another woman leaving The Broadway show in three months and they were holding that spot & wanted me to go into a different role. I would replace a White girl on which meant there would be two African American women in the show at the same time. That had never been done, but it was about to happen! Part of the agreement contractually was that my son was to travel with me and a nanny can be at the theatre with me during the show and all rehearsals. Production agreed and the cast was thrilled a baby was coming on the road! They made good on their promise!”

She called Billy Wilson and told him of what had been proposed and he gave me her blessing! She had to wait until Christian’s four weeks and her six-week postnatal visit before they could leave New York City.

“It felt great to know I could raise my son and still do what I loved… Dance and sing!”

Carla joined the company in Florida and rehearsals began immediately. Finding childcare was not too hard and everyone knew Christian was part of the company too! He obtained many aunts and uncles.  Christian was friendly, company members gave her occasional breaks.

‘The funniest part about putting him to sleep when he got fussy from teething, was I had to “tap dance” him to sleep. I tapped with him in my belly, so that was soothing to him.”

After the third month on the road, she returned to New York City straight to the Broadway company of 42nd Street. She was still living in Manhattan Plaza, and the theatre was only four blocks away.  Carla was home in New York, raising her son and working on Broadway at the age of twenty-three. While she enjoyed every moment of that experience, she knew there was more she needed to do with her life.  She enrolled in the Robert Fiance School and obtained a certification as a make-up artist. Carla was always intrigued and since she spent so much time in make-up she thought, why not learn more about it?

Carla stayed on Broadway for another year and then made a decision to try Los Angeles.  She wanted to do more film and television, so that was the place to go. She packed up and moved her family to Los Angeles.

The first month she employed me as a make-up artist, got an agent, and auditioned. Then she caught wind of a film being shot at Paramount Studios and the role was a girl from Queens, NY.  The film was Coming To America starring Eddie Murphy.

“I crashed the audition and told the casting director I was who she was looking for because I was fresh off the boat from “Queens.” She laughed, said I had balls, and gave me a shot. I read the line, told her that is “not” how we would say that in Queens, and I re-wrote the line. She asked me to stay put, left the room, and returned with Eddie Murphy and two writers. I read my line, they cracked up and I book the movie.” 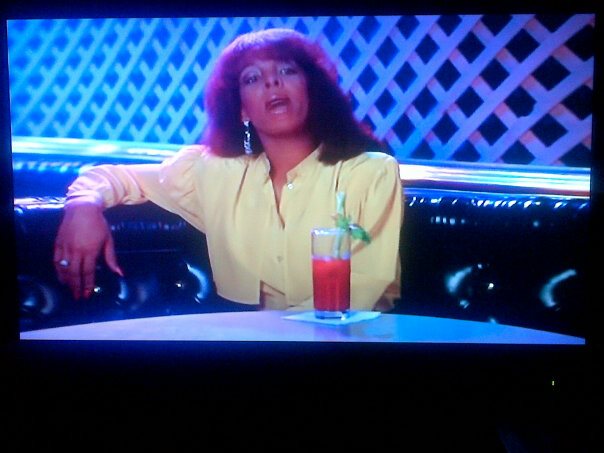 The next film was being hired as a backup singer for Bette Midler in the film, Beaches. Singing “Under The Boardwalk “ with the diva herself. “It was simply amazing!”

In the next three years, I managed to book every quality job a dancer could possibly have in the mid to late 1980s.  I worked with the top choreographers in Los Angeles. Academy Award shows, Grammy Awards, numerous commercials, live industrials, etc. All the jobs were union, so I was comfortably taking care of my son and I was a consistent working dancer/singer in L.A. I reunited once again with long-time friend and tap mentor, Gregory Hines and choreographer, Henry LeTang) one more time for the feature film, Tap. That would be the last time I saw and worked with Sammy Davis, Jr. 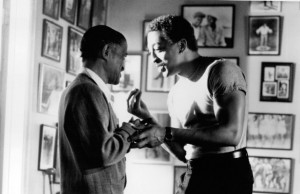 Sammy Davis and Gregory Hines from the film TAP.

After singing with Joe Cocker in the video, Unchain My Heart and an L.A. production of Will Rogers Follies, Carla made the natural progression from a dancer/singer to a choreographer. At that time, however, dancers were not taken seriously as choreographers while still dancing.

As a choreographer, she was now part of “Production” and was now capable of hiring and creating. So at the height of her dance career, Carla transitioned to “Choreographer” at the age of twenty-six.  In the beginning, she choreographed music videos and live tours for recording artists in the late 1980s. Pretty In Pink was a group formed for Chaka Kahn’s daughter and she found herself doing a bit more. It was called “Artist Development.” After working with The Calloways, (songwriters turned artist) and the one and only Donna Summer, she was given the gift of also directing those artist-world tours.  Carla still needed to fill my own artist’s passion, so at the same time, she was in a female singing group called “F.E.F”.  She spent a lot of time in the recording studio and then she found out she was pregnant with her second child.  In late 1989 she was asked to co-choreograph and supply “development” for a new girl group out of Oakland, California.  At the time she was six months pregnant and was required to fly back and forth to rehearse with them. The group was EnVouge.  After much preparation for the first single and video, Hold On, I had to get the girls ready for Red Carpet events, fashion, make-up lessons, and their first tour.

“As the girls “grew”, so did my belly. I’m now eight months pregnant, getting ready for the birth of my second child, and still choreographing.”