During the summer, NYC Ballet auditions took a handful of students to Saratoga Springs to Ballet Camp with George Balanchine and the Company.  Carla was blessed to be one of those students and had teachers like Mikhail Barishnikov and a crash course in Russian Ballet.

“What I learned was “Doing the work meant I would get the reward!”

At the end of freshman year, she was introduced to Bernice Johnson a well-known dance teacher in Queens, New York. Ms. Johnson produced dance alumni like Ben Vereen, Lester Wilson, and Michael Peters.  She offered Carla a full scholarship and there is where she learned to dance with technique.  Johnson taught her the art of “selling” her craft and guided her on how to go to a place, no one could take me but herself.  She joined her Jr. Company immediately and danced all weekend long. 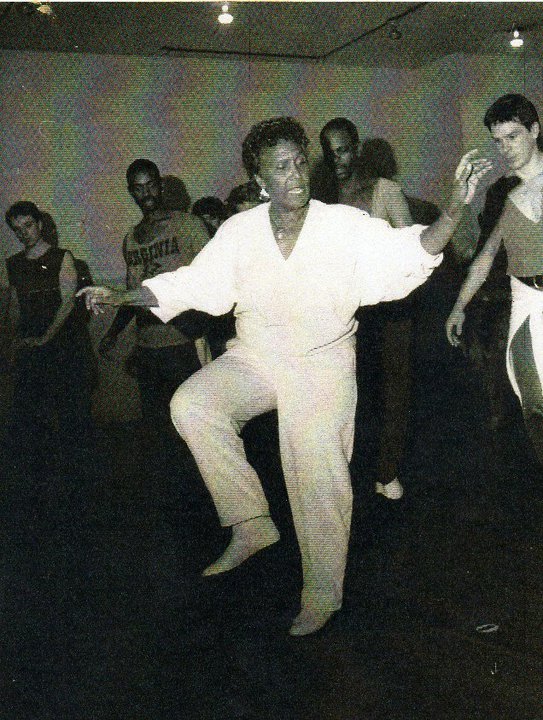 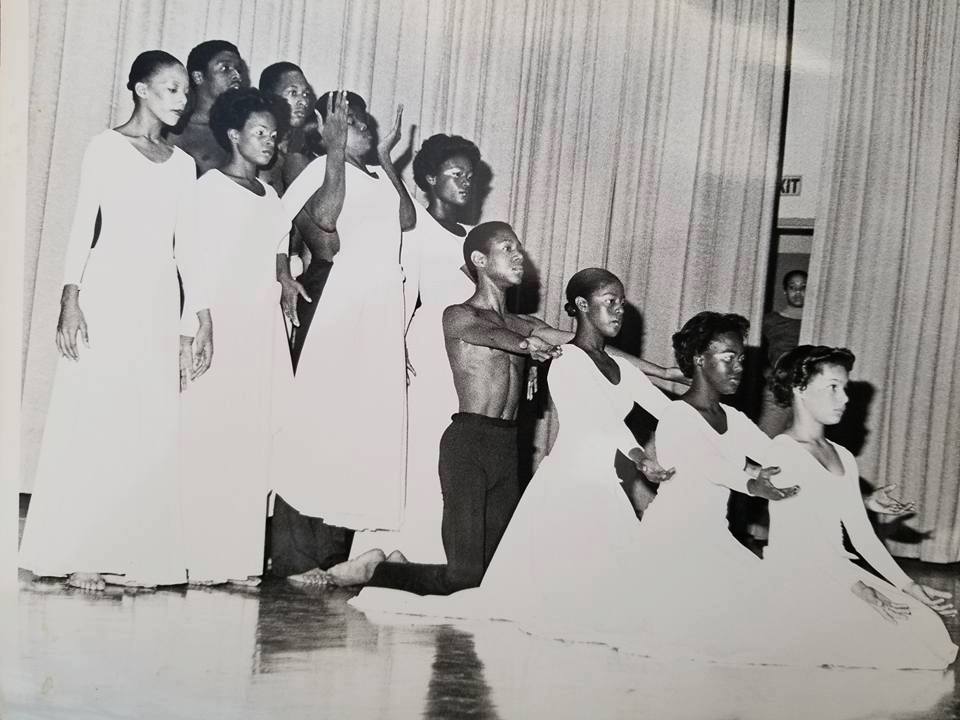 { Hidden away in Southeast Queens was BJ’s haven of artistic excellence, where the owner of the first black-owned dance studio in Queens worked her deep showbiz connections and recruited top entertainers to teach her students. Cholly Atkins, Arthur Mitchell, Jo Jo Smith, Frank Hatchett, Martial Roumain, and Butterfly McQueen are just a few who shared their brilliance with her students. BJ’s focus was on building “performers”. Her methods were unique and the results impressive.  She reached into her vaudeville past and presented shows in which her students tapped wearing roller skates and pointe shoes, or using xylophones, hula hoops, and jump ropes. Dancers ran up walls and tapped on steps. African dancers played with fire and snakes (Curly and Snookums – an 8-foot boa constrictor and a ball python – were studio pets) and got lowered from ropes in the ceiling.  BJ painted dancers gold from head to toe to draw attention from their lack of technique.  She taught “counterpoint” as a way of spicing up a simple number. Students tried to push down brick walls as BJ taught isometrics and the lesson that true tension brought emotion to dance.  She staged mammoth musical productions that called for her dancers to sing and act… https://www.facebook.com/bjcac#!/bjcac/info  }

“Sometimes we did not leave the studio until 3:00 am. My parents did not quite understand, but they supported me and knew I was doing something productive.”

Carla’s first professional show was on “Off-Broadway. ” The choreographer Talley Beatty hired me in Paper bird. She danced the role of Paper bird. He was amazing for her to work with and she was a sponge for knowledge and training!

{ Talley Beatty (22 December 1918 – 29 April 1995) was born in Cedar Grove, Louisiana, a section of Shreveport, but grew up in Chicago, Illinois. He is considered one of the greatest African American choreographers and also bears the titles of dancer, educator, and dance company director. After studying under Katherine Dunham and Martha Graham, Beatty went on to do solo work and choreograph his own works which center on the social issues, experiences, and everyday life of African Americans.[1] Beatty and his technique and style of dancing have been both praised and criticized by critics and dancers of his day. http://en.wikipedia.org/wiki/Talley_Beatty }

After a half-semester in her sophomore year at “Performing Arts, (she was now fifth teen years old).  Carla auditioned for the Broadway show The Wiz, which had a touring company going out on tour.  George Faison had won the Tony Award for Best Choreographer for show.

{ “George Faison is a stirring example of an artist who takes from the sometimes ugly and hateful world around him and creates beauty. Whether choreographing a dance about slavery or drug abuse or creating a tornado with dancers in The Wiz, Faison stayed true to himself and the result is a career three-decades-long and counting. “I’ve wanted to do something positive, but people have felt I was a Black activist when I  recognized my roots,” he told Jennifer Dunning of the New York Times in 1977. “I  was interested in pop music. That turned some people off, but I found beauty in the ordinary and every day,” he added. For Faison, dance is for everyone whether it is based on primitive movement, classical movement, or jazz movement. Or in  Faison’s case, all three. “All kinds and classes of people will embrace dance when they see it in a context that relates to their own experience,” he proclaimed to Maurice Peterson of Essence in 1975. “Dance is not just for the  elite, it is universal,”
Read more:  http://www.answers.com/topic/george-faison#ixzz2Cu8Incuh } 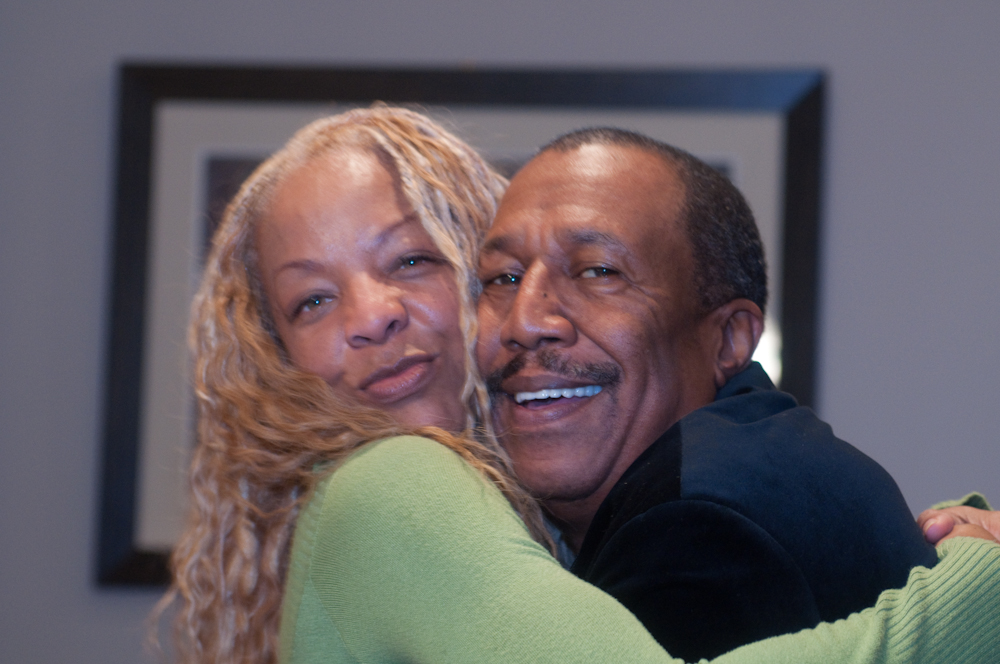 “Somehow, George and I clicked! He was not easy to “click” with, but because I was so young I wasn’t as intimidated as others. He just made me work harder! I liked that! I was hired as “The Eye of the Tornado” until I told the truth of my age and although George fought for me, the legal dept. did not want to be responsible. Many of my friends were going and I felt empty. I knew I was ready and that was the show I so wanted to do!”

Carla returned to school and four months later, Vinnette Carroll created the show Your Arms too Short To Box with God. “Now in order to go to the audition, she had to cut class. The teachers’ class she cut at school (Ralph Farrington) was also conducting the audition. ‘So when I walked in ready to dance you can imagine my face.”  He allowed me to audition. When the producers came in to meet me, they were the same producers from The Wiz tour!  They sent me out to replace someone leaving The Wiz because they knew how much George Faison wanted me in the first place.  At fifteen, her life was about to change!  She enrolled in a Professional Children’s School, and joined the cast of The Wiz in Florida, and was on the road for nine months, traveling the United States and Canada.”

Carla had a surrogate father, Bobby Hill (who played the Lion) but he did not play with her. The homework had to be completed and mailed back on time because there were no computers or fax machines then!

“I had several Aunts and Uncles who really protected me from…well “show biz.”

When she became lonely on the road, she would fly out her best friend from Queens to hang out and do teen things that she rarely did with the company. Having a few elder classmates from “P.A.” with her helped her feel at home and her best friend from school was on the tour, as well.