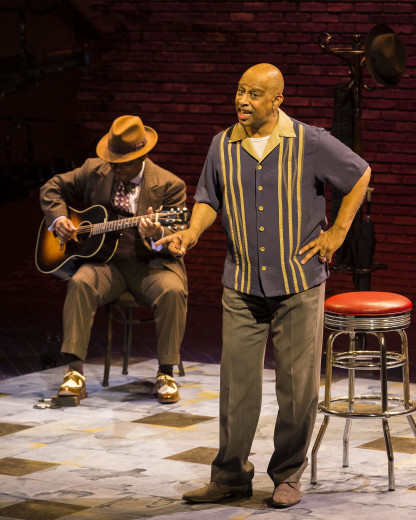 Ruben is one of the great theatre artists of our time, and this beautiful autobiographical performance is full of humor, insight, and compassion—and, if that’s not enough, it’s totally embedded in love. 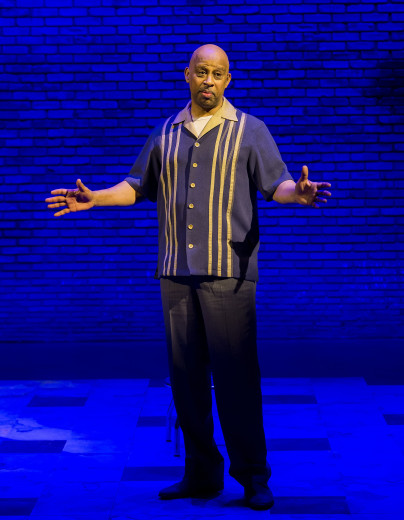 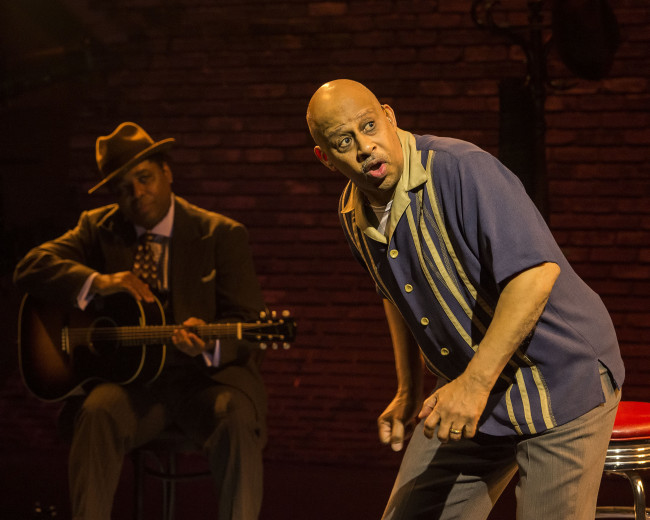 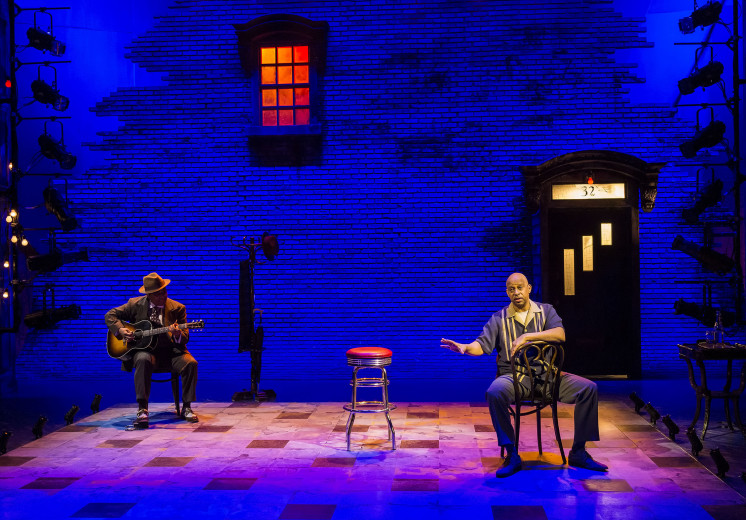 Scenes from the Vault: “Lackawanna Blues”

As part of our Art Goes On project, we’re curating a collection of scenes from some of our most beloved productions across the Ahmanson Theatre, Mark Taper Forum, and Kirk Douglas Theatre for your viewing pleasure. Scenes from the vault kick off with the opening of Ruben Santiago-Hudson’s “Lackawanna Blues,” which was onstage at the Taper Mar 5 – Apr 21, 2019. Enjoy Ruben’s harmonica stylings, Chris Thomas King on guitar, and an introduction to the community that raised Ruben. 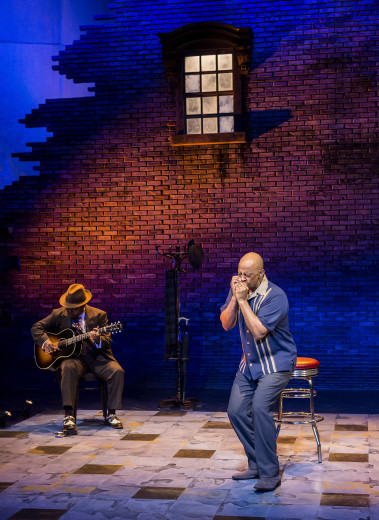 “It’s uncanny; it lives so strong in so many people’s hearts and minds.” — Ruben Santiago-Hudson on reviving his play “Lackawanna Blues” for the first time in over 15 years following runs across the country and a film adaptation by HBO 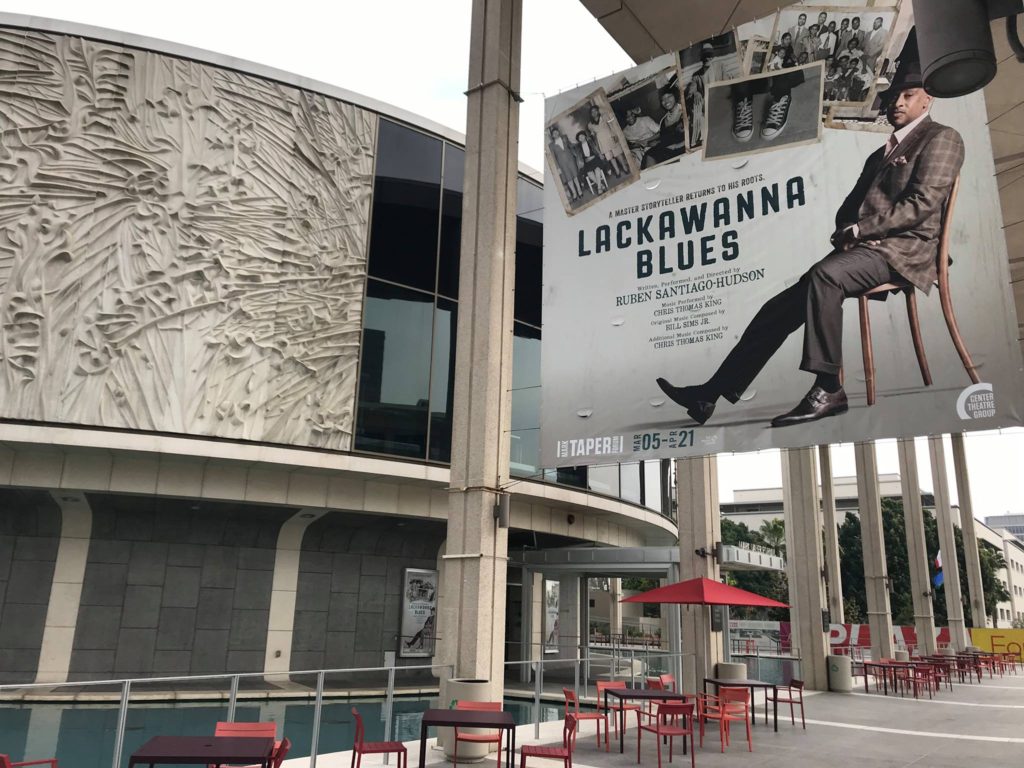 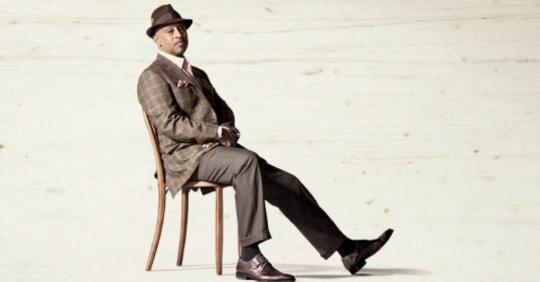 Acclaimed theatre artist Ruben Santiago-Hudson has begun rehearsals for his powerful and touching solo play”Lackawanna Blues,” which will play at the Mark Taper Forum March 5 through April 21 with the opening set for March 13 at 8 p.m.Produced by Center Theatre Group, “Lackawanna Blues” is written, performed and directed by Santiago-Hudson with live music performed by Grammy-winning blues guitarist, composer, and actor Chris Thomas King (who will be replacing formerly announced Bill Sims Jr.).
Original music for the production is composed by Bill Sims Jr. with additional music composed by King. The design team includes scenic designer Michael Carnahan, costume designer Karen Perry, lighting designer Jen Schriever, and sound designer Philip G. Allen. The production stage manager is David S. Franklin.
A magical, musical, and deeply personal work by Tony Award winner Ruben Santiago-Hudson, “Lackawanna Blues” is a reminiscence of his 1950s childhood in a small town on the banks of Lake Erie. Santiago-Hudson takes on more than 20 colorful characters-from would-be philosophers and petty hustlers to lost souls and abandoned lovers-in a brilliant celebration of the eccentric boardinghouse he grew up in. Santiago-Hudson returns to his roots in this tour de force performance accompanied throughout by live blues music.
Ahmanson Theatre at The Music Center in Downtown Los Angeles).  The Mark Taper Forum is located at The Music Center, 135 N. Grand Avenue in Downtown L.A. 90012.
Photo by Benedict Evans 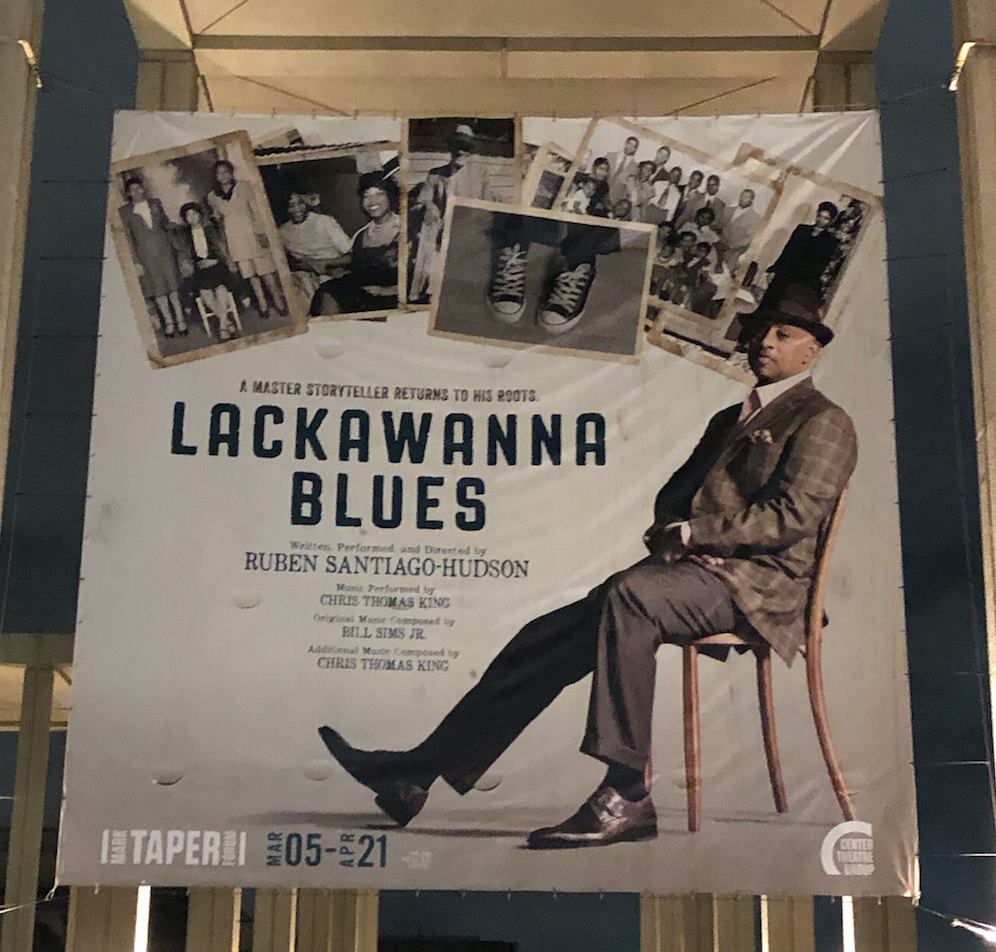 A master class in storytelling—Ruben Santiago-Hudson’s “Lackawanna Blues” starts performances at the Mark Taper Forum on Tuesday. I was at the invited dress rehearsal on Sunday night with my friend Donovan Mitchell—there’s so much beauty, power, and virtuosity in Ruben’s performance, which includes original music composed by the late great Bill Sims and also Chris Thomas King, who’s on stage with Ruben throughout the performance. 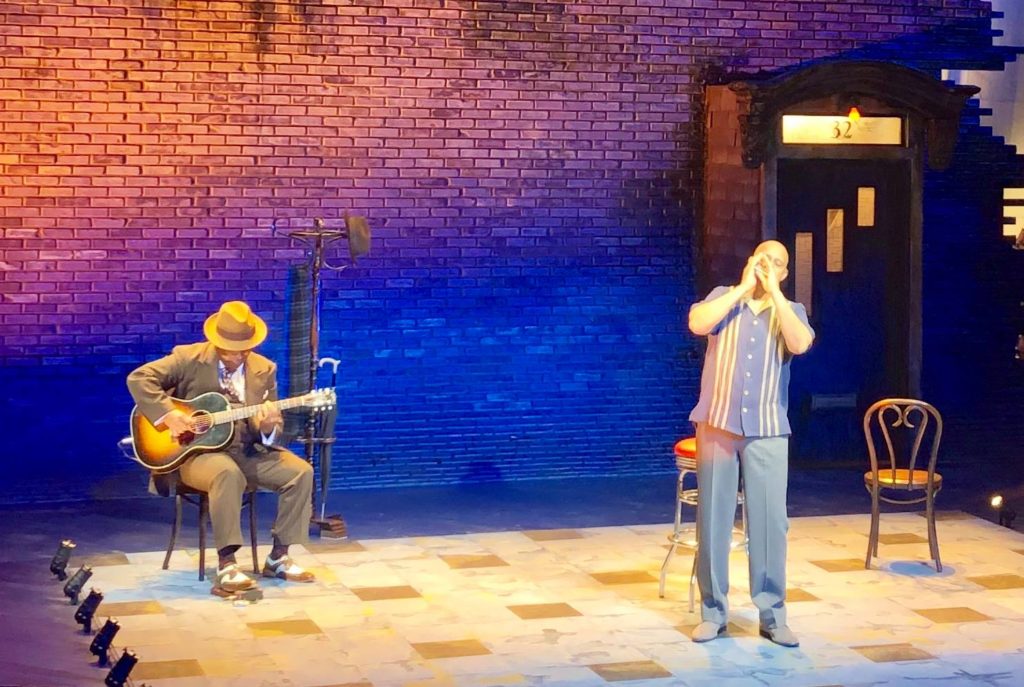 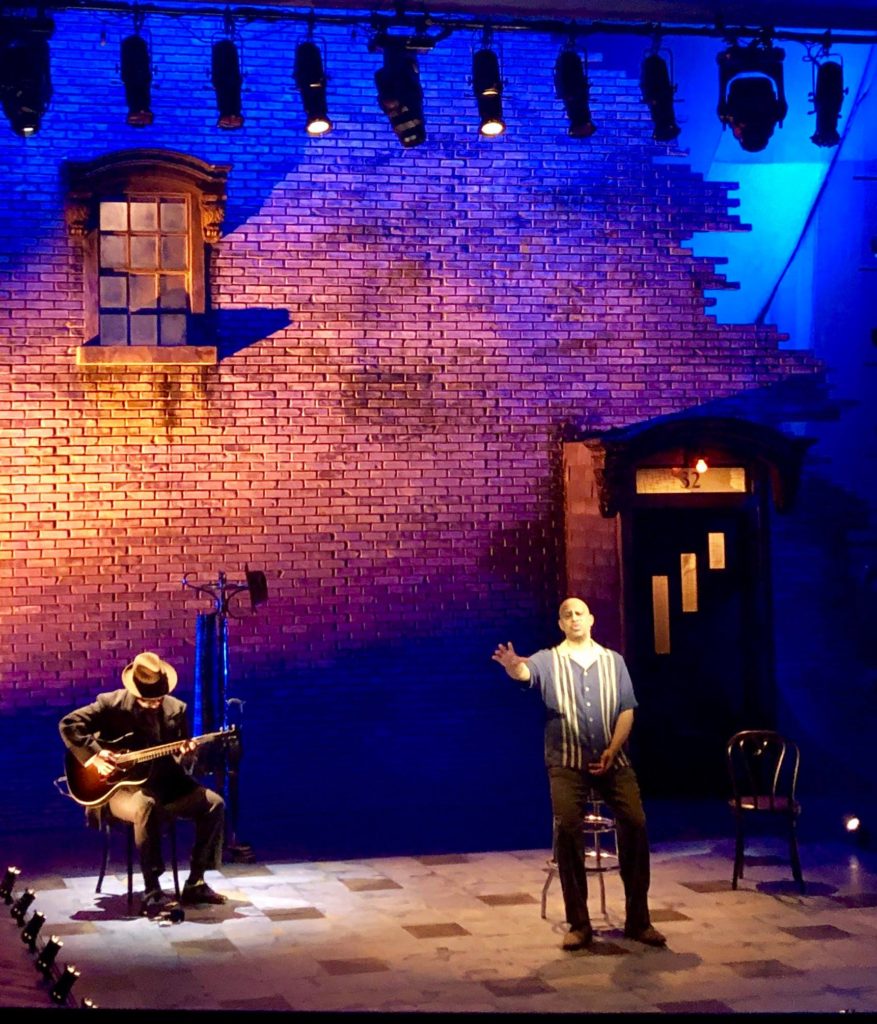