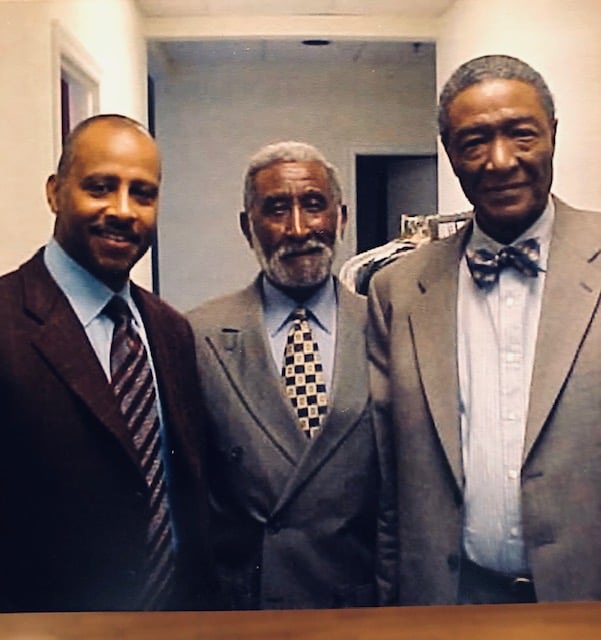 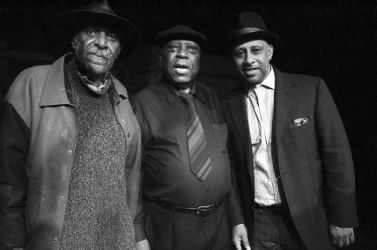 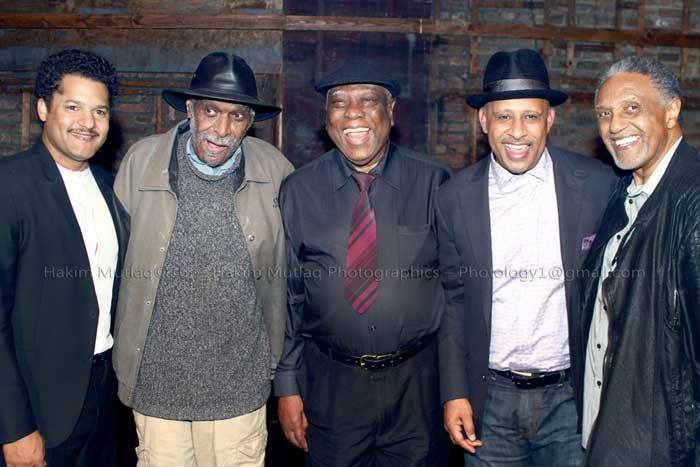 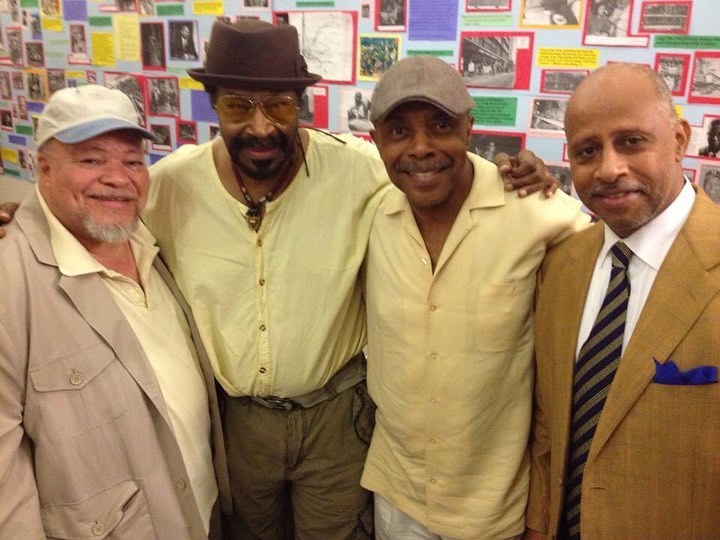 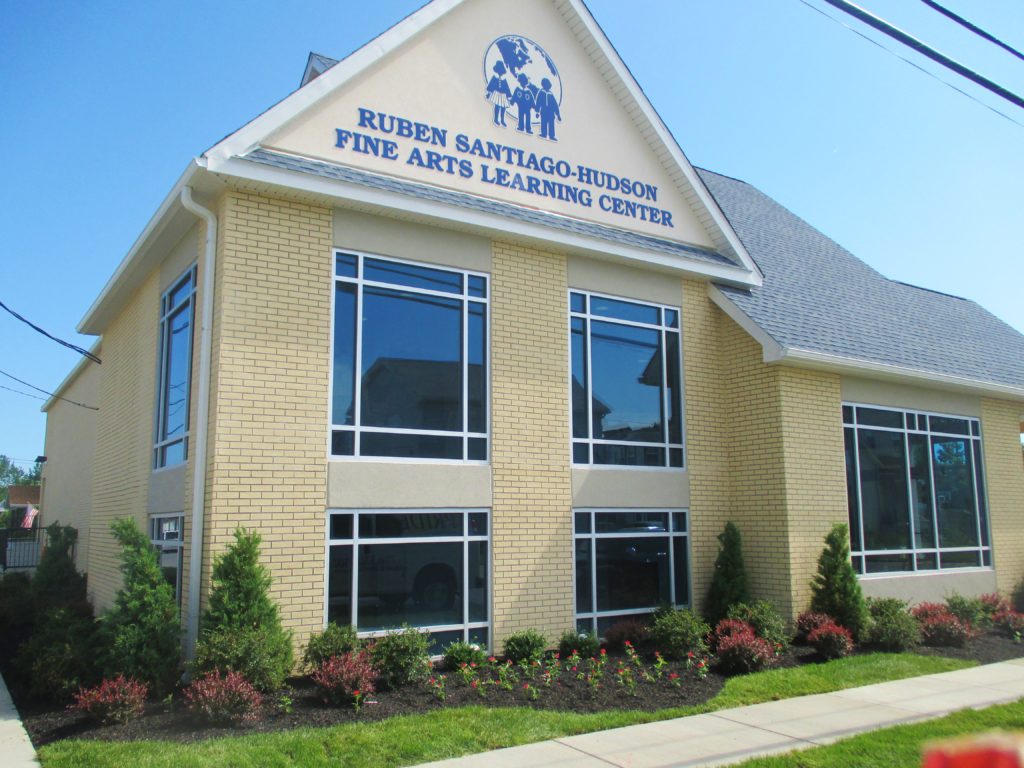 The RSH Fine Arts Center is a state-of-the-art training center that houses an art studio, black box theatre, and a film/media production computer lab. Annual art shows, concerts, and theater productions are held to showcase its student’s work in the areas of art, music, and theatre.

Global Concepts recently held the grand opening for its Ruben Santiago-Hudson Fine Arts Center, a former church just a short walk away from the Lackawanna institution’s high school building. The Fine Arts Center was renovated for $1 million into a mixture of classrooms, studios, rehearsal space, and a theater.

Ruben Santiago-Hudson, a Lackawanna native, is a prominent actor and playwright and contributed memorabilia which now hangs on the Fine Arts Center’s walls. The school chose to name the facility after him as an inspiration to its students.

The facility will open for classes at the beginning of the 2014-15 school year and house all of the school’s arts programs, from music to painting to theater. 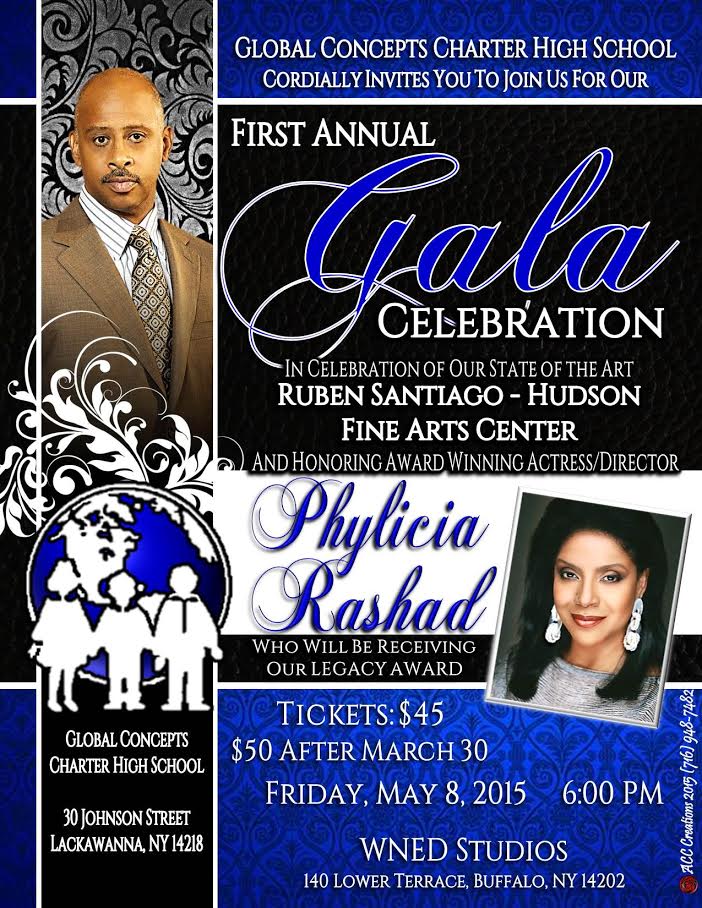 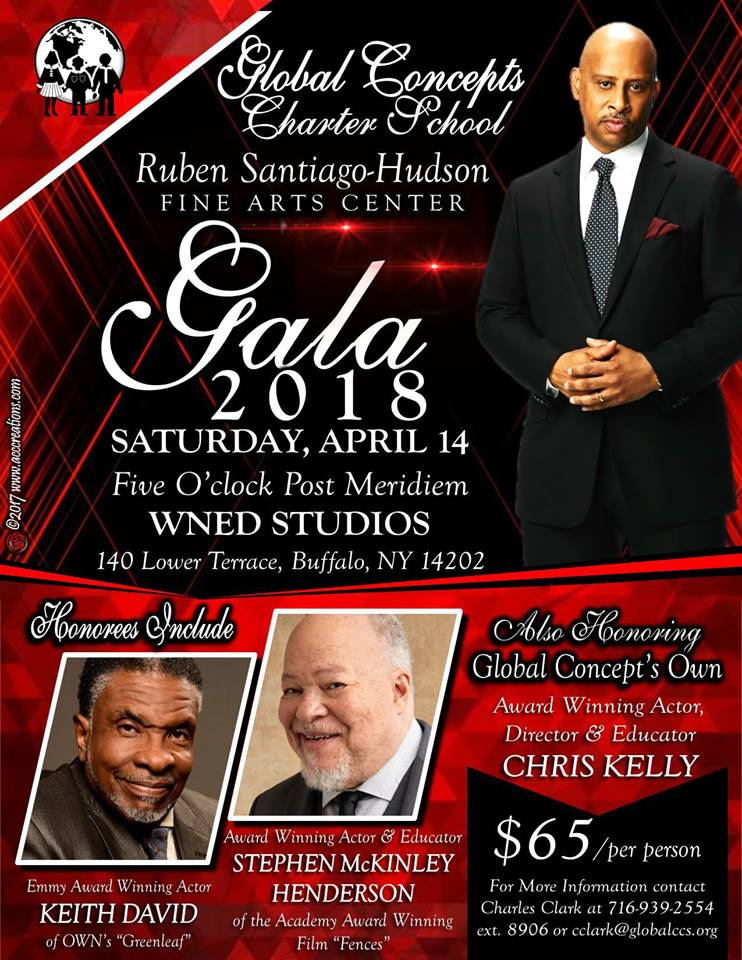 “Ruben Santiago-Hudson is a Tony Award-winning actor, an accomplished writer/director with three Obie awards. In addition to an Emmy and Golden Globe nomination, he received numerous accolades for his screenplay of HBO’s Lackawanna Blues. Most recently he received a Drama Desk Award for Outstanding Director Of A Play for his Tony Award-winning revival of August Wilson’s JITNEY. Which also garnered Outer Critics Circle, Drama League, and NY Drama Critic Circle awards along with 6 Tony Award nominations. Ruben received the 2013 Lucille Lortel and Obie Award for Best Direction of August Wilson’s The Piano Lesson and in 2016 an Obie Award for Special Citations: Collaboration of the play Skeleton Crew with playwright Dominique Morriseau. Ruben recently starred in the BET series The Quad and made his television directorial debut. He recurs in Showtime’s hit series Billions opposite Damian Lewis and also on OWN’s new David Makes Man alongside Phylicia Rashad.”Ruben is one of the most accomplished and heralded purveyors of the work of August Wilson.“ 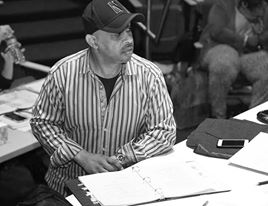 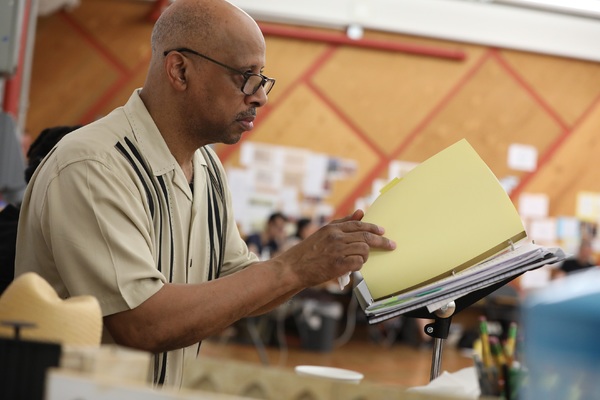 Photo Flash: In Rehearsal with The Public Theater’s OTHELLO

2019 Women’s Jazz Festival WEEK 2: A Salute to Women in Bebop curated by Obie Award-winning composer Diedre L. Murray. The evening is inspired by the upcoming play OO-BLA-DEE !
Listen to the play’s creator Regina Taylor and director, Ruben Santiago-Hudson who describes the basis for when women were entering the male-dominated field of Jazz in the 1940s.
Get your tickets for this amazing evening of music with Gabrielle Murphy (alto saxophone and flute), Brandon McCune (piano), Mimi Jones (bass), and Eli Fountain (percussion and drums): https://bit.ly/2XxheaU
OO-BLA-DEE at Two River Theater
By Regina Taylor
Original Music by Diedre L. Murray
Directed by Ruben Santiago-Hudson