Thelma Mothershed was born in Bloomburg, Texas on November 29, 1940.  She attended Dunbar Junior High School and Horace Mann High School before transferring to Little Rock Central where she completed her junior year of high school (Thelma, 2011).  After high school, Thelma attended Southern Illinois University and received her Master’s in Guidance and Counseling, and also received an Administrative Certificate in Education in 1964(Thelma, 2011).  Since then she has worked in the St. Clair County Jail in St. Clair Illinois and also as an instructor of survival skills for homeless women at the American Red Cross Second Chance Shelter for the Homeless(Thelma, 2011).  In the year 1989, Thelma Mothershed was recognized by the East St. Louis Chapter of the Top Ladies of Distinction and the Early Childhood-Pre Kindergarten Staff as an Outstanding Role Model and National Humanitarian Award in 2005 (Thelma, 2011). 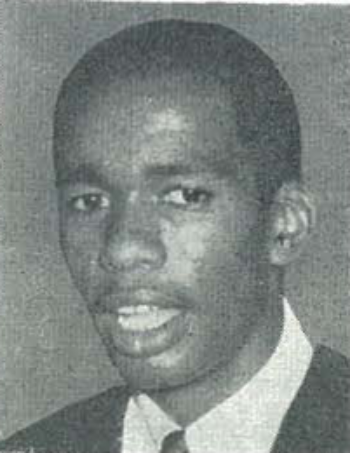 Ernest Green was born in Little Rock Arkansas on September 22, 1941.  He was the first black to graduate from school in 1958 (Ernest).  He received an anonymous donation to attend school at Michigan State University where he obtained his Bachelor of Art in 1962 and his Master’s degree in sociology in 1964; he was top of his class (Ernest).  He later discovered that the anonymous donation was from the president of the school, John A. Hannah (Ernest).   After graduating he received an apprenticeship in building trades for Adolph Institute (Ernest).  Ernest Green appeared in the PBS Free to Choose panel discussion related to workers’ rights and the economy in 1980 (Ernest).

Terrence Roberts was born on December 3, 1941.  He attended Horace Mann High School before going to Little Rock Central.  After high school, he enrolled at California State University where he obtained his Bachelor of Arts in sociology in 1967 (Terrence, 2011).  In 1999 he became employed at Antioch University in Los Angeles California, where he worked as a core faculty member and co-chair of the Master of Arts in psychology program (Terrence, 2011).  Terrence Roberts is currently the CEO of Terrence J. Roberts and Associates, a management-consulting firm (Terrence, 2011).

Gloria Ray was born September 26, 1942, in Little Rock Arkansas.  After high school, she attended and graduated from the Illinois Institute of Technology with a Bachelor’s degree in Chemistry and Math (Gloria, 2012).  Gloria Ray has served as a documentation expert for a Dutch company and editor for a European computer magazine (Gloria, 2012). Gloria Ray now lives in Sweden and the Netherlands (Gloria, 2012)