“For an actor, emotion is nothing more than a reflective change in the way he breathes his belief ‘in the moment’.” -me 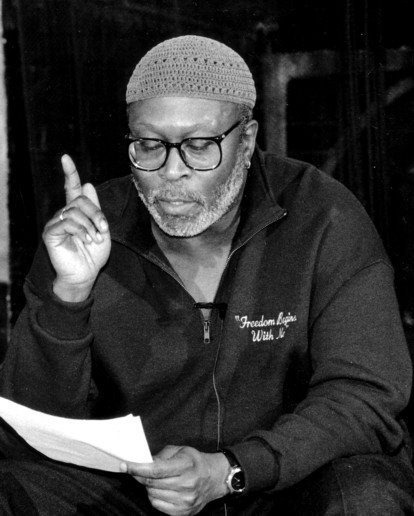 The thing that makes you exceptional, if you are at all, is inevitably that which makes you lonely.
– Lorraine Hansberry

What you’re supposed to do when you don’t like a thing is change it. If you can’t change it, change the way you think about it.”
― Maya Angelou

Happiness is a decision.

Don’t stop the momentum to make your point, use your point to add momentum.

You find what happiness you bring!

“The state of your life is nothing more than a reflection of your state of mind.”

You never miss the water till the well runs dry… 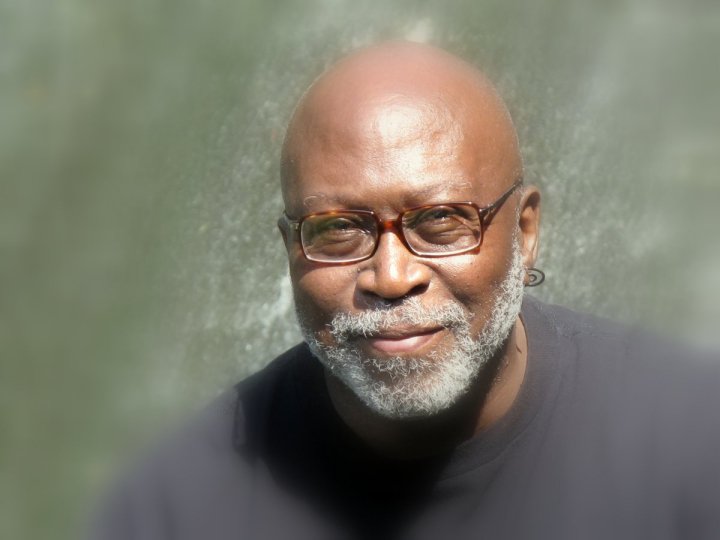 Walter Dallas assumed the artistic leadership of Philadelphia’s Freedom Theatre in 1992. He has won recognition and several awards for his work on and Off-Broadway and regionally at such theaters as the Negro Ensemble Company, American Place, Yale Rep, Crossroads, Alliance and Baltimore’s Center Stage where he was a Director Fellow for the National Endowment for the Arts. At Chicago’s Goodman Theatre he directed the critically acclaimed world premiere of August Wilson’s Seven Guitars, named one of the Top Ten Best Theatre Events of 1995 by Time Magazine and a finalist for the Pulitzer Prize.

His own adaptations of the films Cooley High and Sparkle premiered at Freedom. He also premiered John Henry Redwood’s The Old Settler at the McCarter Theatre. His world-premiere production of Charles Smith’s Pudd’nhead Wilson, produced by New York’s Acting Company, enjoyed a national tour, a critically acclaimed Off-Broadway run, and earned him a 2002 AUDELCO nomination for Best Director.

Also, an award-winning playwright, his latest play, Lazarus, Unstoned, had its world premiere, to popular and critical acclaim, at Freedom Theatre in April 2002. Of his Lazarus, Unstoned, the Philadelphia Weekly theatre critic wrote: “It’s often said that the role of the director coincided with the birth of vernacular religious drama, and in Philadelphia, nobody is more adept at this style of theatre than Walter Dallas.”

Additional work with new play development has included experiences at Sundance, the O’Neill, the Public Theatre, New Dramatists, and in Africa, England, France, and Russia.

From: Walter to Dale
Dale: Sorry, I’ve been in hospital since last Friday. Hopefully, I’m going home tomorrow. I love your work and attention to detail.
I am counting on you.
Walter.

From: Dale to Walter
Dear Professor Dallas, “I Stand On Your Giant Shoulders.”
All of this brilliance represented here is placed with Love and Respect
towards your craftsmanship, humanity, and talent.
WE CALL YOUR NAME!
Thank you.
(Respectfully)
Dale Ricardo Shields
Iforcolor.org/Black Theatre African American Voices 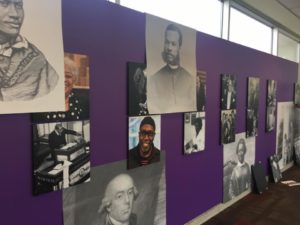 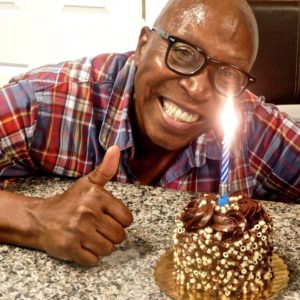 Dale, this has floored me, I finally get to see myself as others do. This is one of the most fabulous and moving tributes I’ve ever received. Thank you so much! – Walter Dallas 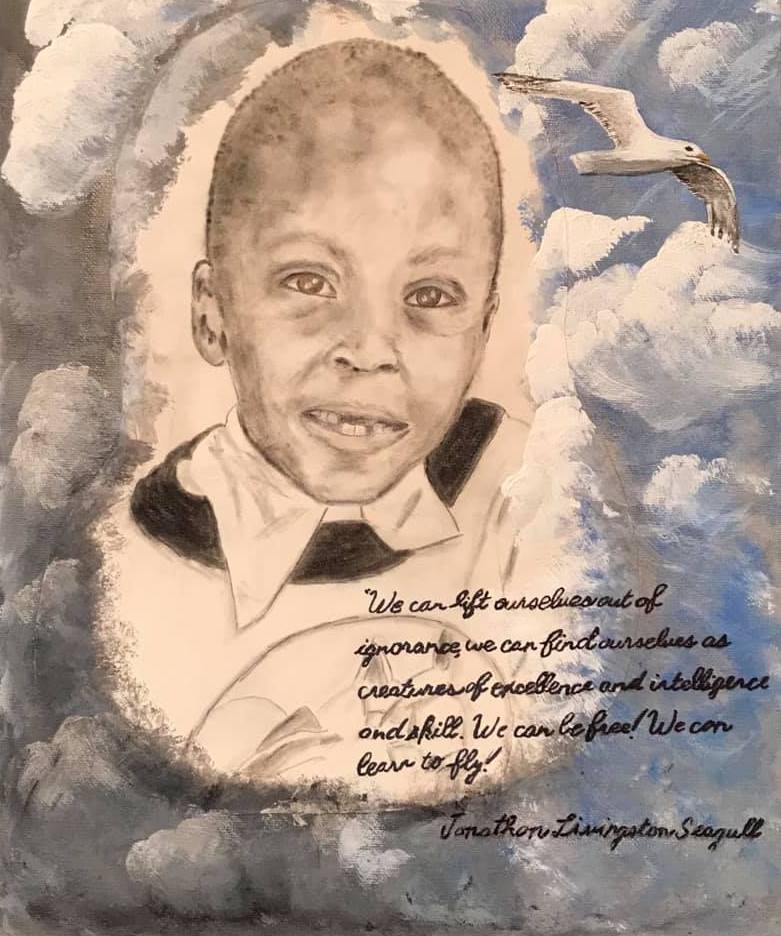 On this Fathers’ Day eve, I received a magnificent gift in the mail from brilliant actress and artist Eileen Ward, one of my first students at the Philadelphia College of the Performing Arts. She looked at a picture of me, age 6, on Facebook, and created one of the most endearing gifts I’ve ever received. Using charcoal and acrylic, she captured my soul and innocence in the piece of art I share with you here. “We can lift ourselves out of ignorance, we can find ourselves as creators of excellence, and intelligence and skill. We can be free. We can learn to fly.” – from Jonathan Livingston Seagull. Thank you, dear Eileen. My tears of joy are still flowing. 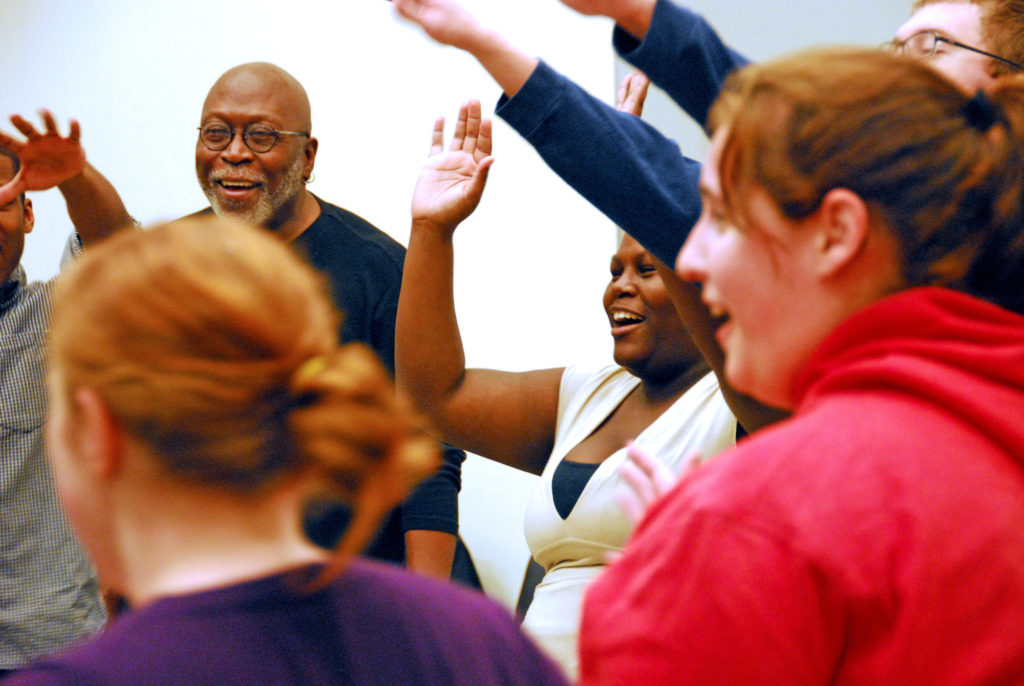 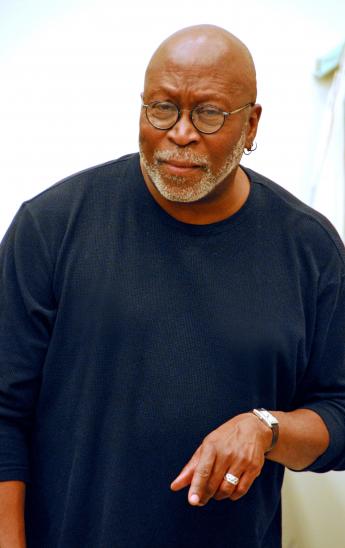