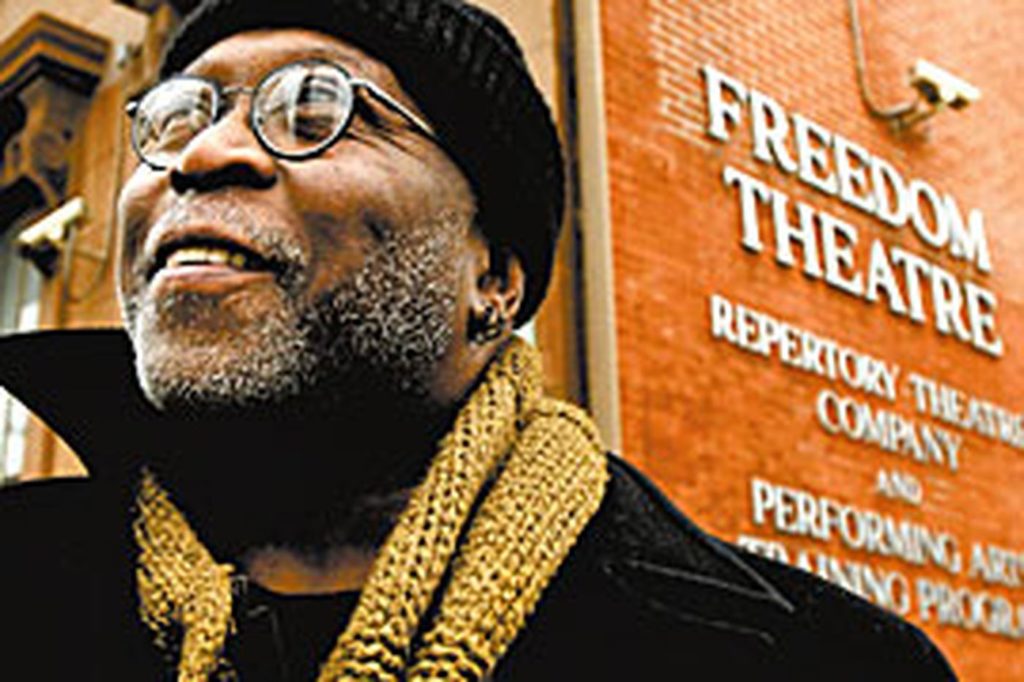 With persistent debt and the departure of its leader, the venerable Freedom Theatre must ponder its future role.

Sandra N. Haughton, Freedom’s senior financial consultant, said the debt would probably be about $250,000, once past bookkeeping knots are completely untangled.

All agree that the major driver of current debt was the construction of the John Allen Theater facility next door to Freedom’s headquarters in the Forrest mansion, at Broad and Master Streets. Renovation and expansion of the mansion added to the financial troubles.

By the time the Allen Theater opened in 1999, Freedom was nearly $3 million in the hole, with a widening annual operating deficit to boot. Staff and board members departed. People worked for nothing. Productions were shelved. The organization’s nonprofit status lapsed. Tax questions arose. Countless problems pecked at the theater. Dallas gave up his position as the artistic director and became the interim managing director. He canceled the 2004-5 season – anything to stop the drip, drip, drip of money leaking away. Large funders looked at the debt and began to zip up their wallets.

Suzi Garber, a consultant who worked with Freedom for several years until about 2005, said the debt situation forced Freedom “to morph into a theater provider, a venue provider, and a provider of education for the theater.” That may be the future, she said. Hargreaves said the board had made no decisions on an organizational direction yet. Such discussions will begin in earnest next month, Freedom officials said. Patricia Scott Hobbs, Freedom’s interim general manager and head of its large, well-regarded acting school for children and adults, said Freedom was now actively seeking contracts from the city and school district to mount antiviolence productions and operate after-school programs.

Such contracts, she said, have “laid the groundwork so that people are able to see that the theater is getting its [financial] act together.”

“The long-range plan,” she added “is to be on a cash basis” without deficit spending. Haughton, the financial consultant, said the focus now is on making operations manageable without giving up “the strong artistic vision.”

“It will be hard to fill Walter’s shoes,” she said. “He left a very, very strong legacy.” The future role of Dallas’ productions, she acknowledged, has yet to be determined.

“We’re in the process of really exploring the possibilities,” she said. “There definitely will be an artistic component. How that will look will probably be shaped over the next six months.”

Timothy Styer, a consultant who ran his own facilities services company for more than a decade, now serves on the Freedom board’s “oversight committee” – a group of outsiders brought in by Dallas to help the board rethink how Freedom does business. Styer said he believes Freedom’s future remains unpredictable.

“What I see is a bunch of artistically able people without the ability to properly plan,” Styer said. “The other thing is that those folks have been there for ages, going back to Day 1, and have not made the transition from past to present. When you’re in there it has a nostalgic feel and the talk feels like the ’70s.

“But the landscape for nonprofits has dramatically changed, particularly in terms of funders and operations. Running a nonprofit today . . . is not much different from running a for-profit. The old ways of thinking just don’t work.”

Dallas, 61, acknowledged such organizational criticism and said he believed the elimination of most of the debt combined with his departure provided Freedom with a chance to think through its mission.

“We can really start over,” he said. “Let’s look inward and decide what we want to do, what we want to be, what we want to put all that new energy toward. And as I said to the staff at that meeting I had when I announced that I was leaving, here’s a golden opportunity.”

For his part, Dallas said he wanted to focus on his art, wherever that might take him. (His next project is a production of Wilson’s The Piano Lesson, which opens at the Arden Theatre on March 6.) Dealing with mountains of debt and organizational problems over many years has taken its toll.

“Well, after kicking in about a thousand times, you’re kind of kicked out.” 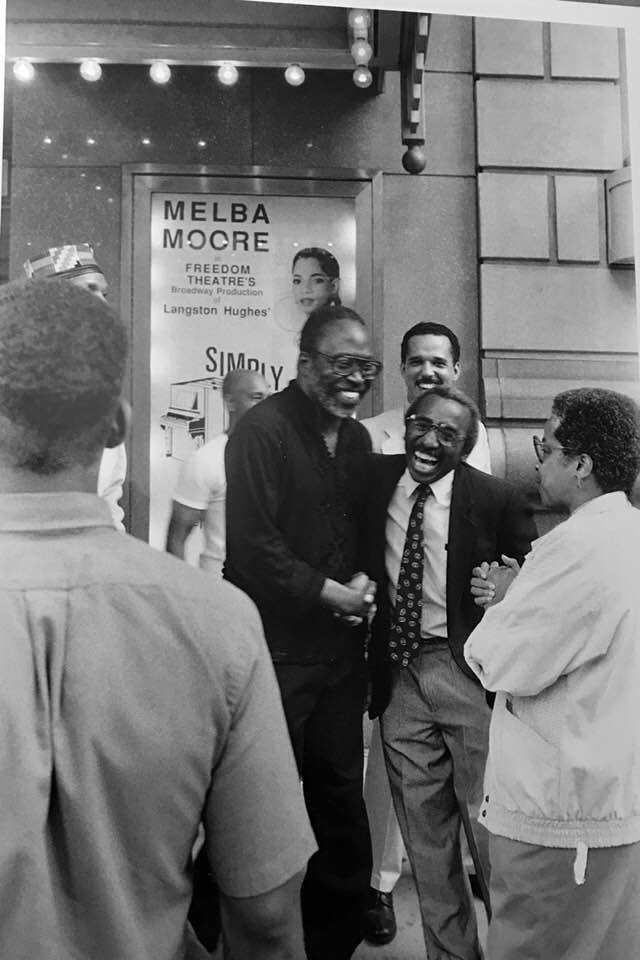 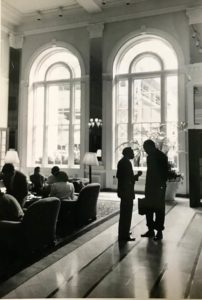 This is my absolute favorite picture with John E. Allen, Jr., Artistic Director, Freedom Theatre. RIP. We were in the lobby of the Warwick Hotel waiting for Broadway star Melba Moore to come down. John had hired me to direct Freedom’s production of “Simply Heavenly” at the Shubert Theatre starring Ms. Moore and Philly’s fabulous Johnnie Hobbs, Jr. I think this was the first day of rehearsal. Philadelphia. 1990. 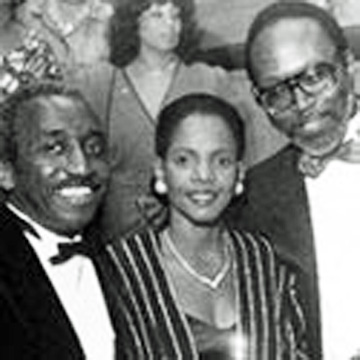 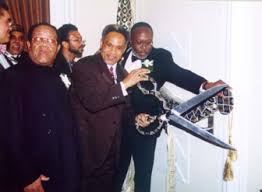 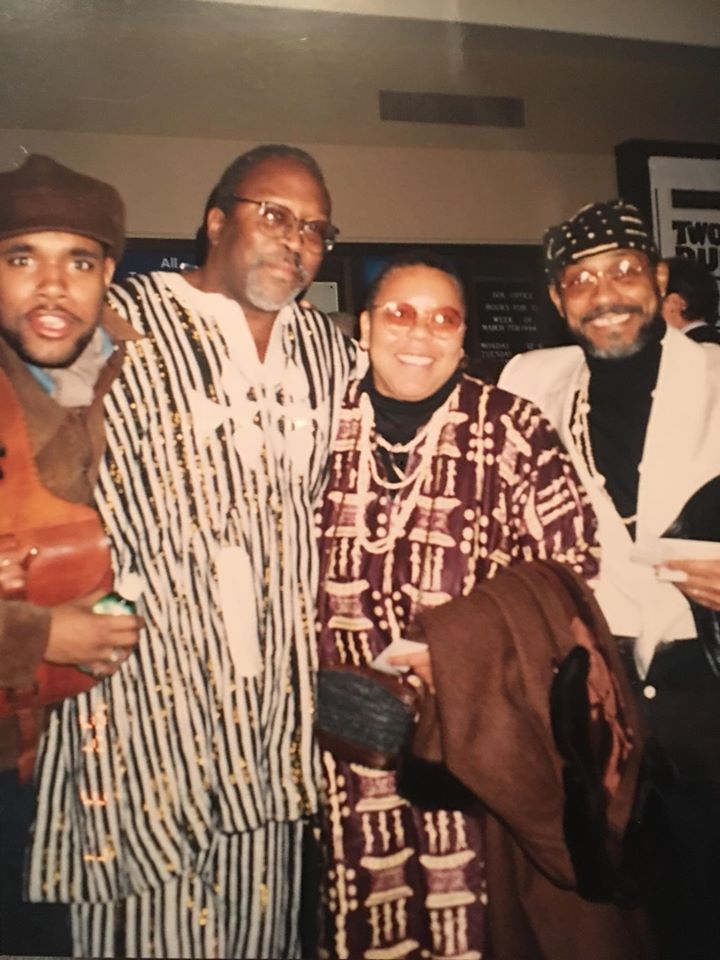 The students of Freedom Theatre., Philadelphia.

One of the first people Dallas met upon arriving in Philadelphia was Johnnie Hobbs, a teacher, and actor at Freedom. He was also one of the first people Dallas hired into the College of Performing Arts, where Hobbs would remain for 30 years. Hobbs acted under Dallas a half-dozen times over the years and called him a “genius.”
“He was extremely smart, extremely gentle, but spoke with a very firm hand. When he had to say something to you, you had to look in his eyes and he was right there with you,” he said. “I remember him telling me one time when I was running into a problem with a part: ‘Forgive yourself and let’s go. Just forgive yourself and let’s go.’” 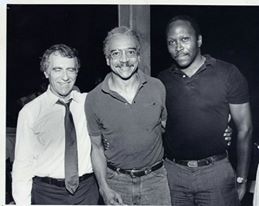 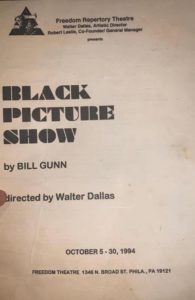 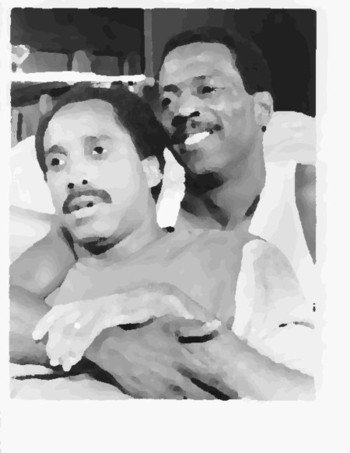