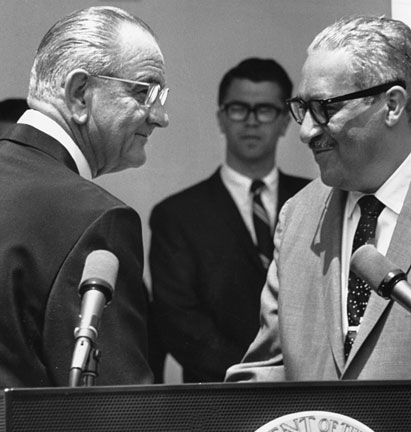 President Johnson and Thurgood Marshall  – Thurgood Marshall was America’s leading radical. He led a civil rights revolution in the 20th century that forever changed the landscape of American society. But he is the least well-known of the three leading black figures of this century. Martin Luther King Jr., with his preachings of love and non-violent resistance, and Malcolm X, the fiery street preacher who advocated a bloody overthrow of the system, are both more closely associate in the popular mind and myth with the civil rights struggle. 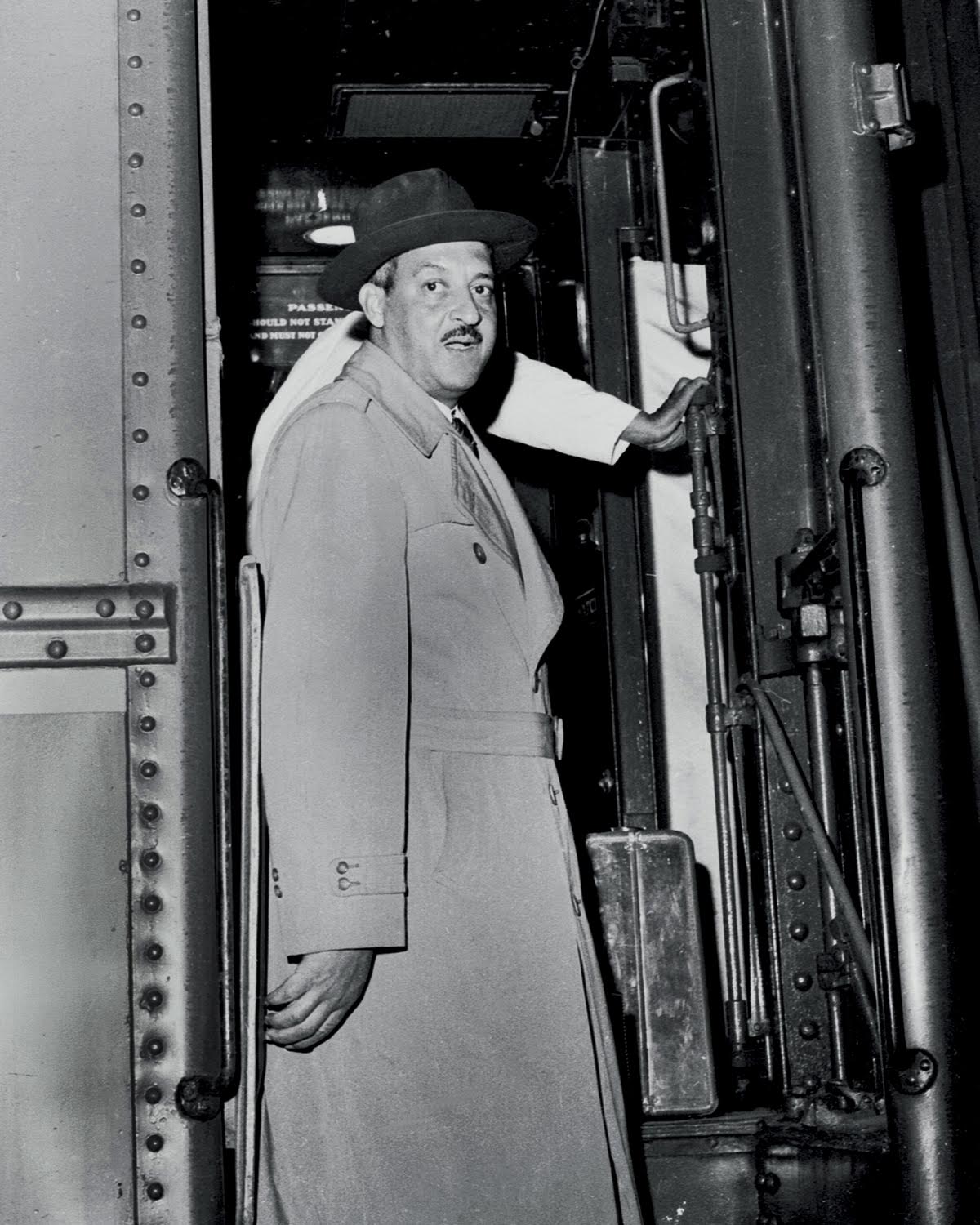 Thurgood Marshall exits a train in 1951 in Charleston, S.C., to prepare arguments for Briggs v. Elliott, the precursor to Brown v. Board. CECIL J. WILLIAMS, “OUT OF THE BOX IN DIXIE”

Thurgood Marshalls most important and most famous undertaking was the Brown vs. Board of Education case in 1954. The case was a landmark in which the Supreme Court ruled state laws establishing separate public schools for Black and White students as unconstitutional. The sixty-year buffer period between the Plessy vs. Ferguson case and the Brown vs. Board of Education case saw an increase in negative race relations due to the effects of racial segregation. The fundamentals of the concept of “Separate but Equal” were upheld in the constitution under the perception that the facilities for white and Black children would be undeniably equal. However, it was obvious that the condition of Black facilities for education purposes and white facilities were undeniably unequal. In 1951, a class-action suit was filed against the Board of Education of Topeka, Kansas. The plaintiffs who represented Brown included thirteen parents on behalf of their twenty children. They called for an end to the policy of racial segregation implemented by the school district. These people had been sought after by members of the NAACP representing Topeka. Oliver L. Brown was the named plaintiff, whose name represented the court case. He was a parent, welder, and assistant pastor at his local church, as well as an African-American. His daughter, Linda, was forced to walk six blocks in order to get the bus stop which would take her to Monroe Elementary school, a Black school located one mile away from her house, as opposed to being able to go to Sumner Elementary school, a white school which was only seven blocks away from her house. The parents who were represented in the case attempted to enroll their children in the school located closest to them, as directed by the members of the NAACP. Each student was rejected and sent to segregated schools. According to Linda Brown in a 2004 PBS Documentary, “We lived in an integrated neighborhood and I had all of these playmates of different nationalities. And so when I found out that day that I might be able to go to their school, I was just thrilled, you know. And I remember walking over to Sumner school with my dad that day and going up the steps of the school and the school looked so big to a smaller child. And I remember going inside and my dad spoke with someone and then he went into the inner office with the principal and they left me out . . . to sit outside with the secretary. And while he was in the inner office, I could hear voices and hear his voice raised, you know, as the conversation went on. And then he immediately came out of the office, took me by the hand and we walked home from the school. I just couldn’t understand what was happening because I was so sure that I was going to go to school with Mona and Guinevere, Wanda, and all of my playmates.” The district court, unfortunately, ruled in favor of the Board of Education, due to the precedent set by the Plessy vs. Ferguson case, claiming that while the effects of segregation did, in fact, cause harm to Negro children, there was no ground for relief towards the plaintiffs because the facilities, transportation, curriculum and educational requirements of teachers of both White and Black schools were in fact equal.