Due to Thurgood’s achievements and devotion to the civil rights movement, the film and theater industry have produced two notable pieces of work dedicated to the life and success of Thurgood Marshall.

In 1991, Separate But Equal became the first full-length film devoted to celebrating the success of the Brown vs. Board of Education case which Thurgood argued and won at the Supreme Court. The film stars Sidney Poitier as lead NAACP attorney Thurgood Marshall. In 2006, the one-man play, Thurgood, about the life of Thurgood Marshall, premiered at the Westport Country Playhouse. The play starred James Earl Jones as Thurgood Marshall and was directed by Leonard Foglia. Thurgood made its first Broadway debut at the Booth Theatre on April 30, 2008, which starred Laurence Fishburne as Thurgood Marshall.

In 2011, HBO screened a filmed version of the play, which was performed by Laurence Fishburne at the John F. Kennedy Center for the Performing Arts. The White House showed the screening that same year as a part of a celebration for Black History Month. 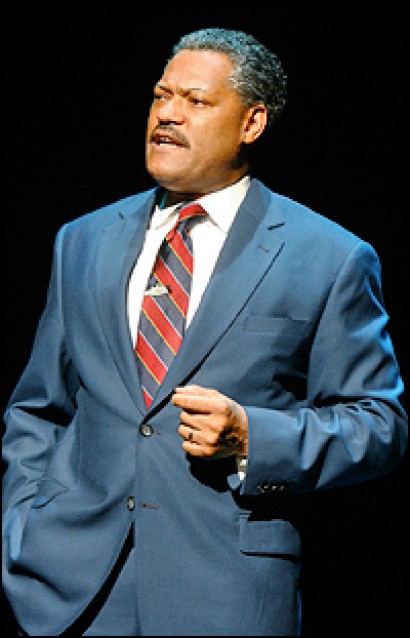 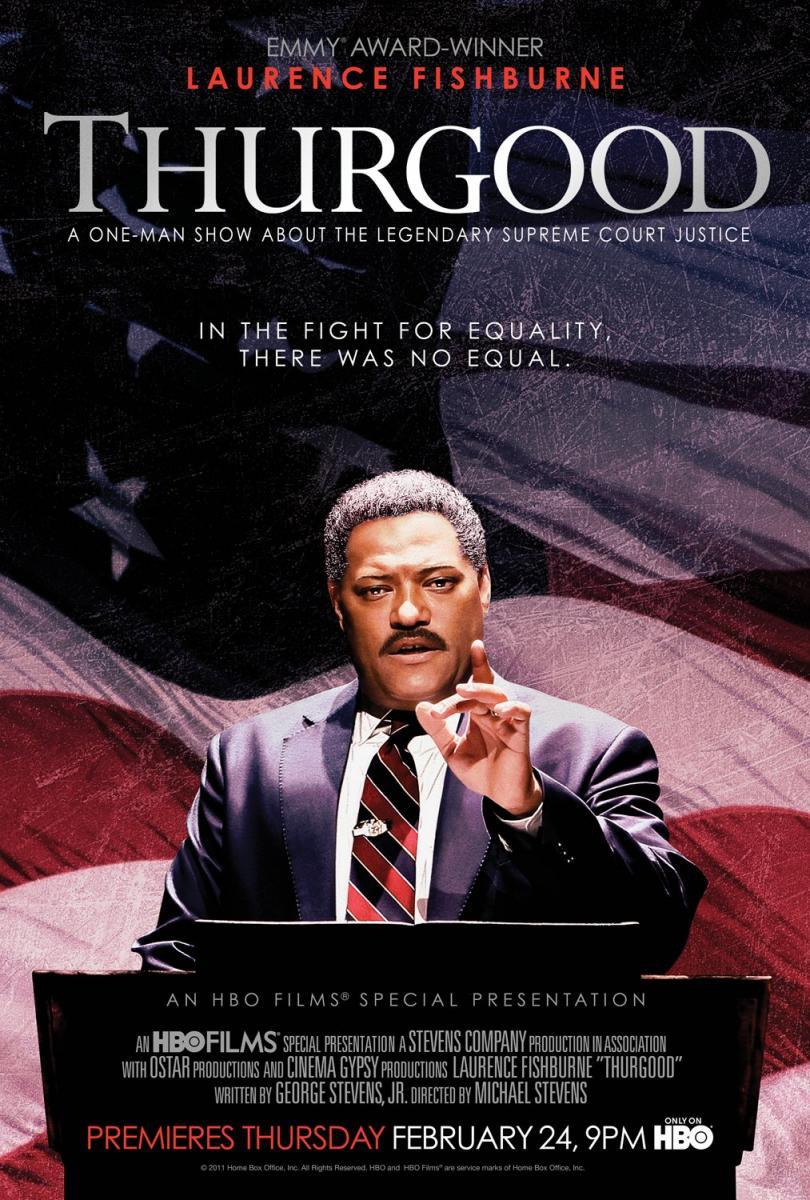 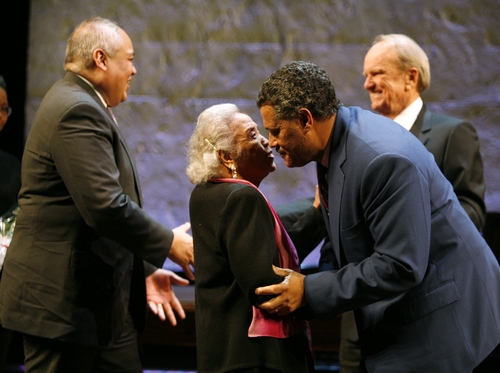 Marshall is portrayed by Sidney Poitier in the 1991 two-part television miniseries, Separate but Equal, depicting the landmark Supreme Court desegregation case Brown v. Board of Education, based on the phrase separate but equal.[47] In 2006, Thurgood, a one-man play written by George Stevens Jr., premiered at the Westport Country Playhouse, starring James Earl Jones and directed by Leonard Foglia.[48] Later it opened Broadway at the Booth Theatre on April 30, 2008, starring Laurence Fishburne.[49]

On February 24, 2011, HBO screened a filmed version of the play which Fishburne performed at the John F. Kennedy Center for the Performing Arts. The production was described by the Baltimore Sun as “one of the frankest, informed and searing discussions of race you will ever see on TV.”[50] On February 16, 2011, a screening of the film was hosted by the White House as part of its celebrations of Black History Month.[51][52]

A painting of Marshall by Chaz Guest has hung at the White House.[53] 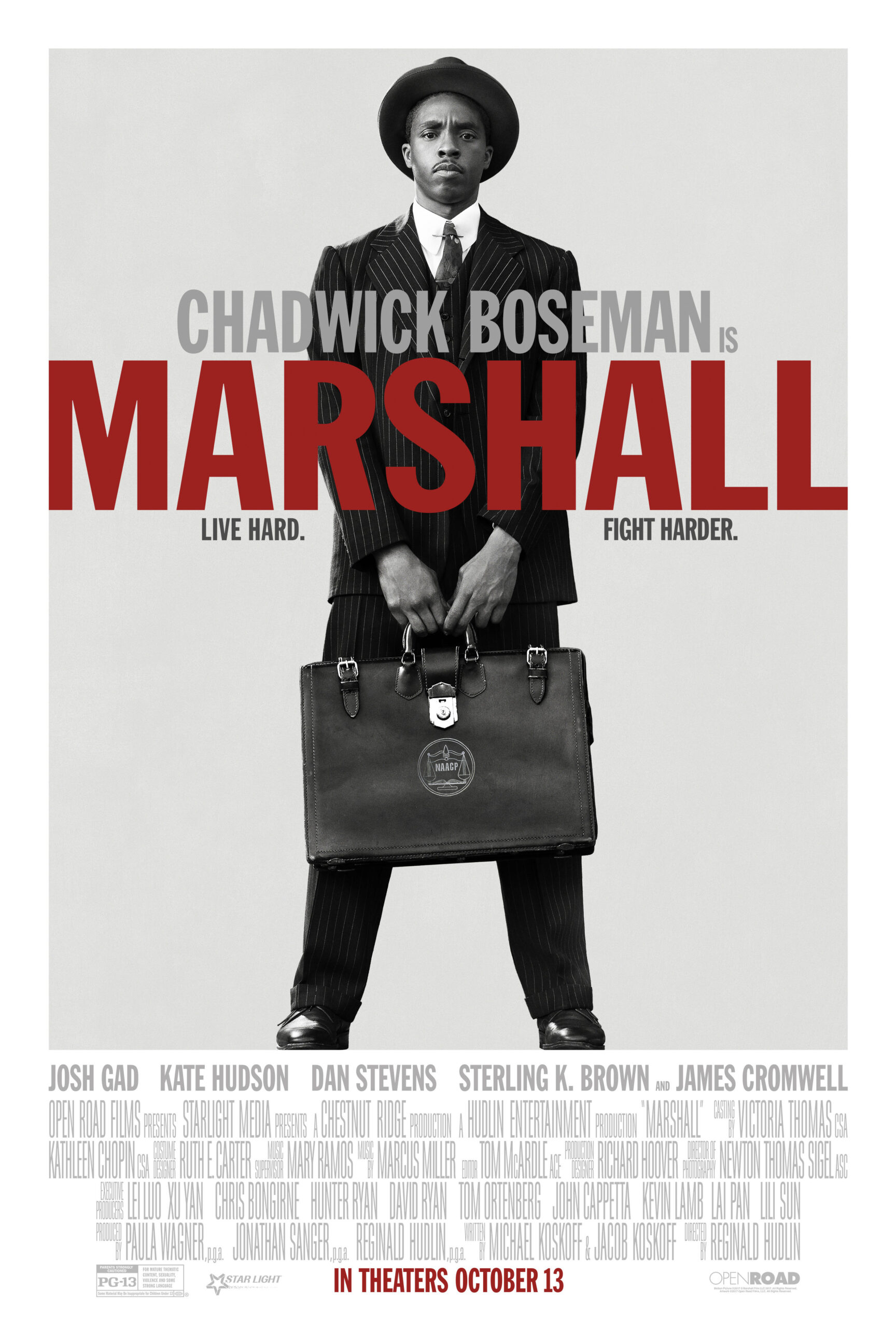 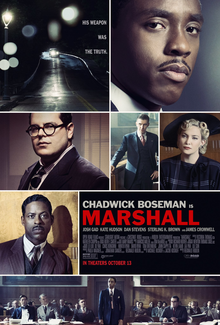 Marshall is portrayed by Chadwick Boseman in Reginald Hudlin‘s 2017 film Marshall, which revolves around the 1941 case of the State of Connecticut v. Joseph Spell. 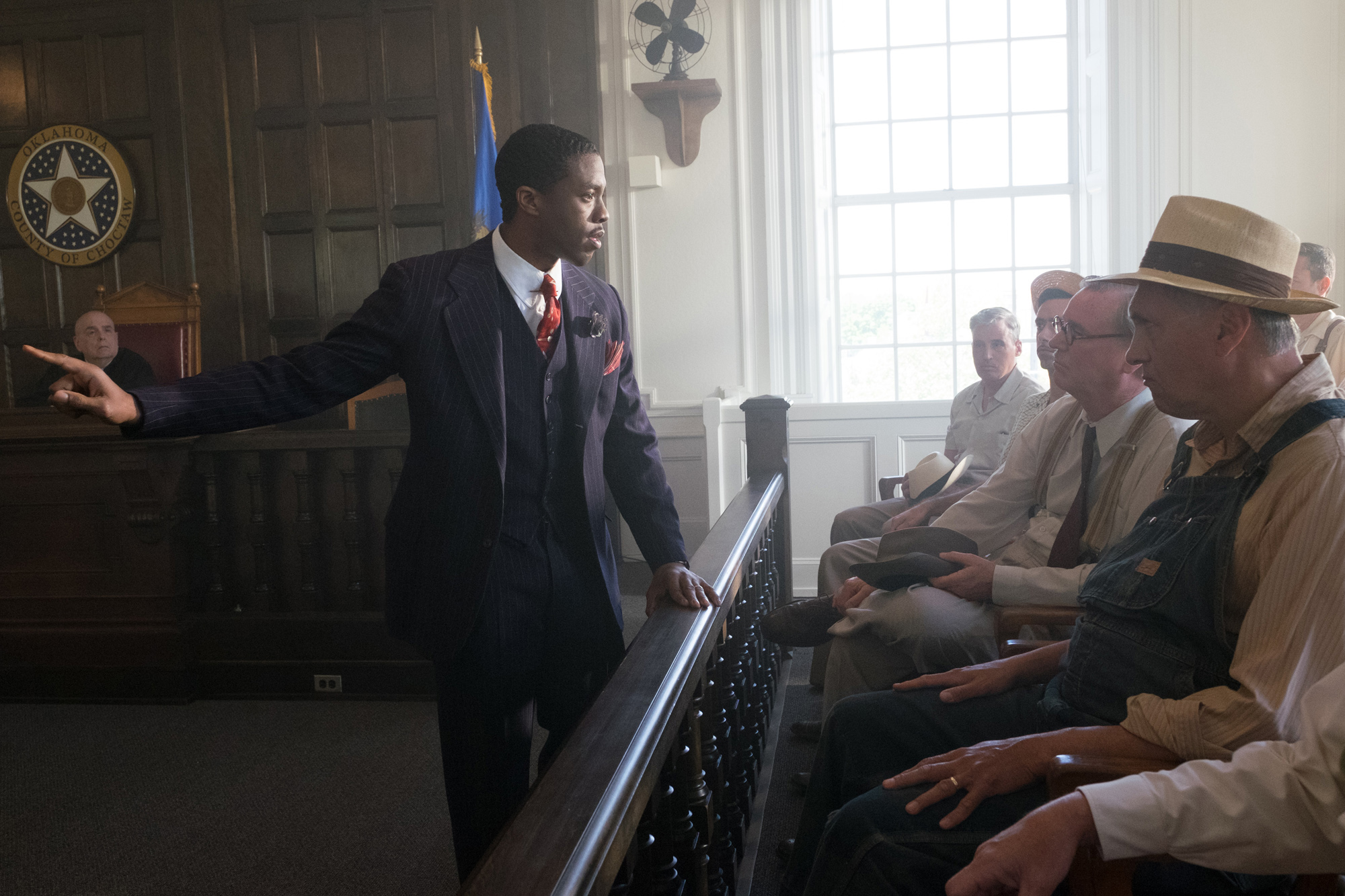 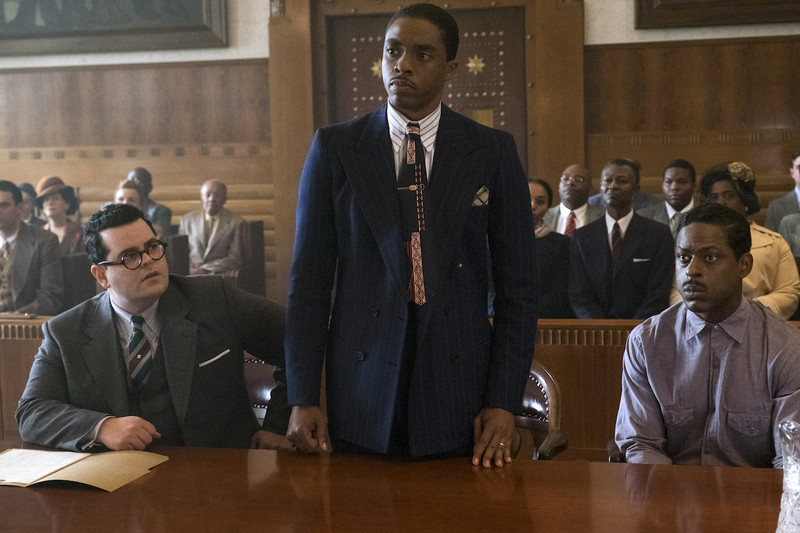