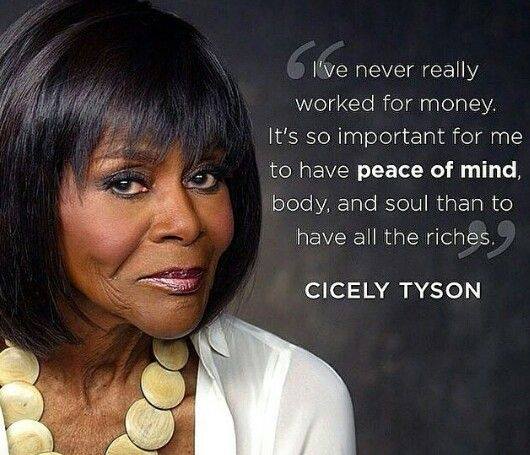 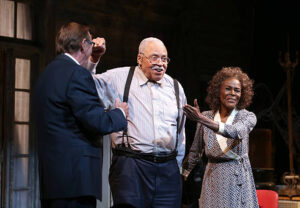 The Trip to Bountiful[Broadway]
2013
Carrie Watts 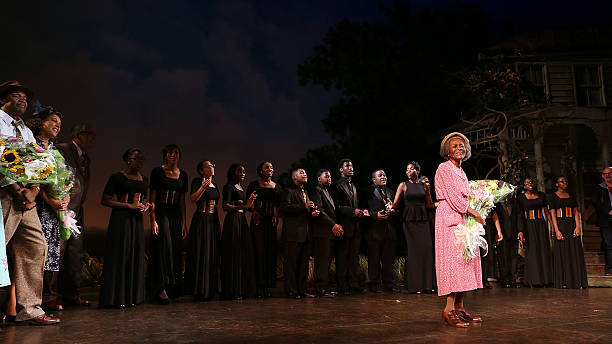 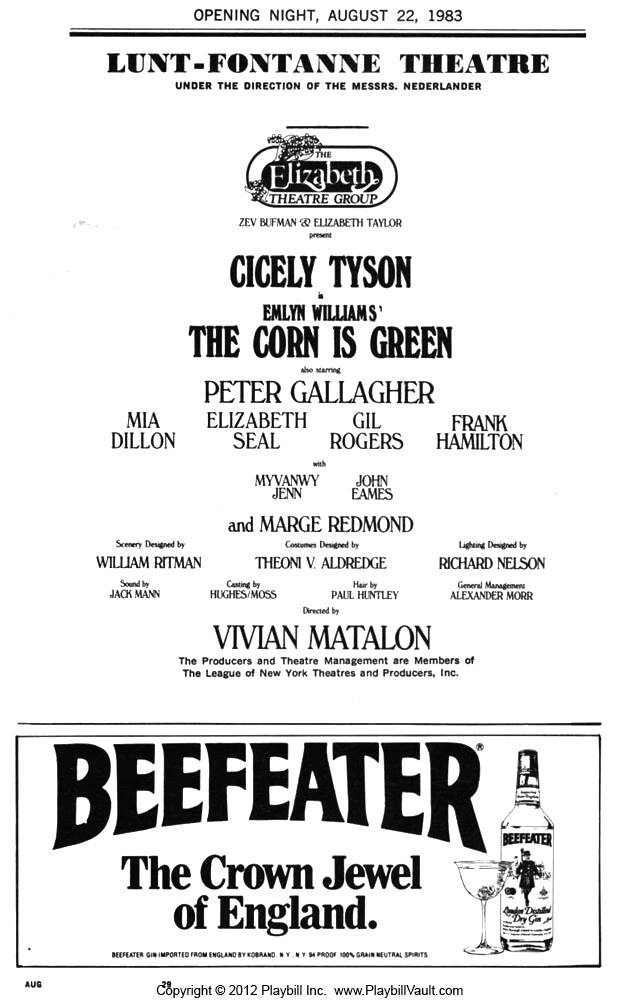 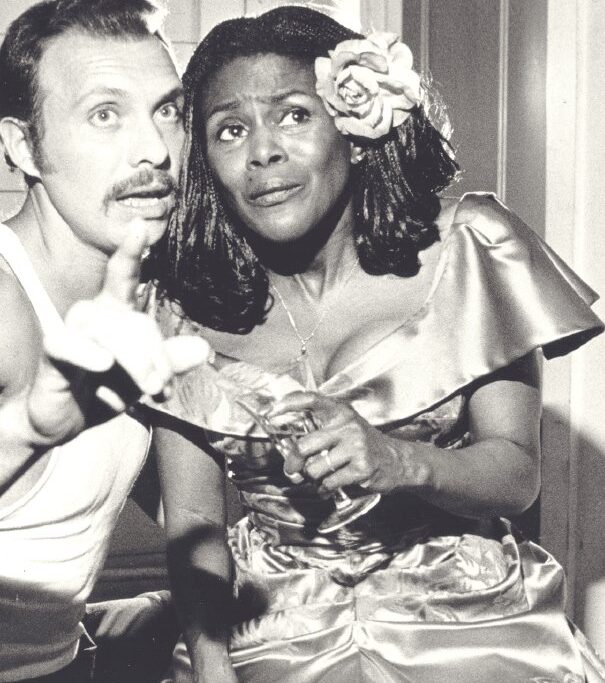 Hector Elizondo and Cicely Tyson in The Rose Tattoo by Tennessee Williams
at Berkshire Theatre Group, 1979. Directed by Craig Anderson. 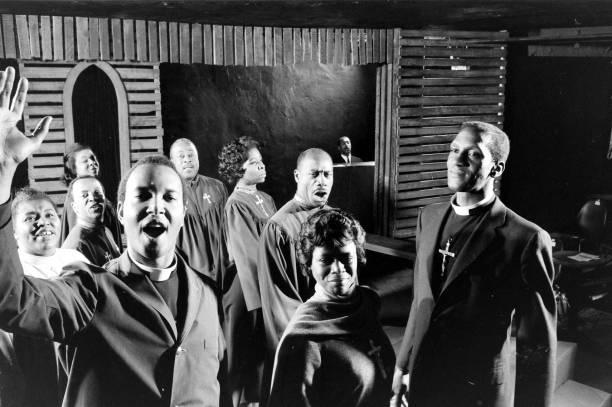 Cicely Tyson with people gathering during the play ‘Trumpets of the Lord‘, United States, May 1964 (Photo by Gjon Mili/The LIFE Picture Collection via Getty Images)

To Be Young Gifted and Black [Off-Broadway]
1969
Performer 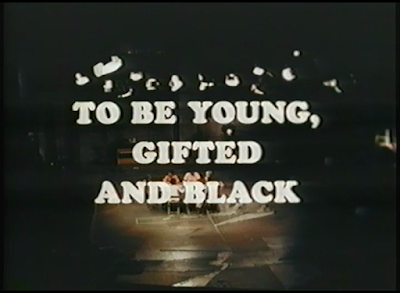 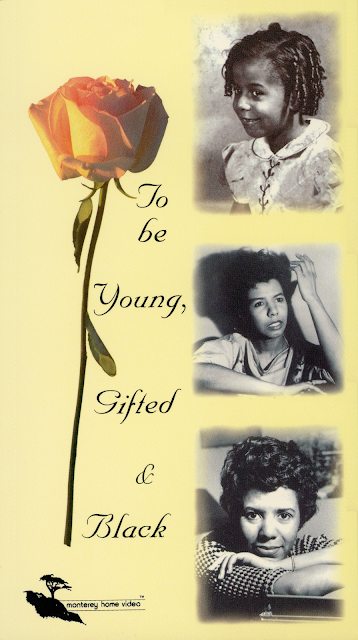 To Be Young, Gifted and Black opened on January 2, 1969, at the Cherry Lane Theatre in New York City. Directed by Gene Frankel. 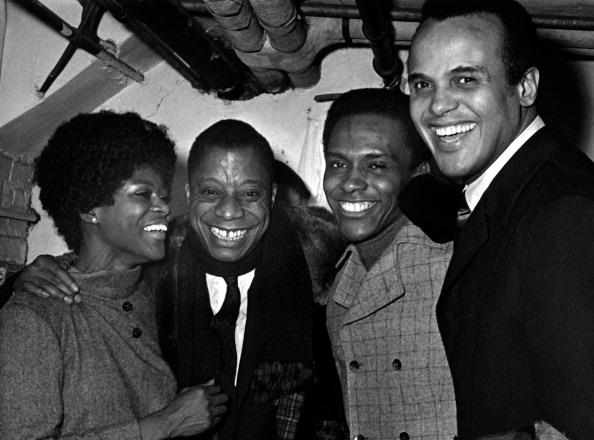 Carry Me Back to Morningside Heights [Broadway]
1968
Myrna Jessup 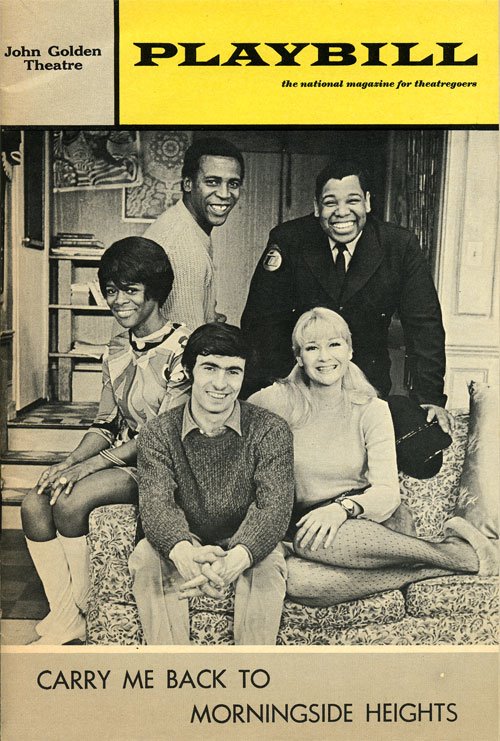 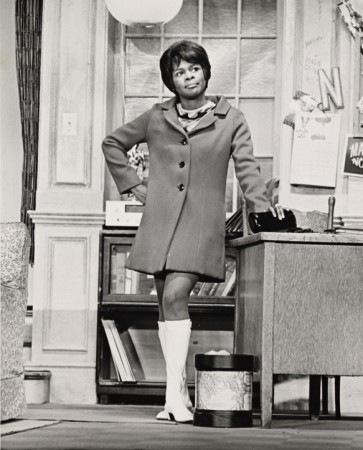 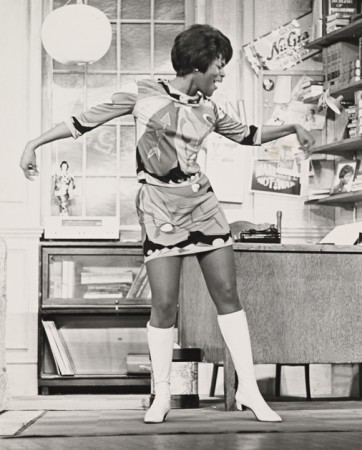 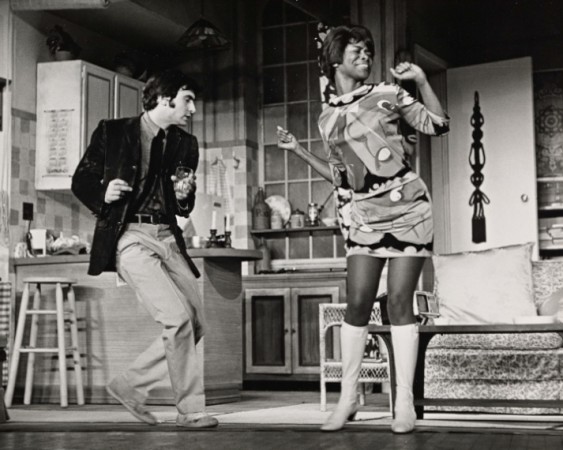 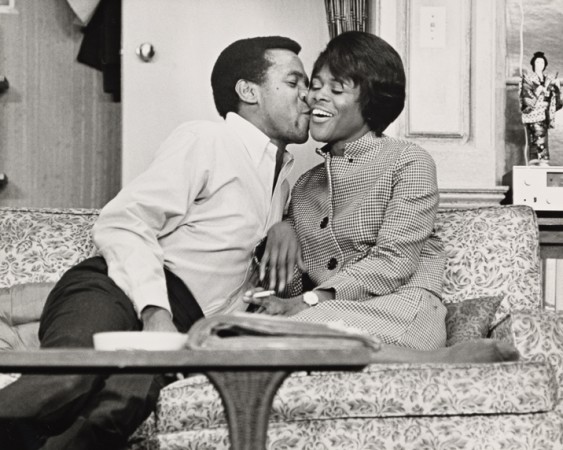 A Hand is on the Gate [Broadway]
Original Broadway Production, 1966
Performer 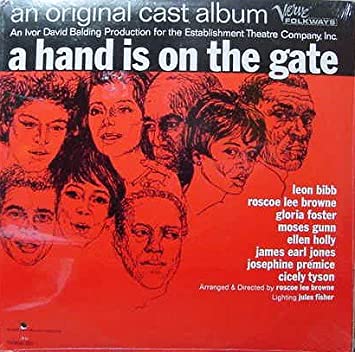 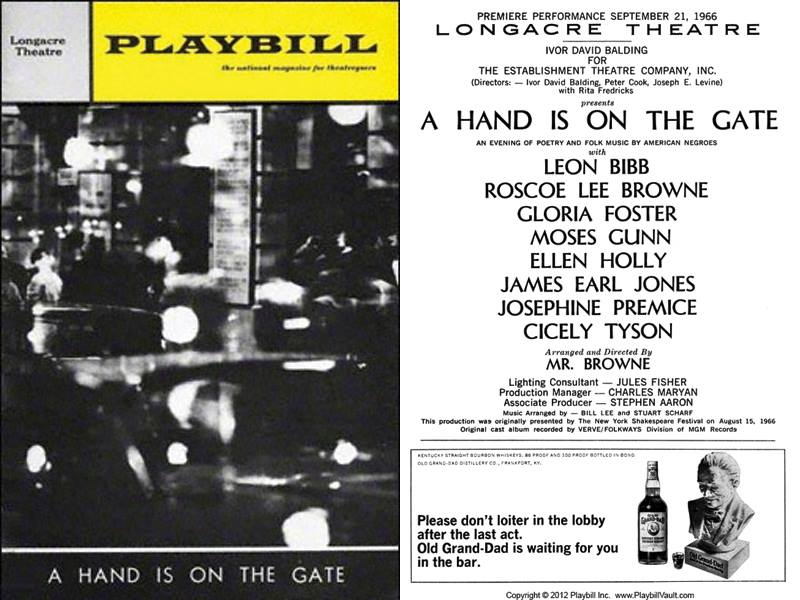 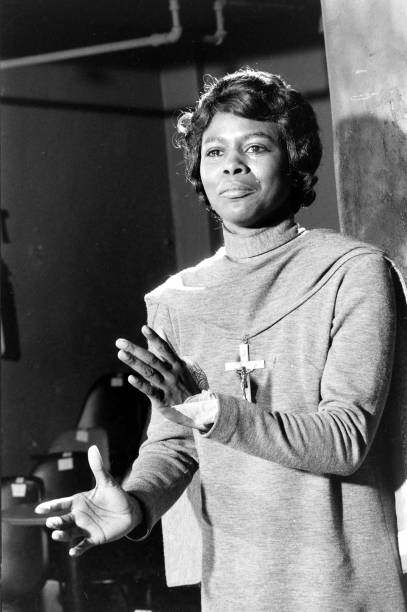 Cicely Tyson singing ‘We Shall Overcome‘ on the scene in the play ‘Trumpets of the Lord,’ United States, May 1964 (Photo by Gjon Mili/The LIFE Picture Collection via Getty Images) 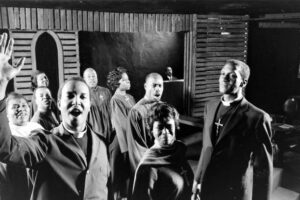 Cicely Tyson with people gathering during the play ‘Trumpets of the Lord‘, United States, May 1964 (Photo by Gjon Mili/The LIFE Picture Collection via Getty Images) 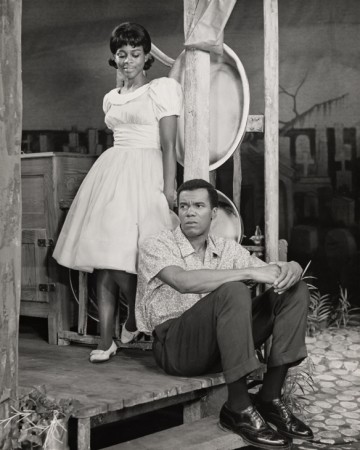 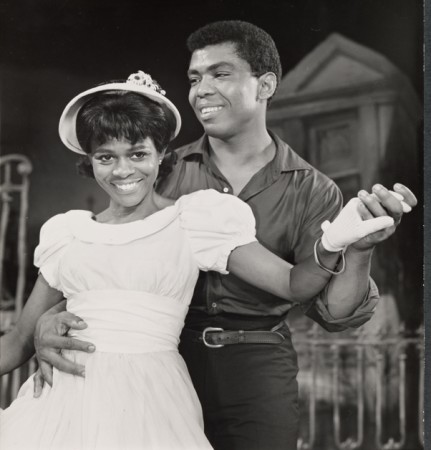 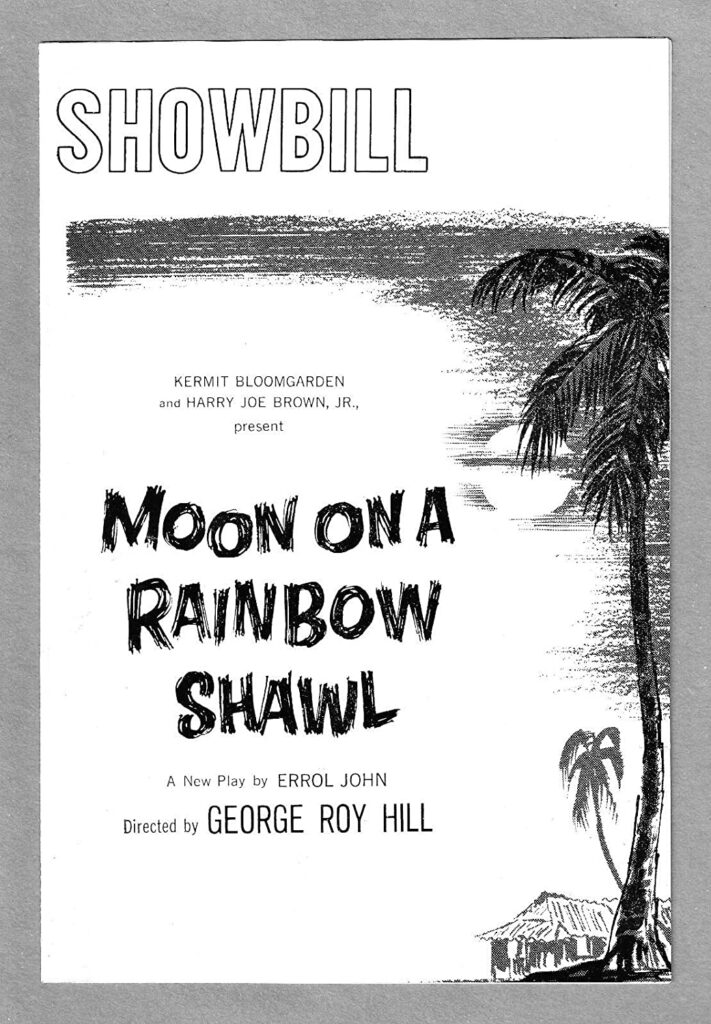 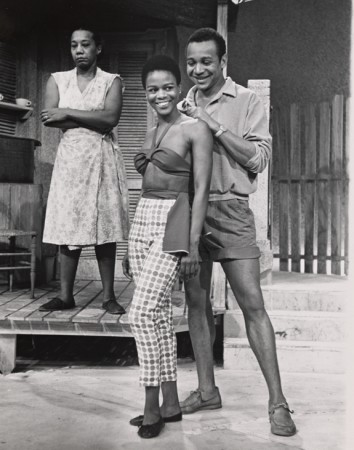 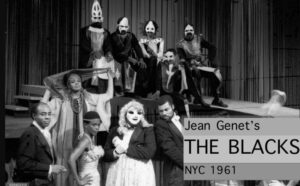 The Blacks: A Clown Show (French: Les Nègres, clownerie) is a play by the French dramatist Jean Genet. Published in 1958, it was first performed in a production directed by Roger Blin at the Théâtre de Lutèce in Paris, which opened on 28 October 1959.
Synopsis
A review of the Theatre Royal Stratford East production (2007) states:
Using the framework of a play within a play, it exposes racial prejudice and stereotypes while exploring black identity. As a troupe of black actors re-enacts the trial and ensuing murder of a white woman before a kangaroo court, the Queen and her entourage look on and comment. Five of the 13 black actors white up to play the establishment figures. The Queen (a whited-up woman) comes to a Command Performance, but the proceedings are far removed from any Royal Variety Show. 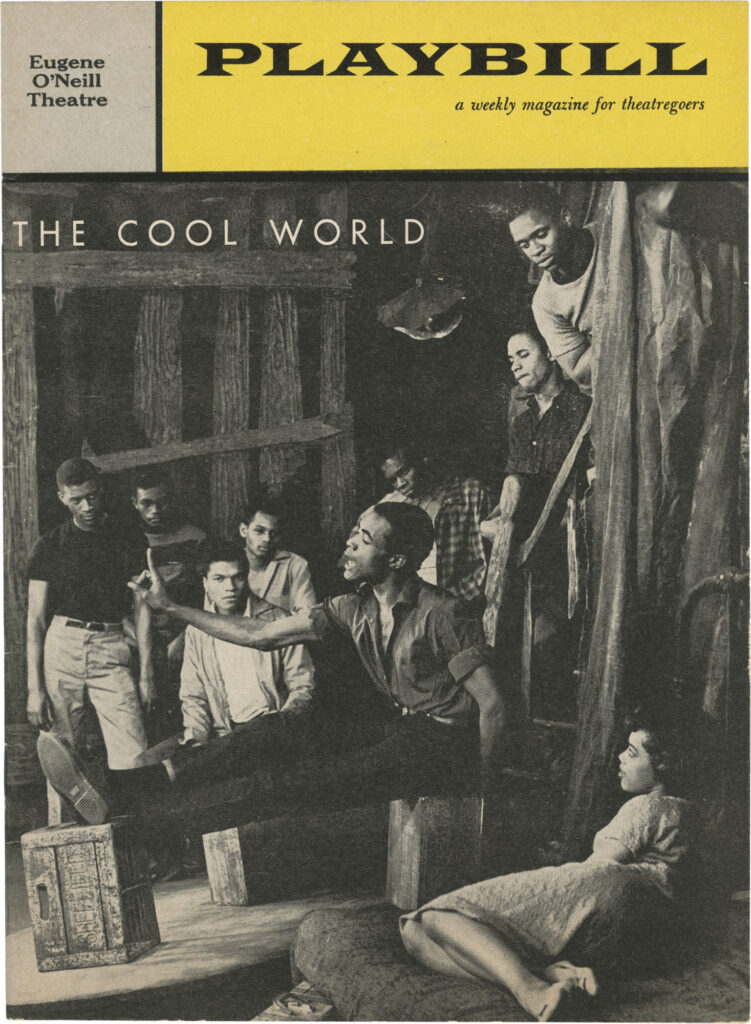