Her visit of sharing her excellent gifts with us… was over.

Tracee Ellis Ross: “When speaking of or remembering Cicely Tyson, legacy is not enough to convey the breadth and scope of what she shared with us, what she leaves behind. Her groundbreaking career was anchored in a higher calling. Her spirit was both gentle and bold. Her choices were purposeful and honest. With a career full of ‘first,’ she forged a path for those to come after her (including me). As the first Black woman to wear her hair naturally on a television show, she said, ‘I wanted to alter the narrative about how Black people, and Black women particularly, were perceived by reflecting their dignity.’ She spent her entire career uplifting our beauty and humanity. I am forever grateful for her grace and for the way she answered her calling.”

Lynn Whitfield: “Her work was exquisite. Her art was exquisite. Detailed. Textured. Authentic. And beyond that, as a woman, as a human, she should be known for her wisdom, her vulnerability, and her humor. Her complexity and her activism. Cicely walked as a soulful queen through it all, teaching us that royalty need not be unapproachable, but available, hardworking, and joyful. By example, she led. Without the inspiration of Cicely Tyson being who she was, I would not be who I am.”

Ryan Michelle Bathé: “She was extraordinary, but the patience and stamina she had to have to accomplish so much are truly mind-boggling. Her lifetime is and was a monument to being the first, to paving the way, to becoming an icon. To say that we all owe her is insufficient. To say thank you Ms. Tyson’ also feels woefully insufficient. To say she was courageous and fierce in the face of odds that we can’t imagine is, again, just insufficient. The only thing we can do, those of us who want to honor her legacy, is the work. Every day. Live with grace and courage. Pave the way for others. And to live with stamina, knowing that our race may belong, but we are built to go the distance. Cicely Tyson, I love you and I honor you. Always.”

Xosha Roquemore: “I recently had the once-in-a-lifetime honor of working very closely with Ms. Tyson. I was nervous, intimidated, and elated all at once. Upon meeting her I was blown away by her warmth and wit. Once we got on set and the cameras were rolling, I was dazzled by her skills and work ethic. She was an actor’s actor, wanting to rehearse and dive deep into the psyche of our characters. In between scenes, we would chit chat and she shared so many wonderful stories from her journey.
The woman was a legend and was able to build a prolific career from the ground up as a dark-skinned Black woman in a business and in a world that isn’t always kind to us. She said the thing that kept her going was enjoying the journey and simply never stopping. She knew what she wanted and what she was worthy of and she made the necessary sacrifices to achieve those things. She passed on projects that didn’t give Black female characters the dignity they deserved. And the projects that she took gave life to Black women and showed us in ways we had yet to be seen. She was a class act and she opened doors for all of us, especially those of us with a darker hue. She was the truth and an icon. Ms. Tyson’s legacy is a bold reminder that I am enough just as I am.”

Lorraine Toussaint: “Watching Cicely on stage doing ‘The Trip To Bountiful’ was one of the greatest acting lessons I have ever received. Then in her late 80s, Ms. Tyson went up on her lines and had to stop and regroup. Her grace, her authenticity, her willingness to fully allow us into her masterful process was thrilling. After she reentered from the wings, Cicely picked us up mid-emotion and effortlessly and deftly continued the scene. We jumped to our feet in a glorious standing ovation at the intermission break. She was magnificent. She was an actor’s actor. Thank you, Ms. Tyson. Safe travels.”

Regina King: “Ms. Tyson’s legacy has left an indelible mark. She always kept her head high and imparted wisdom every time she had the mic. Her grace, choices, and everything she stood for was like a lighthouse pointing me in the right direction whenever I was unsure where to go.”

Gabrielle Union: “Cicely Tyson’s legacy is a blueprint for Black artists to cultivate, nurture and enjoy their craft while simultaneously centering Blackness unapologetically. She led from the front. She talked the talk and walked the walk for our people and her silence and submission were not required ingredients necessary for her tremendous success.”

Taraji P. Henson: “Cicely Tyson was always my guideline for greatness and a blueprint to creating my own legacy to leave behind. She fought many battles that allowed me the audacity to not just dream but make those very dreams come to fruition. She fought so we could continue the fight, making it easier for the next brown girl to dream of her own legacy. Queen Cicely Tyson. So grateful to have witnessed all of your GREATNESS. Rest in God’s loving arms.”

Issa Rae: “I get emotional thinking about it because we don’t have many Black female icons who have been doing it as long as she’s been doing it, and who’s been committed to us in such a rich way. She was one of those people that you hope would live forever just by her presence. And I think all of us felt at peace with her. She was a part of all of our families and to lose her is hurtful. But she accomplished so much, she overcame so much, and she did it with such dignity and grace and love. And you can only, one can only hope to have a legacy like hers.”

Kron Moore: “Cicely Tyson was one of the first actresses who made an impression on me. She was fearlessly, unapologetically Black, and has left a legacy of pride and excellence that I recall any time I begin to doubt my worthiness. I’m so grateful and humbled to stand on the shoulders of our national treasure.”

Madalen Mills: “Thanks to the thoughtful work of Ms. Cicely Tyson, young Black girl actresses can aspire to tell the many stories of who we are. I can dream with no limits but at the same time, recognize and honor the path Ms. Tyson paved for so many.”

Dominique Fishback: “When I was 14, I watched ‘Family Reunion’ and she was talking about divine love. And she said, ‘I knew that I was not just blessed, I had been divinely favored.’ And I remember, it spoke to me. I said, ‘That’s me. I feel like I’m divinely favored.’ And I held onto that and at 20 years old, I got this tattoo on my shoulder that says ‘divinely favored.’ People never really ask me what it means.
I was nostalgic in December, and I rewatched her and I rewatched that moment and I remember it resonated with me, and I said, ‘Oh, she’s still with us.’ She wrote her autobiography for us to have and move forward and continue to learn. I mean 96 years old, that is a blessed life.”

Oprah Winfrey: “Cicely decided early on that her work as an actor would be more than a job. She used her career to illuminate the humanity in Black people. The roles she played reflected her values; she never compromised. Her life so fully lived is a testimony to Greatness.”

https://www.huffpost.com/entry/cicely-tyson-black-women-hollywood_n_60254aa2c5b6d667582b2449?guccounter=1&fbclid=IwAR1jIvYEPwqavTy0qB-MvYGI_HdYQufkpTBMyyr3AGd3jCbm82dh_dqOMbc
These interviews have been lightly edited for clarity. 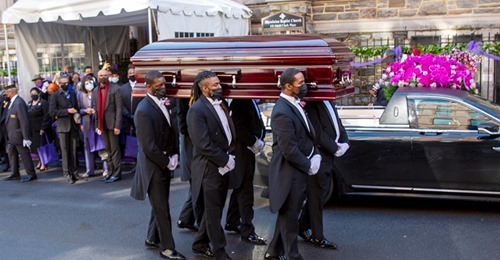 Pallbearers carry the casket of pioneering Cicely Tyson from Harlem’s famed Abyssinian Baptist Church to a hearse on Tuesday, Feb. 16, 2021. Tyson died on Jan. 28 at the age of 96. AP – Chicago Sun-Times 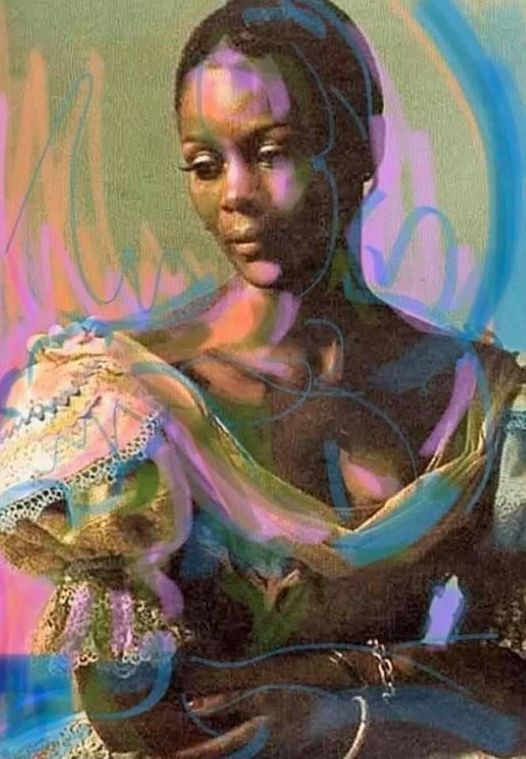 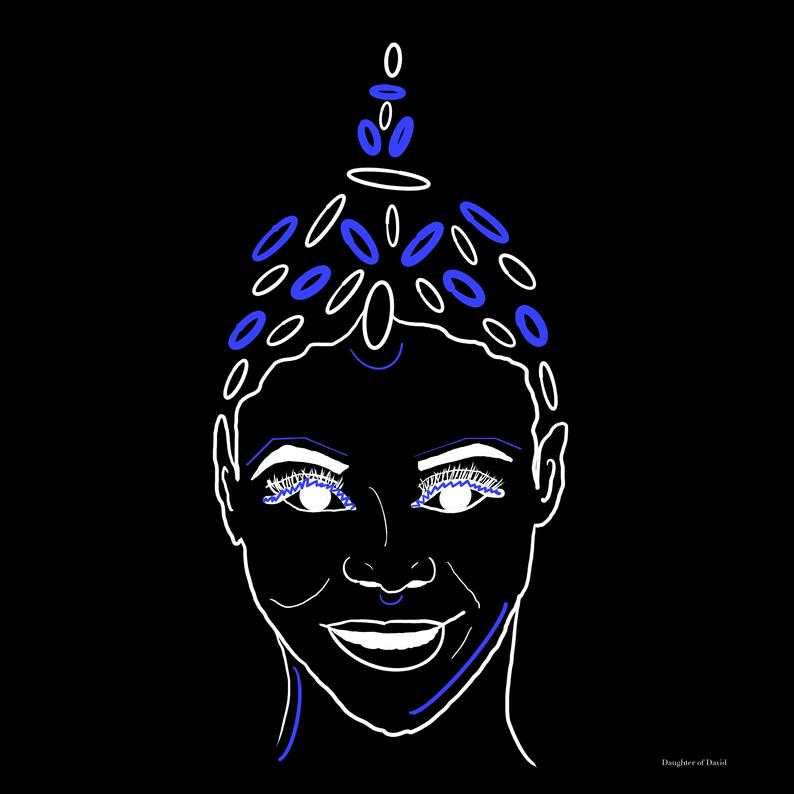 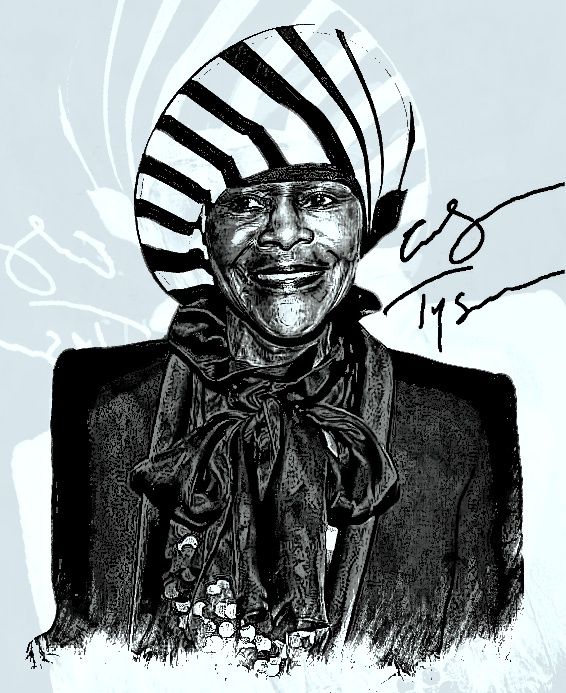 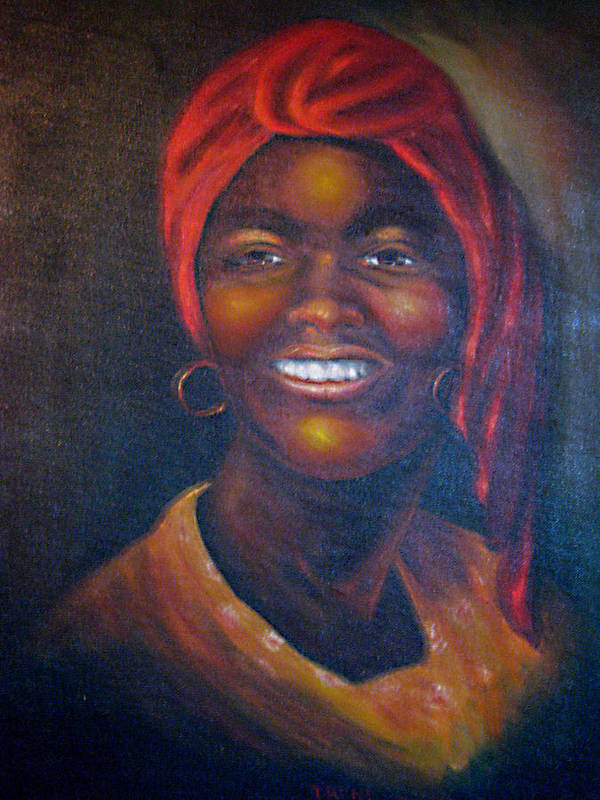 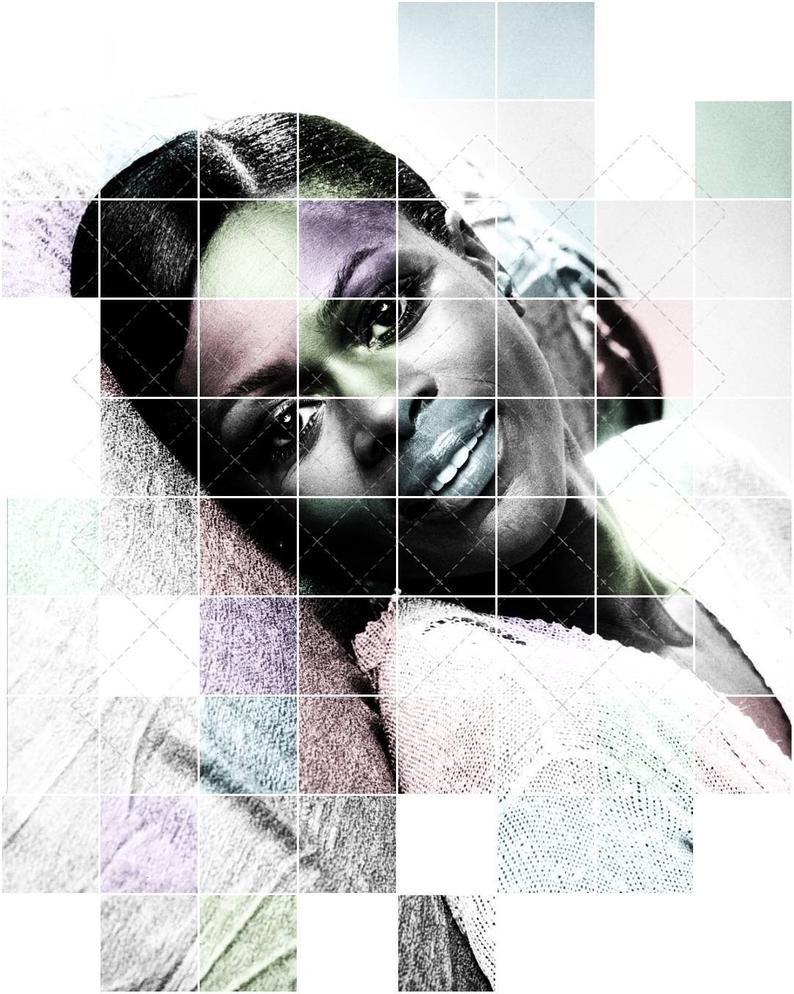 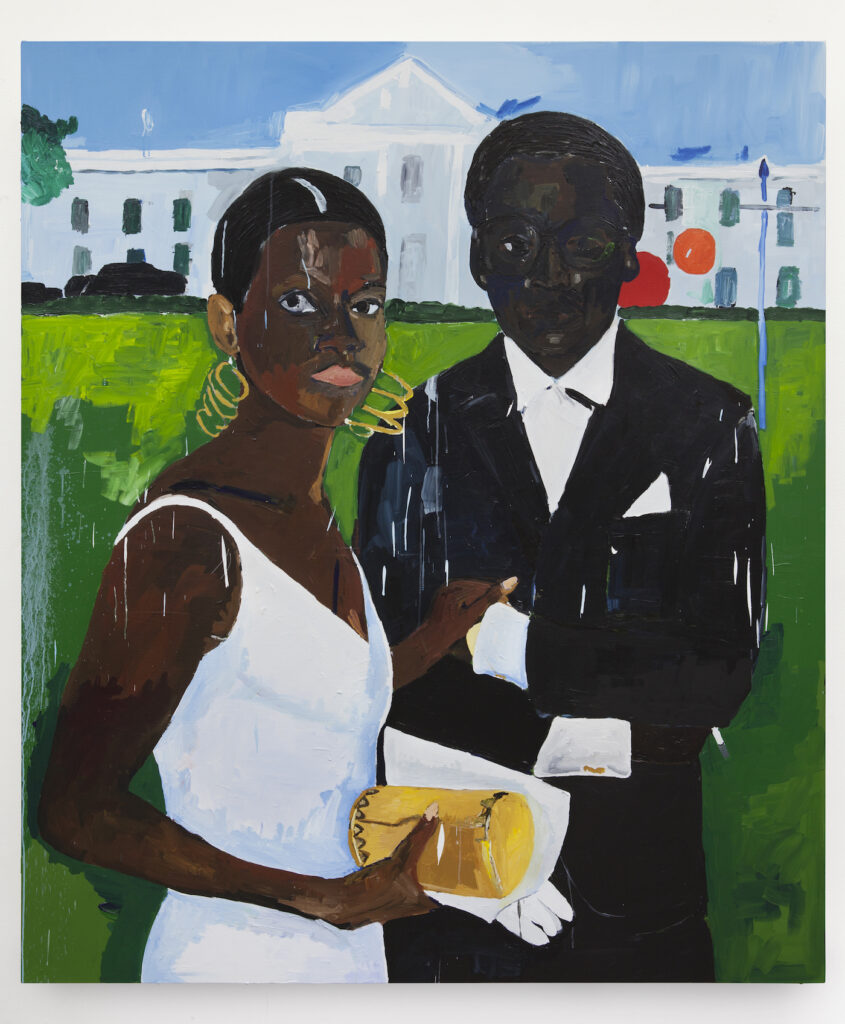 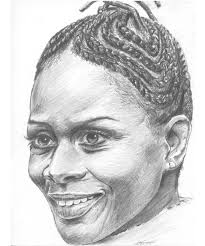 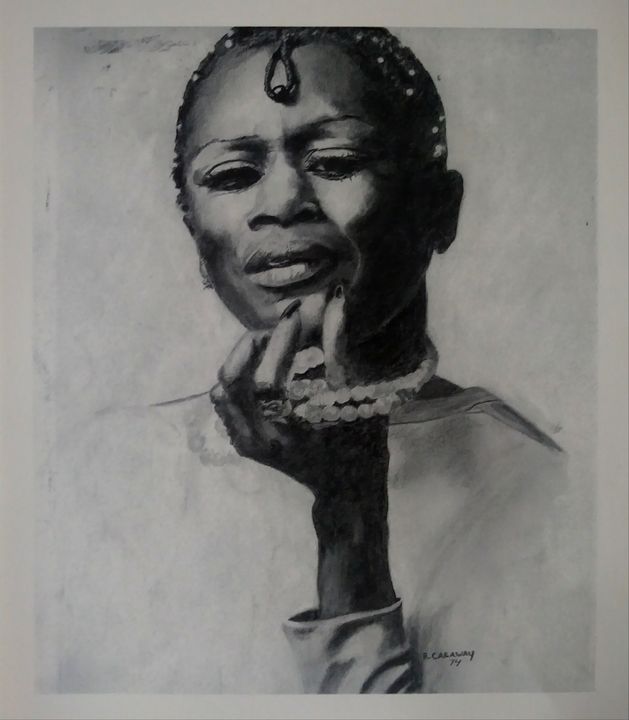 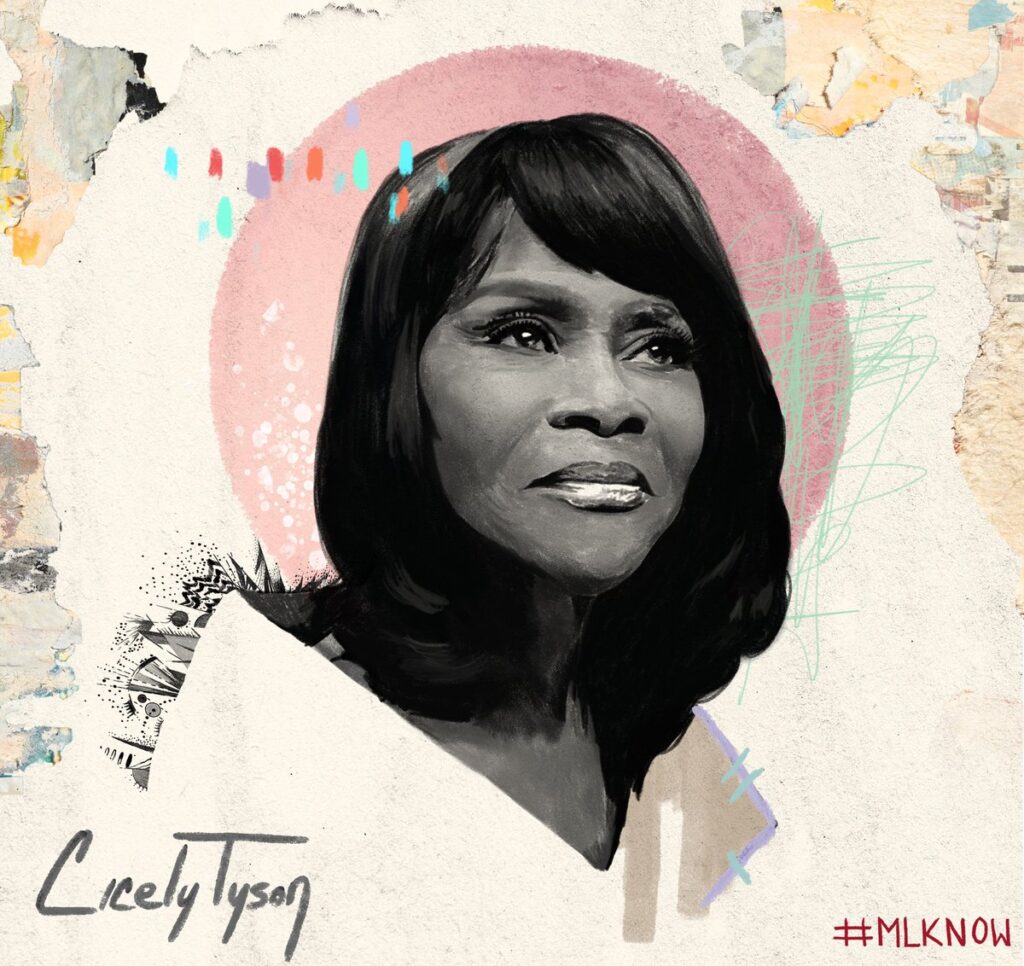 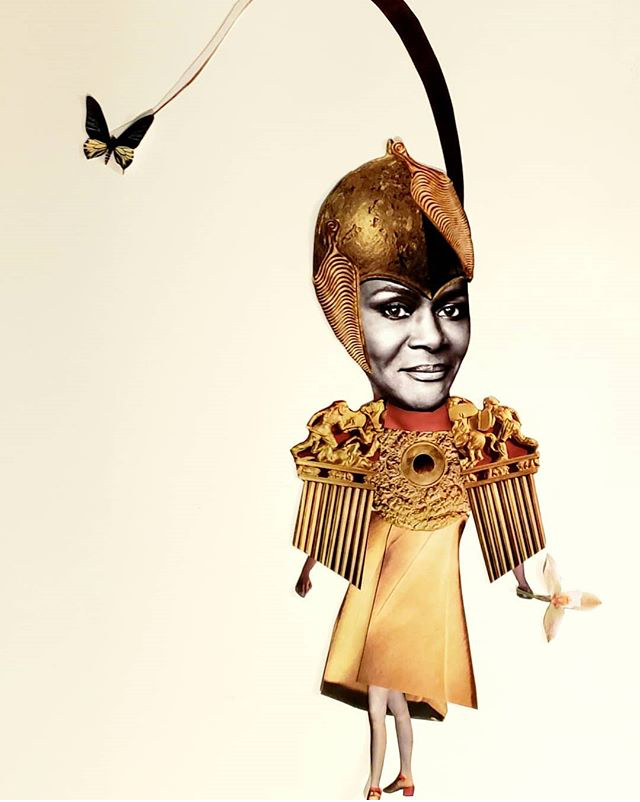 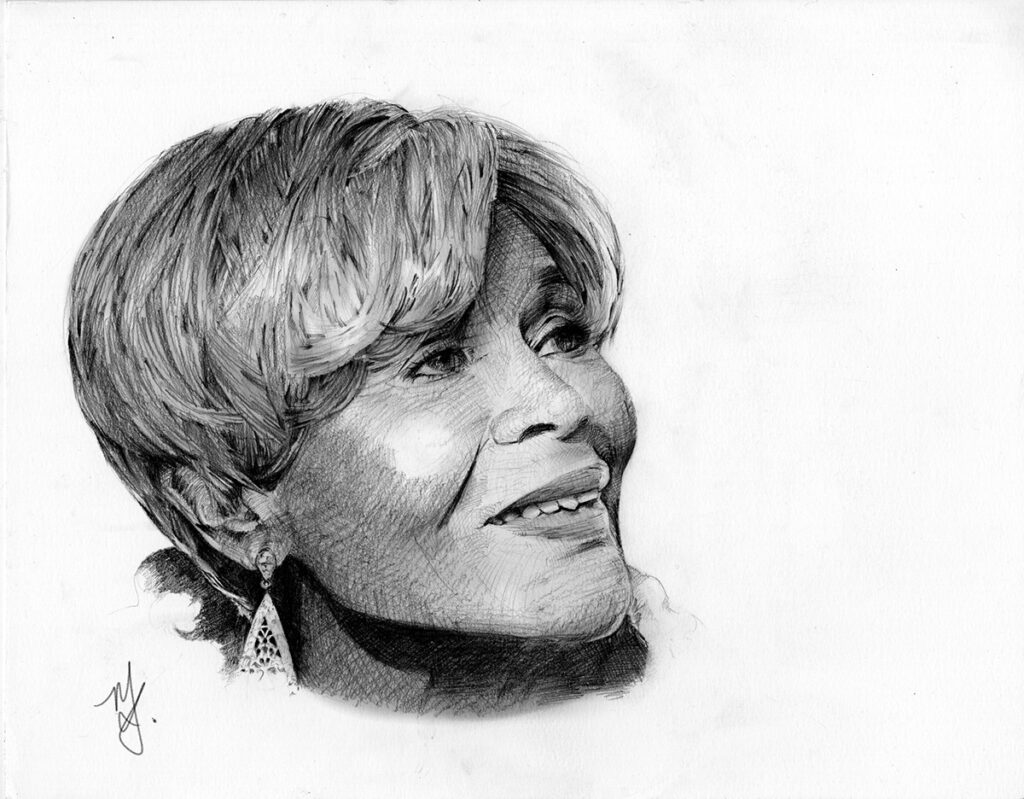 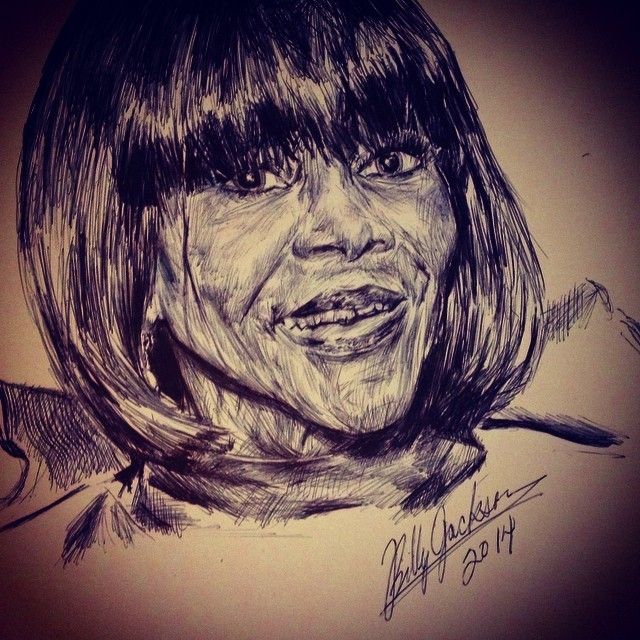 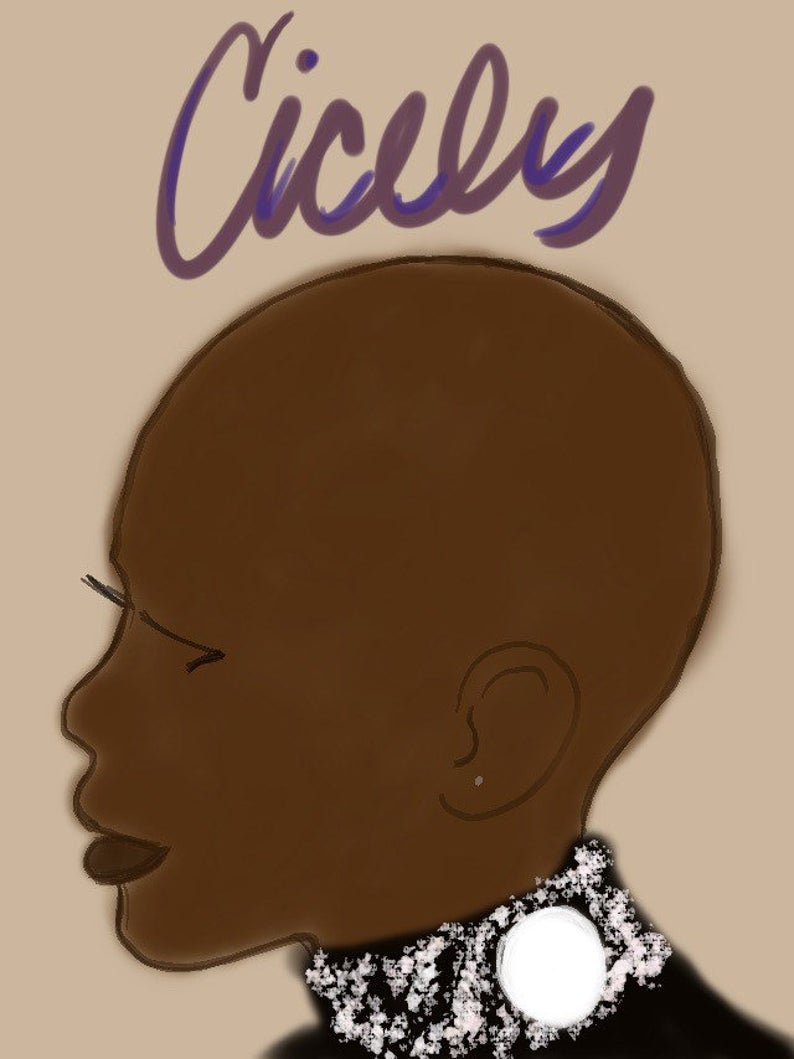 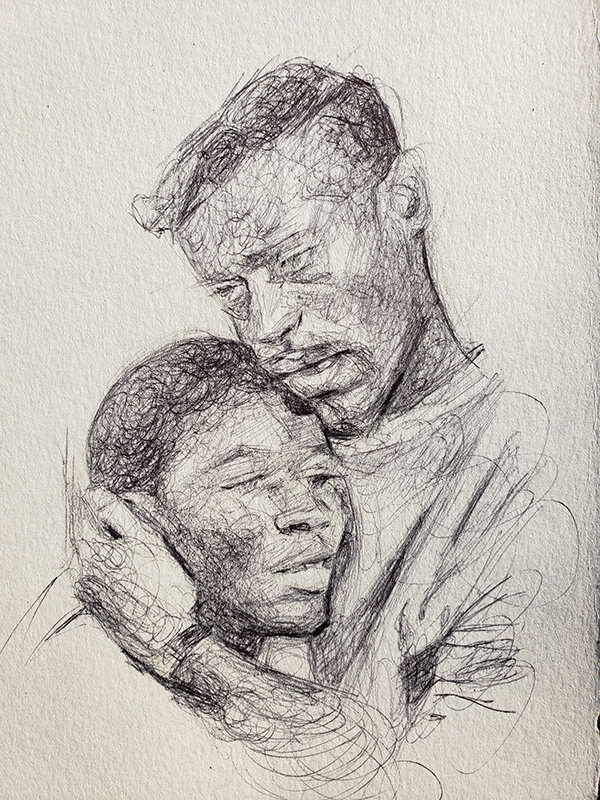 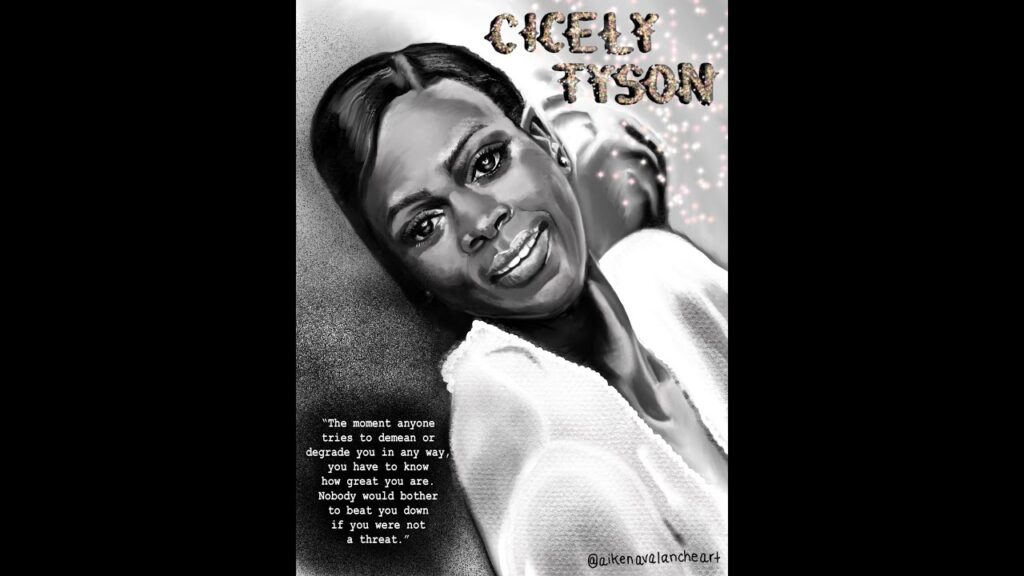 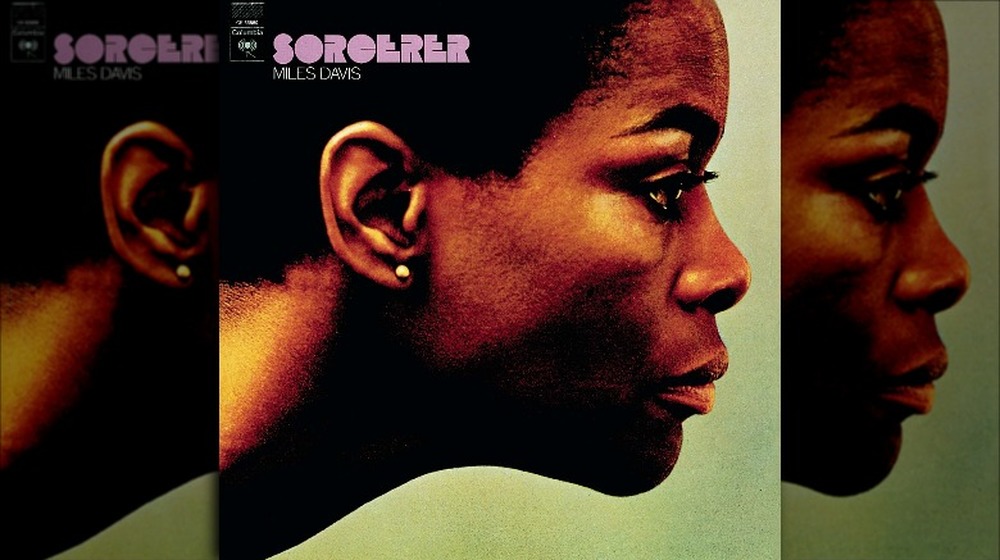 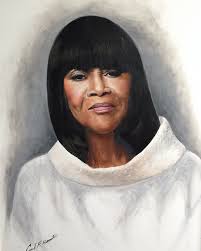 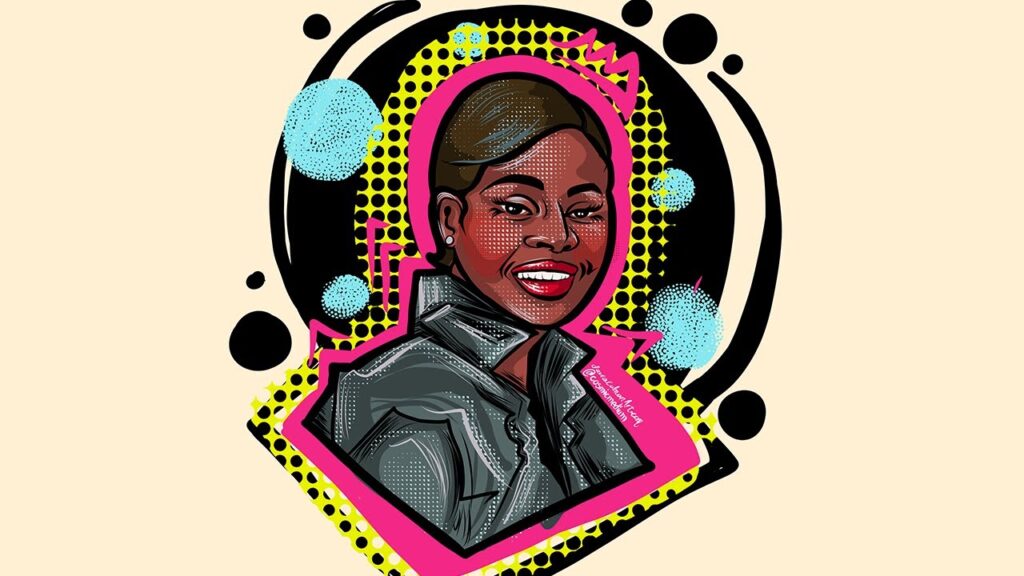 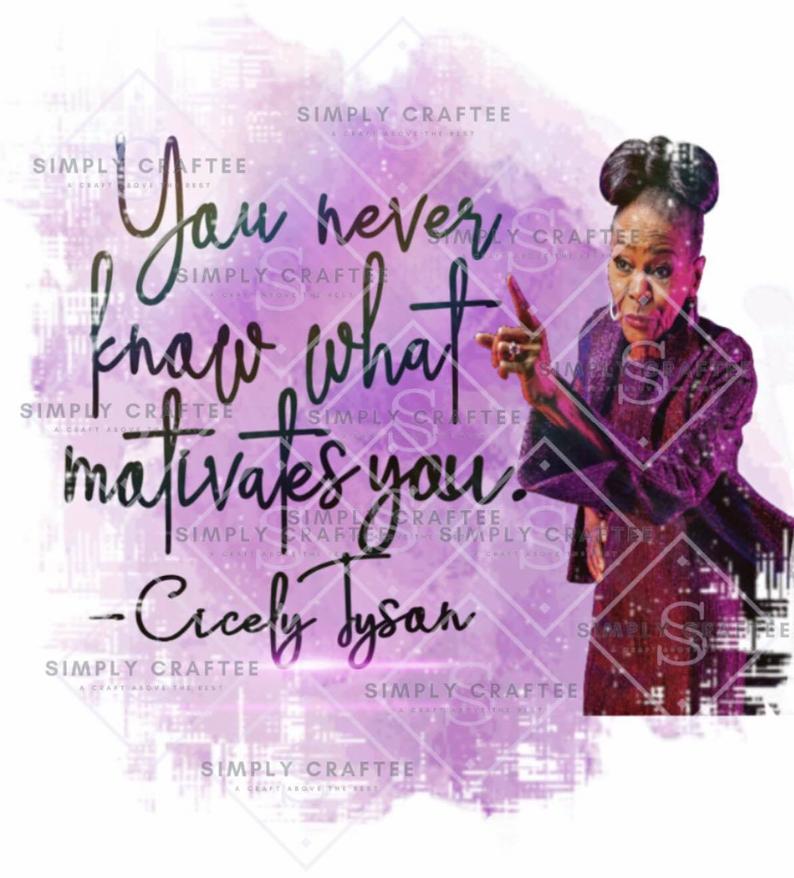 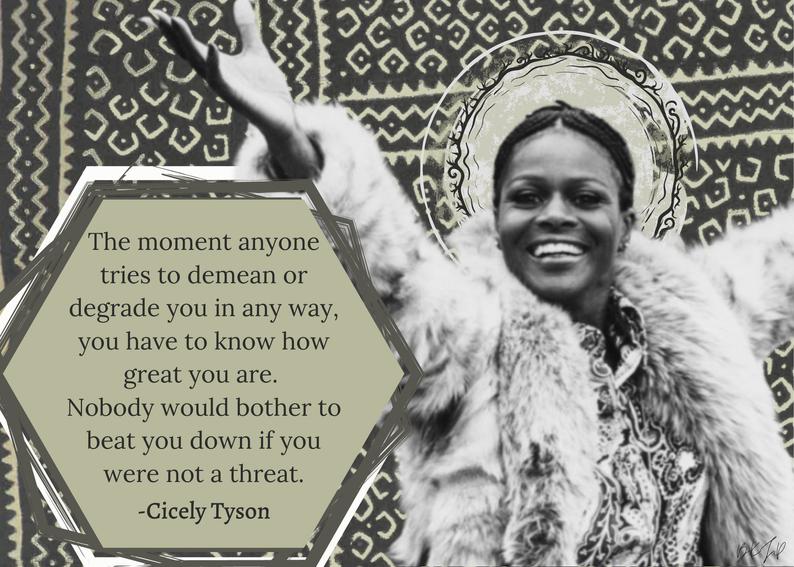 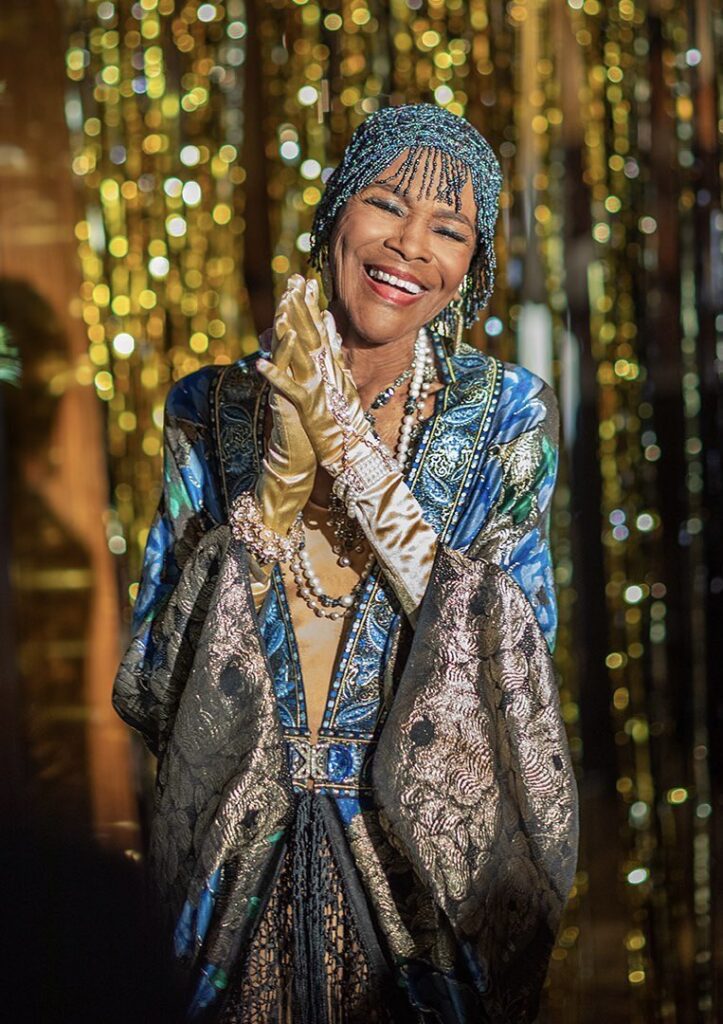 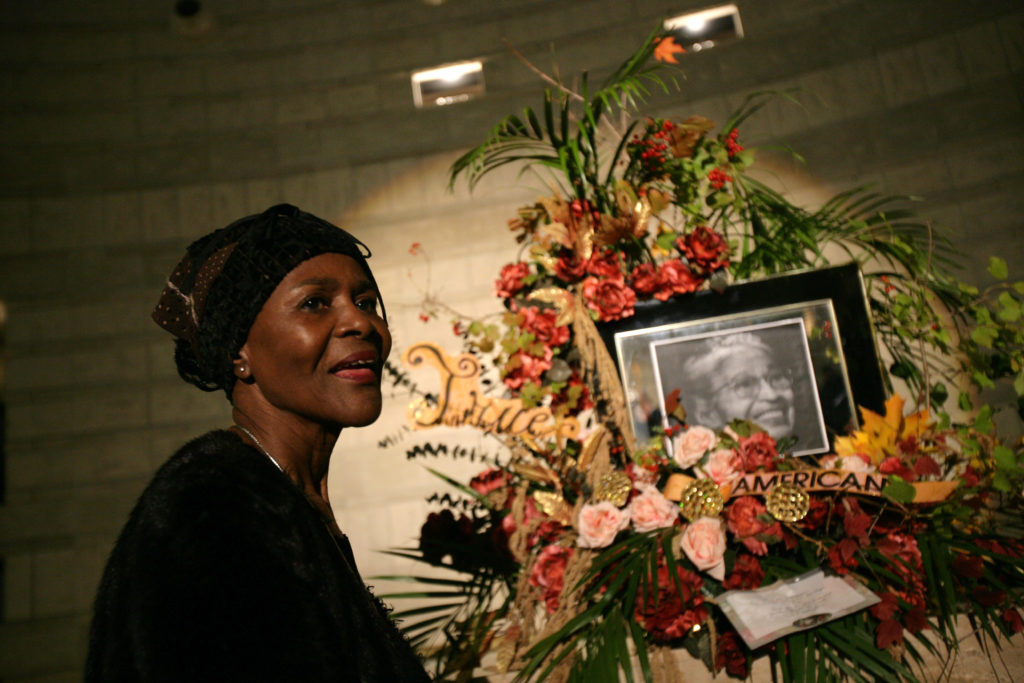 Cicely Tyson walks by a portrait of civil rights hero Rosa Parks at the Charles H. Wright Museum of African American History in Detroit, Michigan, on October 31, 2005. Parks’ refusal to give up her seat on a Montgomery bus to a white man 50 years ago helped break racial segregation in America. Parks died on October 24, 2005, at her home in Detroit at age 92. Her funeral is scheduled to take place in Detroit on Wednesday. REUTERS/Susan Tusa/ Pool Pictures of the month October 2005 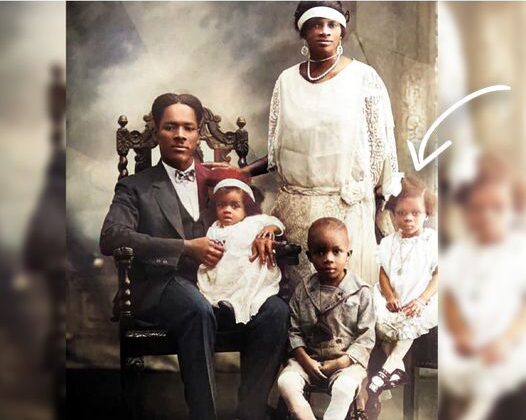