Cicely Tyson was honored during the 3rd Annual National Cares Mentoring Gala: For The Love Of Our Children hosted by Tamron Hall and Dr. Michael Eric Dyson.

Cicely Tyson receives an Honorary Oscar at the 2018 Governors Awards on Sunday, November 18, 2018, in Hollywood 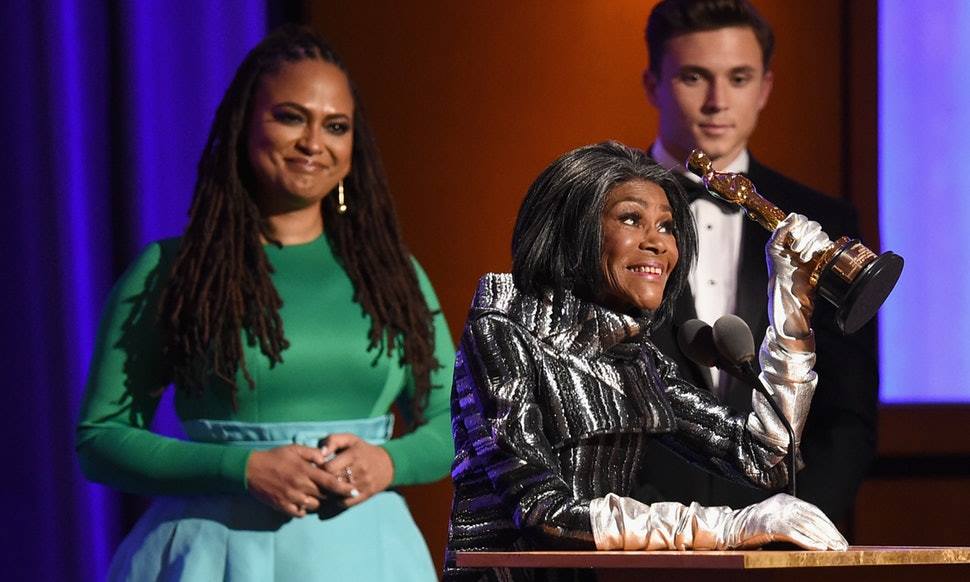 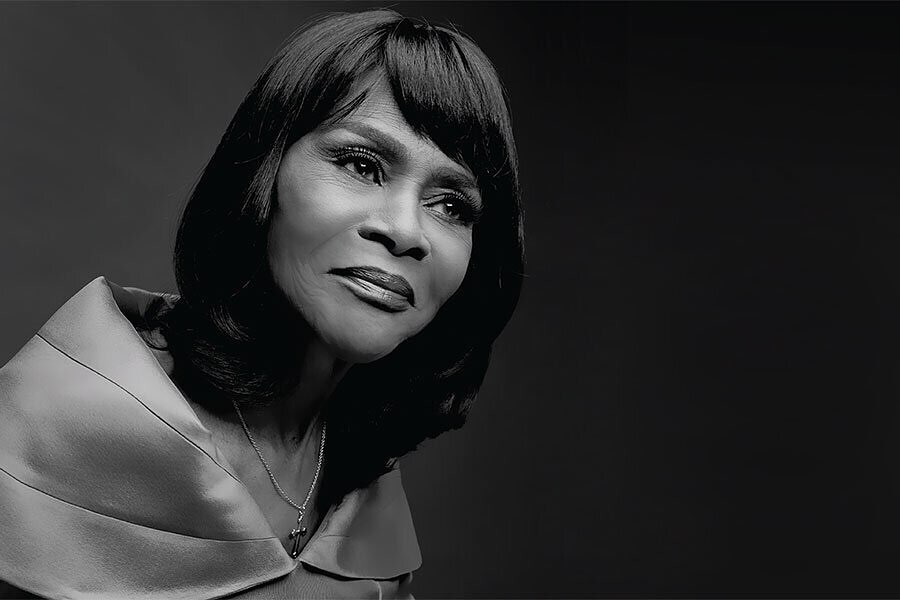 She was always reticent about her age, charity work, and other personal details, like being a good-will ambassador for Unicef in 1985-86 and her marriage to Miles Davis, which ended in divorce.

But she was adamant about dramatic roles. “We Black actresses have played so many prostitutes and drug addicts and housemaids, always negative,” she told Parade magazine in 1972. “I won’t play that kind of characterless role anymore, even if I have to go back to starving.”

And in November 2018, a month before she turned 94, Ms. Tyson received an honorary Oscar, a Governors Award of the Academy of Motion Picture Arts and Sciences. In an emotional acceptance speech in Los Angeles, Ms. Tyson, whose highest accolade from the film industry had been her Oscar nomination in 1972, paid tribute to her mother, who had opposed her plan for a career as an entertainer.

“Mom, I know you didn’t want me to do this,” she said, “but I did, and here it is. I don’t know that I would cherish a better gift than this,” she told the audience. “This is the culmination of all those years of have’s and have-not.”

The Cicely Tyson School of Performing and Fine Arts, a magnet school in East Orange, New Jersey, was renamed in her honor. She plays an active part in supporting the school, which serves one of New Jersey’s most underprivileged African-American communities. 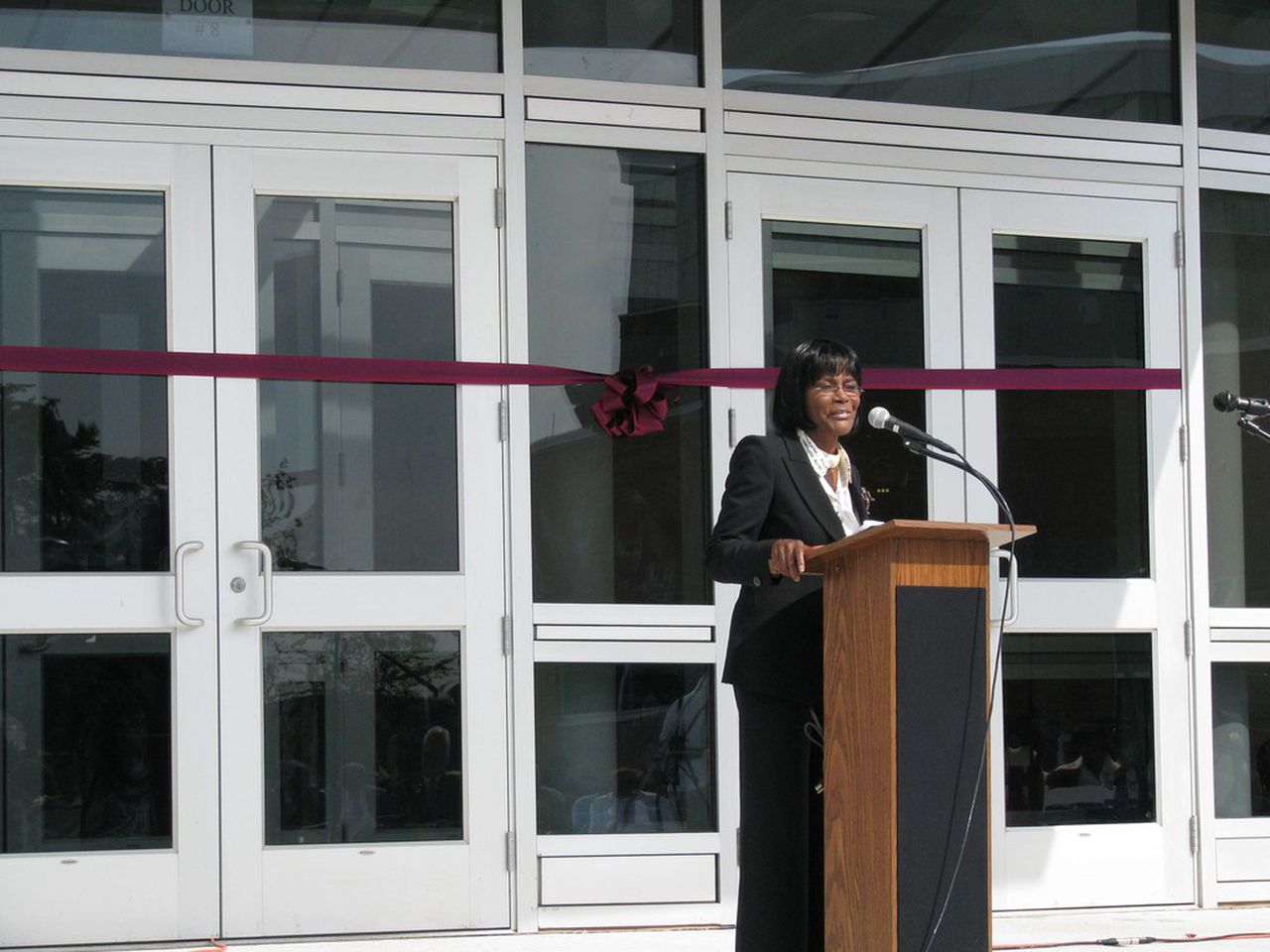 In 1995, the East Orange school board chose Tyson, a three-time Emmy award winner who was also nominated for an Oscar for her 1972 role in “Sounder,” as the school’s namesake. Tyson, who is not from East Orange and grew up in Harlem, said she accepted the offer on the condition that she could participate in school decisions, meetings, graduations, and other events. “I didn’t want my name to just dress a building,” she said. Tyson said after the ceremony that, after seeing the dance and choir students perform, she felt satisfied with the new building, particularly because she could track students through high school. “I came here in November, and I can already see as soon as a year later, the youngsters already excelled so much,” Tyson said. “This has all been one big glory hallelujah.” 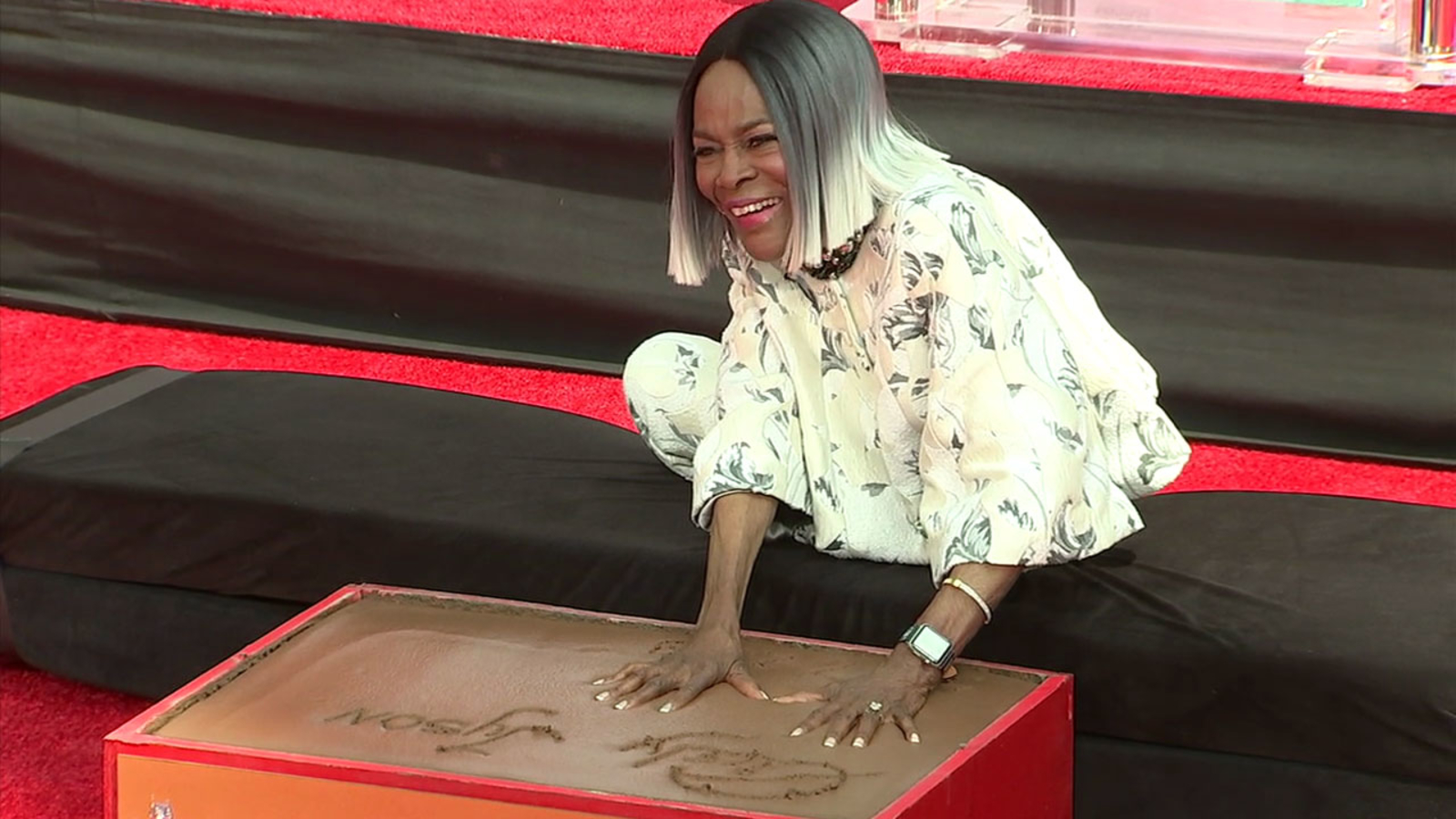 Tyson said many years ago before becoming a well-known actress, she marveled at pictures of the hands and footprints of stars at the theatre. 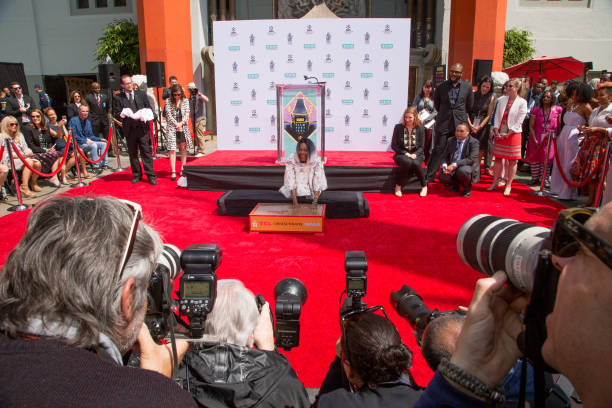 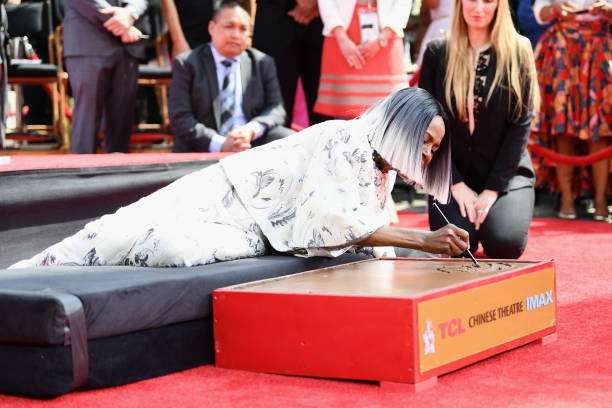 “Never dreaming that one day I would be asked to do the same,” she said during her ceremony.

Tyson got a bit emotional. 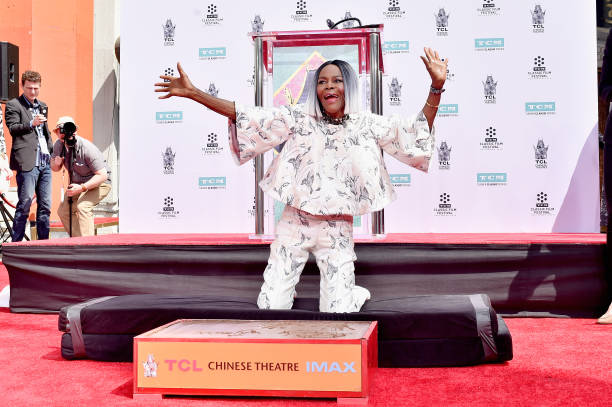 HOLLYWOOD, CA – APRIL 27: Actor Cicely Tyson is honored with the Hand and Footprint Ceremony during the 2018 TCM Classic Film Festival at TCL Chinese Theatre on April 27, 2018, in Hollywood, California. 350671. (Photo by Stefanie Keenan/Getty Images for TCM)

Tyson has had a more than 60-year, award-winning career as an actress starring in hits such as the mini-series “Roots,” “The Help,” and much more. She said she never waived from pursuing her destiny. 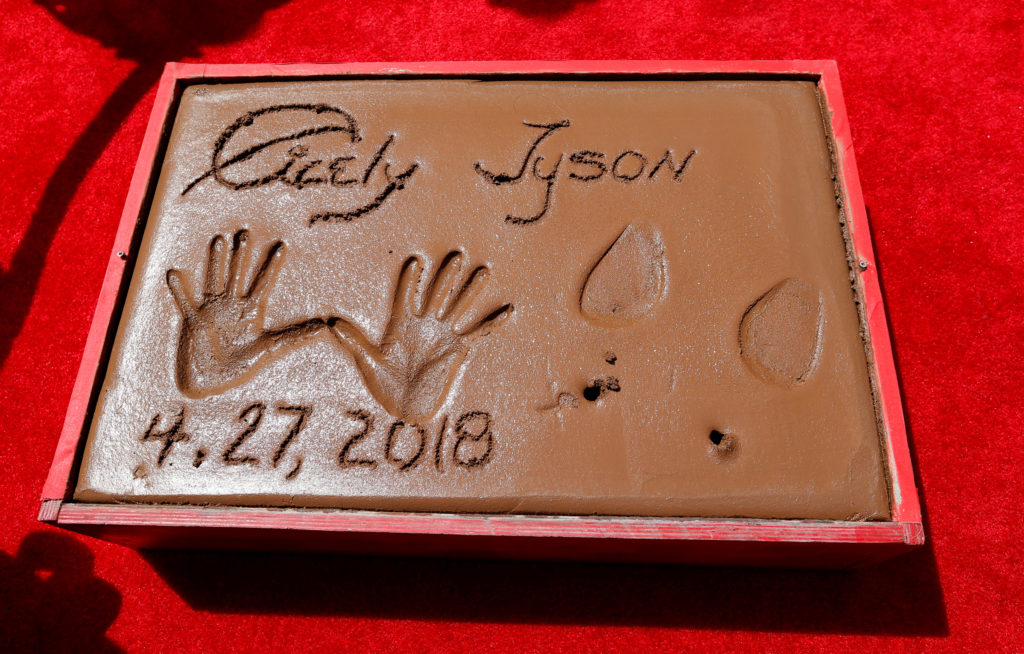 The handprints, footprints, and signature of actor Cicely Tyson are pictured in cement in the forecourt of the TCL Chinese Theatre in Los Angeles, California, U.S., April 27, 2018. REUTERS/Mario Anzuoni 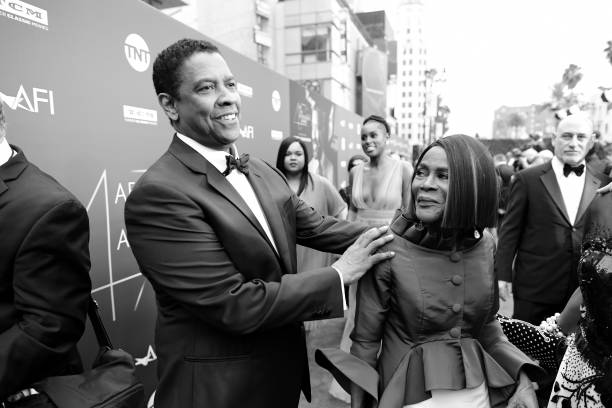 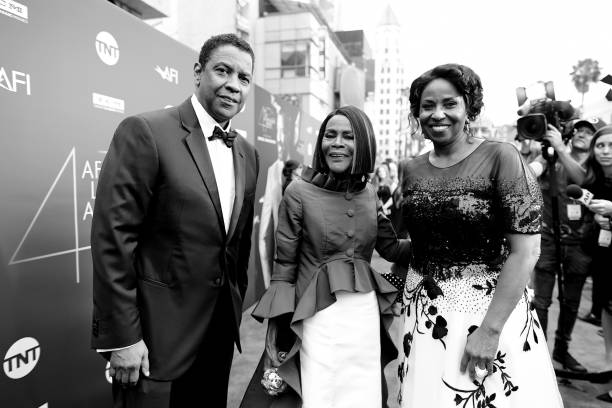 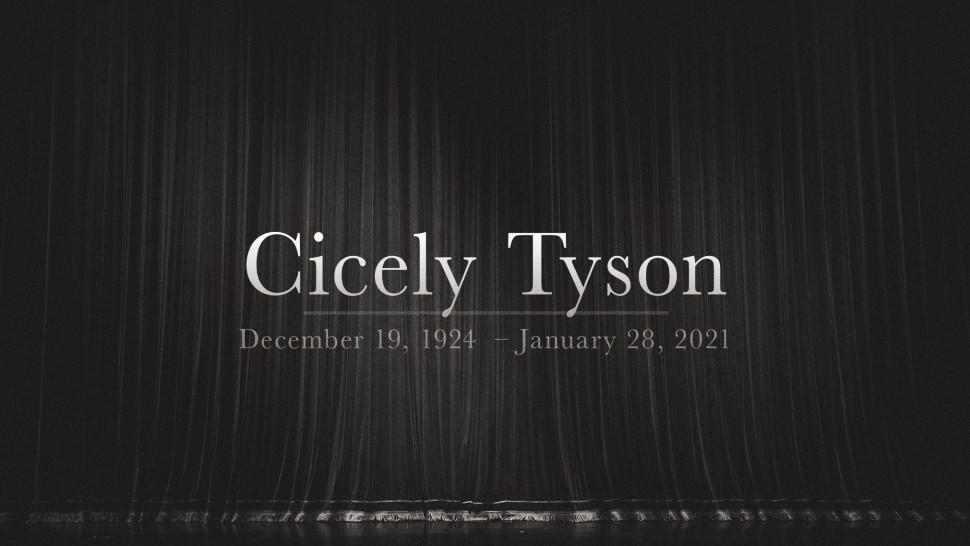