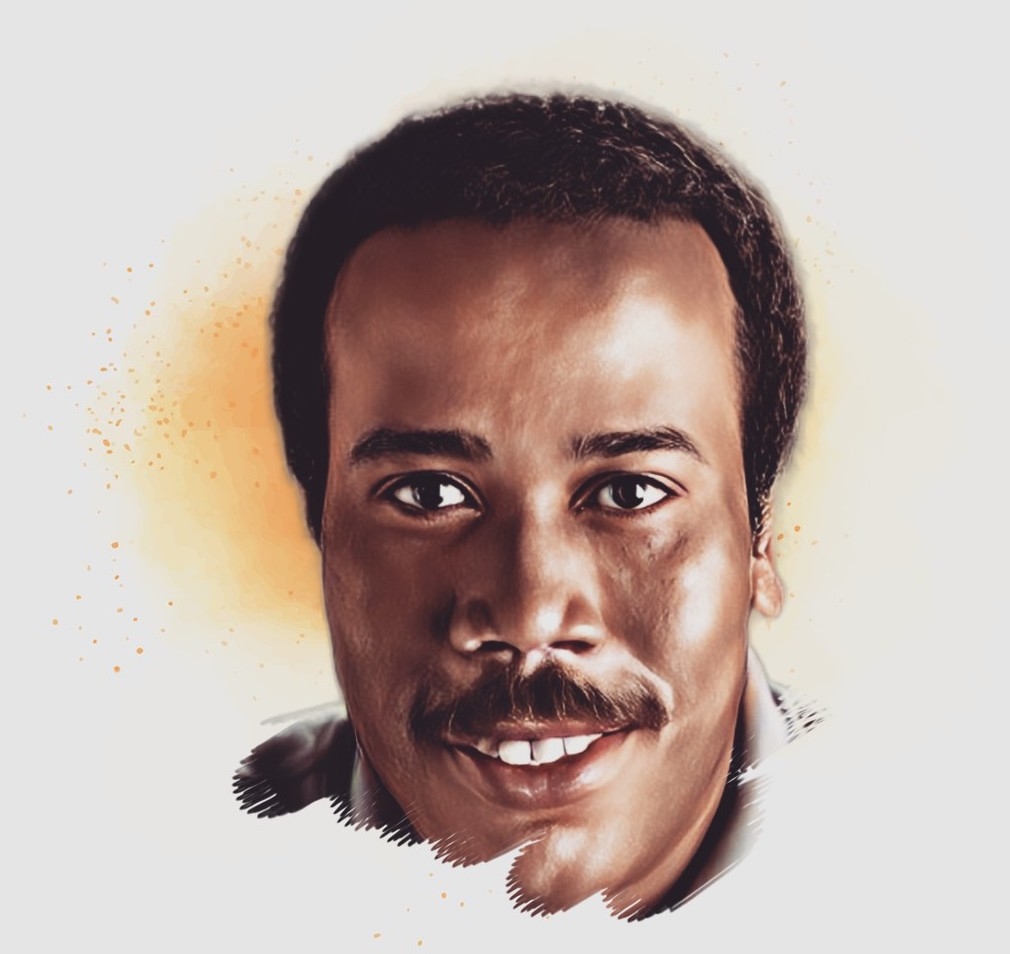 Dale Ricardo Shields is a 2017 winner of The Kennedy Center/Stephen Sondheim Inspirational Teacher Award®, 2017 and 2015 Tony® award nominee for the Excellence in Theatre Education Award, The winner of the 2017 AUDELCO/”VIV” Special Achievement Award, The 2020 & 2021 ENCORE AWARD / The Actors Fund and The 2022 Legend Award – Ohio University

He was the assistant director to Lloyd Richards for the New Federal Theatre premiere production of Ossie Davis’ play A Last Dance With Sybil starring Ruby Dee and Earl Hyman at the New Federal Theatre. As an actor he has appeared on Saturday Night Live, Another World, Guiding Light, The Cosby Show, and the ITV television series Special Needs and commercials and film.

Dale is a member of the Actors Equity Association, Screen Actors Guild, the American Federation of Television and Radio Artists, and the American Guild of Musical Artists performance unions and an associate member of the Society of Stage Directors and Choreographers.

Archivist, Historian, and Creator of

Dale was honored to be inducted into the academic fraternity Phi Kappa Phi upon graduation from Ohio University.  The Honor Society of Phi Kappa Phi’s international community is a unique blend of students, academicians, and corporate and civic leaders from all fields of endeavor. Membership in The Honor Society of Phi Kappa Phi means that you are among the very best and brightest that your university has to offer, not just in your chosen field of study, but among all academic disciplines. The Honor Society of Phi Kappa Phi is the nation’s oldest and most selective all-discipline honor society.  He also was awarded the In Honor of Ancestral Sacrifices award for Upholding the Dream in June of 1994 from Ohio University. He has received numerous other awards and decorations from The South Bronx Community Action Theatre, Denison University’s Center for Black Studies and The Department of Theatre The Office of Black Student Affairs -The Black Students Association –Men of Harambee –The Woman of Diaye of The College of Wooster and Educator of the year awards, to name a few.

As a University Professor, Shields has received two Outstanding Professor Awards and three Educational Program of the Year awards. In 2015, Shields was nominated for the inaugural “Excellence in Theatre Education Award”. This award is a collaboration between the Tony Award and Carnegie Mellon University. The award recognizes a K-12 theatre educator “who has demonstrated monumental impact on the lives of students and who embodies the highest standards of the profession.”[17] 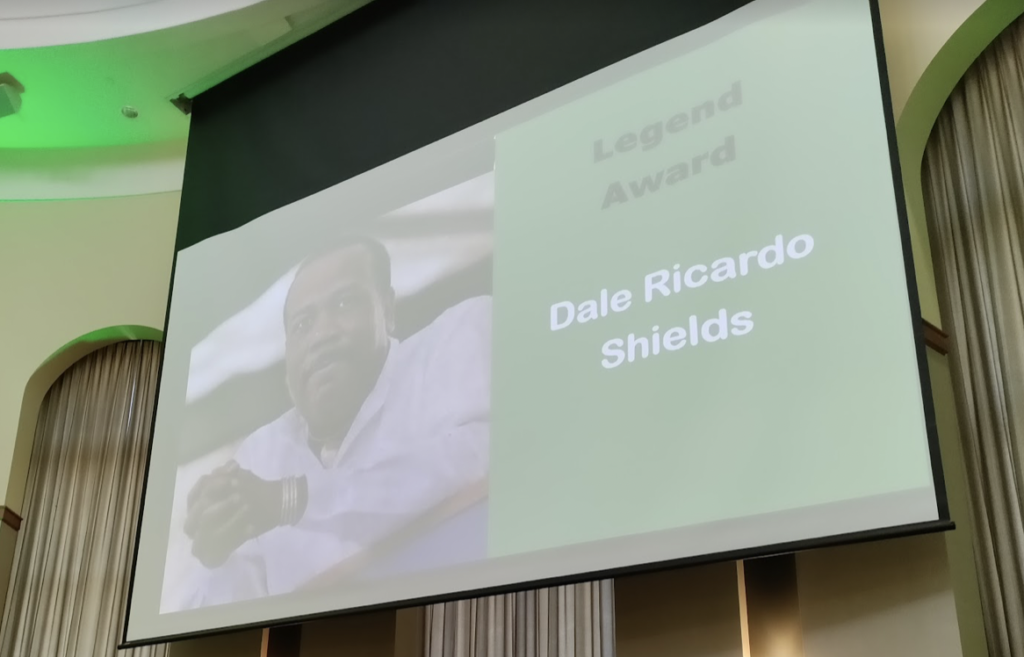 Shields holds a legendary and award-winning resume as an artist and educator, historian, and activist in the arts. His professional work as an actor, director, and stage manager spans Broadway, off-Broadway, television, and film and includes acting credits on “Anyone Can Whistle,” “The Cosby Show” and “Saturday Night Live.” As an educator, Shields has taught workshops and classes for several programs and institutions across Ohio and the United States, garnering him prestigious awards that include the 2017 Kennedy Center/Stephen Sondheim Inspirational Teacher Award®, the 2017 AUDELCO/“VIV” Special Achievement Award, The Actors Fund 2020 and 2021 ENCORE AWARD, and a 2015 Tony Award® nomination for the Excellence in Theatre Education Award. Shields’ drive to preserve the history of African American and Black actors includes the creation of the Facebook website Black Theatre/African American Voices and IForColor.org.

Congratulations to Project1VOICE’s own Dale Shields on being selected to receive the 2022 Ebony Bobcat Legend (EBN) Award. This award honors the significant accomplishments of Black alumni at Ohio University, his contributions to the University, the EBN, and the communities they serve. Dale is the Project1VOICE Midwest Liaison. He has directed One Play One Day events for Project1VOICE in Cleveland since 2011. We are so proud of Dale and all he does to keep Black theater history alive and vital!
Congratulations, my dear friend congratulations, so proud of all that you put forth in this world. What an honor to know you and your work!
Erich McMillan-McCall
Project1voice
Professor Dale Shields, you are paramount to our Theatre Arts/Creative community. Your ongoing legacy of brilliantly directed theatrical productions continues to evolve, influence, and embrace our next generation.
Congratulations
on receiving the prestigious 2022 Ebony Bobcat Network Legend Award from The Black Alumni Association of Ohio University.
In 2017 I was proud when you received The Kennedy Center/Stephen Sondheim Inspirational Teacher Award and AUDELCO Award. Dale, many of the awards you will continue to receive will always be from your former college students, who gave you a creative platform to excel in life.
Dale, thank you for your unrelenting contributions to the current and historical narratives of Black, Theatre,
and Art. You fill our world wide web with honest and direct information.
Next year, I look forward to you directing your new and exciting theatrical play/project in New York City.
Congratulations
again, and All Success Always.
Mary Seymour
Stony Brook University
Africana Studies
M.A/Ph.D. Fellow

Dale believed that we each had something deep, rich, and valuable to bring to the life of our characters and that it was this same voice that gave certain vitality to our own lives. He believes that we each have something to contribute to the world. Dale walked past and repeated, “Write what is in your heart.” I took a deep breath and poured out my heart – all of the thoughts and emotions that I had been holding onto so tightly because I was afraid to share them with anyone. I finished… I stared at the words. I had no idea this was in me. It was cathartic to put it all on paper. And then Dale asked us to read our monologues… Now, when I hesitate to say something, I think of Dale and know that my voice matters.

I have known Professor  Shields’s work in area theater productions and have visited his excellent classes. I  have  attended his  thought-provoking productions. he is  incredibly passionate, understanding, compassionate, intelligent, engaging, truthful, and persistent. His “real-world  experience” is a major positive component of working with him.  He leads by example, actively striving to cut down barriers and serve as a role model for students.

I can comment with authority and knowledge about Dale Shields in the areas of teaching, performance/research/scholarship, and community service. Dale is one of the most energetic, passionate, and committed Teacher and Scholar I have encountered at four different institutions over more than thirty years of teaching.”

The past two decades have witnessed Dale’s research across the Internet, information that he freely shares with all who are interested.  In an in-depth factual format, he enlightens the public with the history of Black, Latinx, and Indigenous American art forms. I share his drive to educate people on the history and cultural contributions of communities of color. This shared passion exemplifies just one more reason Dale and I have remained friends all these years

Dale Shields is a born teacher, exacting, tactful, well-organized, nurturing, articulate, kind, intelligent, and generous. He is mature, his principles are tested and heartfelt. He is sophisticated but he is not cynical. As a director he’s supportive of artistic concerns and knowledgeable about technical concerns. He knows how to build bridges and foster group problem-solving. His productions make people laugh and cry, and actors lucky enough to be in them have told me how Dale’s direction and example have changed their lives. All along he’s been building bridges on-line, honoring the contributions of great theater people he’s worked with and learned from.