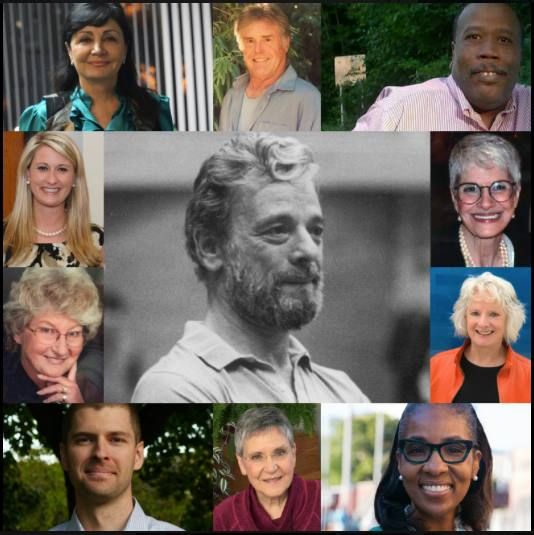 “My work as a teacher, acting coach, or workshop leader has always focused on the student as an individual. Every activity, movement, space, and word is an arena of knowledge. I did not choose to teach. Teaching chose me. ‘Your opinion matters here,’ I tell them in whatever role I occupy. My mantra as a teacher is: ‘Find your own voice.’ Motivating those new voices is why I teach.”

“Dale believed that we each had something deep, rich, and valuable to bring to the life of our characters and that it was this same voice that gave certain vitality to our own lives. He believes that we each have something to contribute to the world.” 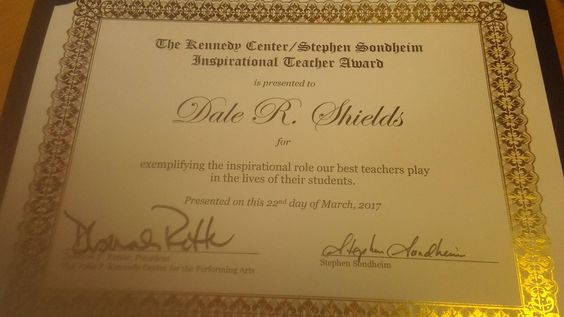 A Story by Nicole Brinkmann Reeves

Dale Ricardo Shields taught me that I have a voice.

I was the shy girl who never thought enough of her own ideas to speak up in class. Then, I met Dale. He taught the History of Black Theatre in America, and as he talked about Dorothy Dandridge, Ossie Davis, Ruby Dee, August Wilson, Ntozake Shange, and others, he told us the stories of how they made their voices heard. A world unfolded before me that was so much bigger than the small, whiter-than-Wonderbread, Midwestern town where I grew up.

I wanted to learn everything Dale could teach me. I ran crew for productions he directed, and I watched the actors grow, develop, and take shape under his guidance. It was a beautiful process, and I couldn’t resist. I signed up for Acting 101 with Dale.

He challenged us to look inward, confront ourselves, and find our voices. I loved learning from Dale, and I thought that was sufficient. But Dale knew there was more in me – more than I knew myself.

One day, he gave us the assignment to write a monologue: Write what is in your heart. I stared at the blank page. Dale walked past and repeated, “Write what is in your heart.” I took a deep breath and poured out my heart – all of the thoughts and emotions that I had been holding onto so tightly because I was afraid to share them with anyone. I finished, “You think it makes you strong to hold all of this in, but the truth is: you are slowly killing yourself.”

I stared at the words. I had no idea this was in me. It was cathartic to put it all on paper. And then Dale asked us to read our monologues. I began shaking, hoping class would end before Dale called on me, but he called on me, I stood up and read. Maybe if I read quickly, I could just get through it. He stopped me and told me to slow down and start over. I gave him a withering look. He stared me down. I started over. A few lines in, I began to cry. But I survived. It did not kill me. When I finished, Dale very quietly said, “Good. You can sit down.”

Now when I hesitate to say something, I think of Dale and know that my voice matters. So, I take a deep breath and speak.

In many people’s lives, there is at least one teacher who inspired them and helped them become who they are today. In our early years, when we are still being formed, they often see in us more than we see in ourselves, more than our families see, and, as a result, help us to evolve into who we ultimately become. These inspirational people are not often recognized for the life-changing role they have played. These are the teachers who define us, teachers who widen our horizons and encourage us to explore. These teachers are touchstones to paths of achieving more than we might have otherwise accomplished, in directions we might not have gone. To celebrate the significant role of teachers in society, The Kennedy Center/Stephen Sondheim Inspirational Teacher Awards will spotlight some of the country’s most inspirational teachers and recognize them for their contributions.

Each year, The Kennedy Center/Stephen Sondheim Inspirational Teacher Awards will solicit nominations from the general public and notable public figures, providing the opportunity to submit stories about teachers and professors who made a significant difference in their lives.

The Kennedy Center/Stephen Sondheim Inspirational Teacher Awards were created in 2010 in honor of Stephen Sondheim’s 80th birthday and were initiated and funded through the generous support of Freddie and Myrna Gershon.